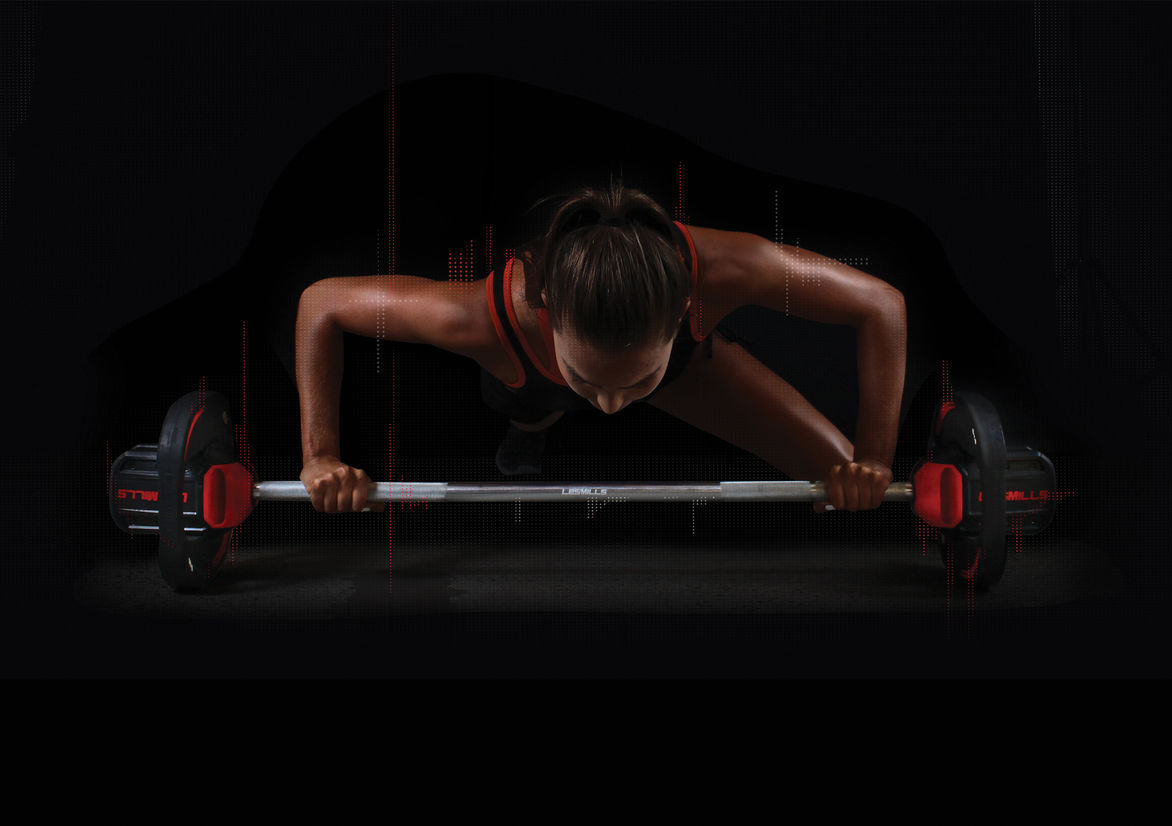 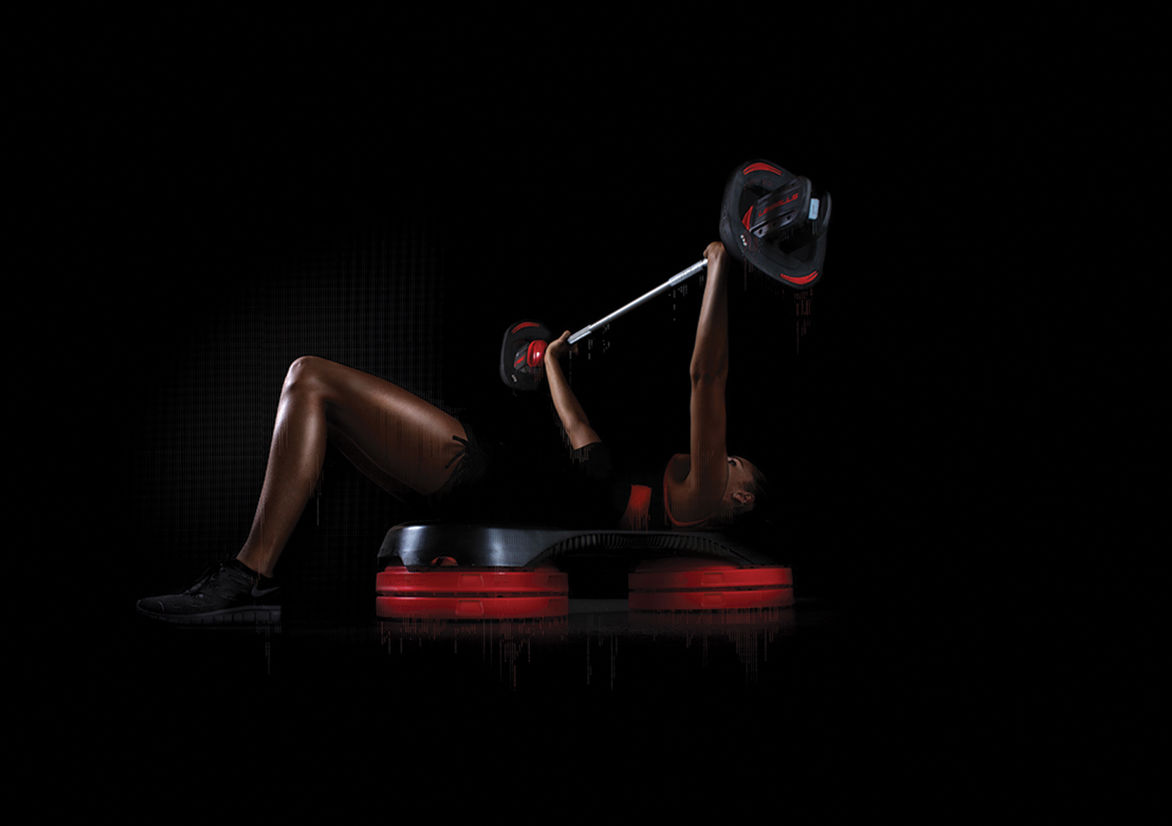 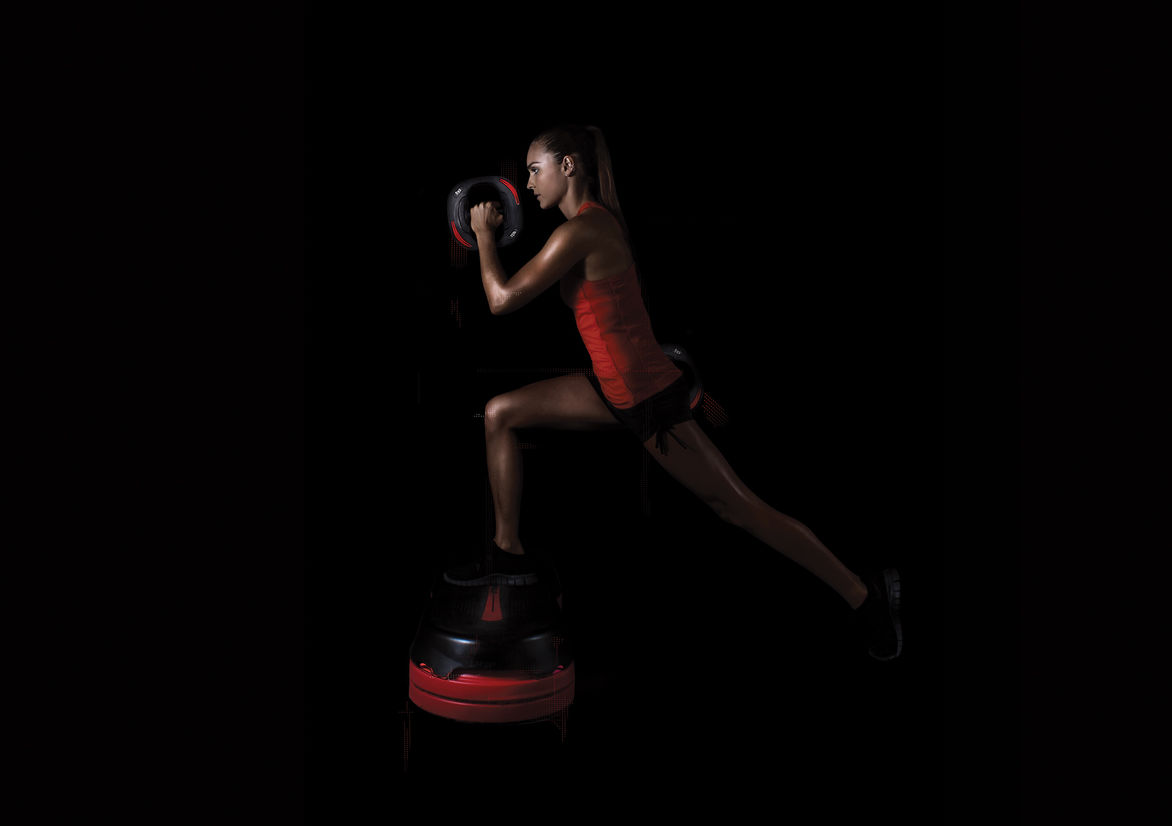 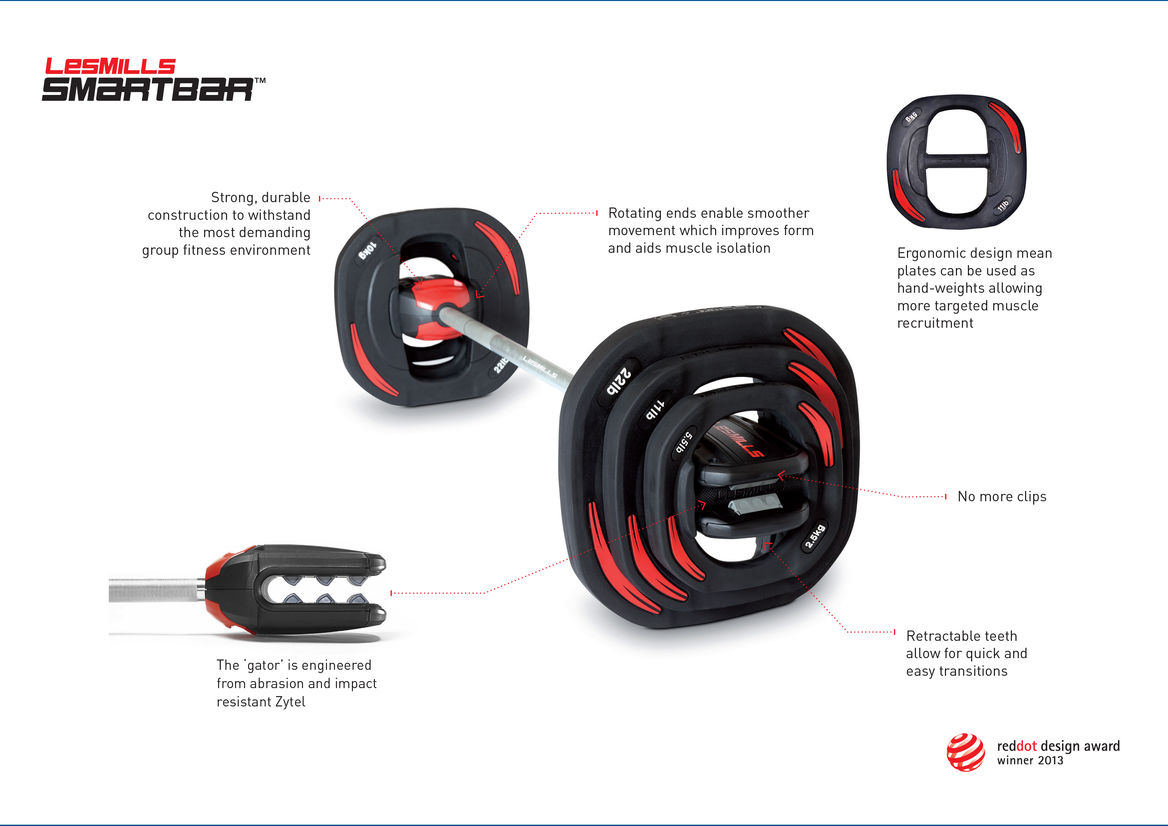 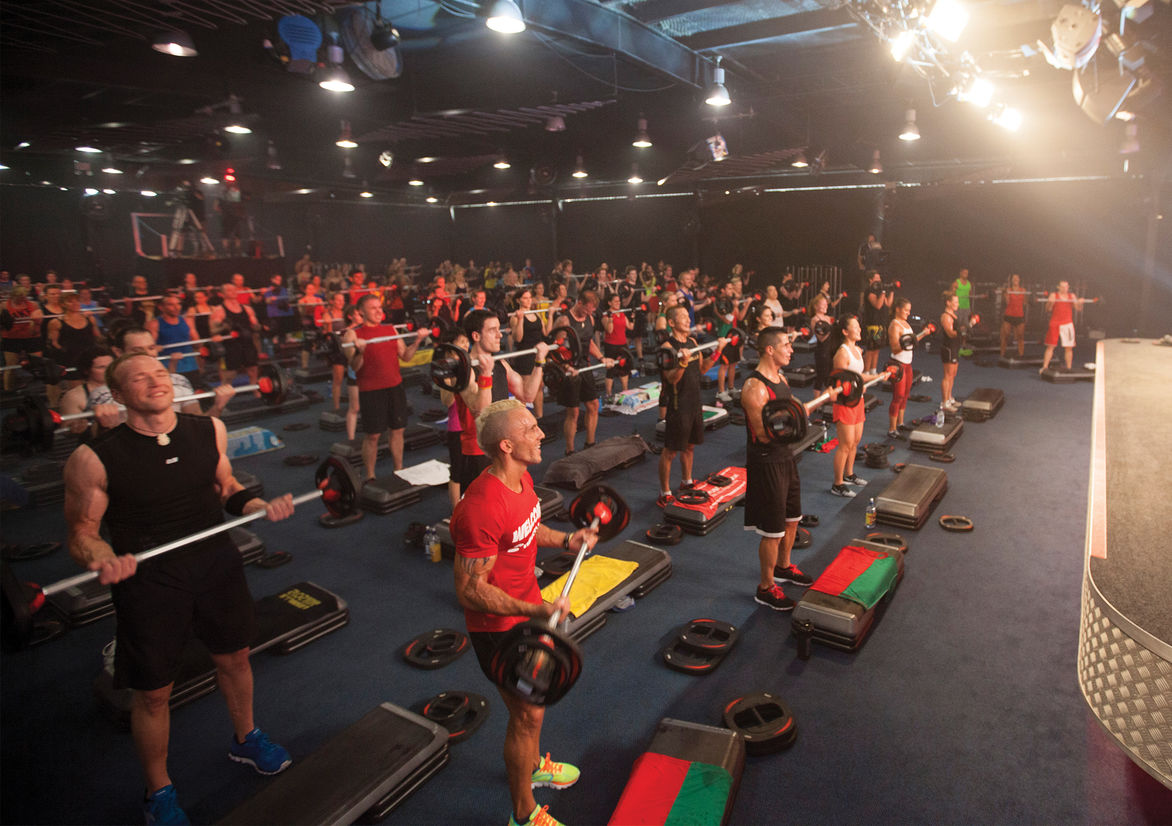 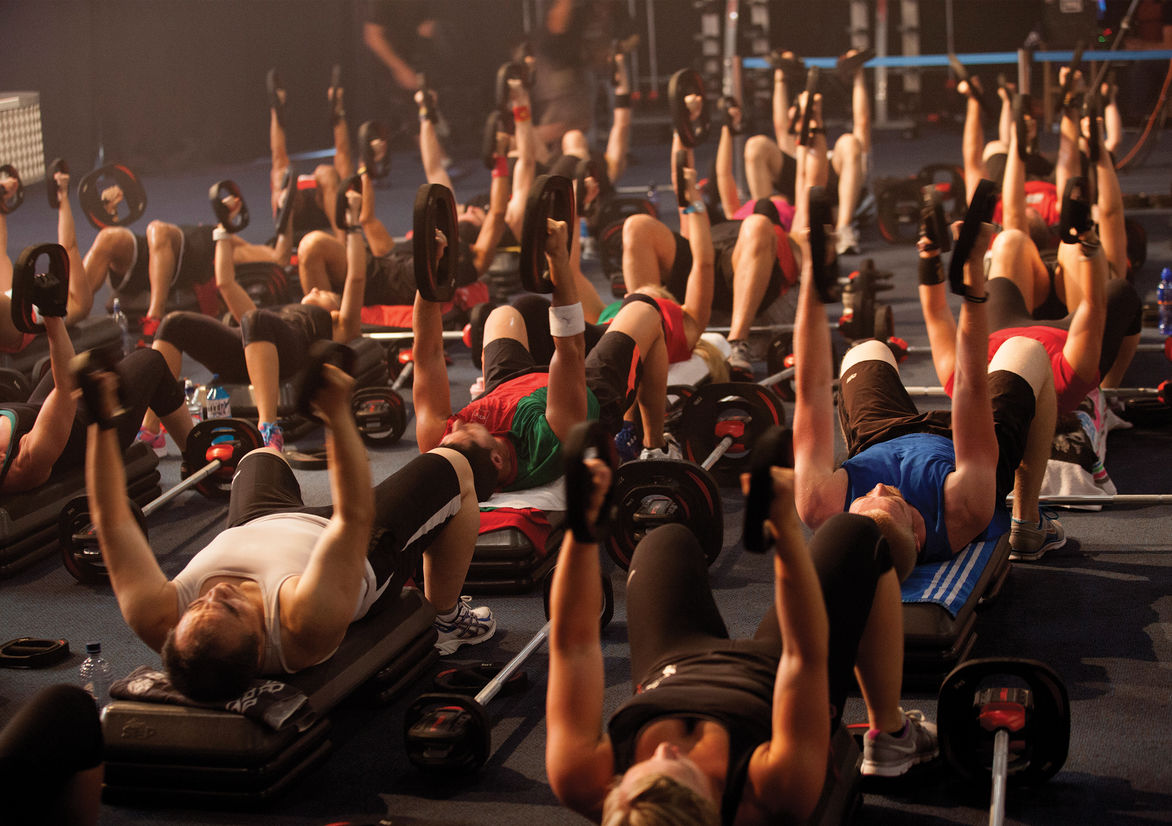 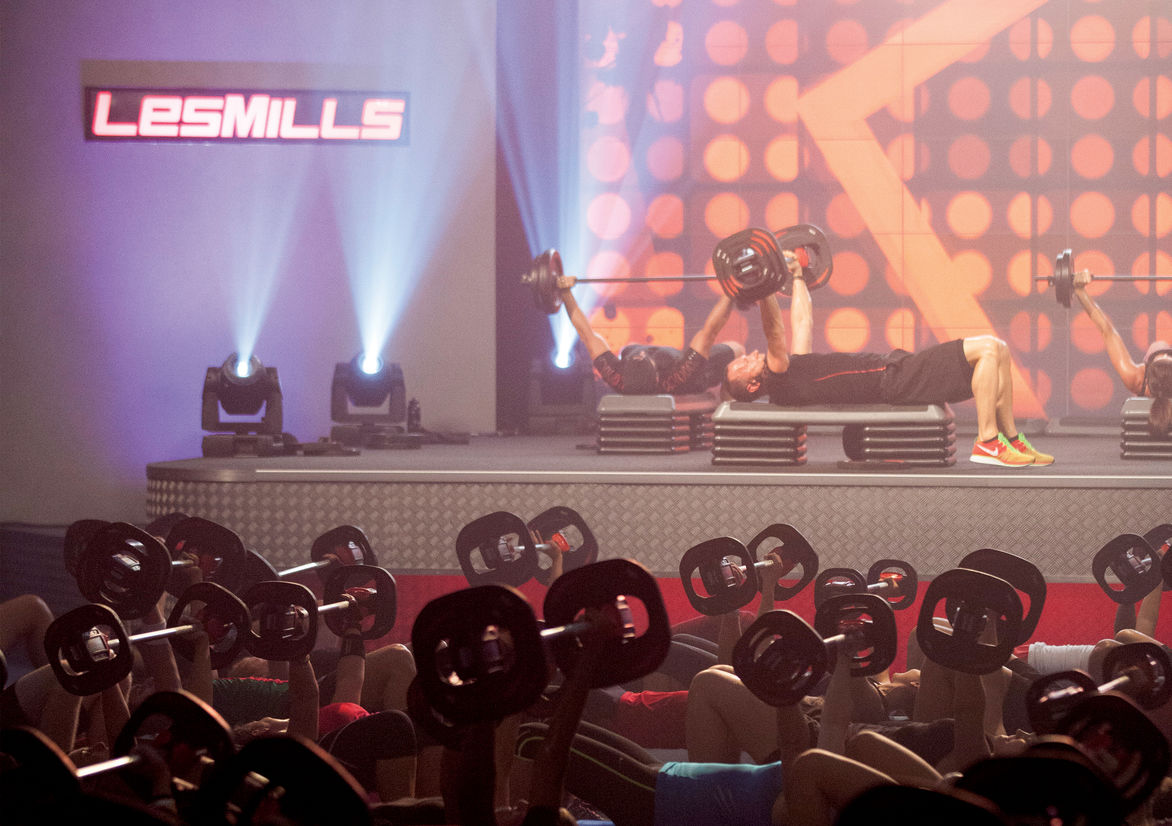 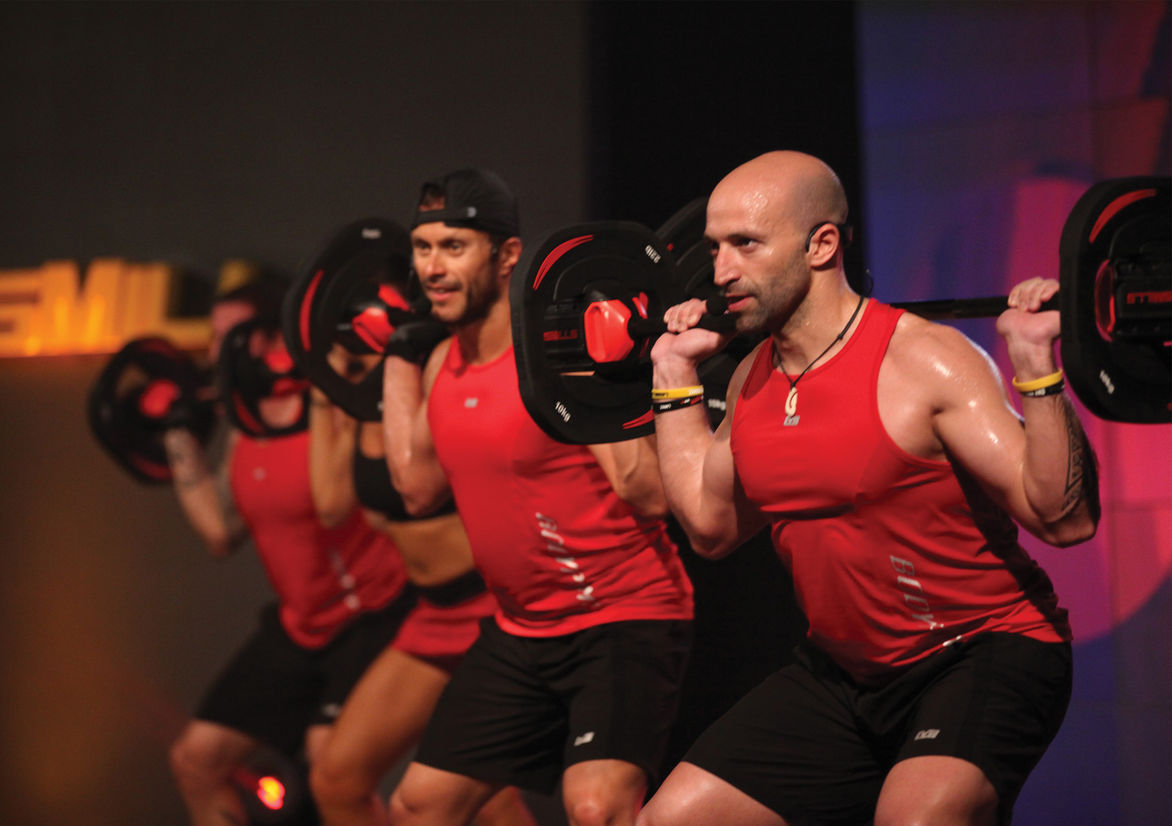 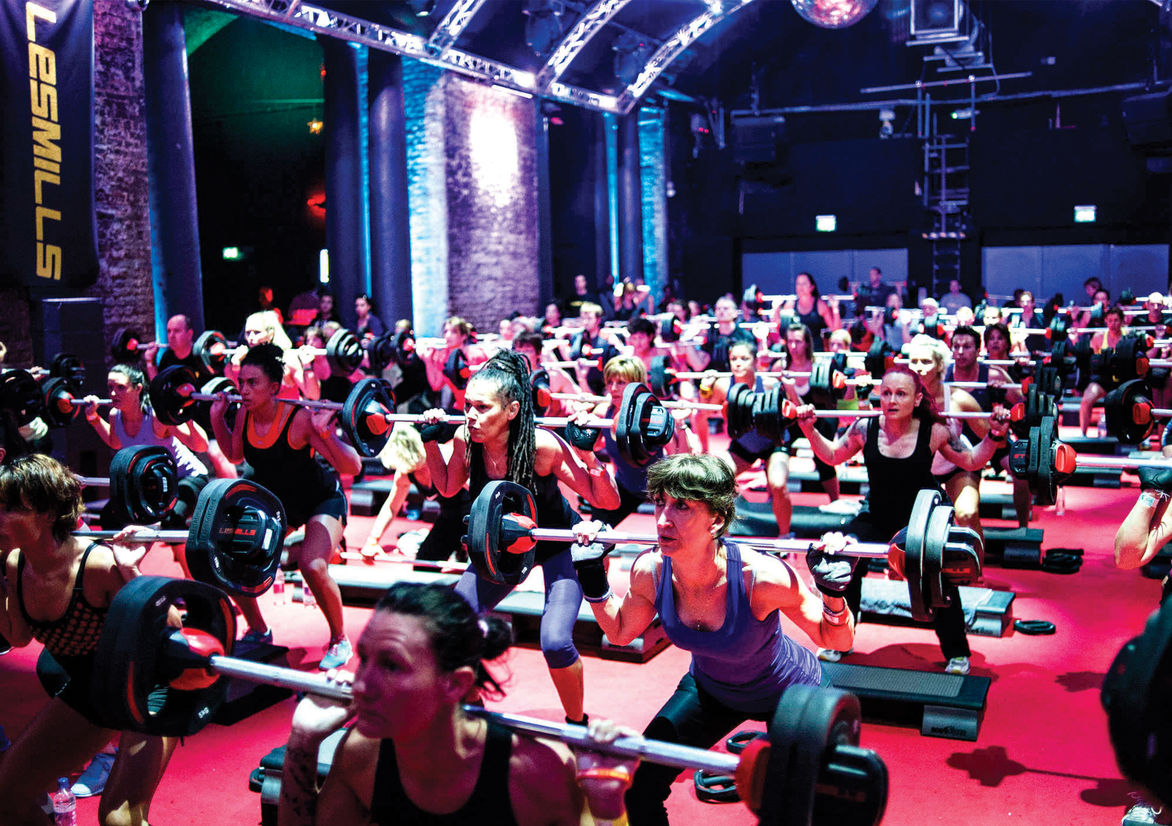 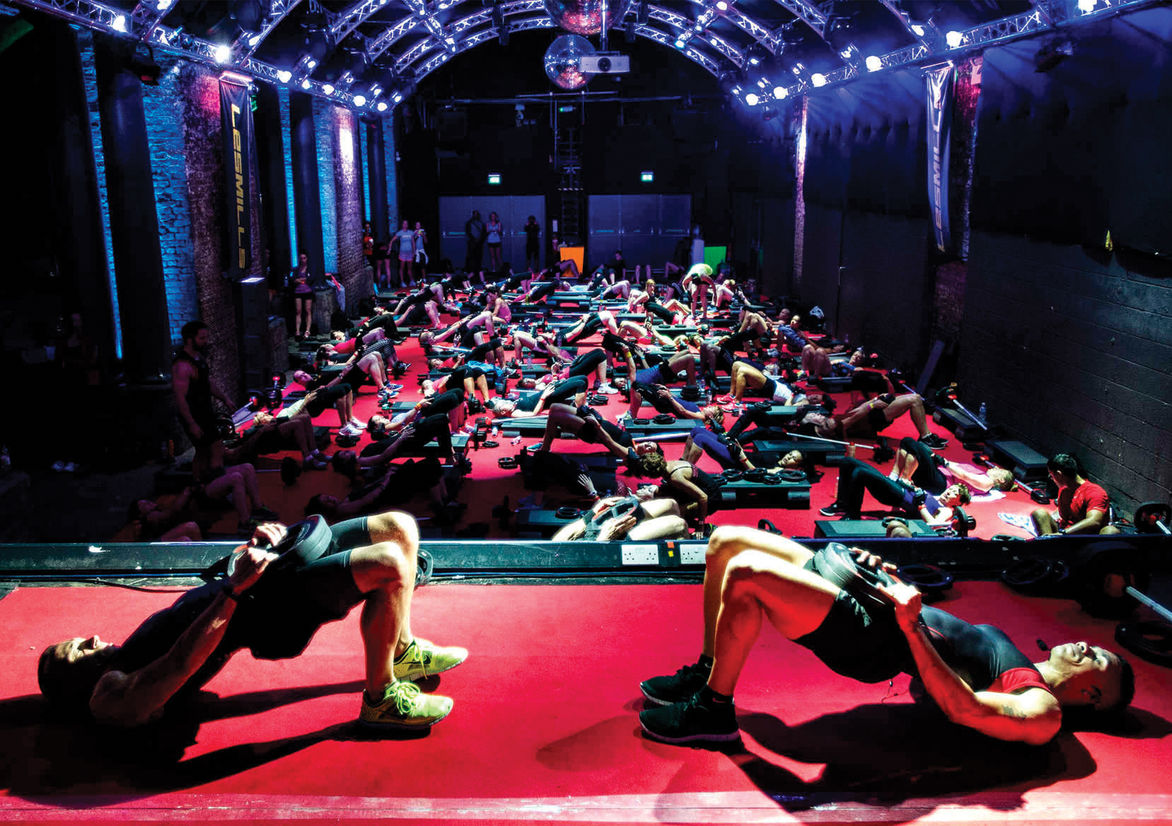 SMARTBAR™ is one of those designs that comes along from time to time and totally reinvents something we have lived with seemingly for ever. The dumbbell must have been largely unchanged for centuries. The SMARTBAR™ deals to the limitations and challenges of the traditional approach building in utility and multiple functionality.
SMARTBAR™ has proved to be a stunning commercial success and is spawning a family of similarly innovative products which are delivering a new revenue stream to Les Mills.

At the 2012 Best Design Awards, the Les Mills SmartBar, designed by Christchurch-based studio 4ormfunction, won a Gold Pin for product design before going on to take out the highly coveted Purple Pin.

At the time, the judges described this reinvention of the ‘dumb bell’, which has a global patent pending, as an “exceptional, international quality piece of product design work”.

One year on, the judges’ eye for quality was reaffirmed by the product’s global commercial success – enough success for SmartBar to win a Purple Pin at the 2013 Best Awards. This time its accolade was for Best Effect, the special category that honours the most important aspect of a product’s development – commercial success. Since its March 2012 launch the Les Mills SmartBar has become available in more than 60 countries. Twelve months later, it had achieved around 20,000 sales, plus 13,700 additional sales of weights sets. At the time, it was reported that the product had returned on its investment five times faster than anticipated.

The Best Effect jury described SmartBar as “one of those designs that comes along from time to time and totally reinvents something we have lived with seemingly for ever”.

“Dumbbells must have been largely unchanged for centuries. The SmartBar deals to the limitations and challenges of the traditional approach, building in utility and multiple functionalities. It has proved to be a stunning commercial success and is spawning a family of similarly innovative products that are delivering a new revenue stream to Les Mills.”

SmartBar was Les Mills International’s first attempt at developing branded fitness hardware. In the early stages of development the company worked with Better by Design, an arm of New Zealand Trade and Enterprise, who consulted on the design process and helped orchestrate the design collaboration with 4ormfunction. The development of the product took around three years, during which the designers and consultants sought extensive user insight and undertook iterative testing.

Aside from its commercial success, SmartBar has received a number of accolades from design and marketing professionals. It has an international Red Dot Design Award for product design, a TVNZ Marketing Award and it helped secure Les Mills International the supreme award at the 2012 Westpac Business Awards.

Within New Zealand product design, there are too few instances of products conquering international markets. David Lovegrove, founder of 4ormfunction, who designed the SmartBar and fellow Purple Pin-winning product SmartStep, puts the success, in part, down to collaboration.

“While 4ormfunction, Christchurch were the hands on designers and engineers it was a collaborative team effort with the team at Les Mills in Auckland. The product would not be as good as it is without each other’s expertise. Evolving a mature design, or doing a facelift is generally straight forward and without risk. When you push to innovate and as a result create new Intellectual Property you embark on different journey. It is a tougher assignment – in that there are many more processes you need to undertake in order to reduce the risk when la launching an altogether new product onto the market.”