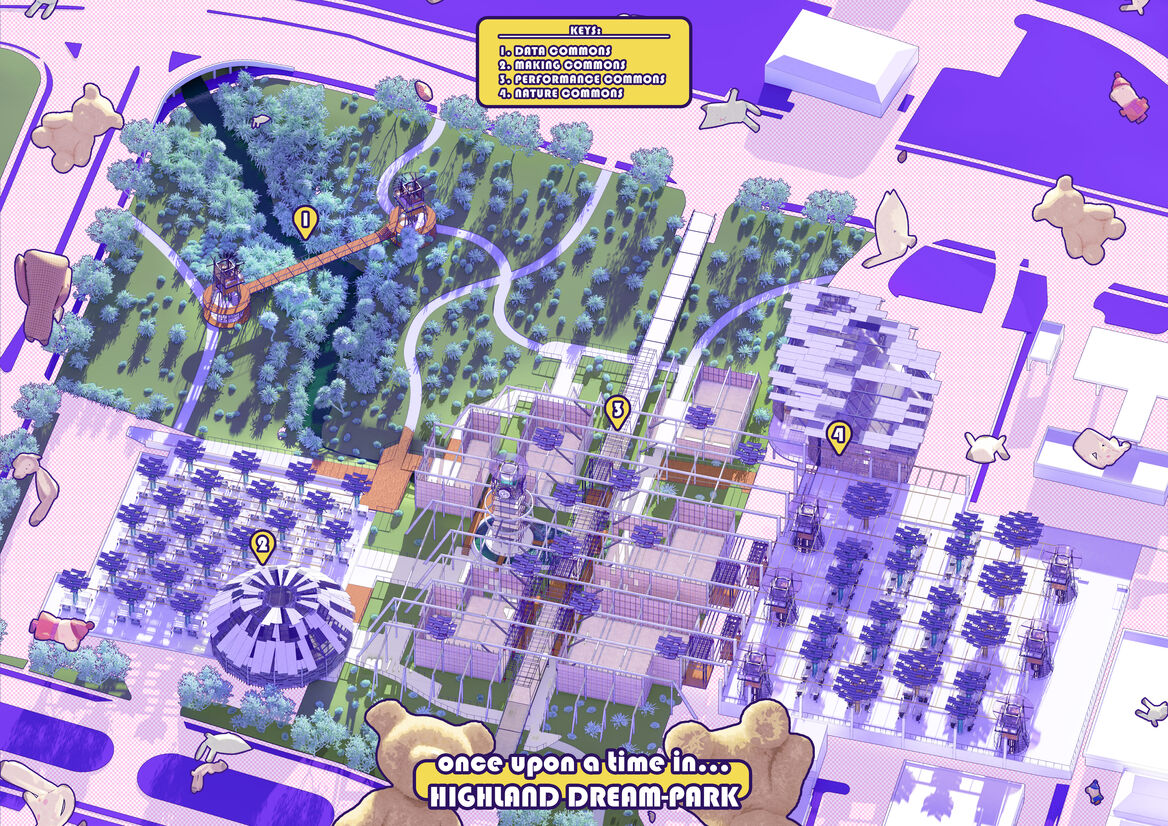 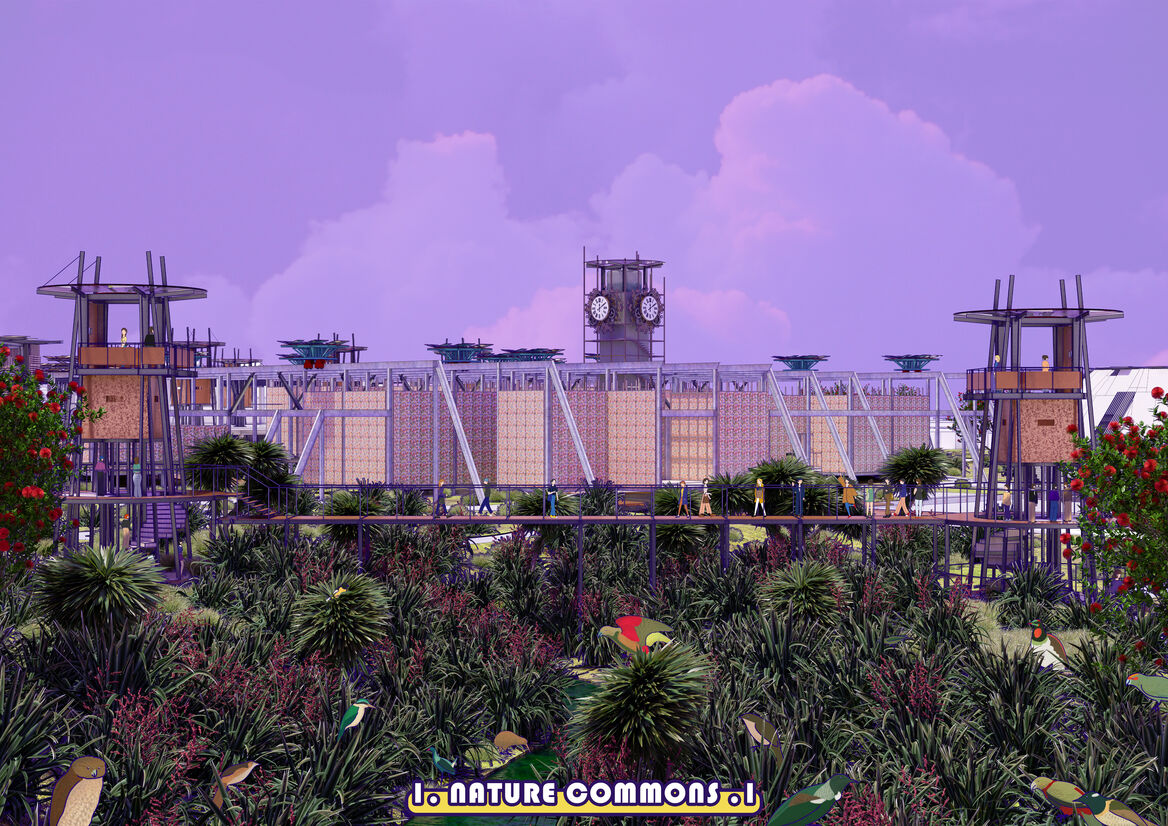 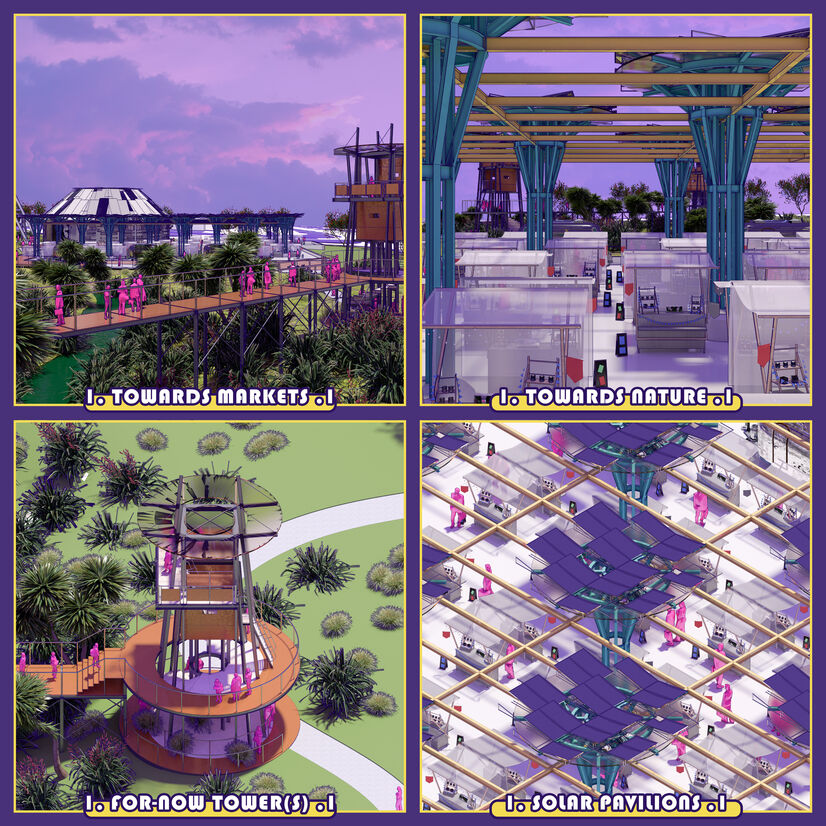 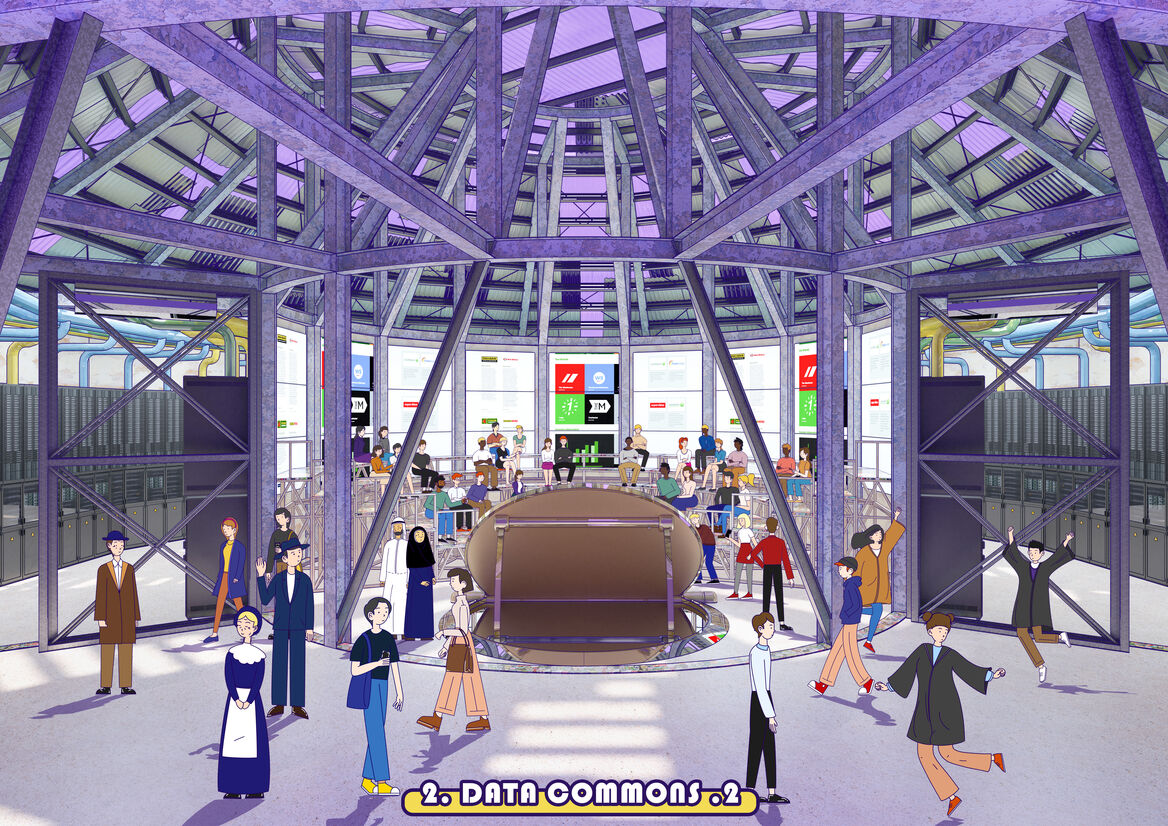 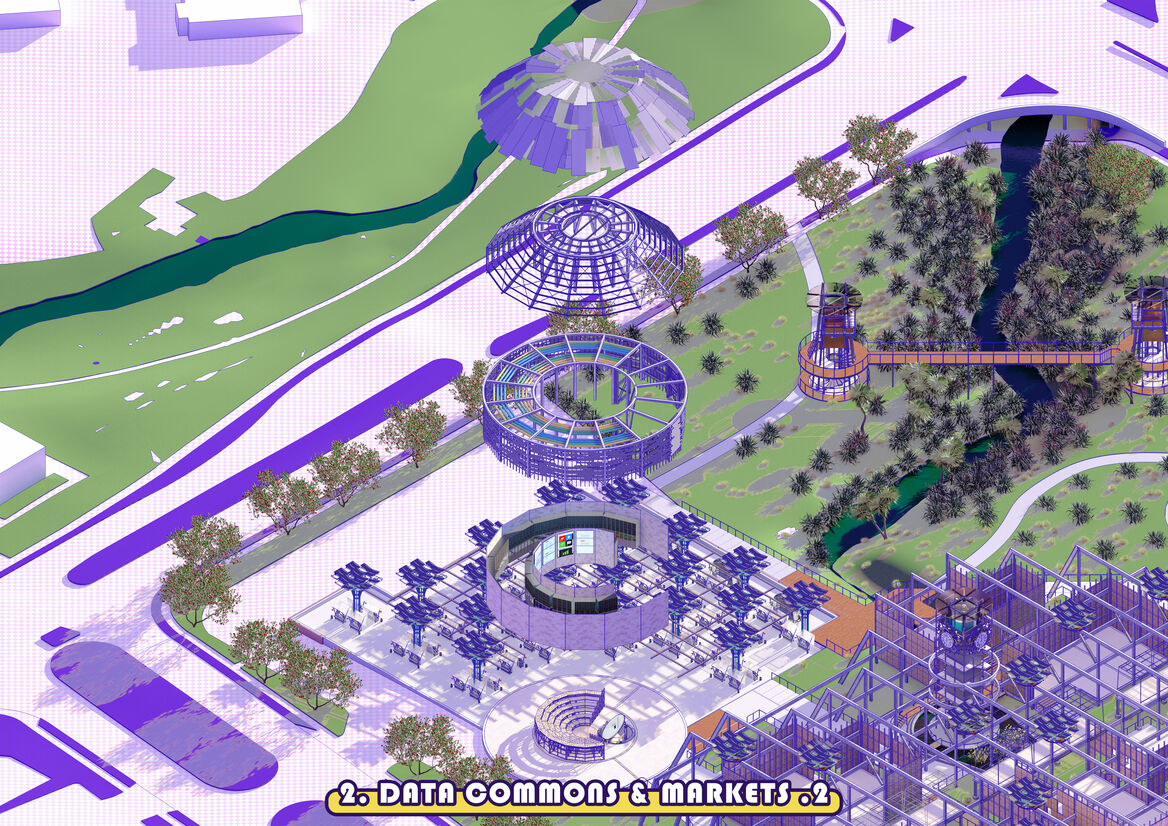 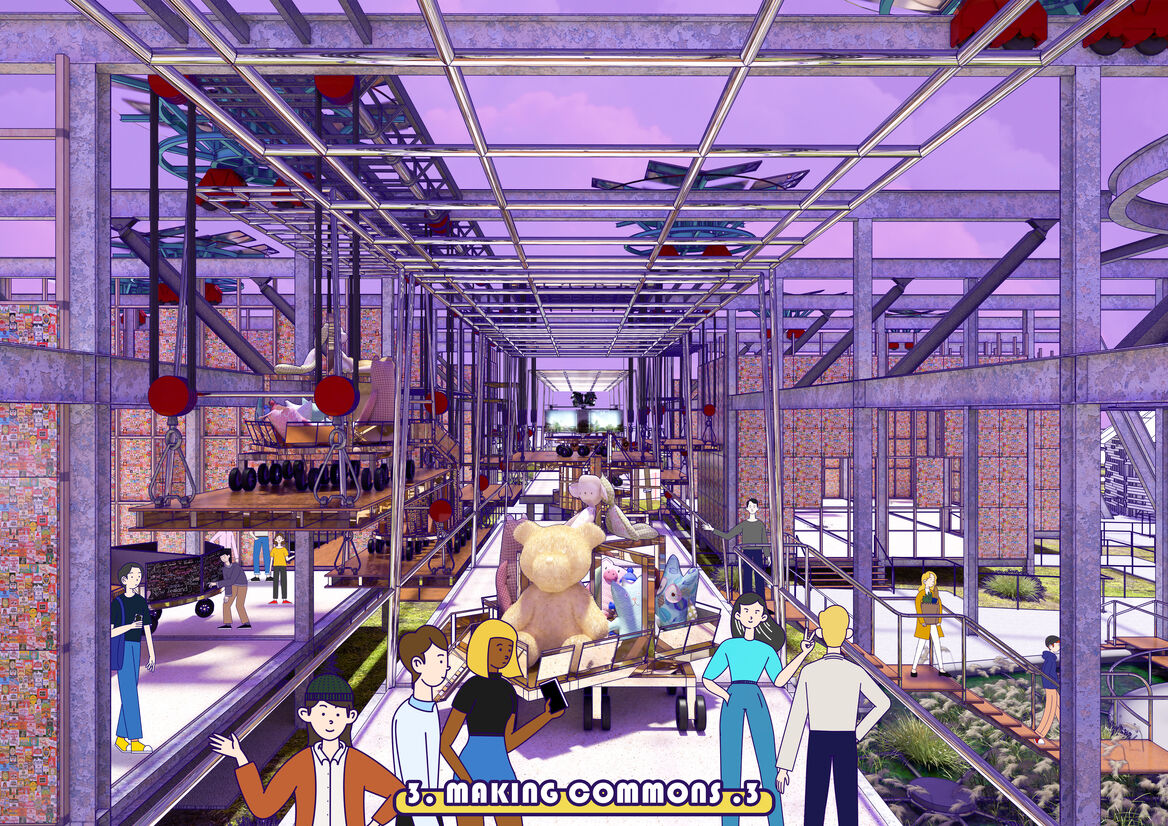 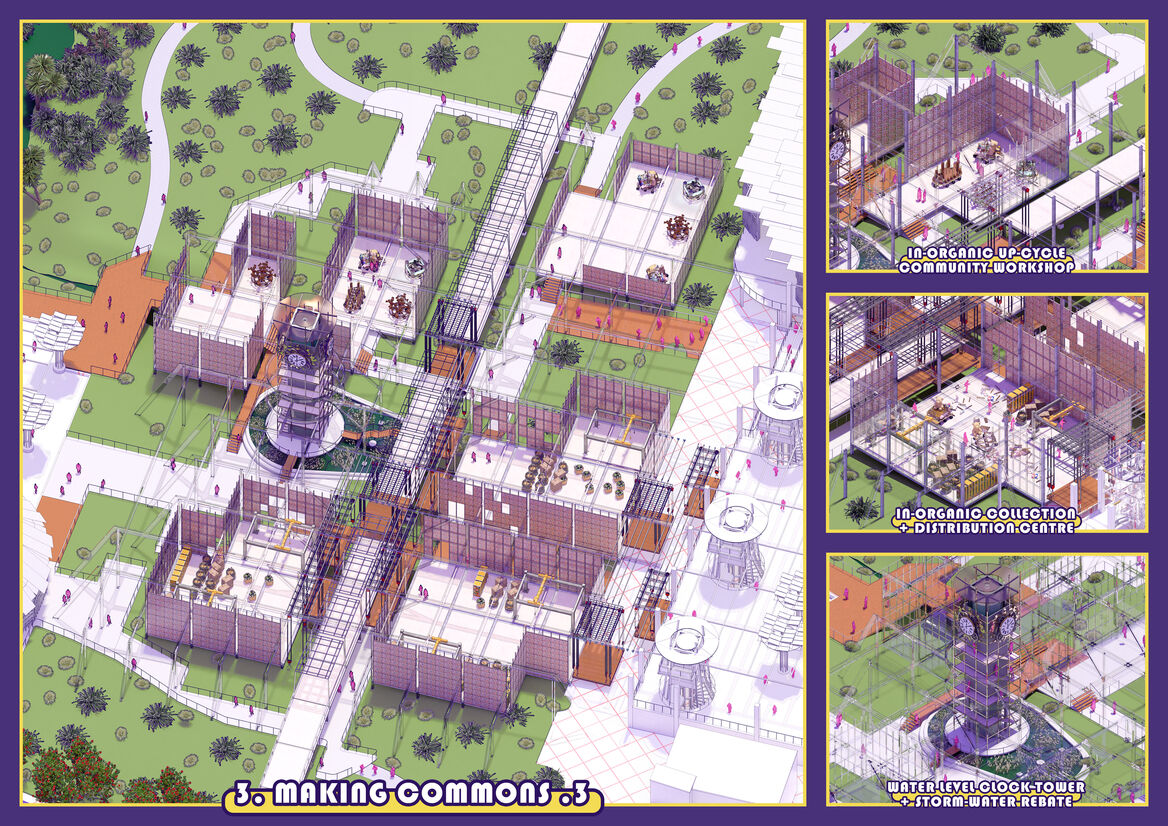 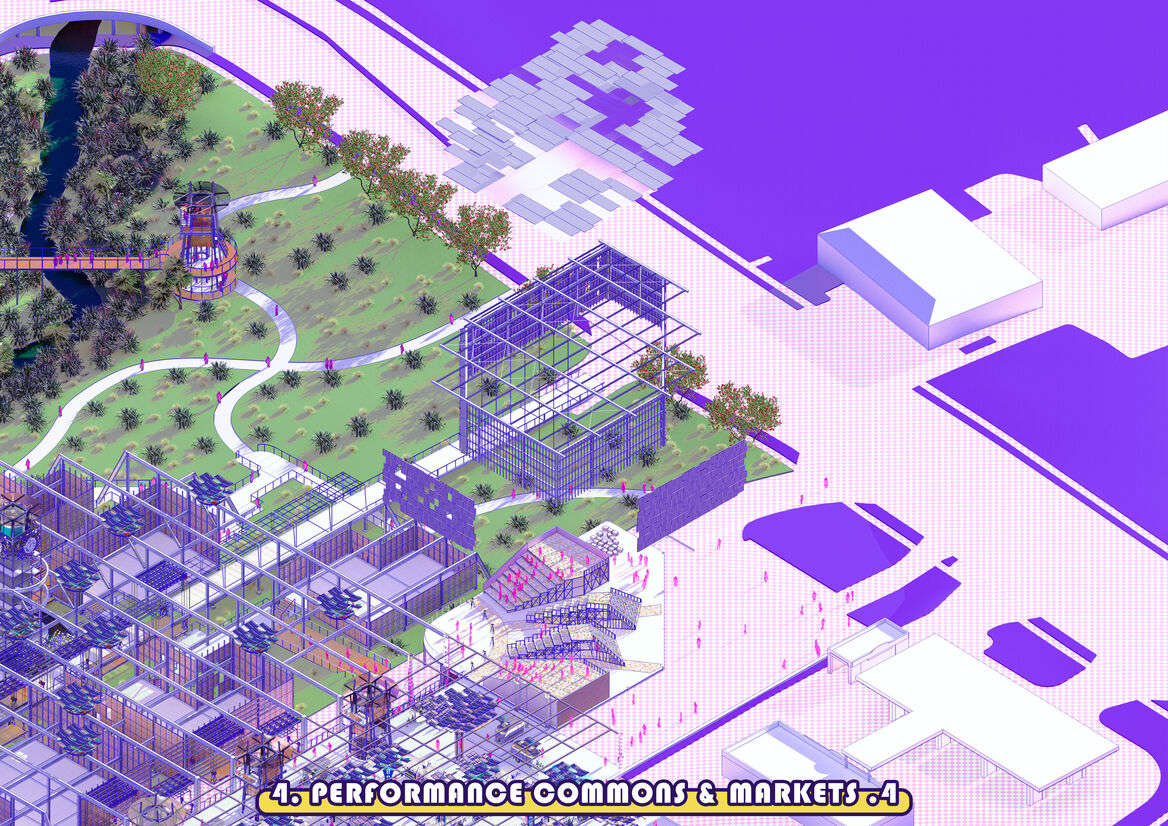 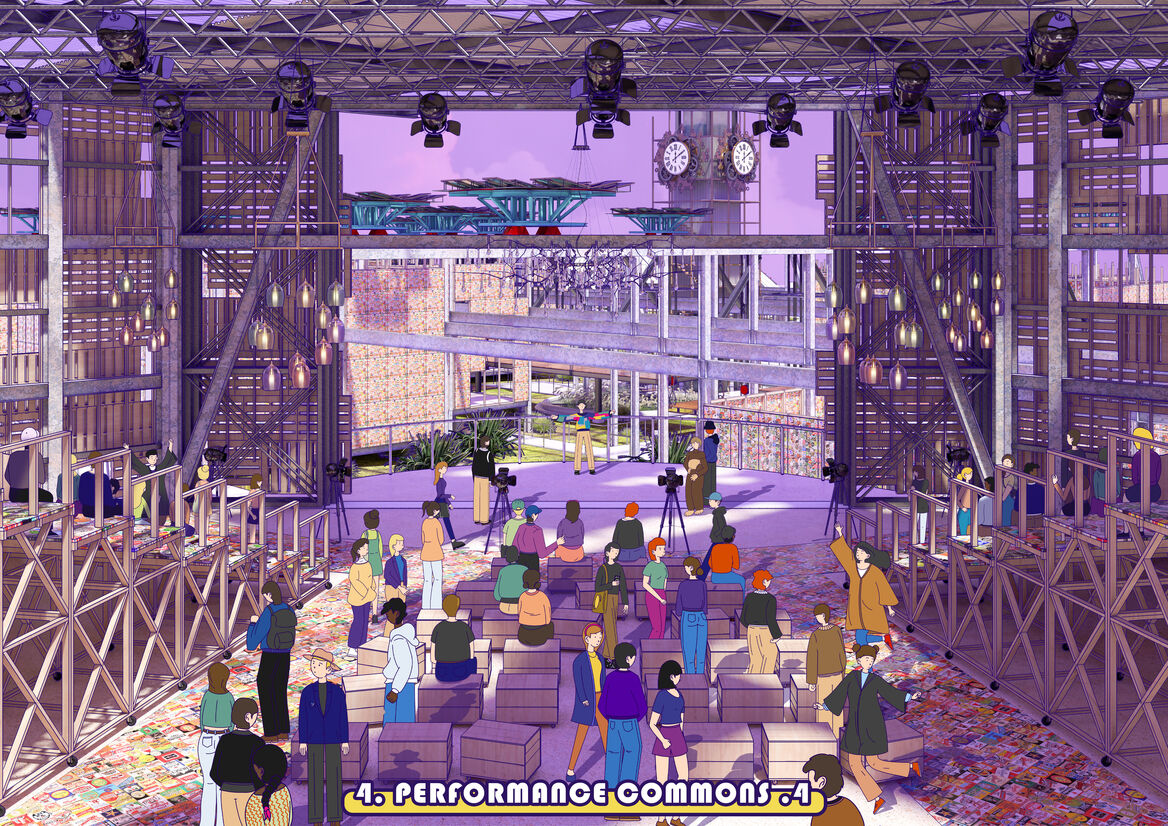 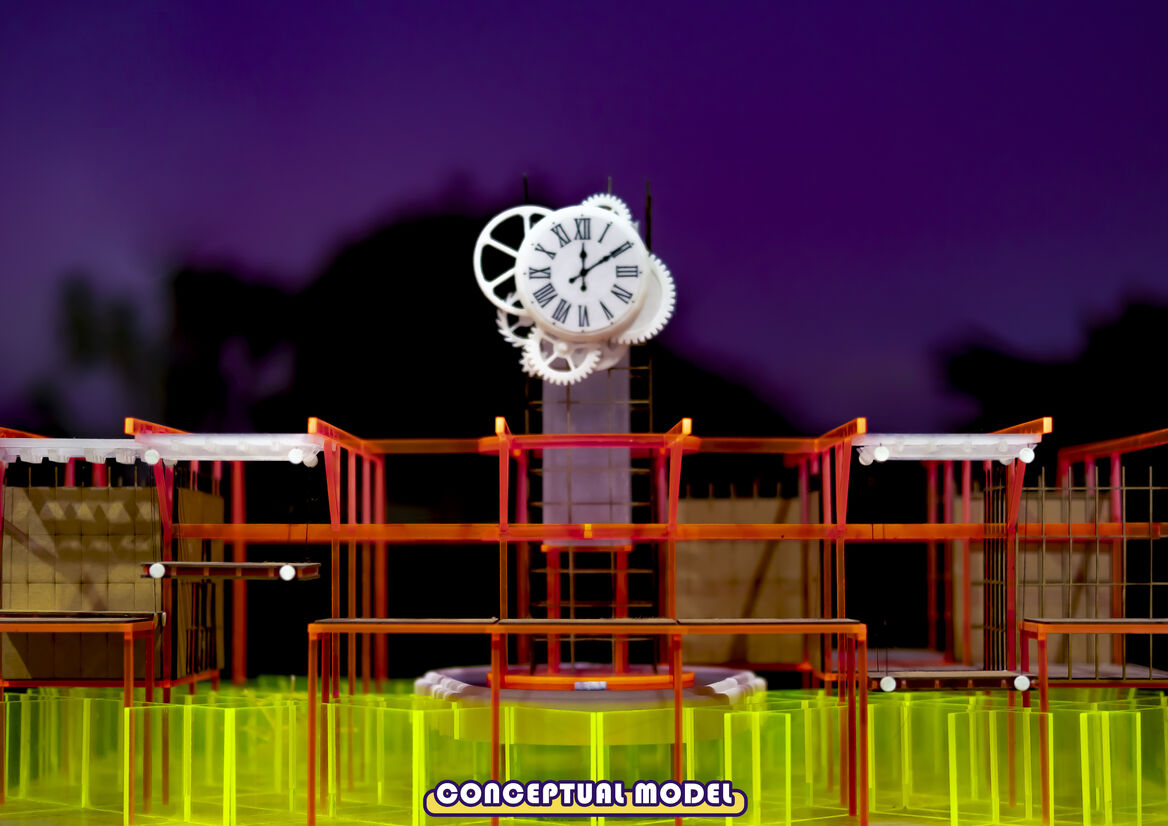 This project explores, in the context of the recent pandemic, alternative ways of imagining public space and engagement. Focusing on supermarkets as newly minted, ‘essential places’ centring communities and neighbourhoods when the horizons of travel are curtailed, the project asked what revised, essential institutions might live up to this new centring? While Covid 19 proved an aberration detrimental to life for many, it did offer a dividend—a renewed awareness of the value of localism and neighbourhoods.

Building on this dividend, the project grafted itself onto a further aberration built into the Highland Park Town Centre at Pakuranga. There, through a series of curious circumstances, the improbable event of two Countdown Supermarkets sitting side by side was used to critique and prise open aspects of ‘big box’ retailing as it is routinely enacted. In response, the design aims to capitalise on the redundancy that resides at this site by ‘un-boxing’ the corporate supermarket system prevailing here, framing a new public condition aligning with carnival traditions.

An inventive, carnival-like response to lockdown conditions had already been evident in many households where street frontages became shopfronts for outreach and reassurance—the populating of windows by soft toys being one of a series of counter-gestures aiming to reconsolidate shared awareness and care. Streets walked and conversed in, even partied in according to distancing protocols, suggested other modes of public place occupancy beyond the hegemony of traversing vehicles. What if art carts and festive events were privileged over the commute? What if the essential supply found at supermarket sites was reconfigured according to the sustaining of community bonds outside the constraints of corporate capitalism and its data-mining?

So, in the spirit of a dreamscape or fever-dream, a speculative remake of the Highland Park Town Centre was pursued, one that sought a consolidation of key sustaining commons—those indicative of nature, community-making, performance and data democracy. Like paired dwarf stars in collision, the two supermarkets were made to release with their unboxing a field of matter opportunistically reassembled and pivoted about the town centre’s adaptively recalibrated clock tower—in short, a new relationship with time and its placement. Contrary, supermarket grids provide a flexible gantry framework for community-assembled projects and festival infrastructure. To the southwest lies a data-commons for collective adjudication over data-use; to the northeast a performance arena; to the northwest an opening up of the original wetlands; and east and west, on either side of a central parade axis, solar-powered, pop-up market structures fulfil the shopping mandate previously boxed in by corporate interests.

The resulting oneiric-topia, or dream-place, less presents a utopic remaking of Tāmaki Makaurau’s suburbs than it does a framework for a ‘utopic spirit’, as Ernst Bloch describes that ‘principle of hope’ orientating our best hold on the future. In response to the uncertainties of the current pandemic, the project’s hope has been to vividly articulate the ‘what-if?’, rather than the ‘what-next?’.