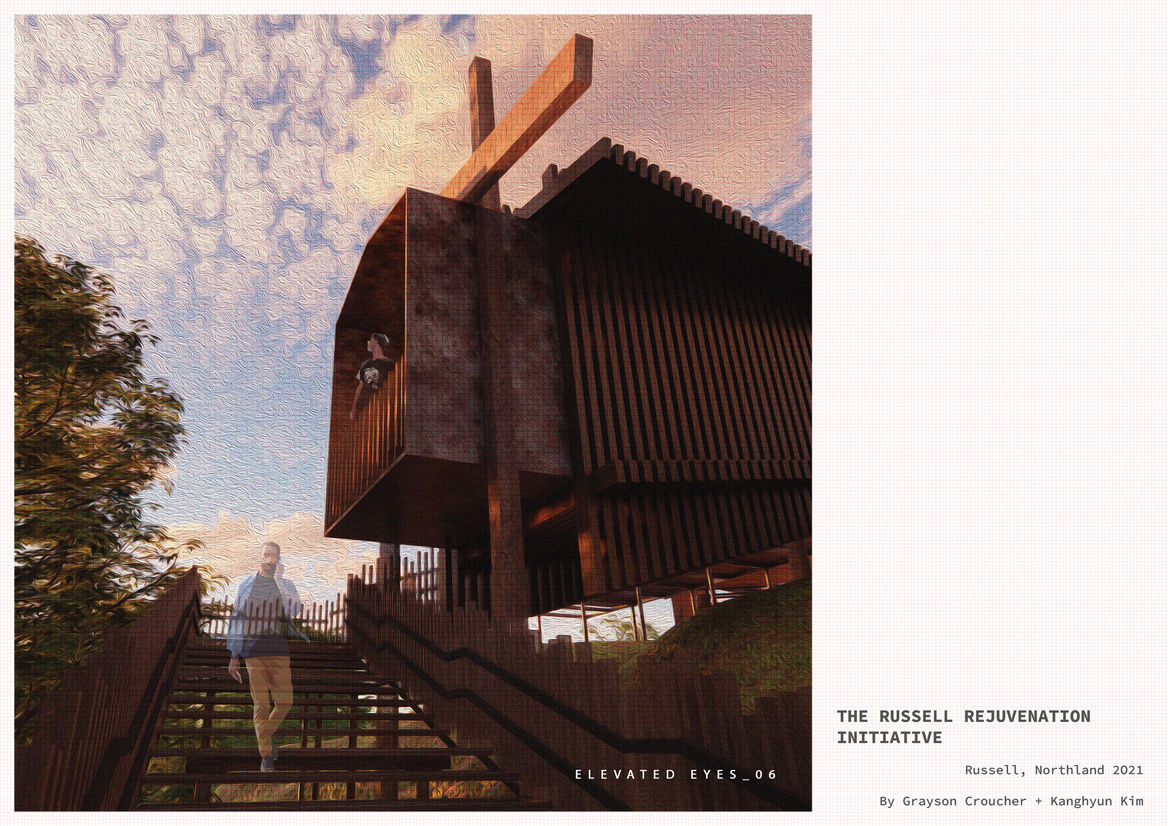 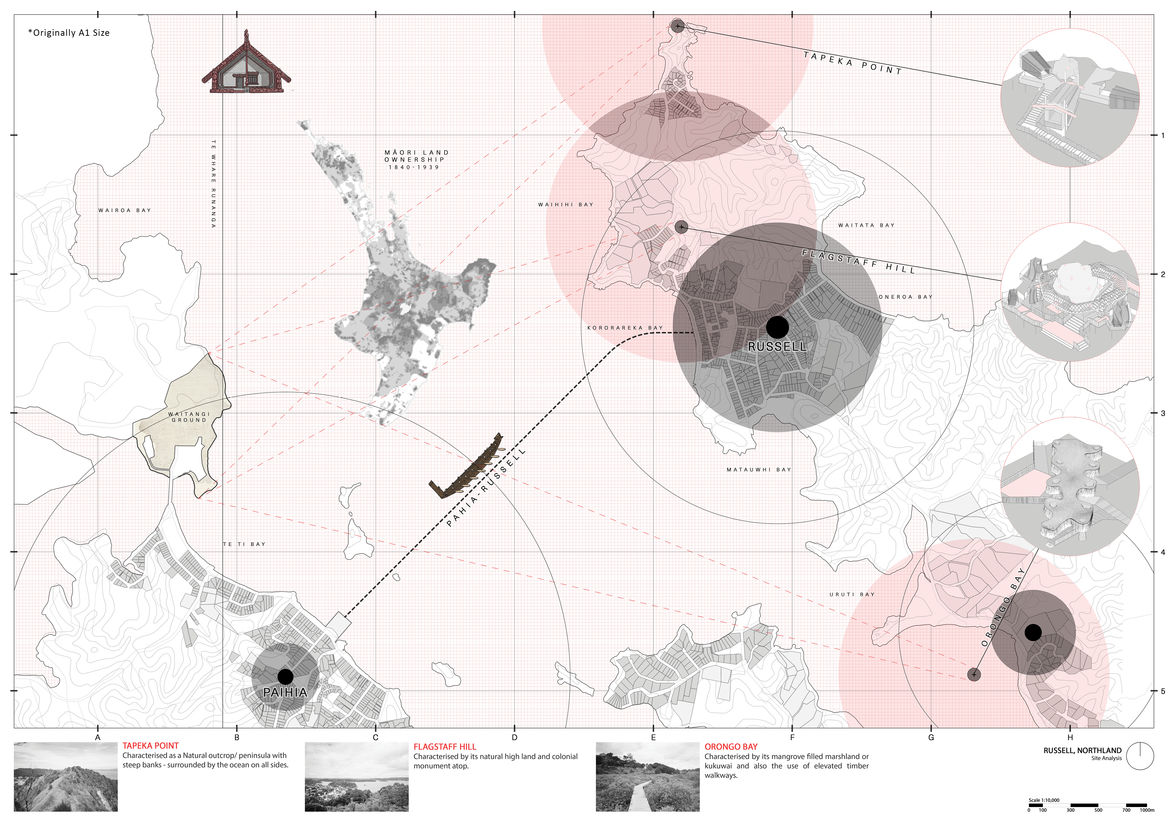 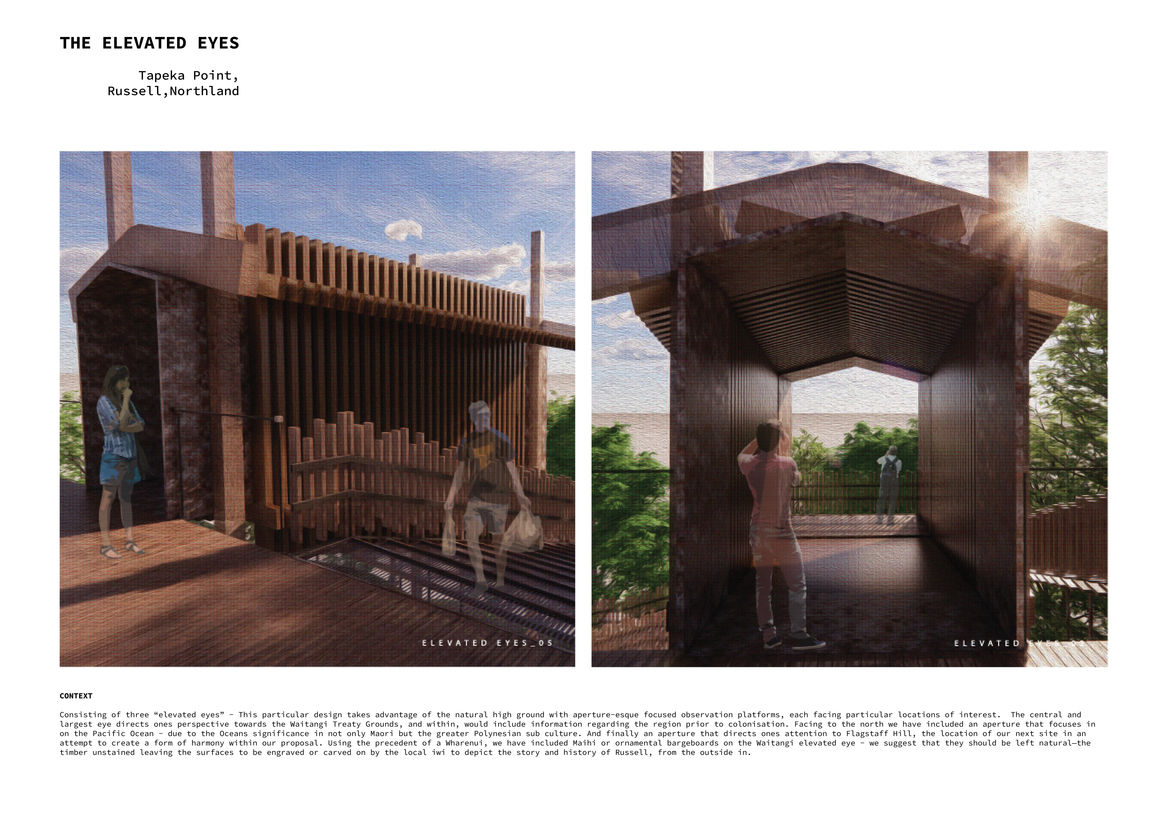 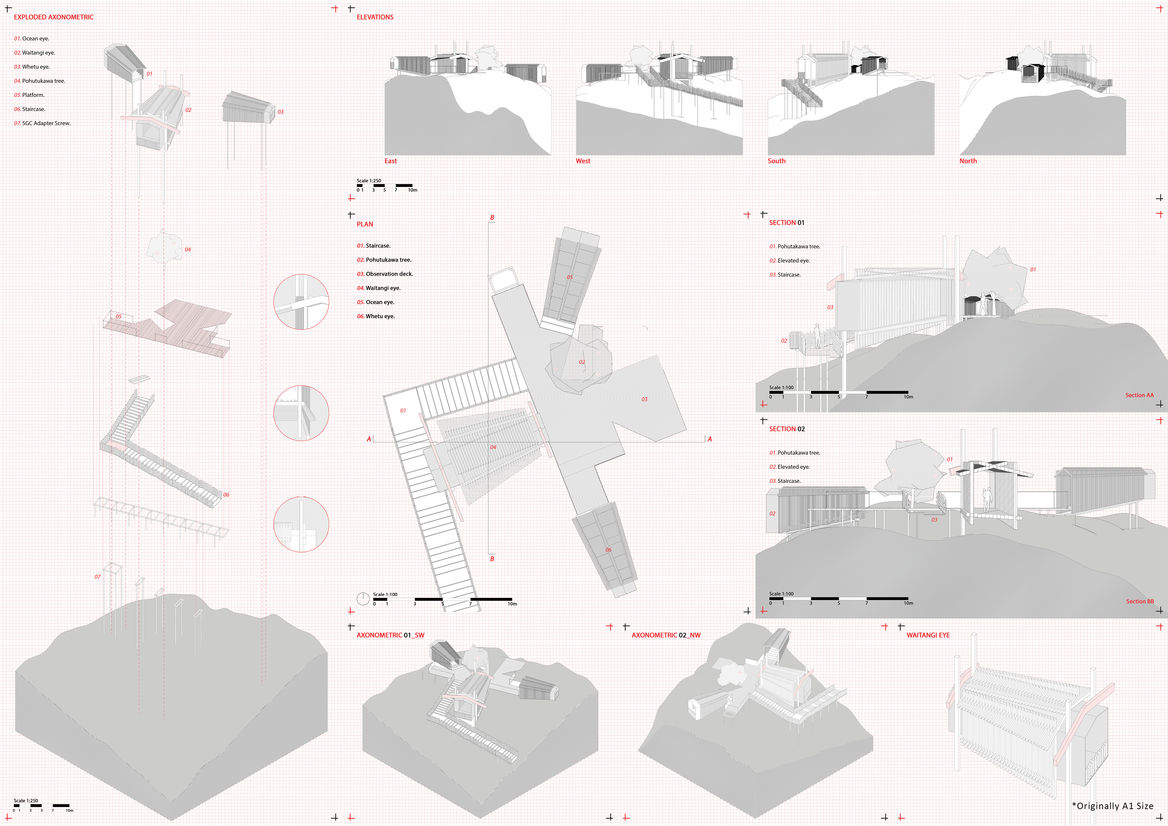 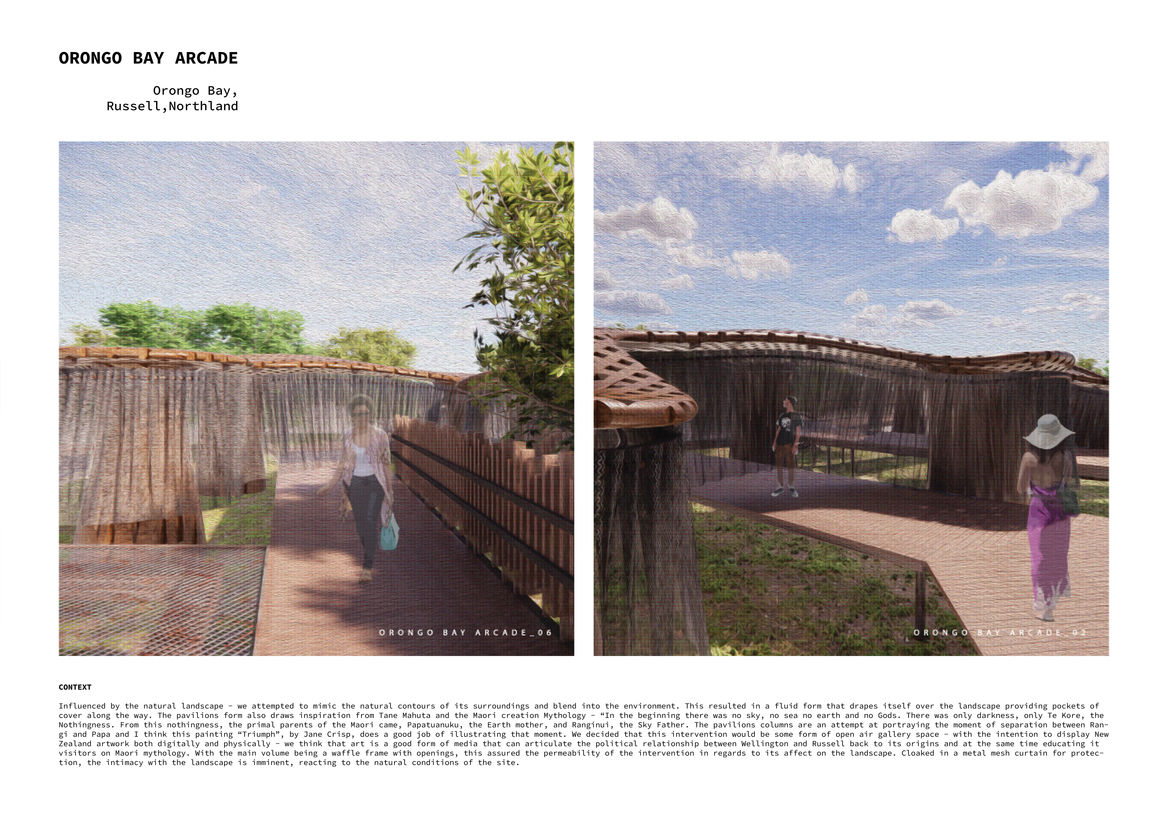 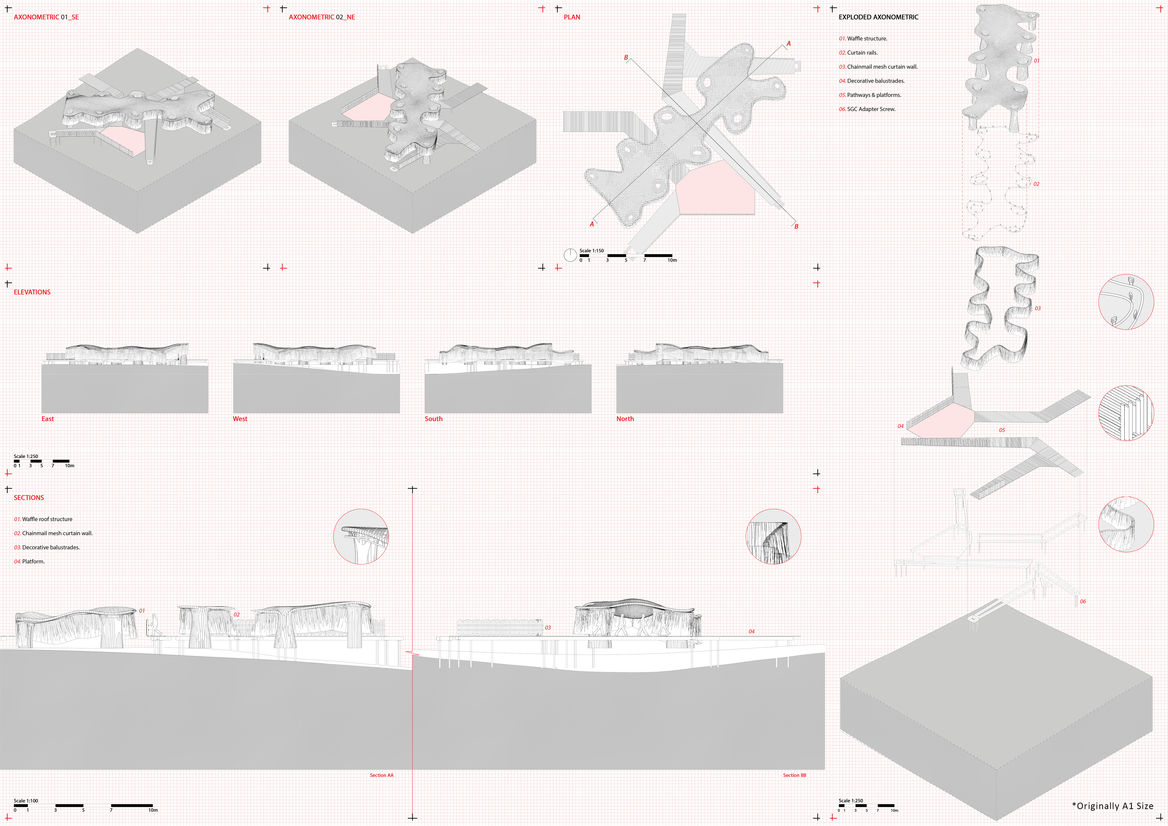 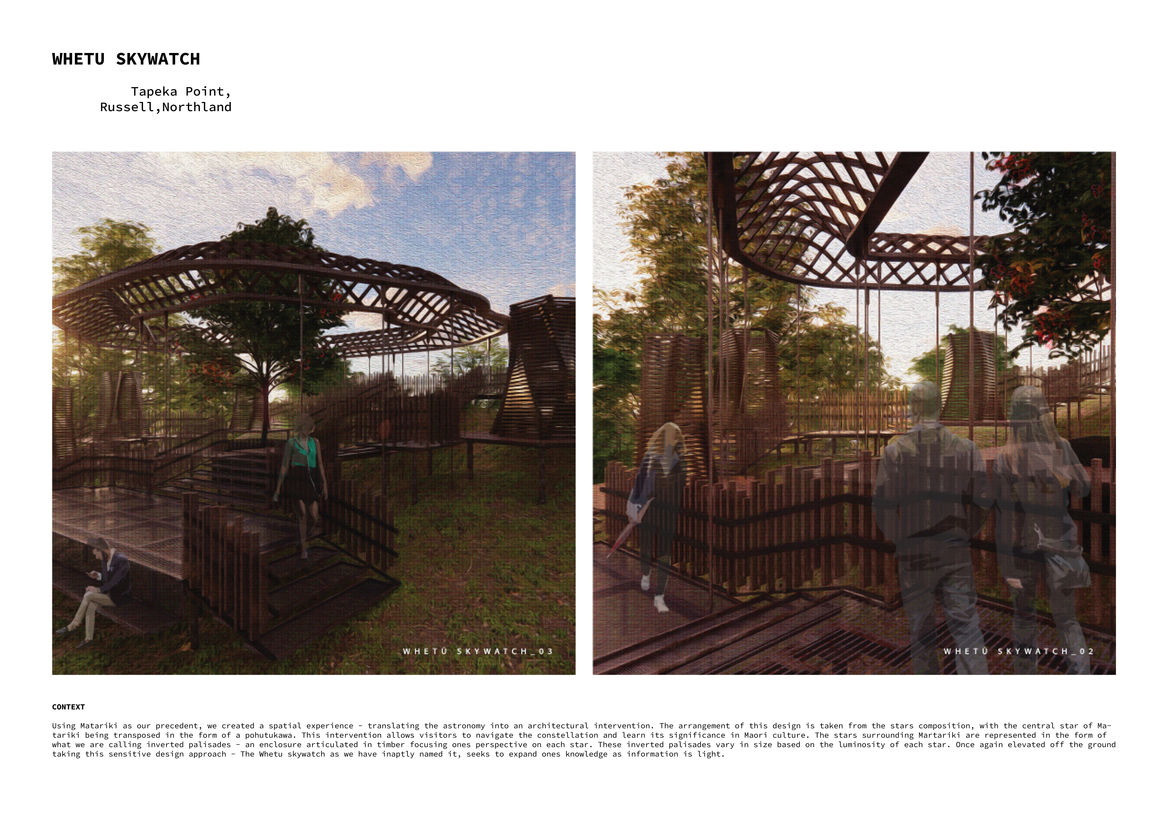 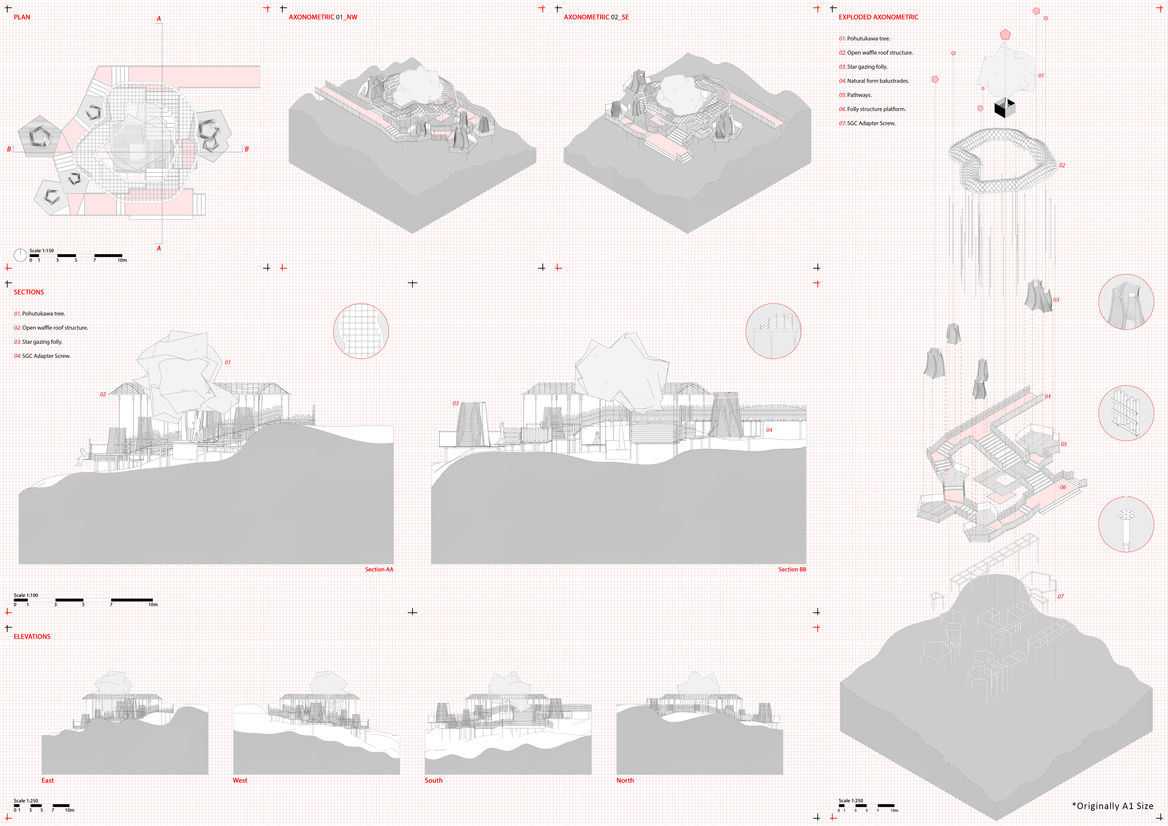 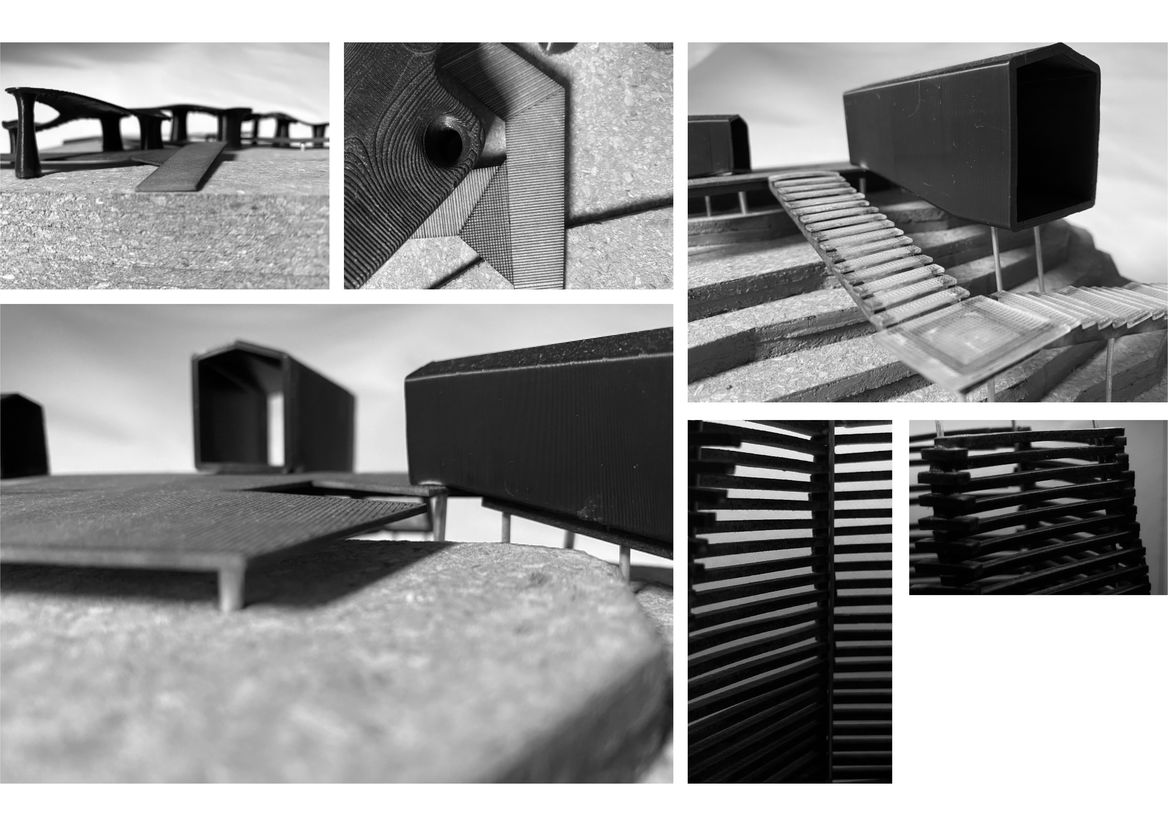 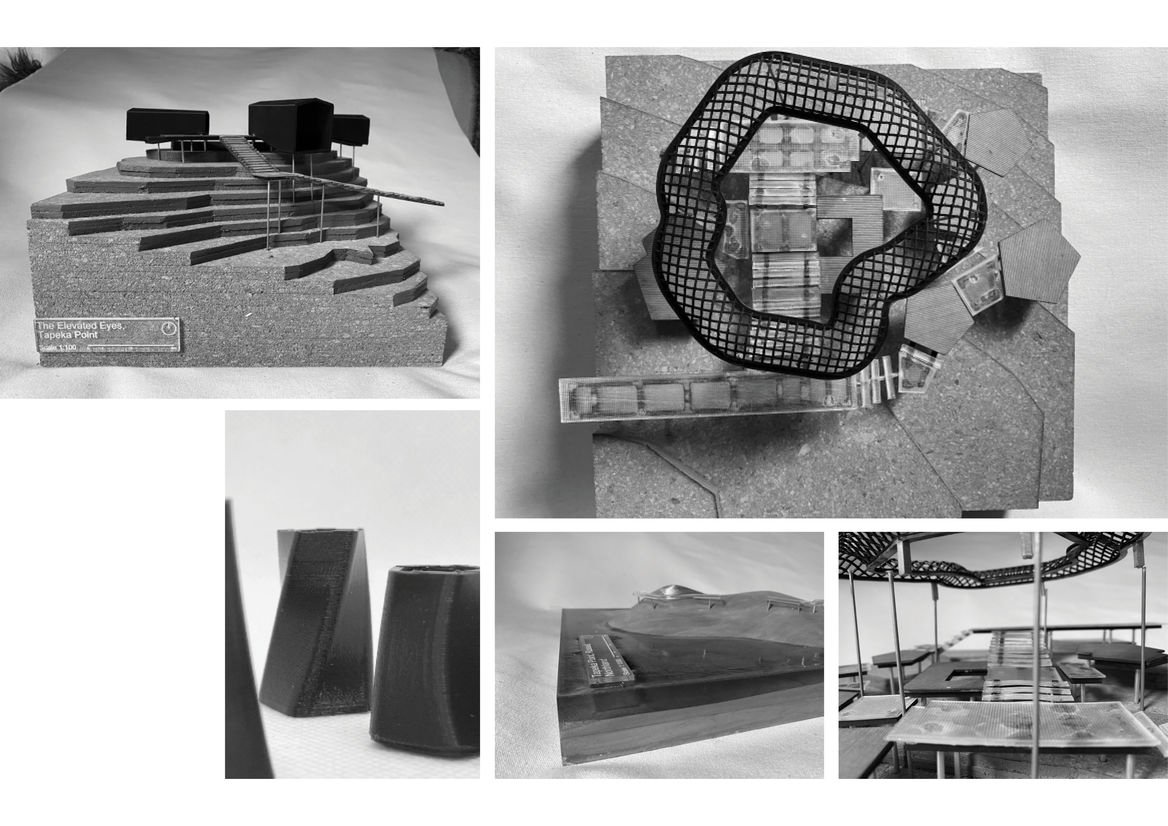 From the beginning of this project, we set our sights on creating a meaningful proposal that spoke to the landscape and its surrounding community, intending to highlight and acknowledge pre-colonial Aotearoa.

Our brief had political significance with a strong connotation towards government and politics. Wellington was the appropriate place to start. The parliamentary buildings and their surroundings were very much thought-provoking. However, we thought we could push the waka out further. Upon doing so, we discovered that the Northland based town of Russell, or Okiato to be more specific, was the first official capital of New Zealand. Due to its proximity to the Waitangi Treaty Grounds, Russell holds great significance in New Zealand's political history and contemporary cultural climate.

This sparked our interest, and in an attempt to educate ourselves on the region, we decided to hit the road and embark on our cultural expedition. Upon our travels, one of our main observations of Russell, was the criminal absence of pre-colonial Maori heritage, an indisputable feature that defined this region. How is it that, in such a culturally significant town, the main attraction is a colonial pub, 'The Duke of Marlborough?'

Issue/Overarching Statement:
The existing architecture of Russell fails to educate its visitors of the regions pre-colonial existence. Russell's disconnection from its history begs for cultural rejuvenation. How can we utilise our architectural language to translate the forgotten history of Russell into the built environment? We conjured three programmatic catalysts to inform our thinking: Congregation, Contemplation and Appreciation.

We then settled on a Proposal:

To create an avenue that accommodates and acknowledges the regions pre-colonial past. A collection of interventions, an architectural series that harmonise with the environment, in an attempt to fill the void that was pried open by colonial settlers. To resuscitate the cultural legacy of Russell, our project aims to highlight the inadequacy within the existing architecture and ultimately narrow the knowledge gap within the current community.

Through a sensitive approach to the environment and with respect to the Tikanga Māori and the local wairua, we set out to create an architecture that treads lightly on the land, preserving as much of the natural landscape as possible. Influenced and inspired through indigenous typologies, such as the pātaka, and events, such as Matariki, the Russell Rejuvenation Initiative seeks to educate its visitors through feasible architectural interventions and unearth the cultural history of Russell that ought to be preserved and celebrated.