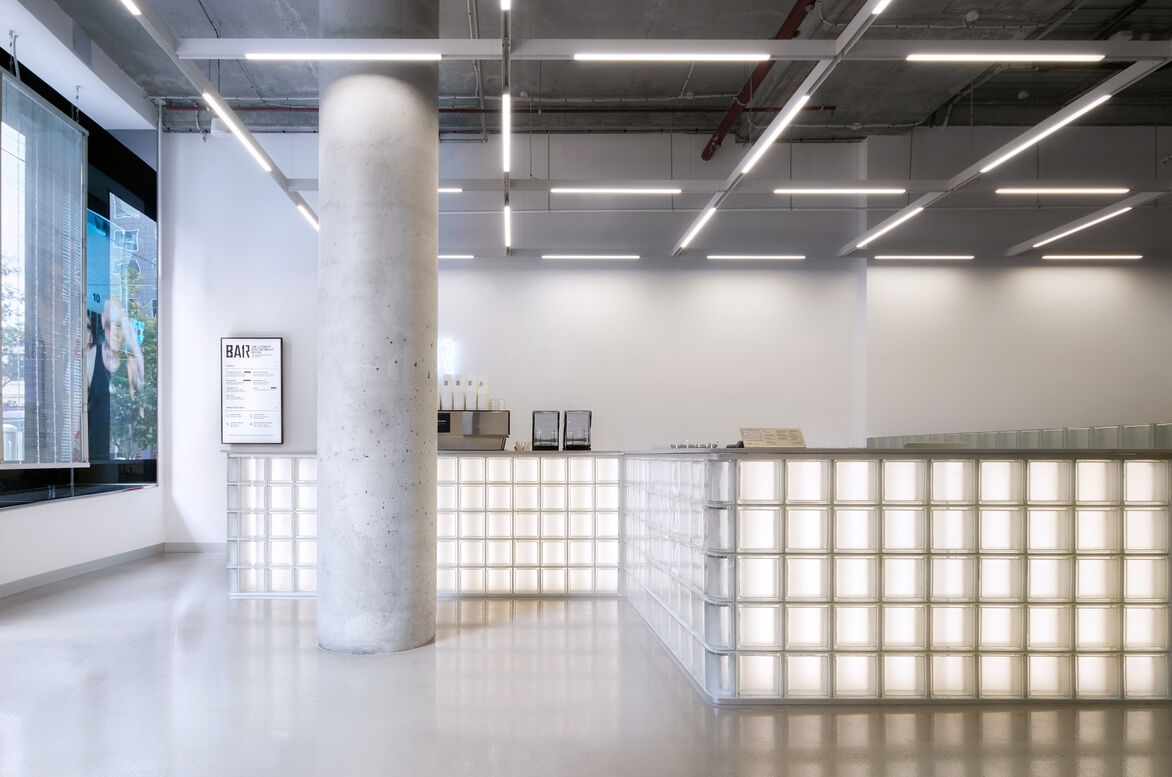 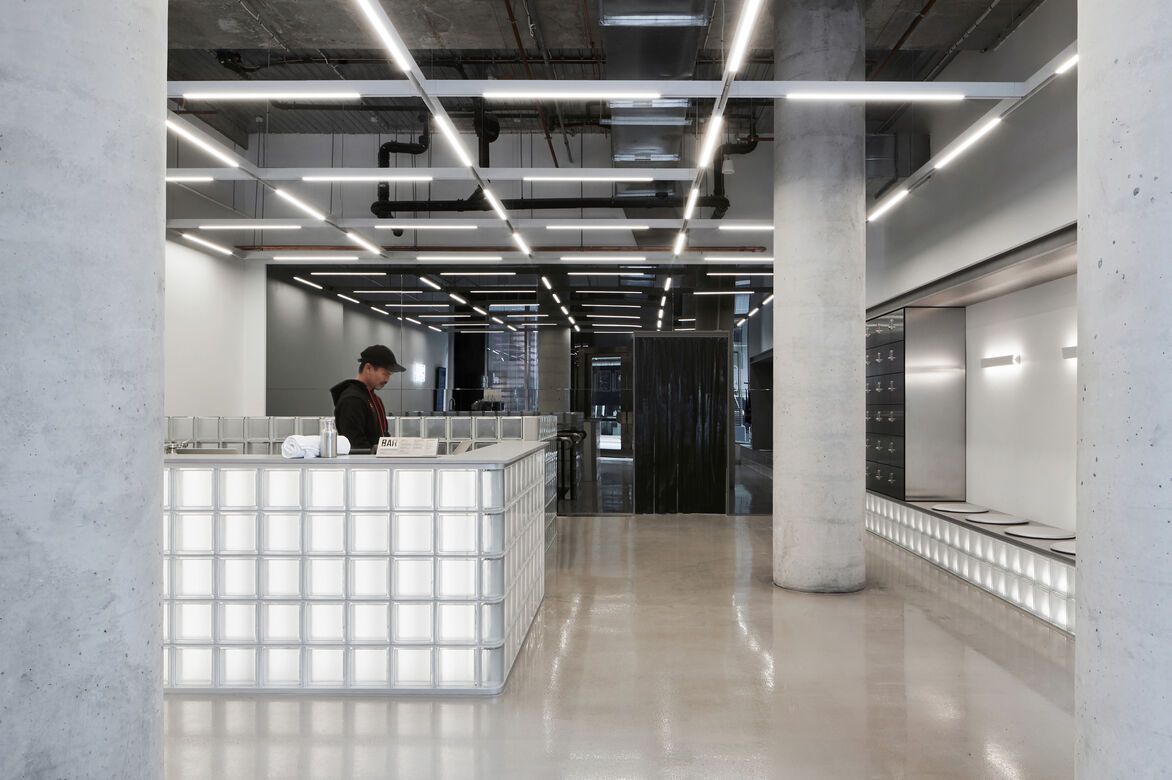 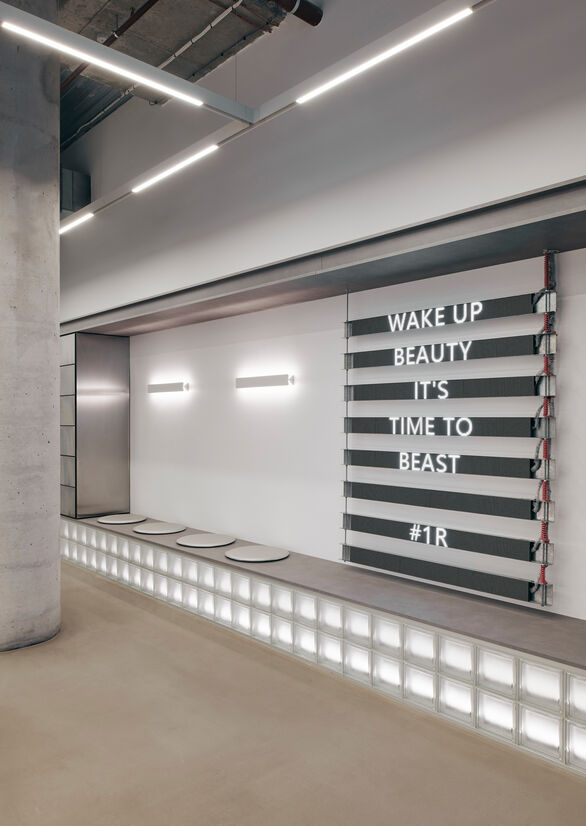 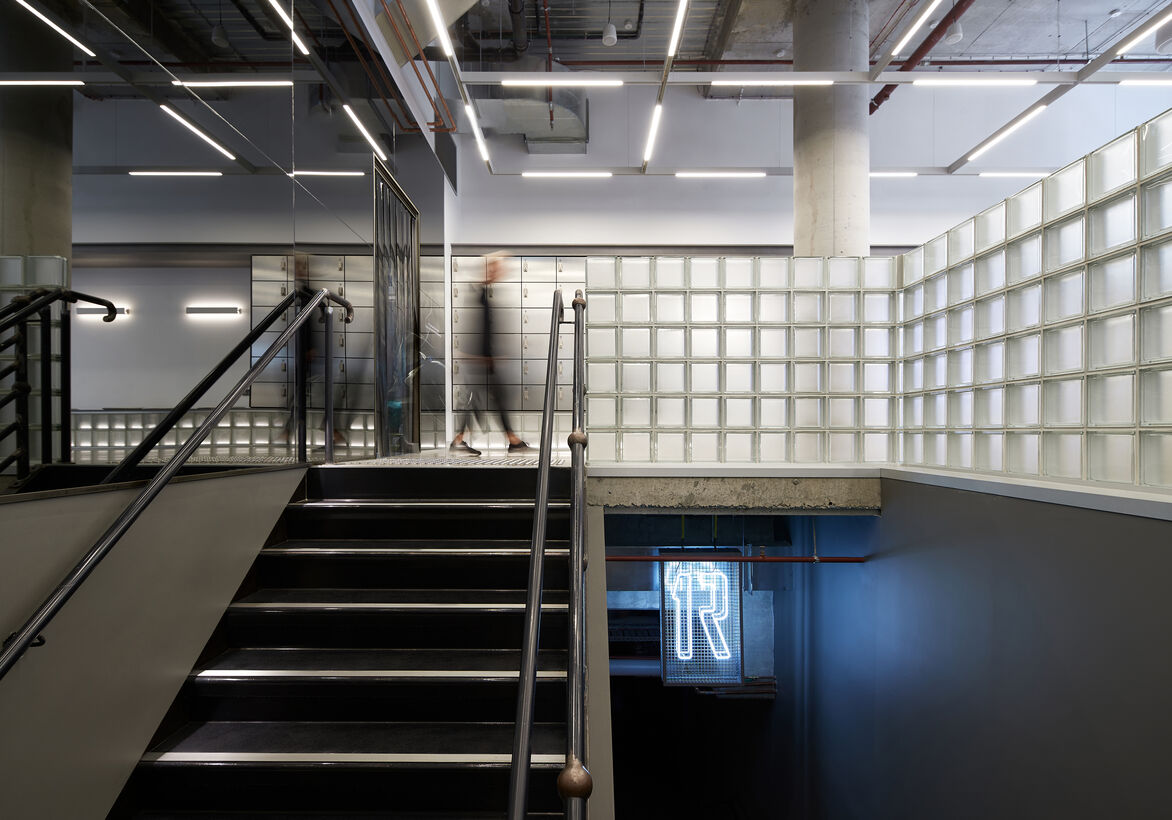 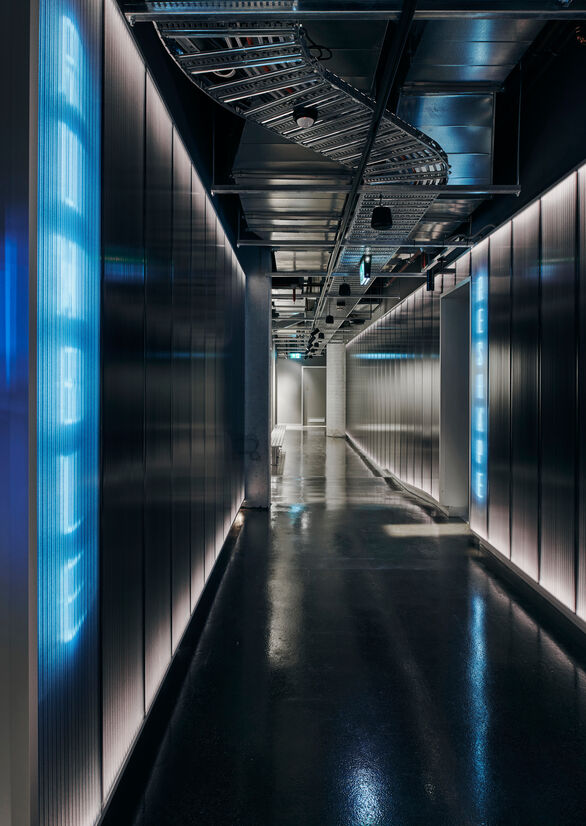 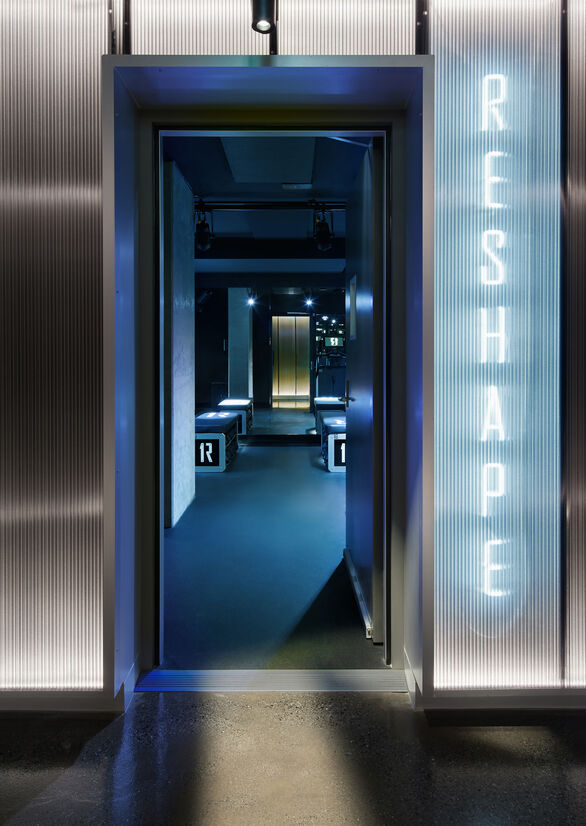 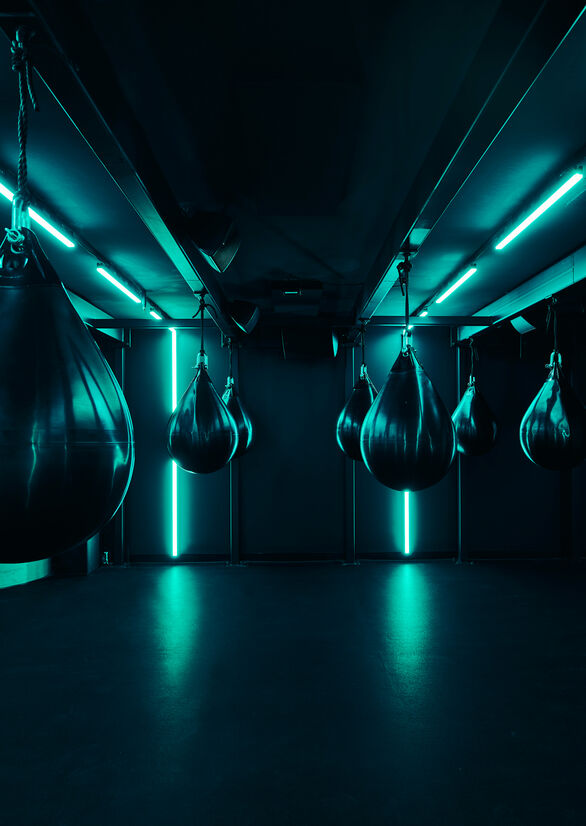 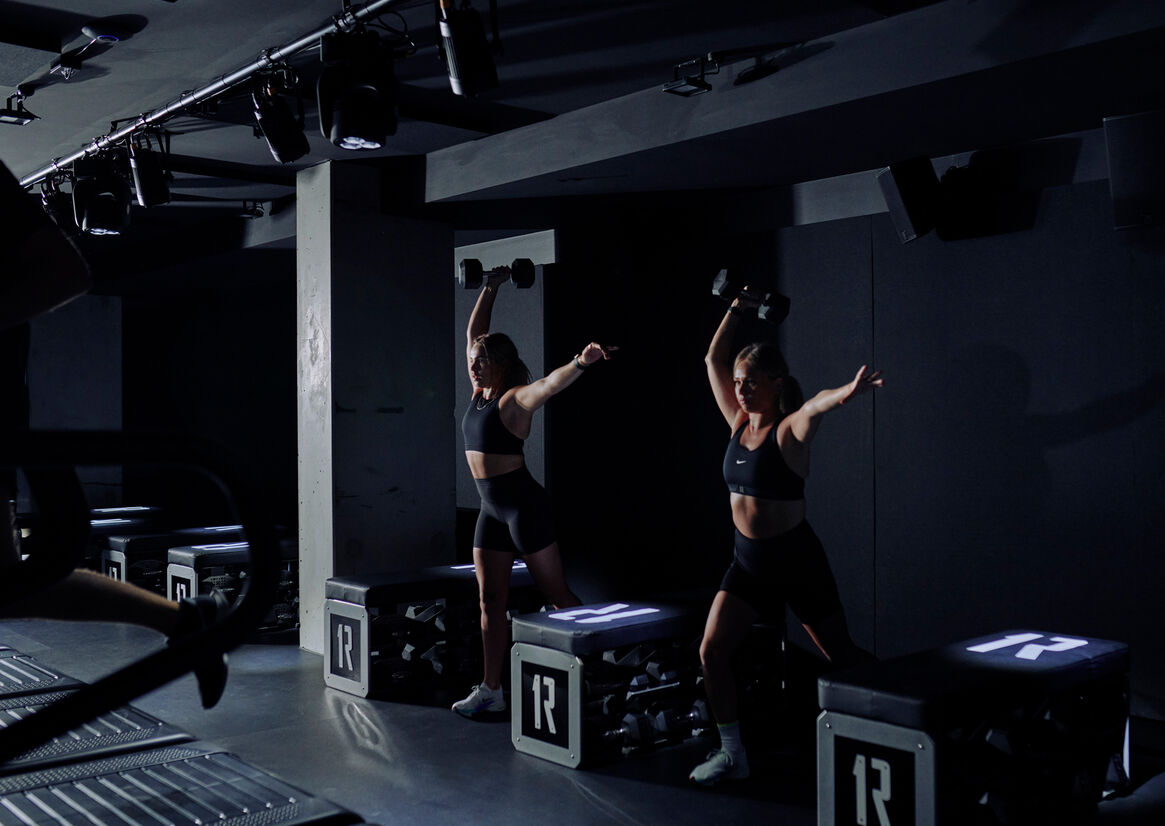 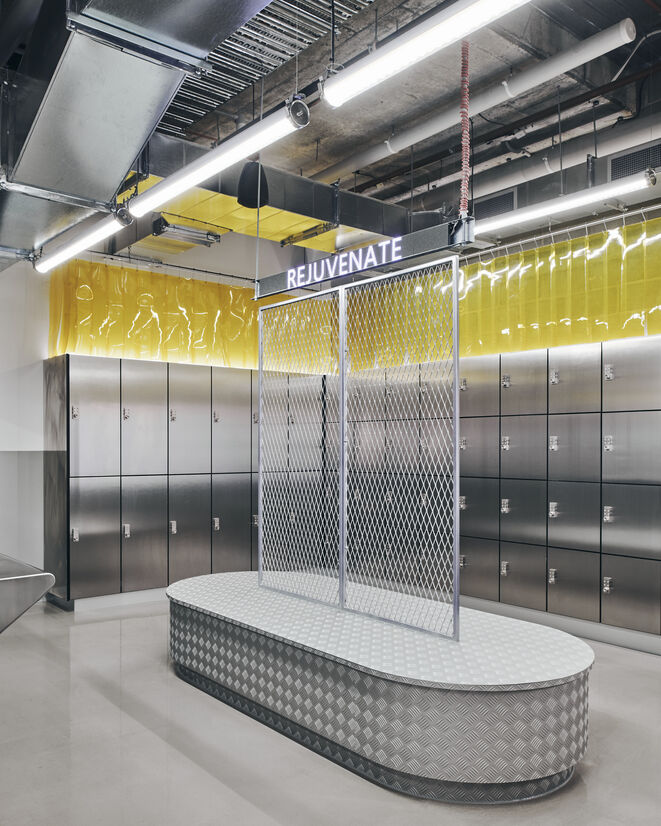 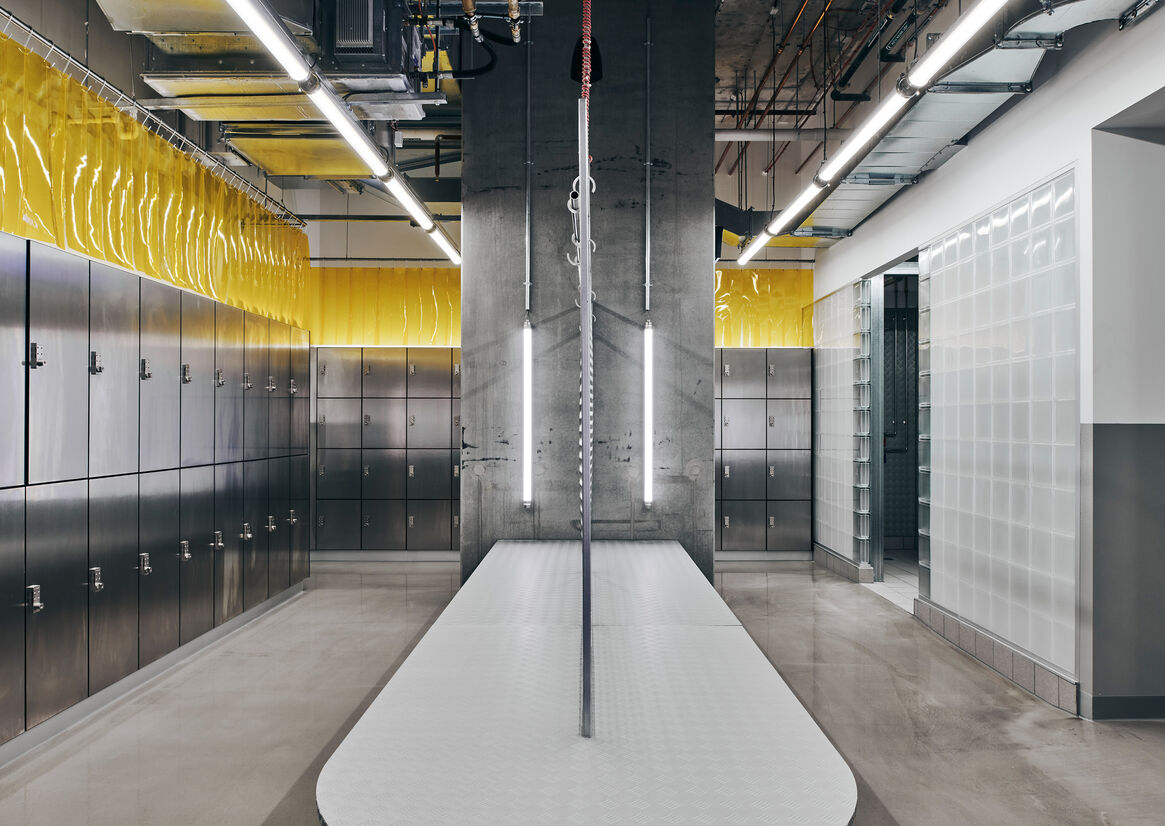 Exercise is more than just a physical journey, it’s a psychological one too. It’s a philosophy that UK-based fitness concept, 1Rebel, has used to disrupt the international fitness industry and speak to the heads and hearts of gym-goers seeking physical renewal through deep experiential engagement.
Foolscap Studio was engaged by 1Rebel to design its first Australian destination, ‘1R’, located in South Yarra, Melbourne.

Through a series of brand immersion sessions with 1R, Foolscap studied the psychological journey of exercising, translating this into a fit-out that sensorially inspires the individual, and aids them on their journey of physical renewal.

“There is a psychological state that you enter before, during and after you exercise. As you enter the fitness studio – you are still in public-facing mode, the ‘self’ you show to the world. This is the phase in which you are building up to the moment. The act of exercising is a much more internalised process - private and disconnected from the outer world. And then, once you’re through it, there’s the euphoria of achievement” says Foolscap’s Founding Director, Adèle Winteridge.

Entrance into 1R is via a ground-level reception – a ‘world above’ that manifests as a light box. The reception desk and juice bar are constructed as a series of cellular modules. A nod to the cellular make-up of the human body. Here, illuminated glass bricks create an atmosphere of textural light.

The cellular motif takes on a new dimension through the suspended lighting grid. Cleverly placed wall-mounted mirrors put the vision on repeat, creating an infinite horizon of cells.

Patrons transition down through the stairwell and into the dark, subterranean depths of the basement level. This is the world below. A sense of seclusion abounds, and the internalised experience begins.

Located along a central corridor are the exercise studios and bathroom zones. Envisaged as immersive chambers of exercise, the studios sit behind closed doors, insulated from the outside world.

“Heightening your experience of these spaces is a complex soundscape,” says Adèle. “As you enter into the exercise studios you’re met with the powerful intensity of music designed to fuel your workout experience. This sits in contrast to the ‘Rejuvenate’ zones, or change rooms, where a classical soundscape lulls you into calm. It feels transformative.”

Materiality was key in creating the Rejuvenate zones, which feel both dystopian and futuristic. Raw, industrial finishes of polycarbonate cladding, brushed and natural stainless steel, metal mesh and chequerplate aluminium sheeting feel unexpected and yet highly compelling. Combined with details like the yellow butcher’s curtain, illuminated from behind, they evoke a sense of inspired utilitarianism: a clean slate for dramatic transformation.

1R is passionate about building experiential spaces for their clients, and they use each of their international locations to create destinations that are unique to the city and site. 1R South Yarra posed the perfect opportunity for our client to do something different, play with new ideas, and reinvent themselves while staying true to their rebel brand.