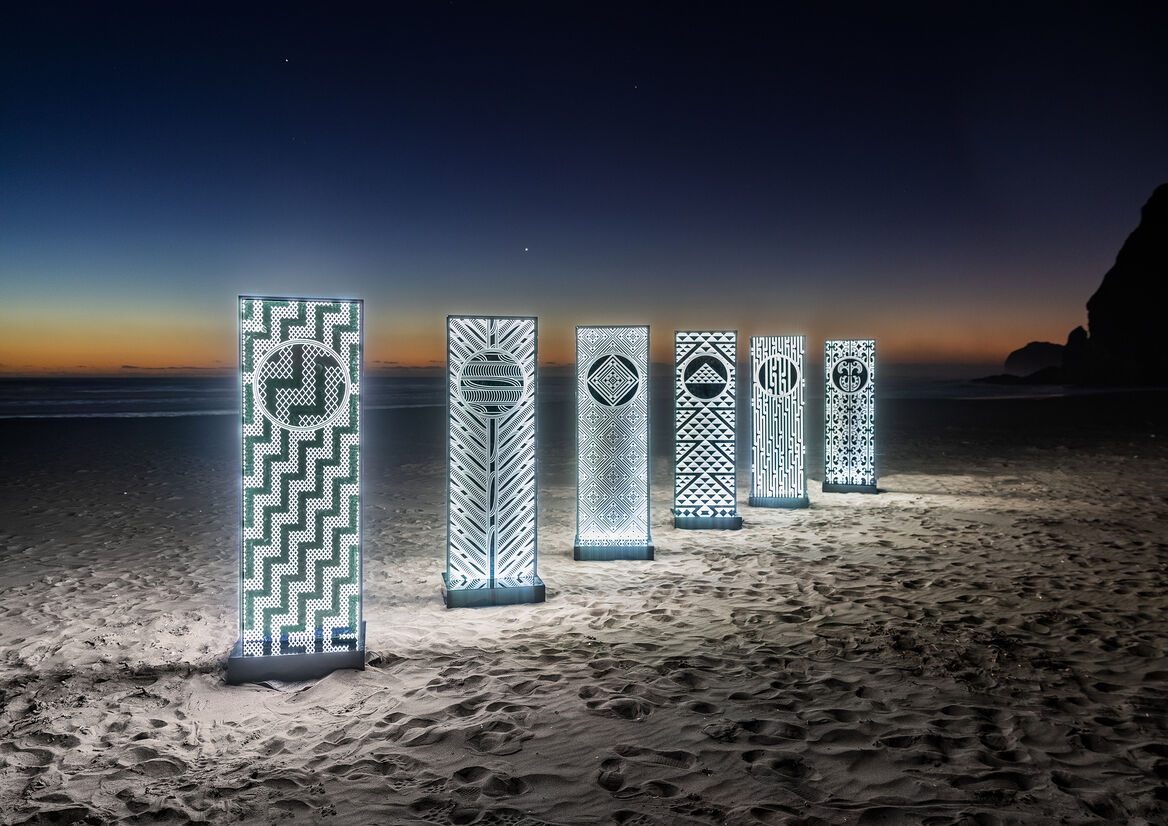 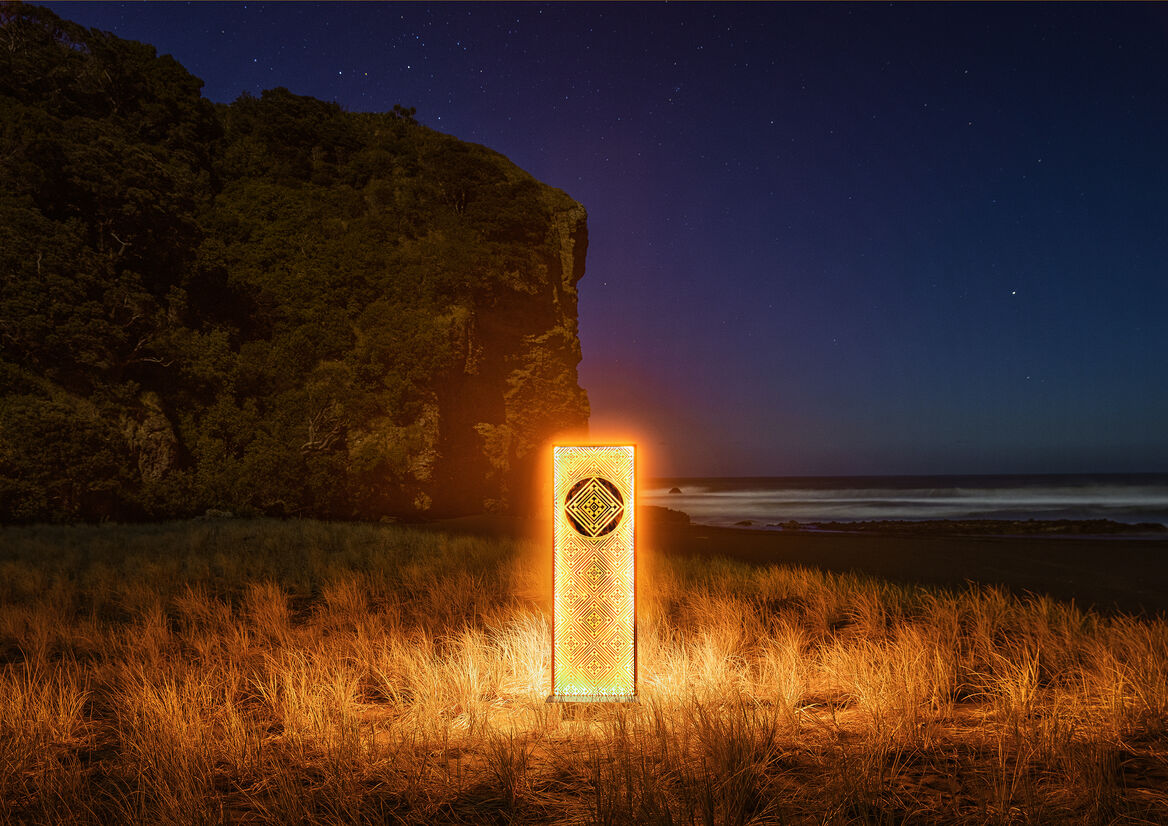 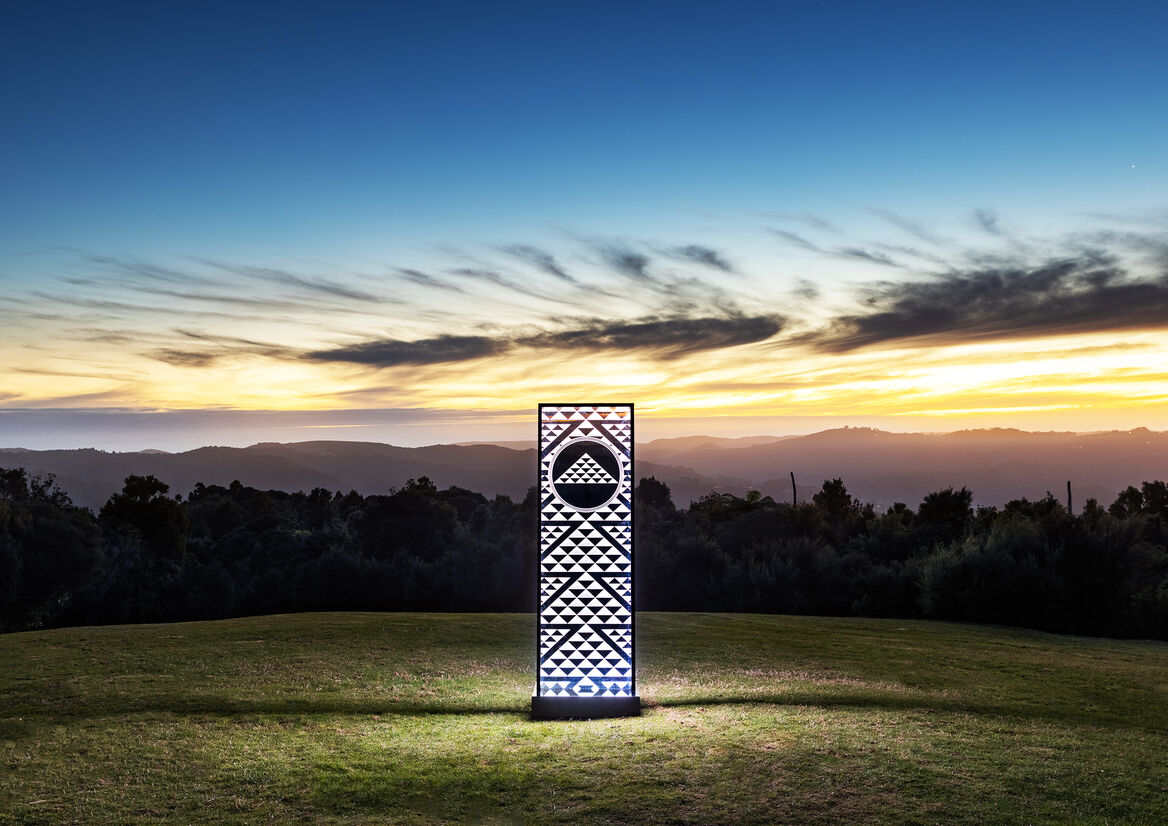 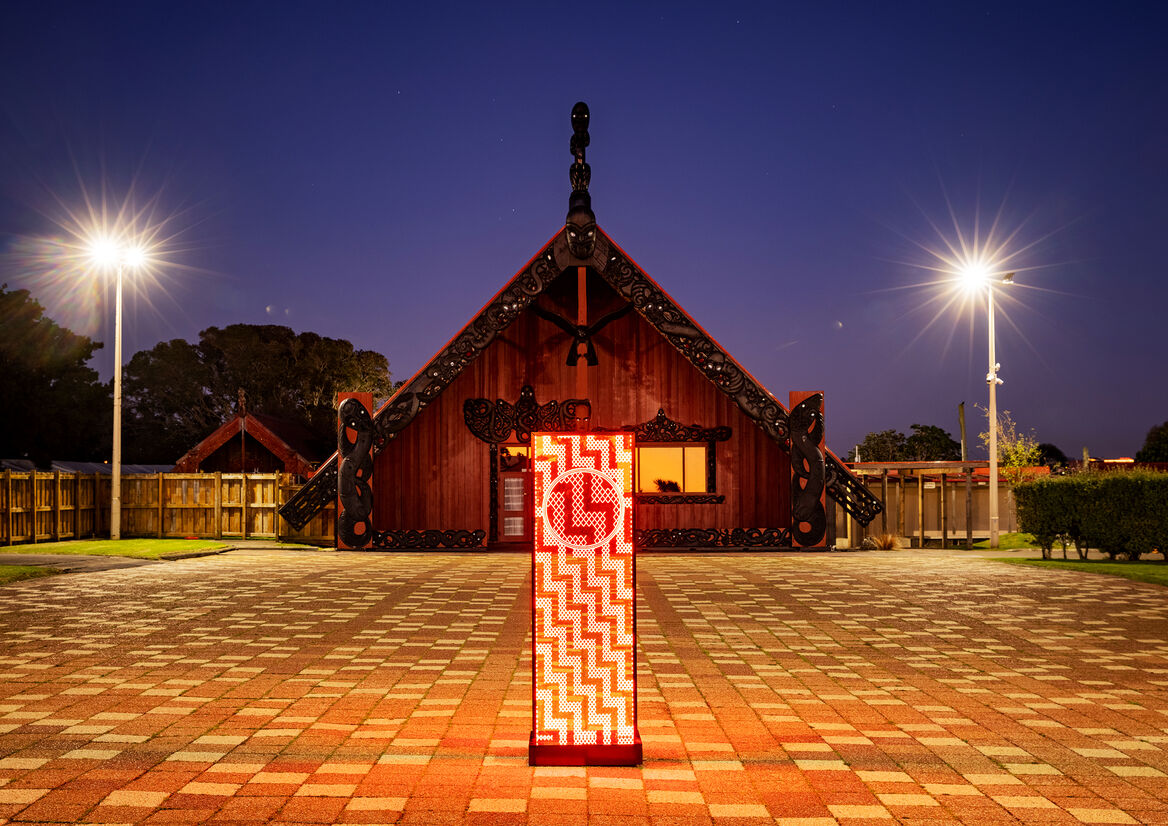 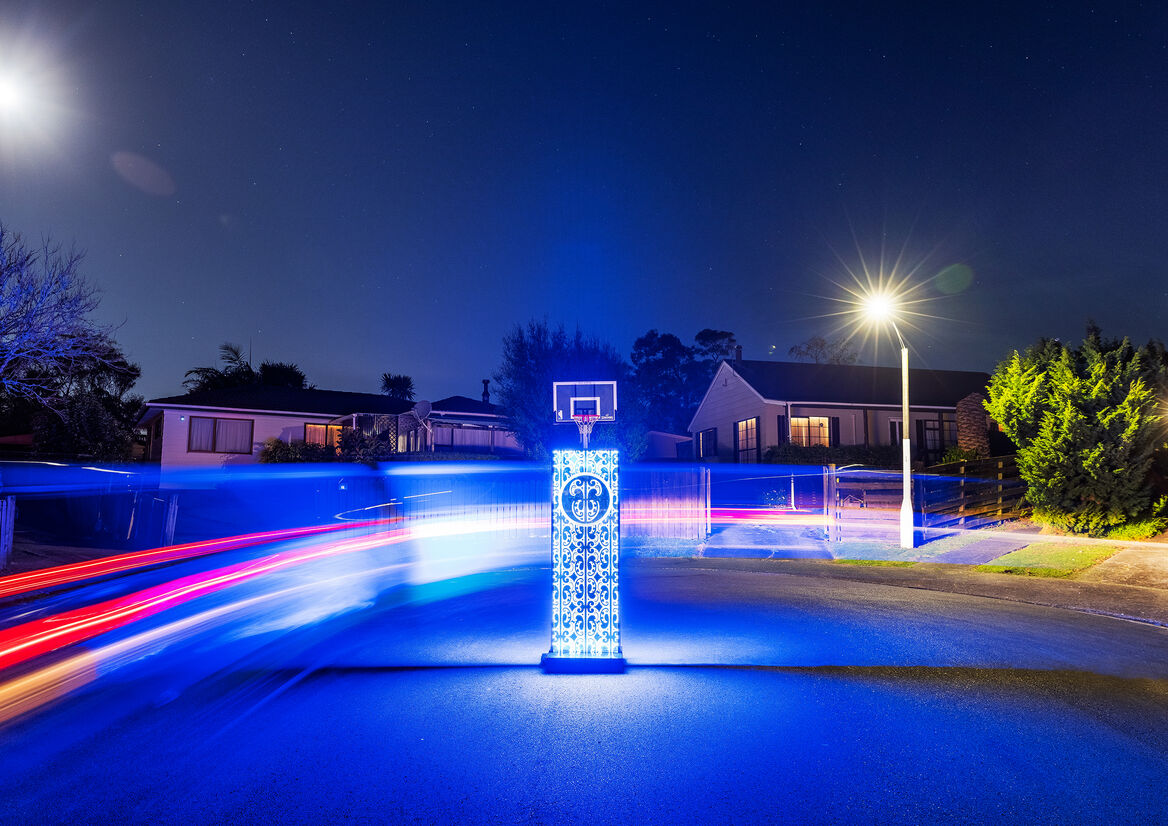 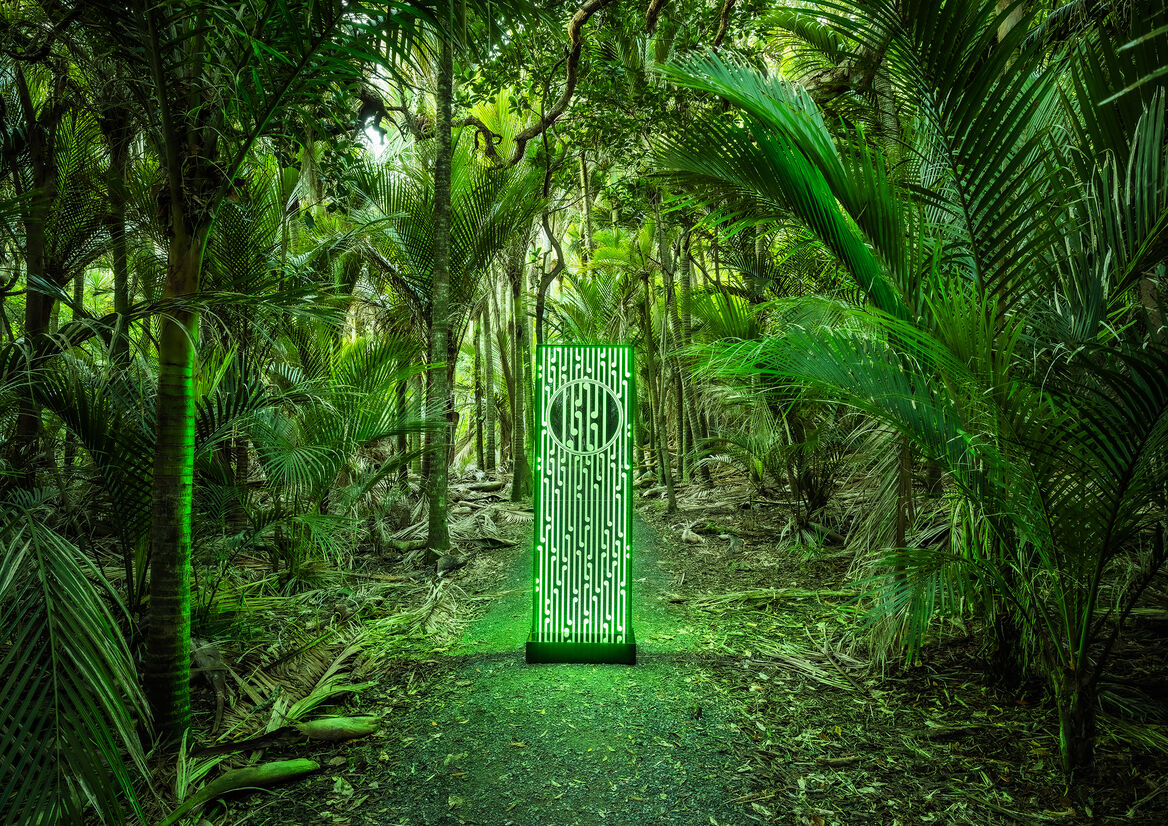 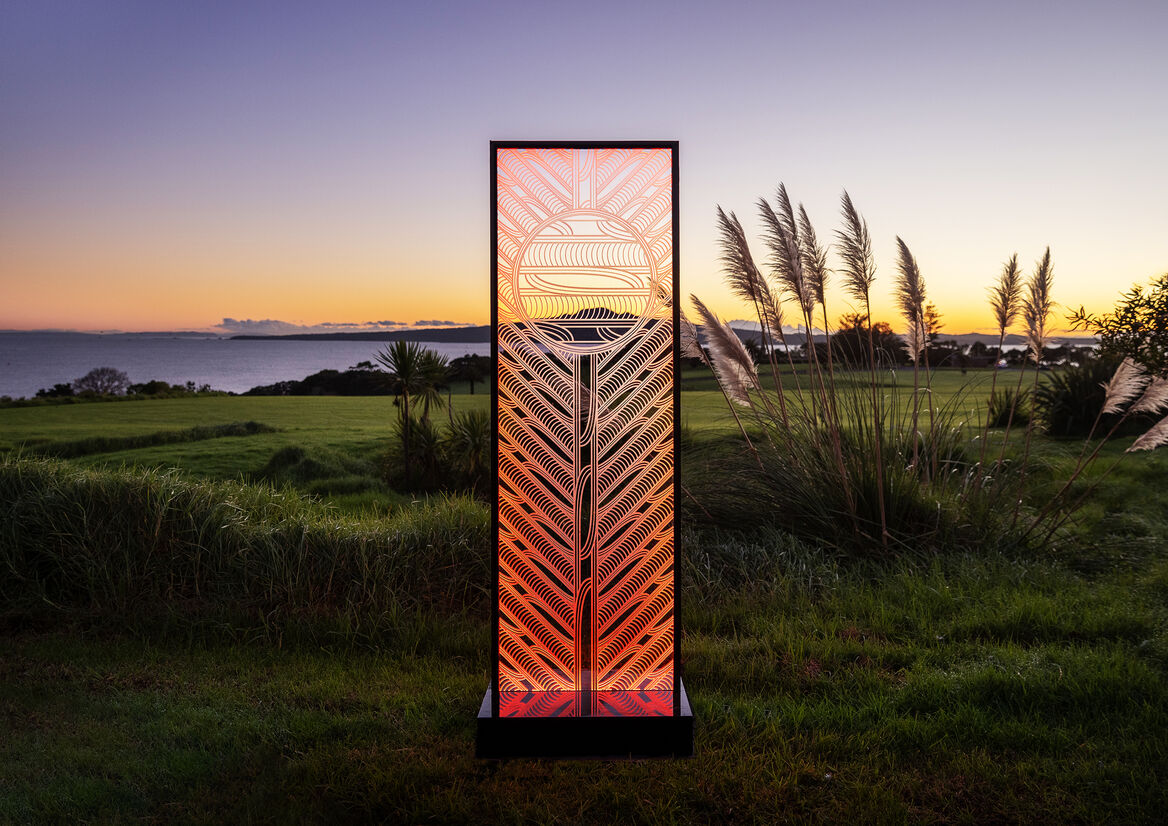 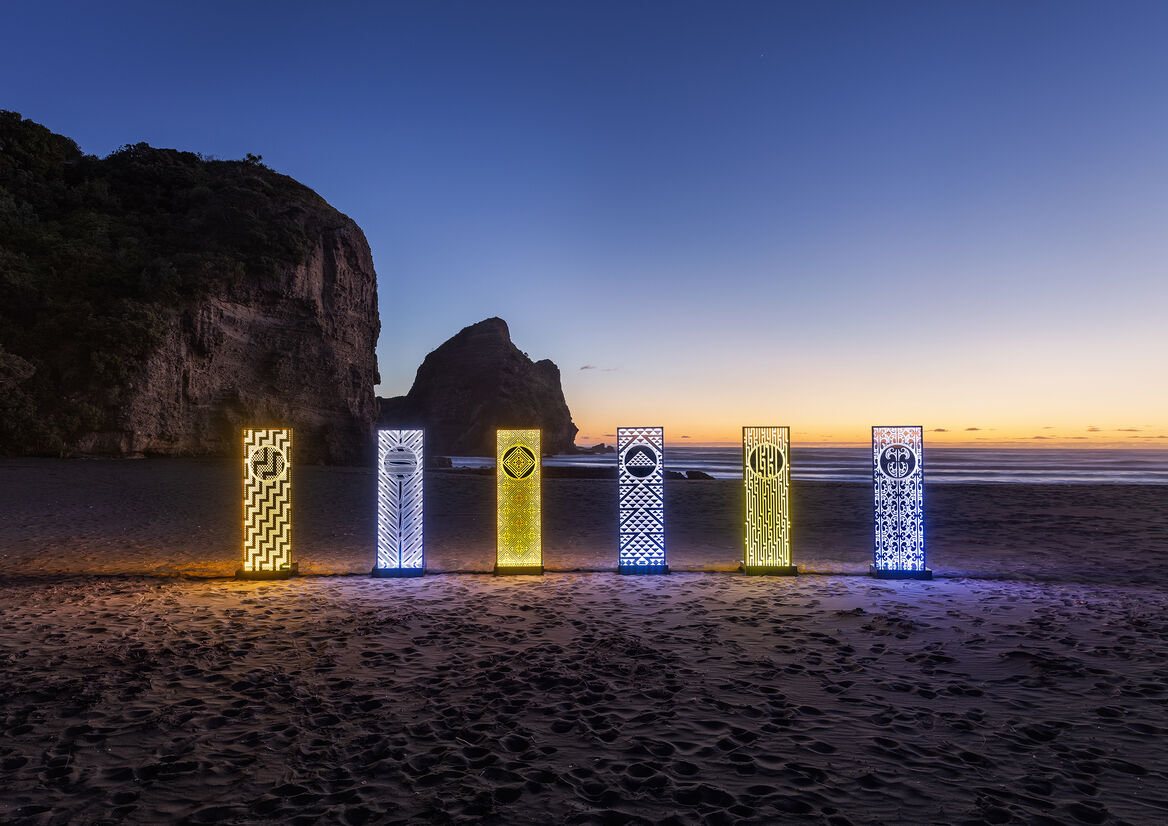 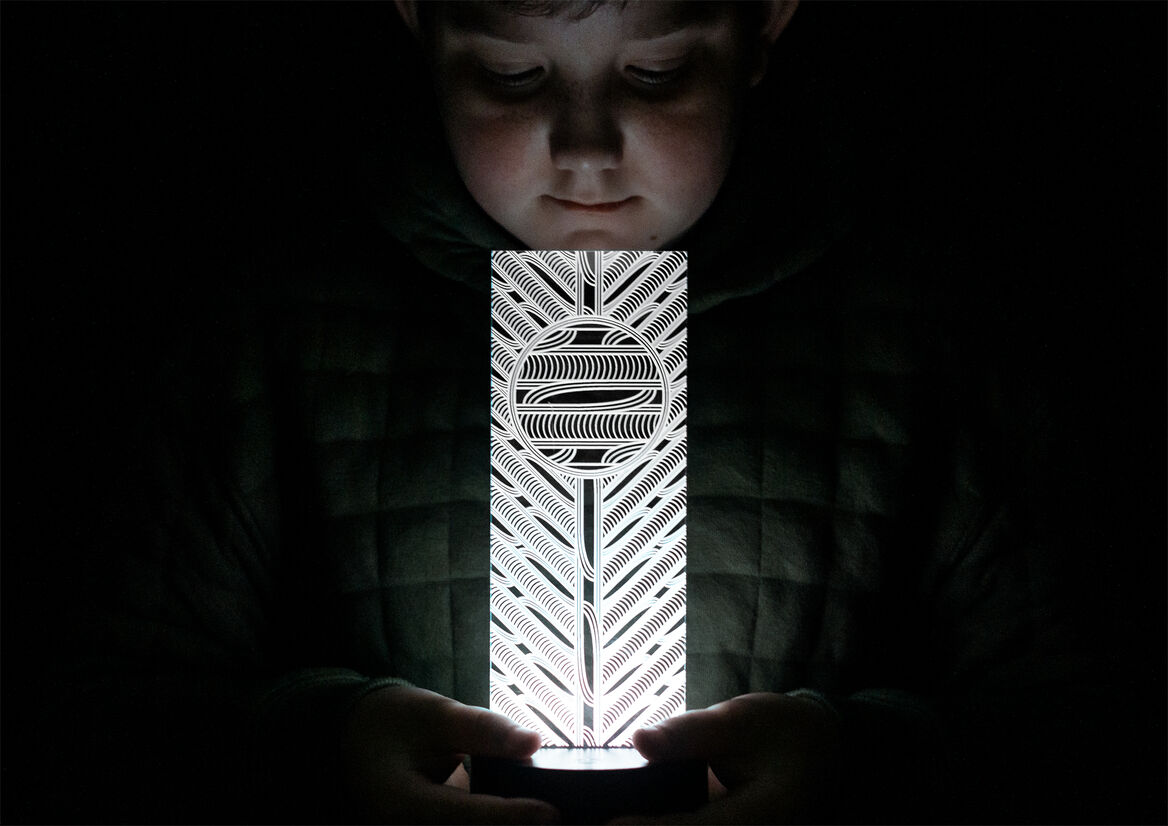 Whānau Ora Commissioning Agency approached WaiCreative to design and create some contemporary Māori art pieces for their 2021 Hui. The brief was wide, to reflect their kawa and kaupapa of the hui in a contemporary sense. Working with the clients we spoke about reflecting the Kawa of Whānau Ora within the pieces, representing their uara in a physical sense.

The artwork was first hand drawn and designed as free-standing pieces that the client could use as focal pieces for the hui. Once the designs were created they were then approved by Whanau Ora’s Kawa Advisor as being representative of each of the uara.

To bring this traditional design into a contemporary context, and tie in the hui theme: Tū Ana Ngā Pou Angitu, WaiCreate designed illuminated LED pou, bringing “Angitu” into a physical representation. The concept behind this idea was to illuminate each uara of the kawa, lighting up the outcome domains of Whānau Ora and inspiring hope and aspiration for the future of Whānau. Bringing the six Pou into a modern context meant that modern materials and innovation was needed. Wood turned to acrylic, and haehae turned to etching. Each Pou was created so the user can change the illuminating colour to have a deeper connection to the Kaupapa. This allowed the pou to both contrast or compliment the environment in which it is used. The Six Pou designed are broken down below:

Tūmanakohanga: uses “Poutama” - the pathway of Tānenui-a-Rangi as he ascended to Rangi-Tūhāhā. This pattern represents the hope, ambition a driving force needed to succeed.

Ngā Hua: uses koru to show a contemporary view of Hua Whenua and Hua Rākaū. Each Koru stands for outcomes reached within Whānau.

Ngākau Māori: uses “Mango Pare.” This pattern represents strength but has been adapted to represent the beating heart that influences the decisions we make as people.

Tūhono: uses haehae, the lacerations commonly seen with Whakairo throughout wharenui and traditional Māori pou. These lines are traditional connections from the living to the pasts and the depth in connection between whakapapa.

Mana Motuhake: uses a birds eye view of a traditional Pā. There is a connection of contemporary art to a traditional way of living through the whenua.

Matataki: uses Aro Aro a pattern found in Tāniko, it stands for people, whānau and the hapori working in unison to achieve success.

Upon completion, the client decided that the pou were to be used for more than just the 2021 Hui. The client asked to share them further with the community, as beacons for whānau, submissions for galleries and decorations for the Whanau Ora Building. To achieve this, WaiCreative created 300 miniature versions and those pou will be shared throughout Aotearoa.