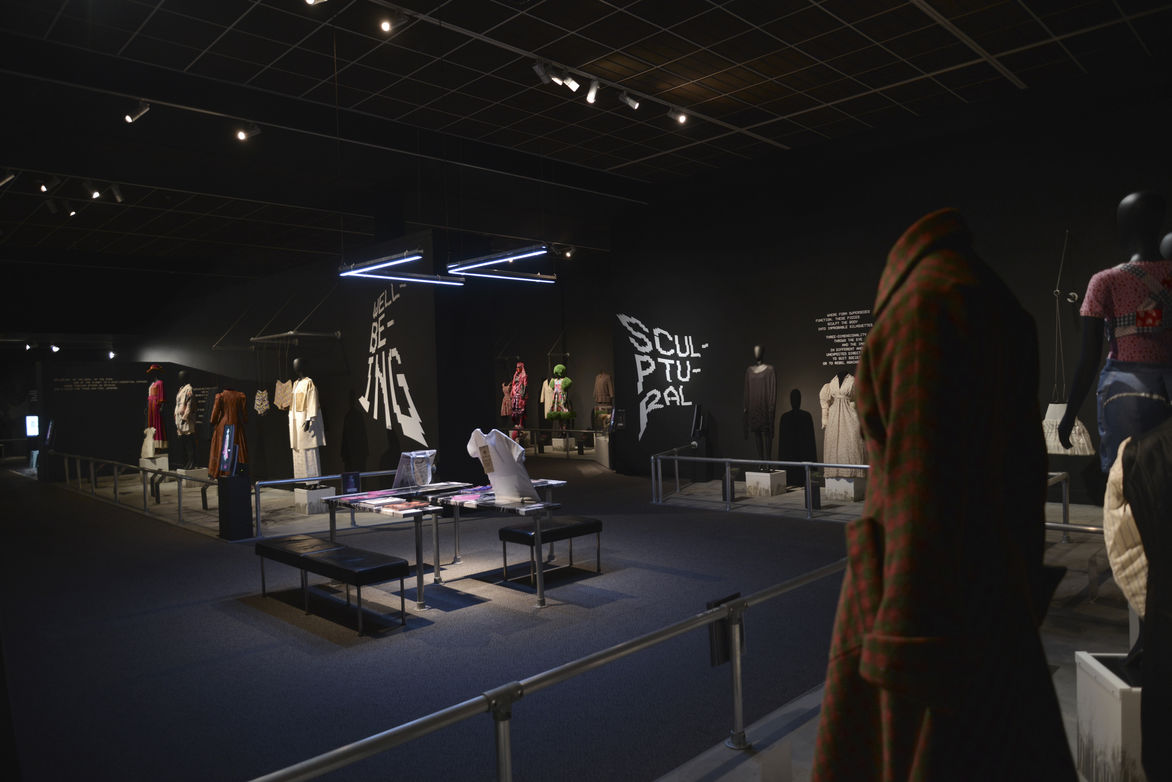 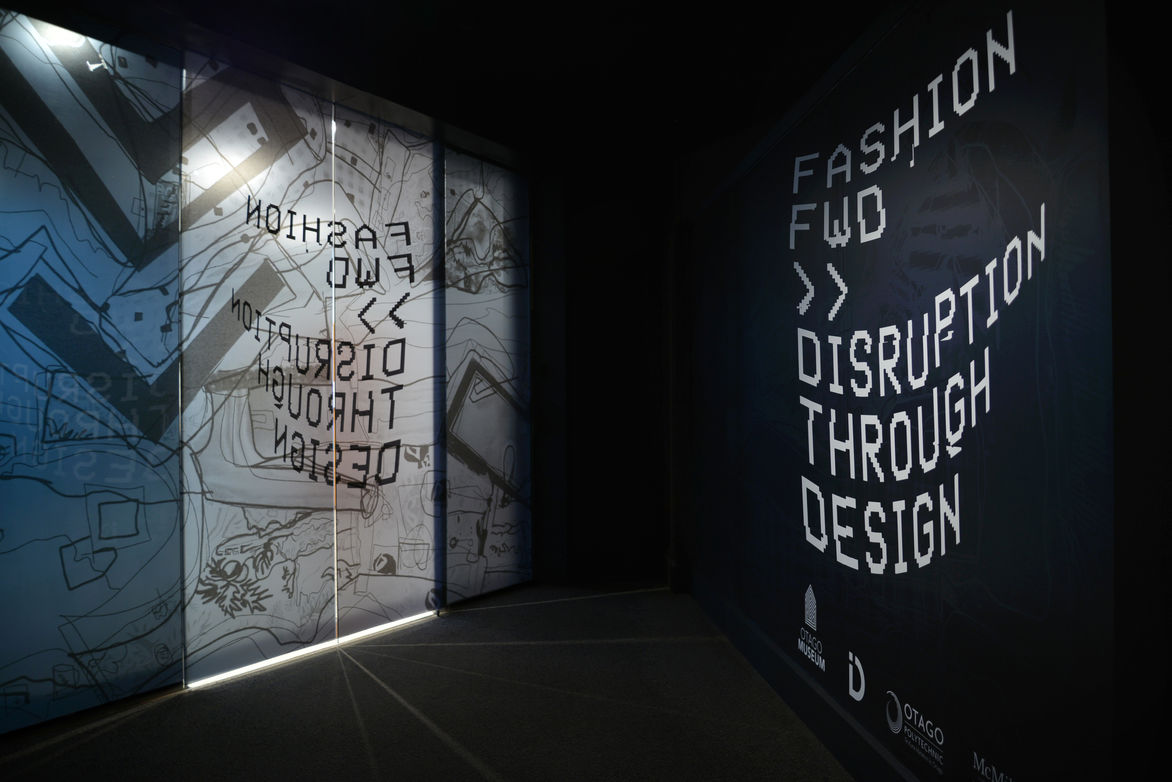 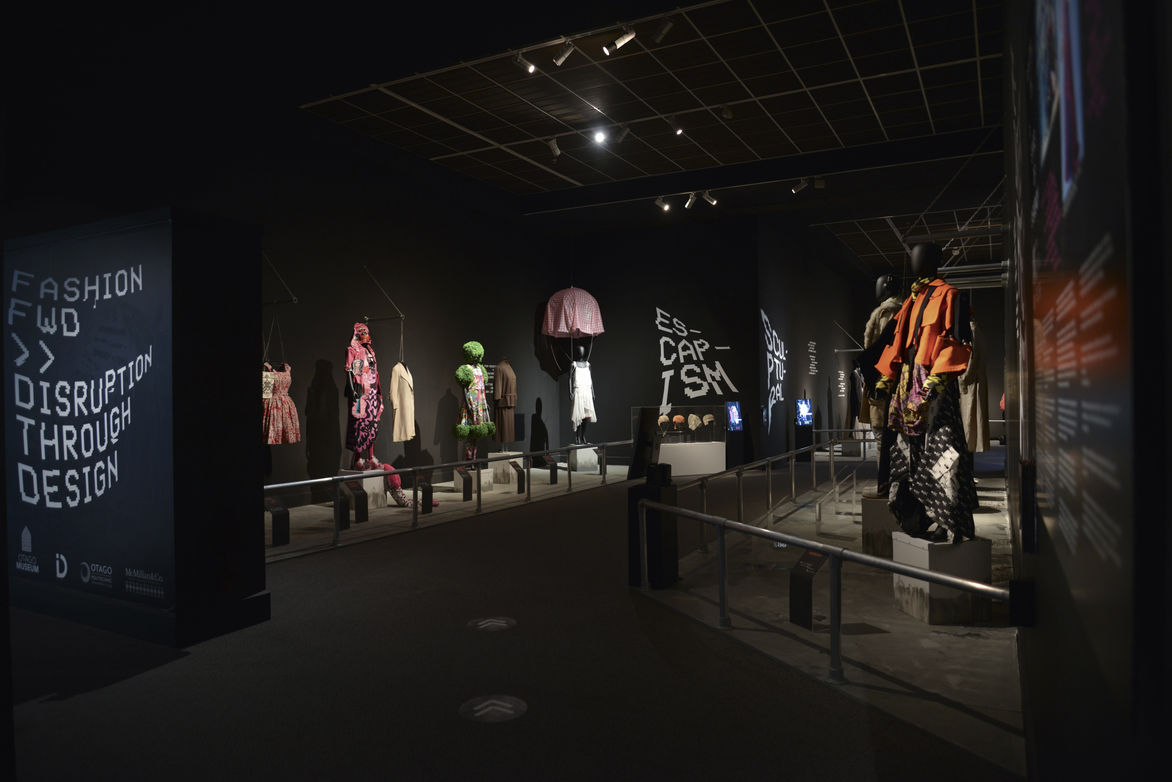 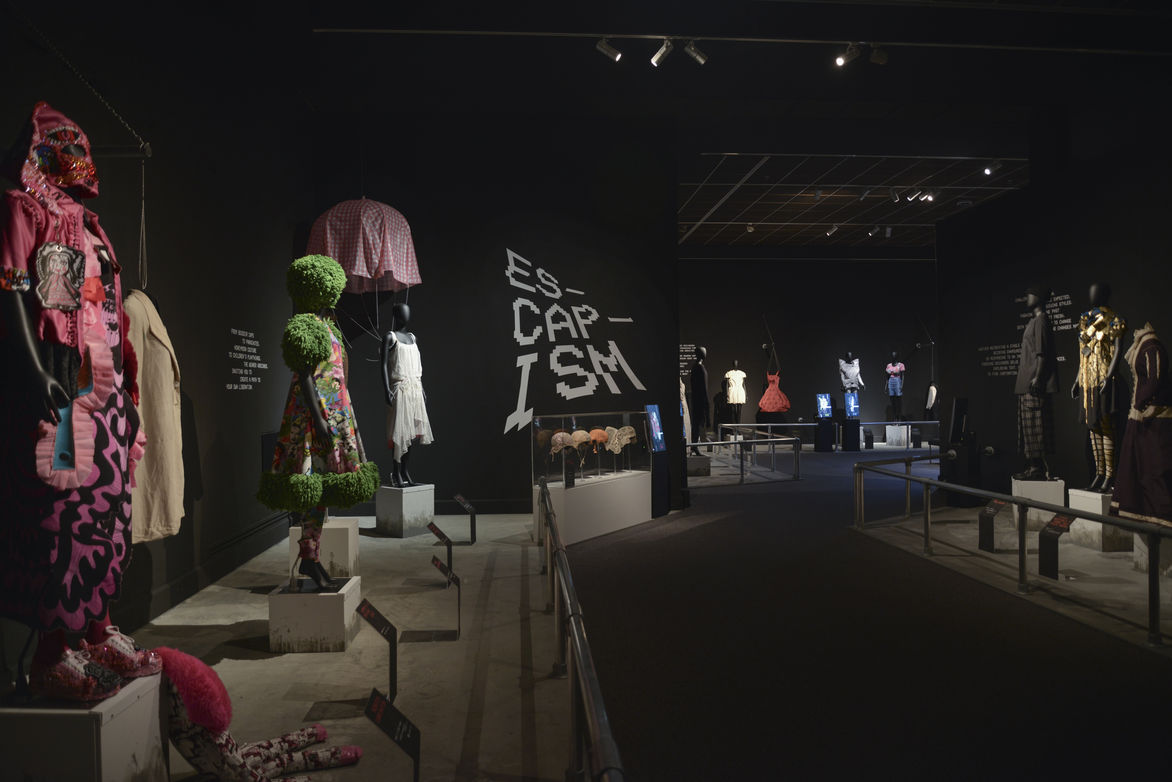 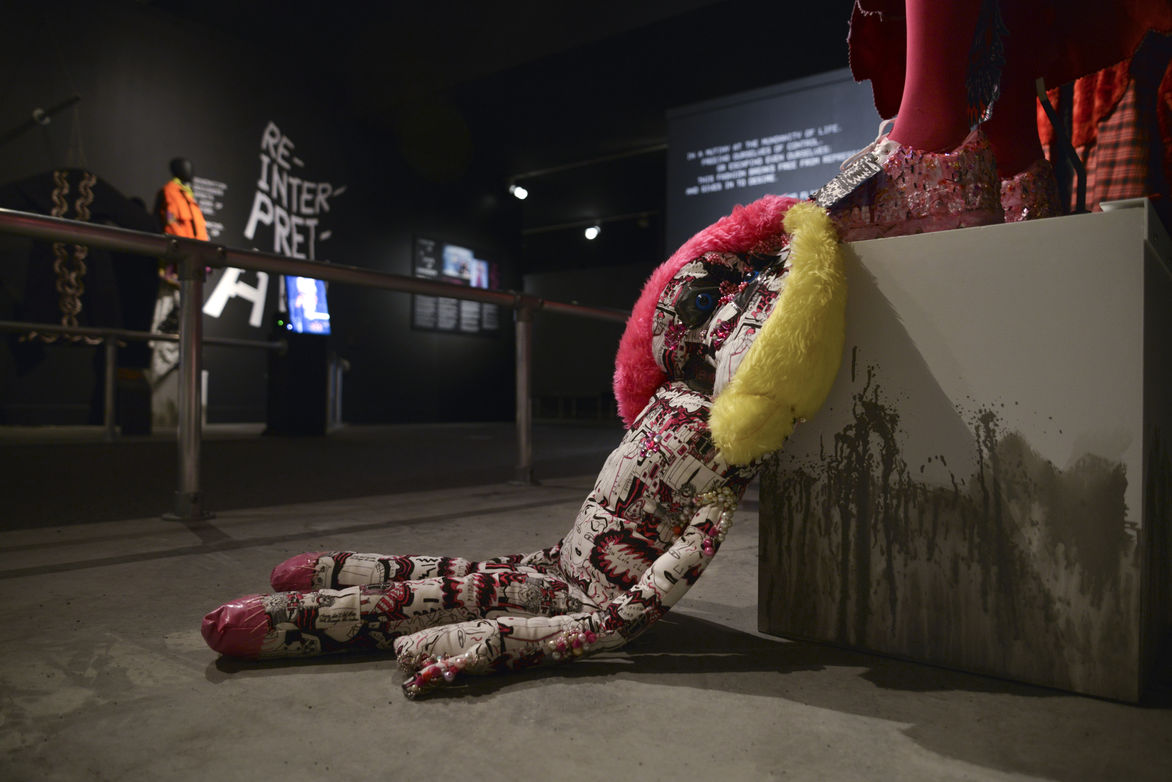 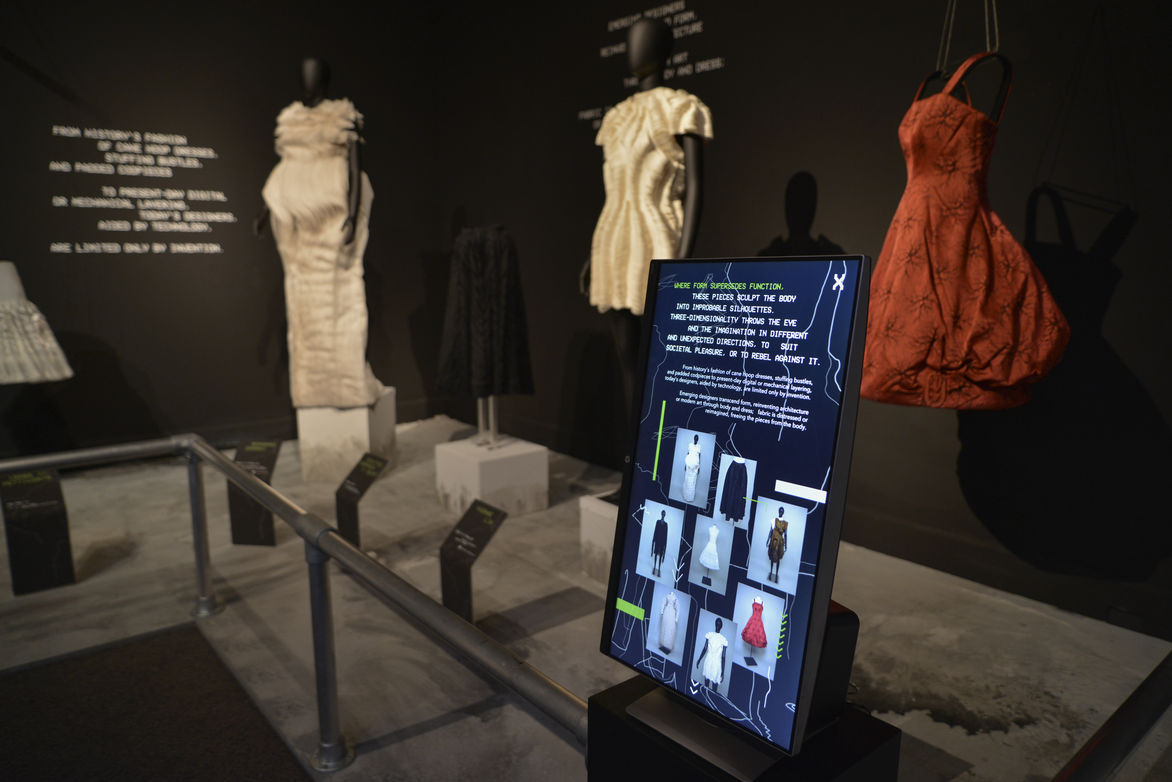 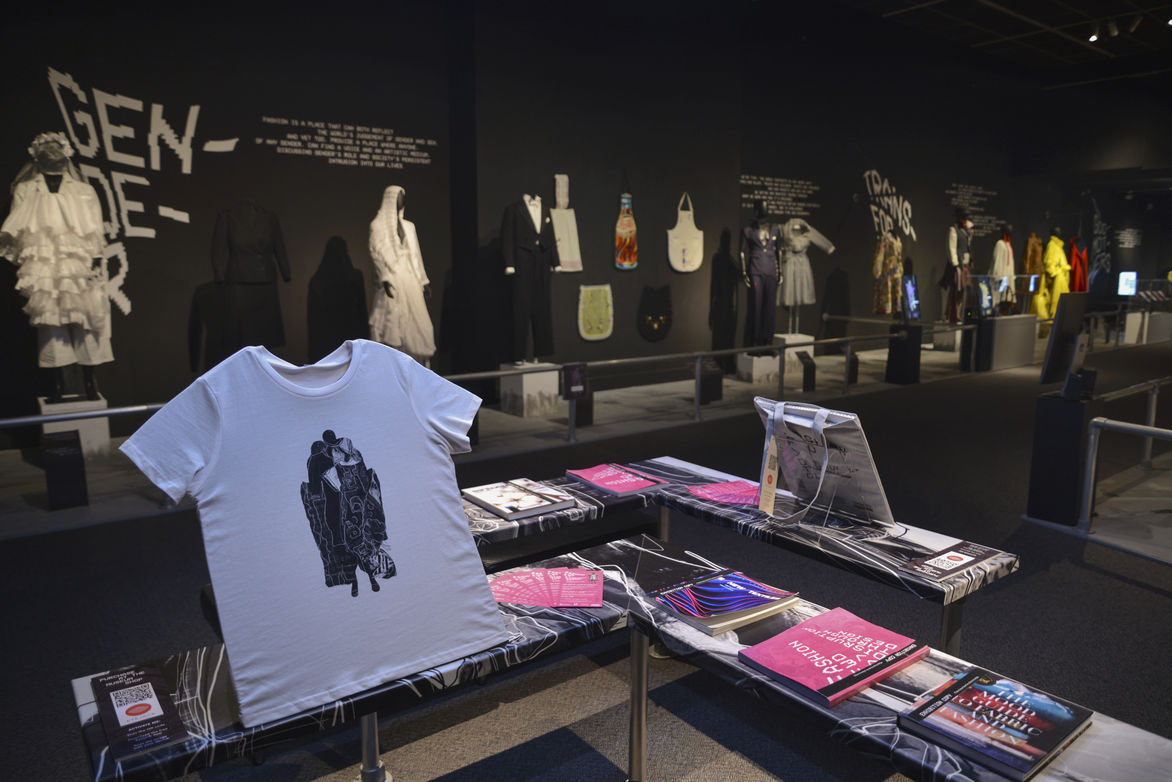 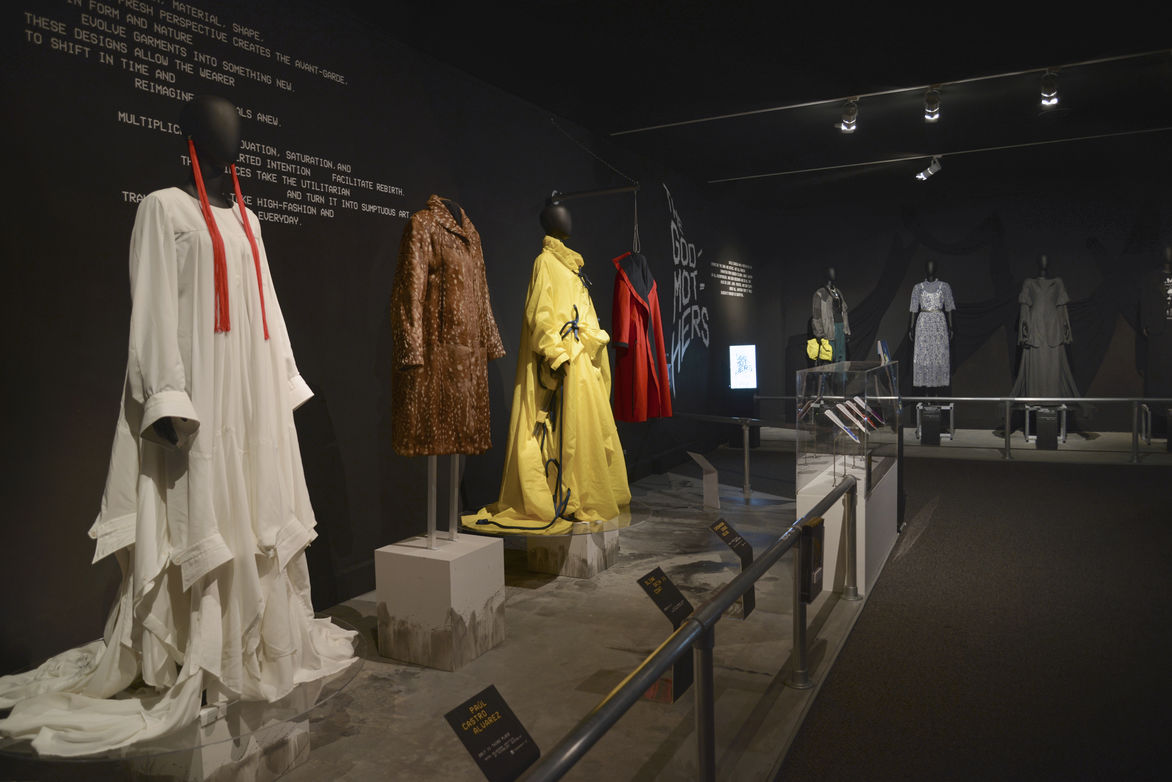 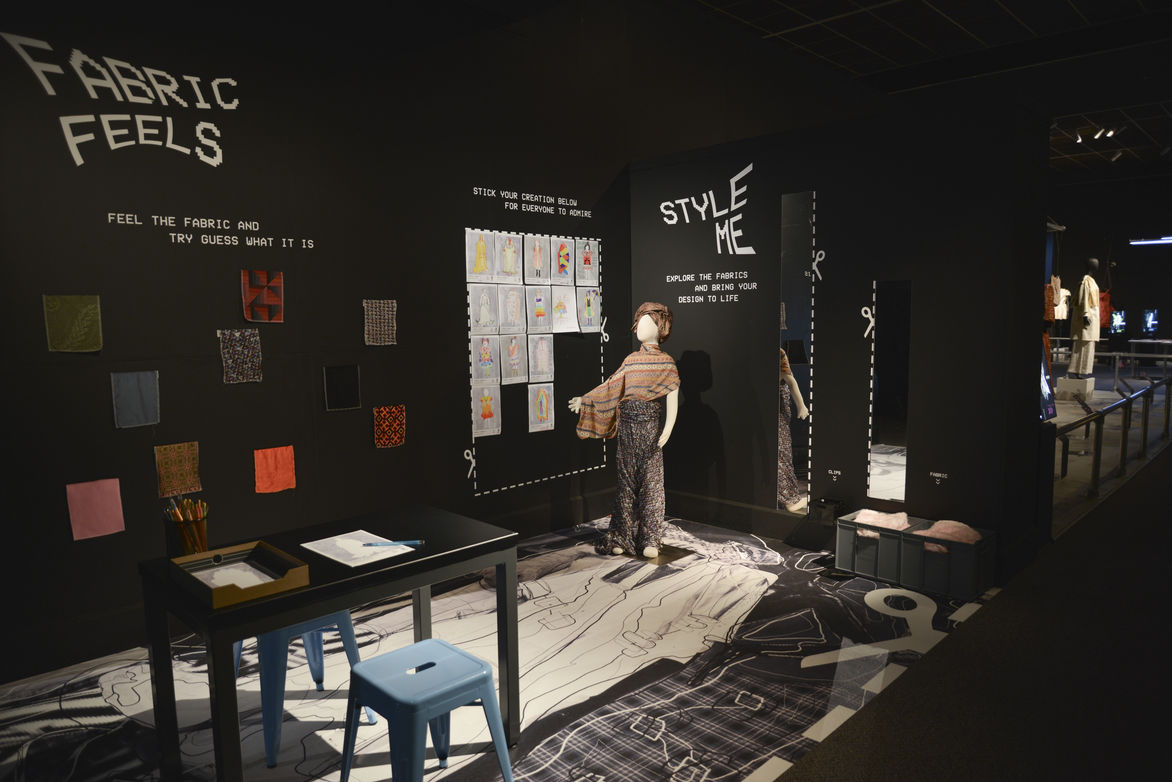 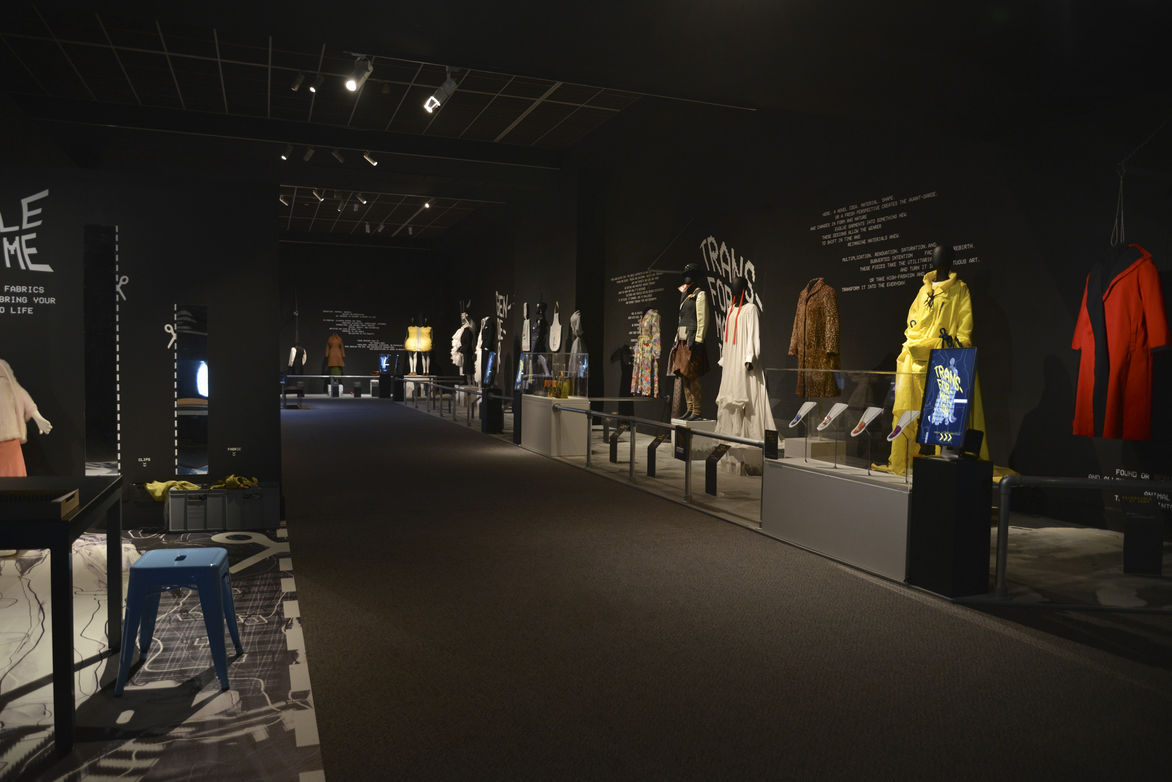 A curatorial collaboration between Otago Museum, iD Fashion Dunedin, and Otago Polytechnic, the exhibition showcases work of iD International Emerging Designer Award finalists of the past 16 years from around the world, alongside items from Otago Museum’s textile collection. Together, these garments fuse the historical with the contemporary, into a timeless innovative narrative.

Divided into seven themes (Escapism, Re-interpretation, Sculptural, Illusion, Gender, Wellbeing and Transformation), the garments are analysed through the own designers inspiration and critical thinking behind the garments, while the museum garments are looked at through a contemporary lens around their impact on, or shift, within society.
Ultimately the exhibition is part of the fabric of Dunedin.

All of the designers on display once set foot in this city to showcase their work, and with such a strong local fashion identityt, it was fitting to include five ‘Godmothers’ of Dunedin fashion who have been instrumental in the awards, from judging to mentoring. The ‘Godmothers’ are elevated at the end of the exhibition, overseeing everything that has become before it.

Originally scheduled to open in May 2020, COVID-19 became somewhat of a silver lining. It allowed the team to completely reimagine the original design, reflecting the times we are in. Featuring garments from 14 different countries around the world, it was an opportunity to showcase global talent here and now, in a time we could not get to experience it ourselves.

The visitor experiences the exhibition like they are strutting a runway, while the garments are spectators on either side. Referencing Dunedin’s gothic aesthetic, the walls and ceiling are black, allowing the garments to pop with spot lighting. The use of scaffold barriers and pipes, suspended by chain and wires has an industrial feel, but creates a sense of being 'under construction'. The designers featured are at the beginning of their careers, exploring and constructing their own path in the industry.

The garments are all designed to be worn, so rather than a clean white surface, the ground has been spread with a concrete effect, to allude to the pavement. All white plinths elevating the garments have a concrete splatter growing up them like they are being reclaimed by the environment they are in, and grounding them in the here and now.

A key aspect when designing the exhibition was sustainability. Almost every produced aspect in the exhibition has been repurposed from an exhibition before it. The plinths, mdf, scaffolding, and specialist lighting have been given a new life from across five past exhibitions, keeping production cost to a minimum. Sustainability is also an instrumental theme featured in the awards, so it was important for that to be reflected here.

As the exhibition comes to a close, a creative space for families has been incorporated where visitors can get up close and feel fabrics, style their own garment on a mannequin, and express designs on provided silhouettes of featured garments, giving them an alternate reimagining.