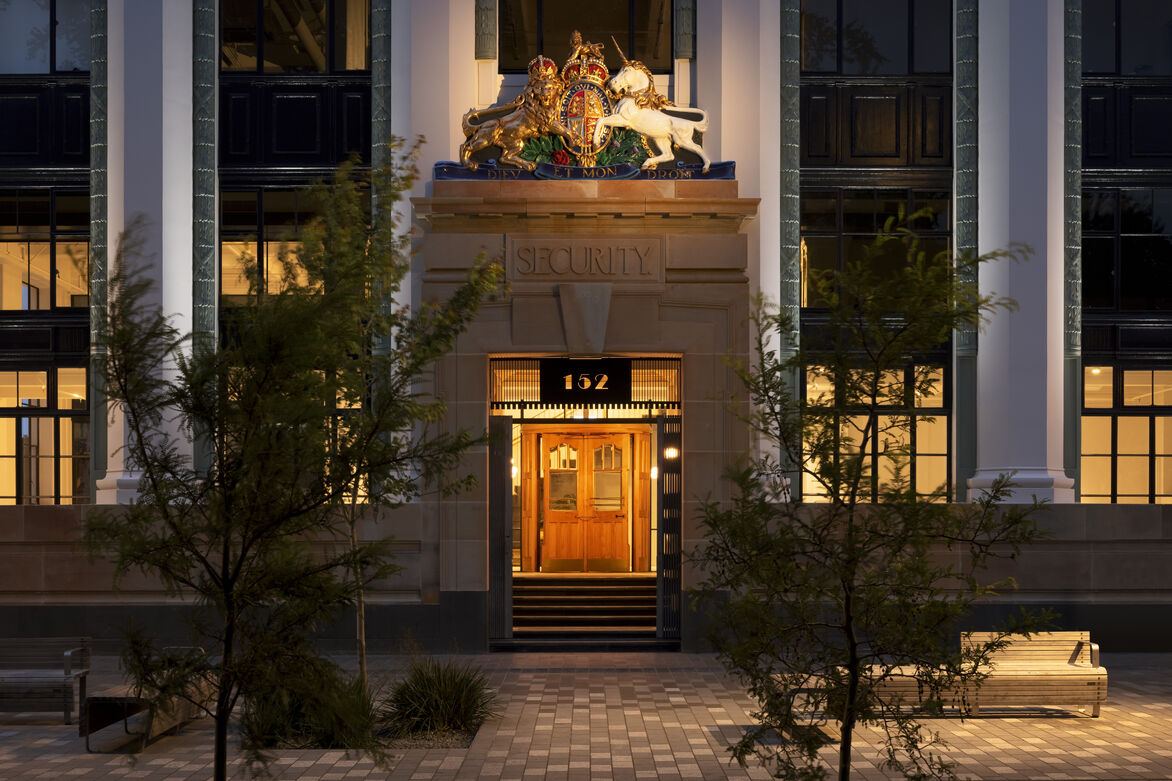 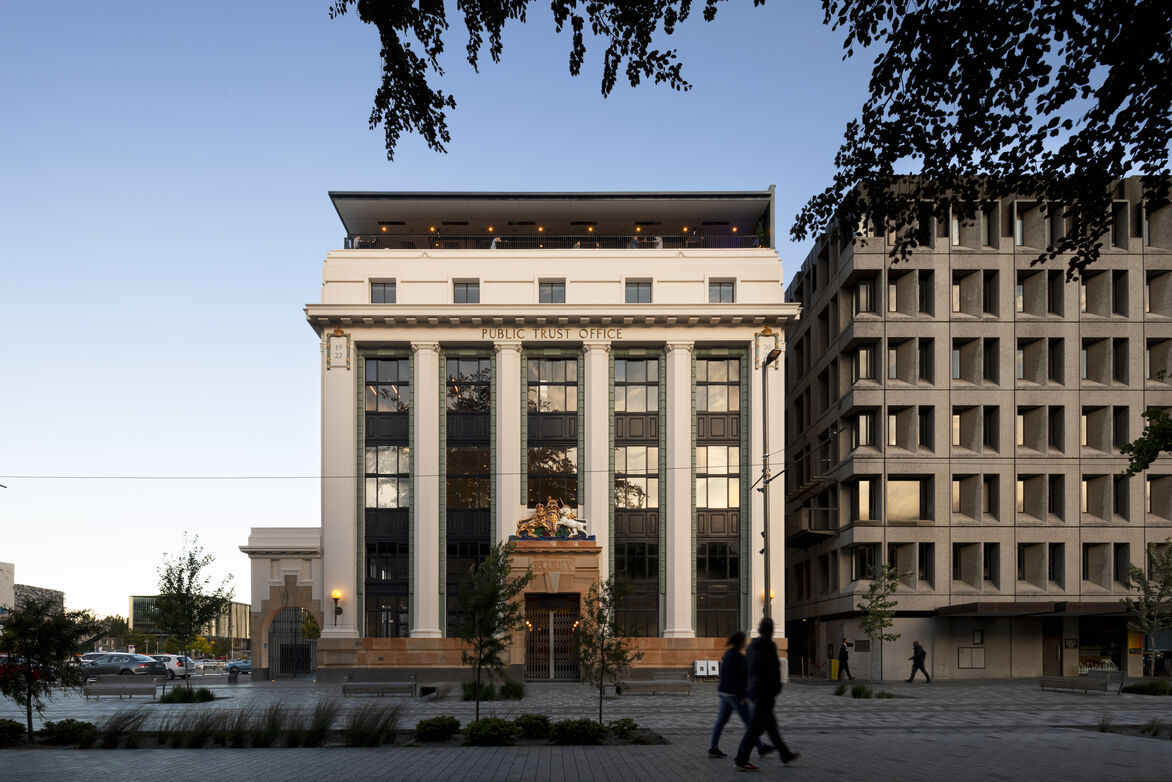 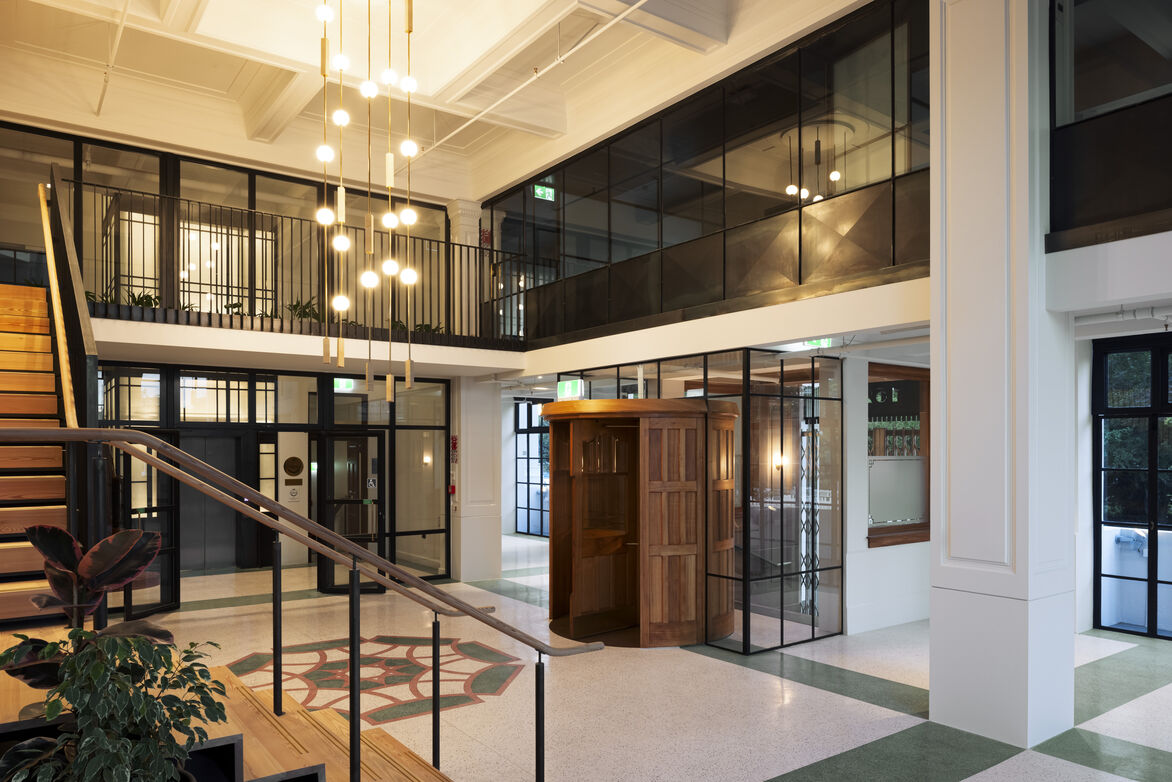 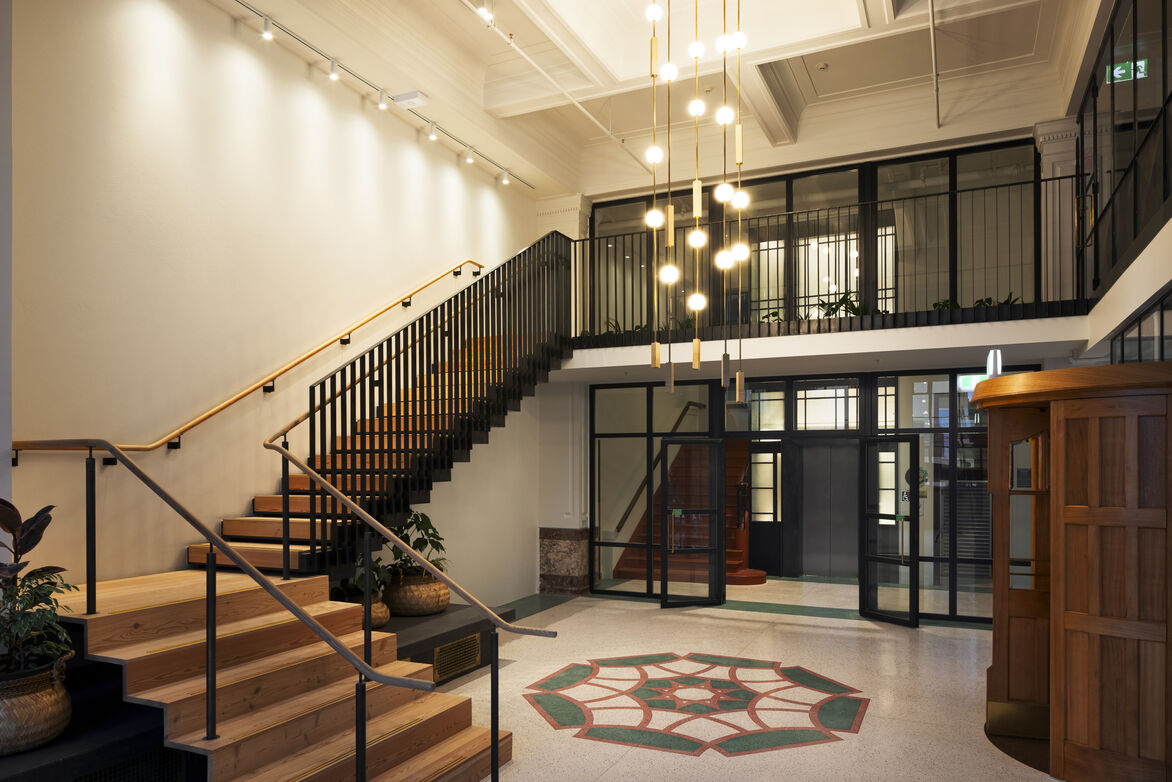 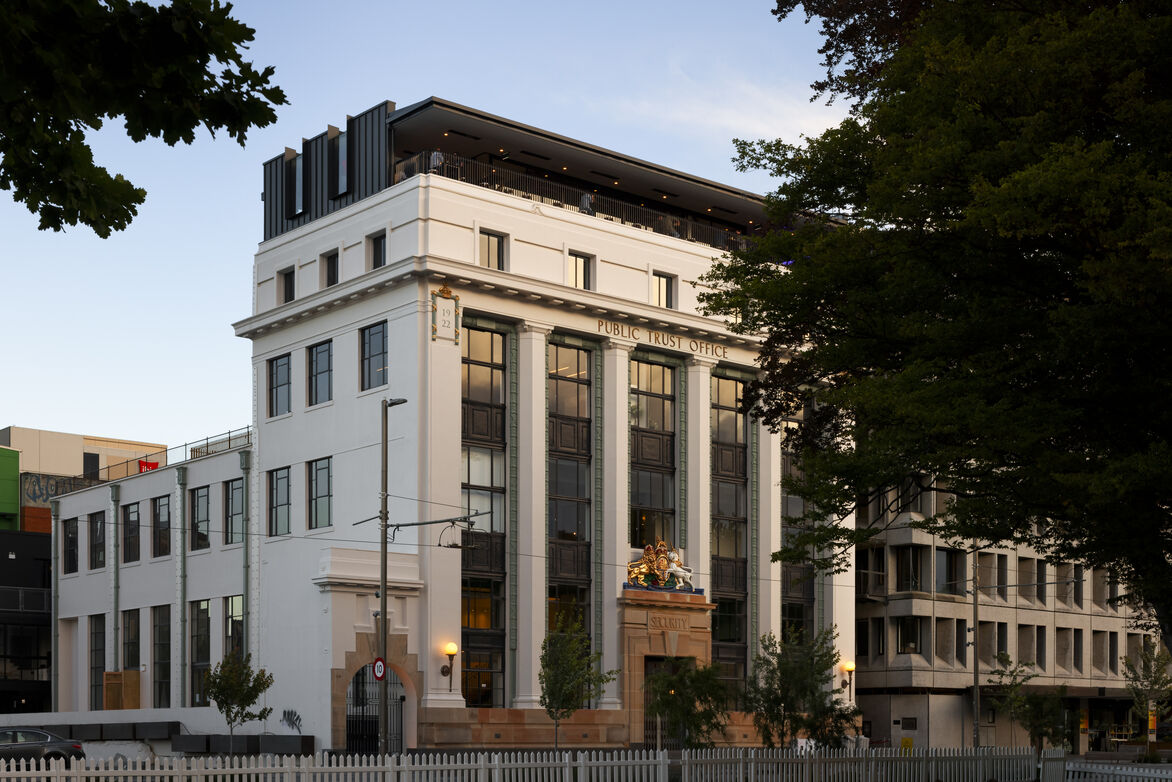 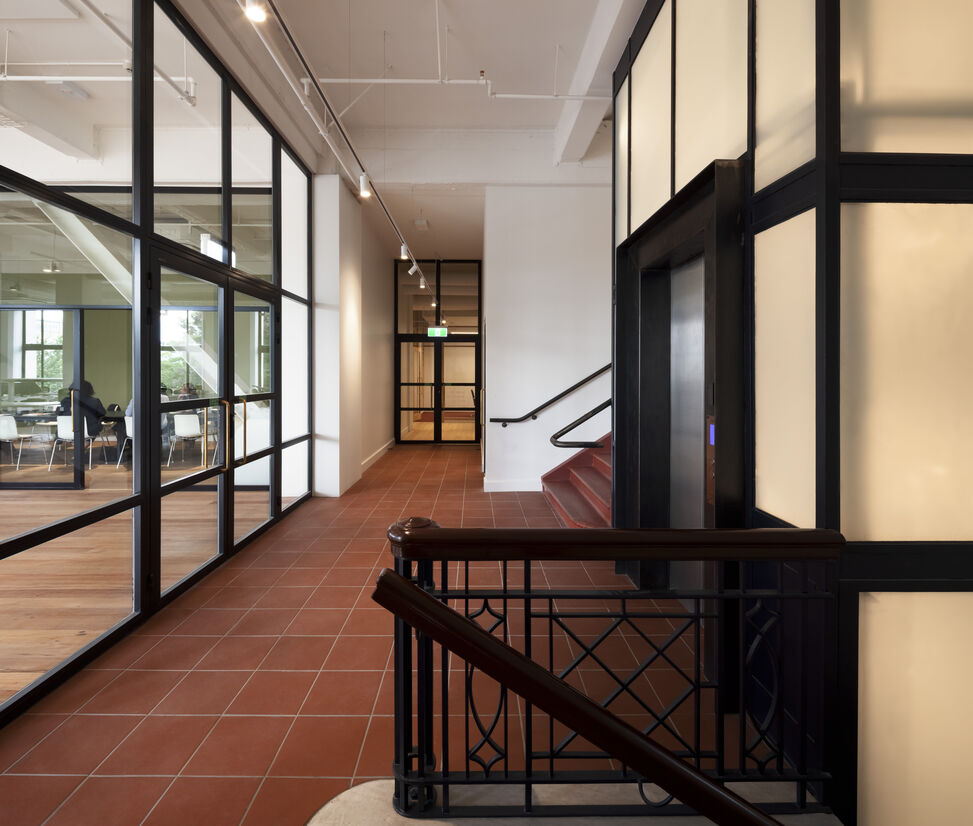 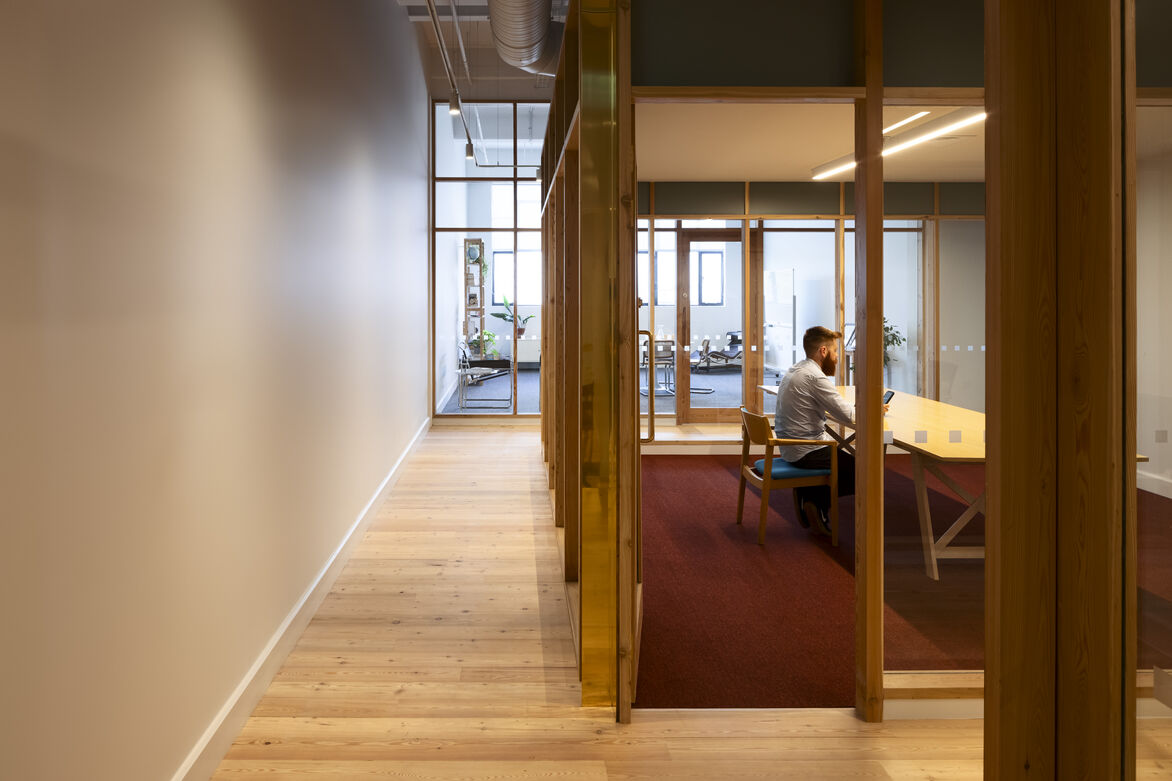 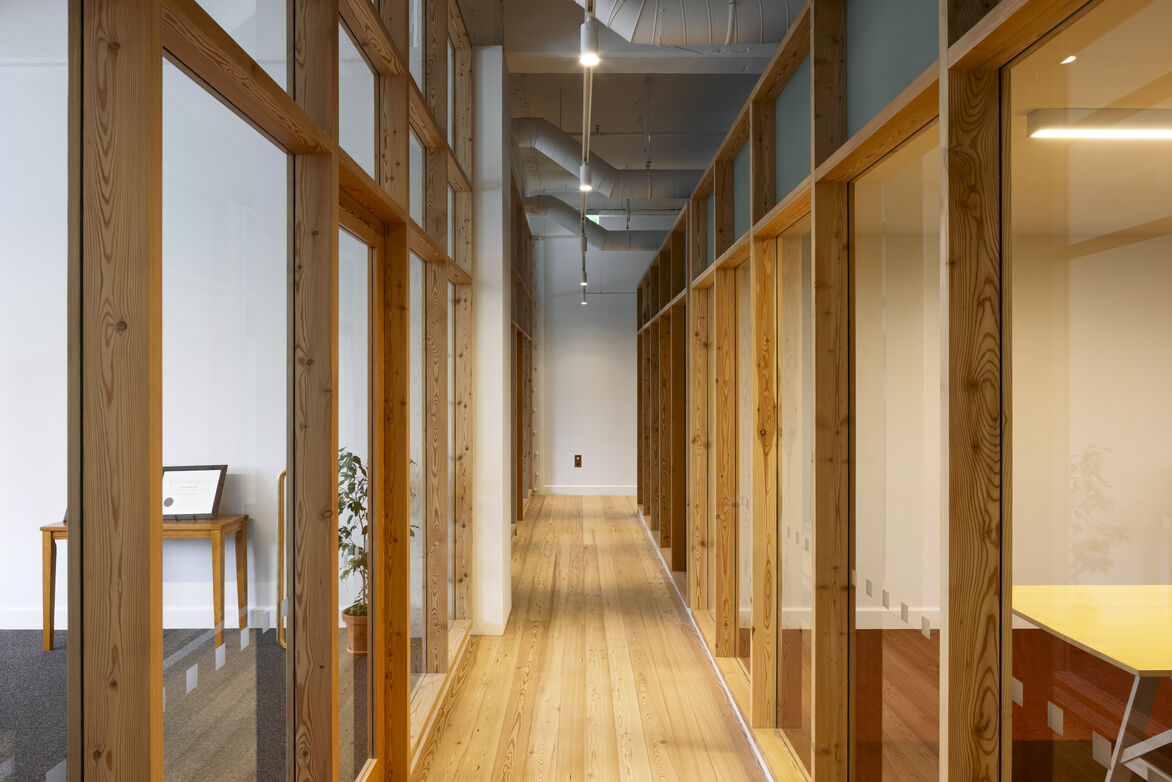 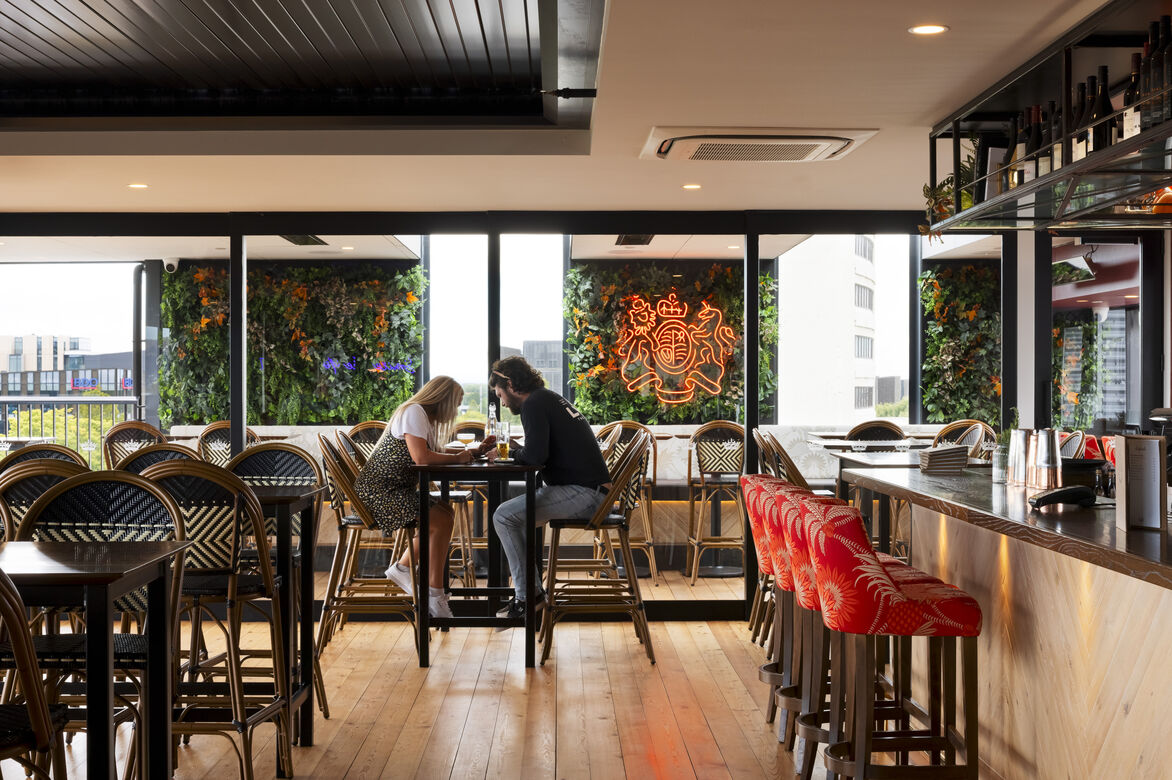 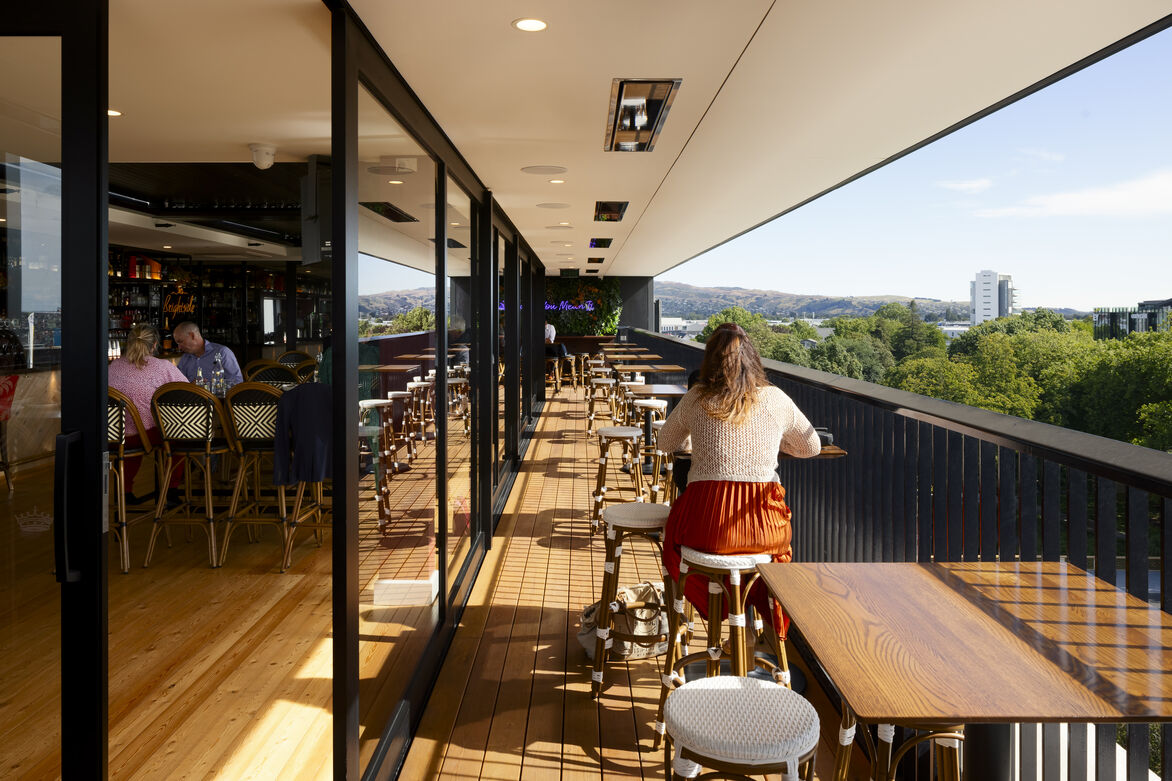 The Public Trust building was originally built in 1932, designed by Cecil Woods. Located on the western edge of the Ōtākaro/Avon River Precinct.

Over the decades it has been subjected to various alterations, not all of them considerate of the building’s heritage. The changes culminated in severe, but not irreparable damage in the Christchurch Earthquakes. Our client wanted to retain and restore as many heritage features of the building as possible and practical, while also upgrading to meet current codes. This had to be done with a budget of approx. $2,000,000, significantly less than the previous owners forecast of $19,000,000. (We meet budget).

One of the primary drivers was the importance of defining the original from the contemporary. New elements used a palette of materials that complemented, but were clearly not part, of the original fabric. We referenced original drawings sourced from the library archive to inform motifs, colours and materiality.

Blackened steel, colours which harked back to the original marble used throughout, and Larch in lieu of Rimu where typical examples. Where we were restoring heritage elements however, we strived to replace or recreate like for like - this included hunting down someone who could recreate the terracotta stair nosings originally made from a now non-existent 1930s moulding.

New internal space planning has made the building viable commercially, with a mixture of appropriately sized options for commercial and hospitality tenants. A language of window and door joinery was developed to delineate tenancy spaces, based on the rhythm and proportions of the original fenestration.

Detailing the entry lobby and lift shaft, the most visible parts of the building to the public, was an imposing but vital task. An entirely new stair was designed to open up access to the Mezzanine floor, and create a sense of drama and space upon entry. The stair wraps around a terrazzo floor, with colours chosen to complement the original marble, and a pattern designed with references to Cecil Wood's original design intent. Hanging in the center of the space is a custom design pendant, featuring sand stone blocks that had been off cut from stone used to repair the facade.

A 1990s addition on the rooftop needed to be replaced, with a space suitable for a hospitality fitout. In this instance, we took ques from a neighbouring 1960s building that informed proportion and materiality - the result being a modern addition that doesn't detract from the two well established buildings below and beside it. A rooftop bar (by others) occupies this space, and is accessed by a lift or the terracotta stairs. As you climb the stairs, the lift cladding transitions from the original fine steel, with glazed infill panels now restored, to a reversal of steel panelling and fine LED strips.

The restoration has generated excitement through the city, with people popping in for a peek at the lobby daily. The building was 80% tenanted before completion, with the final fit out underway now, a testament to the quality of the spaces.