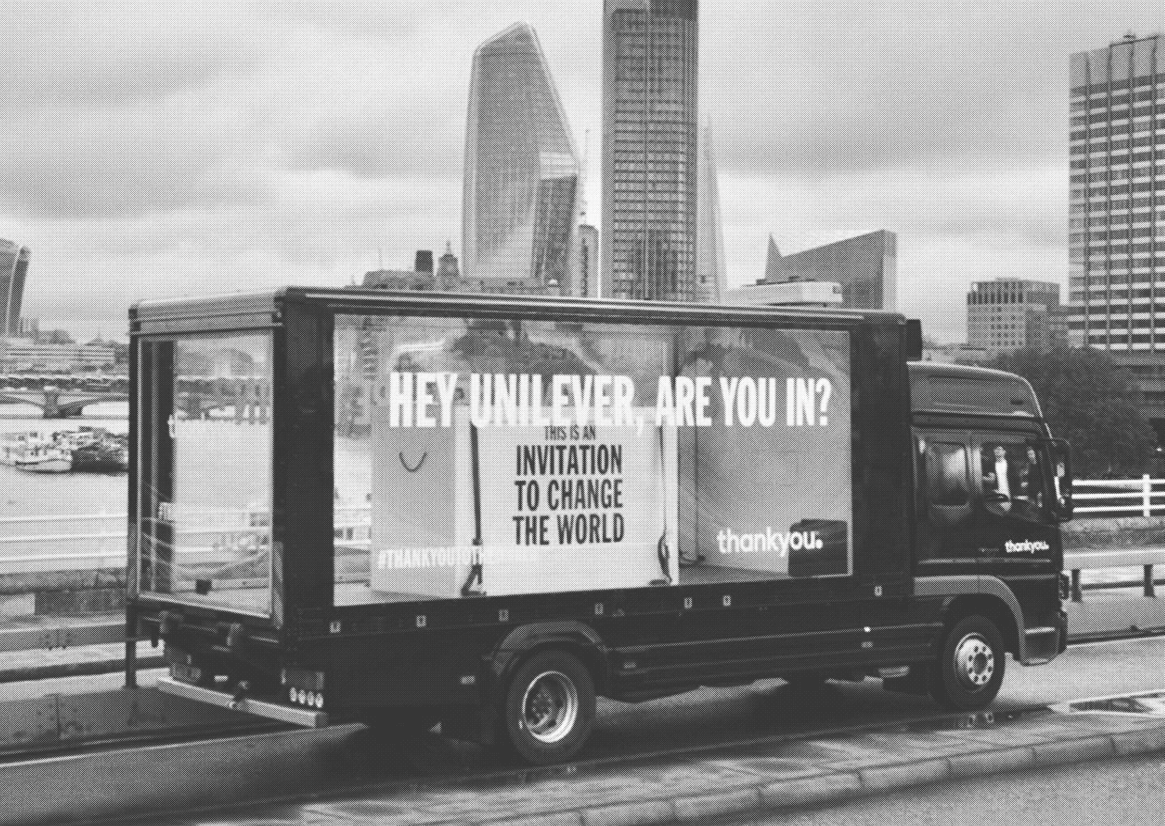 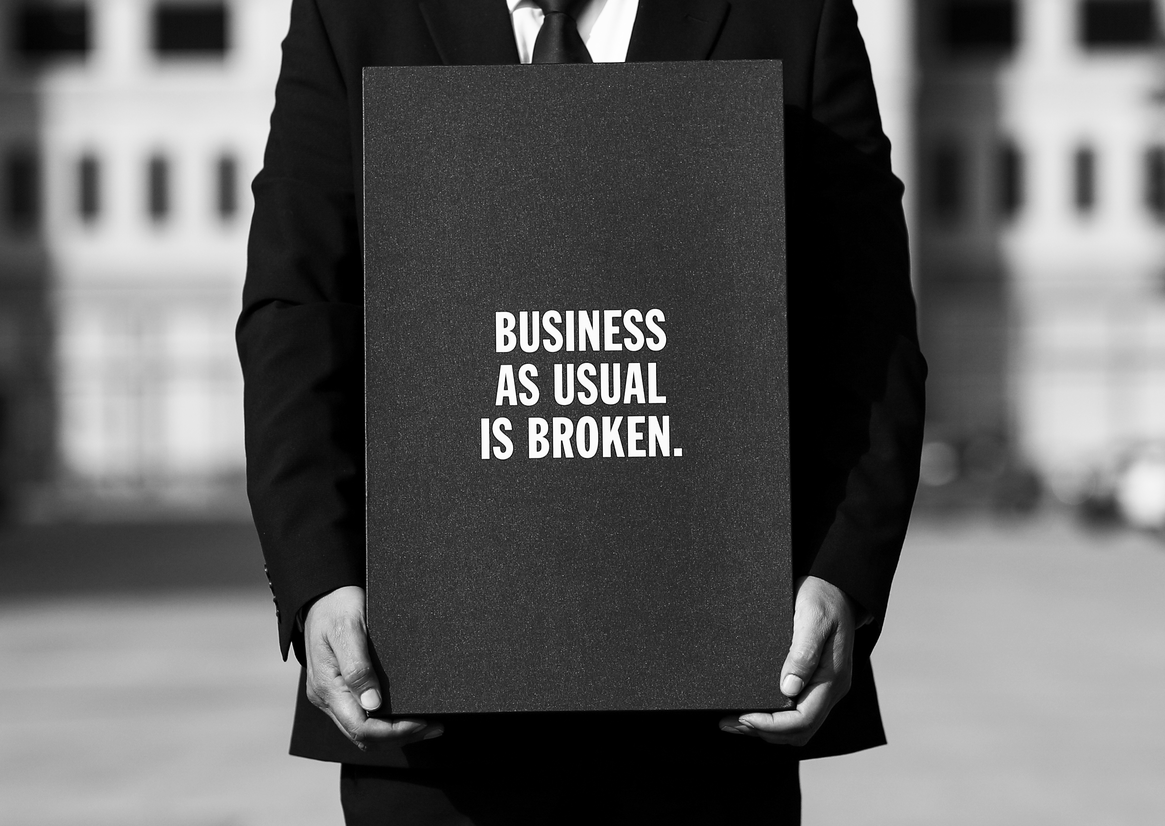 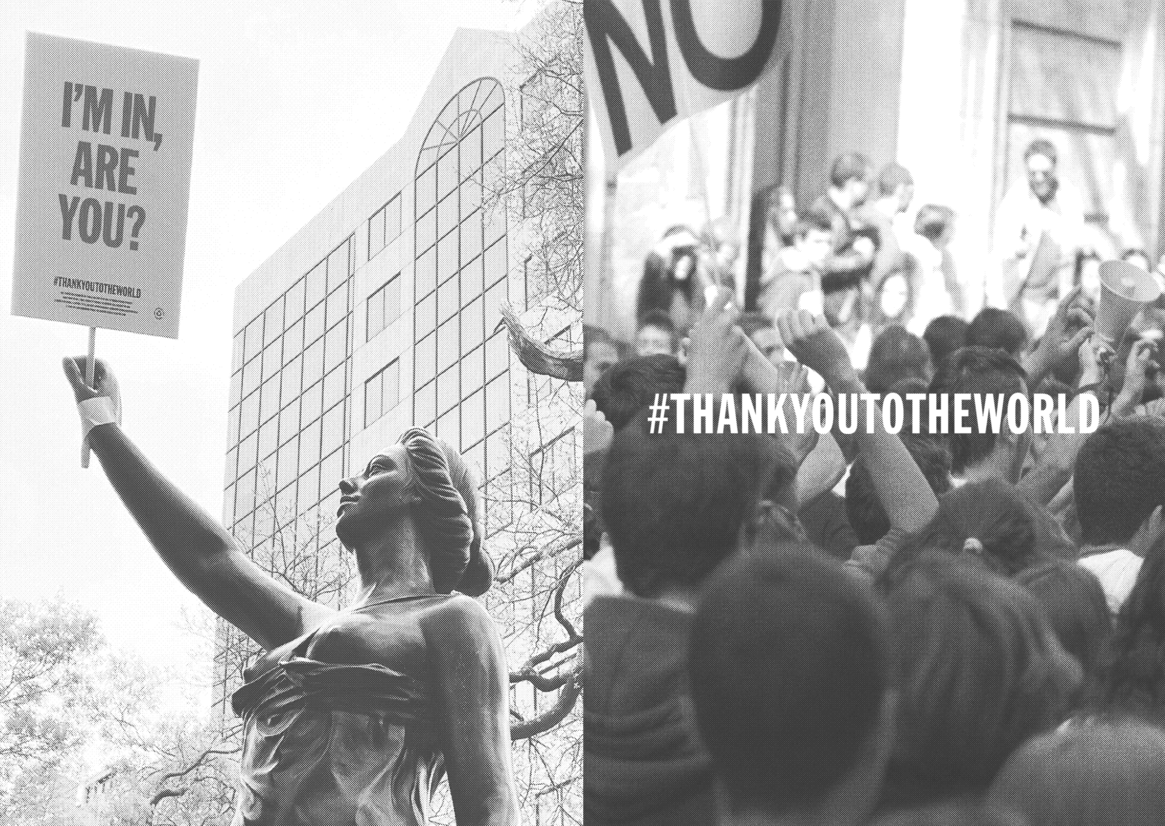 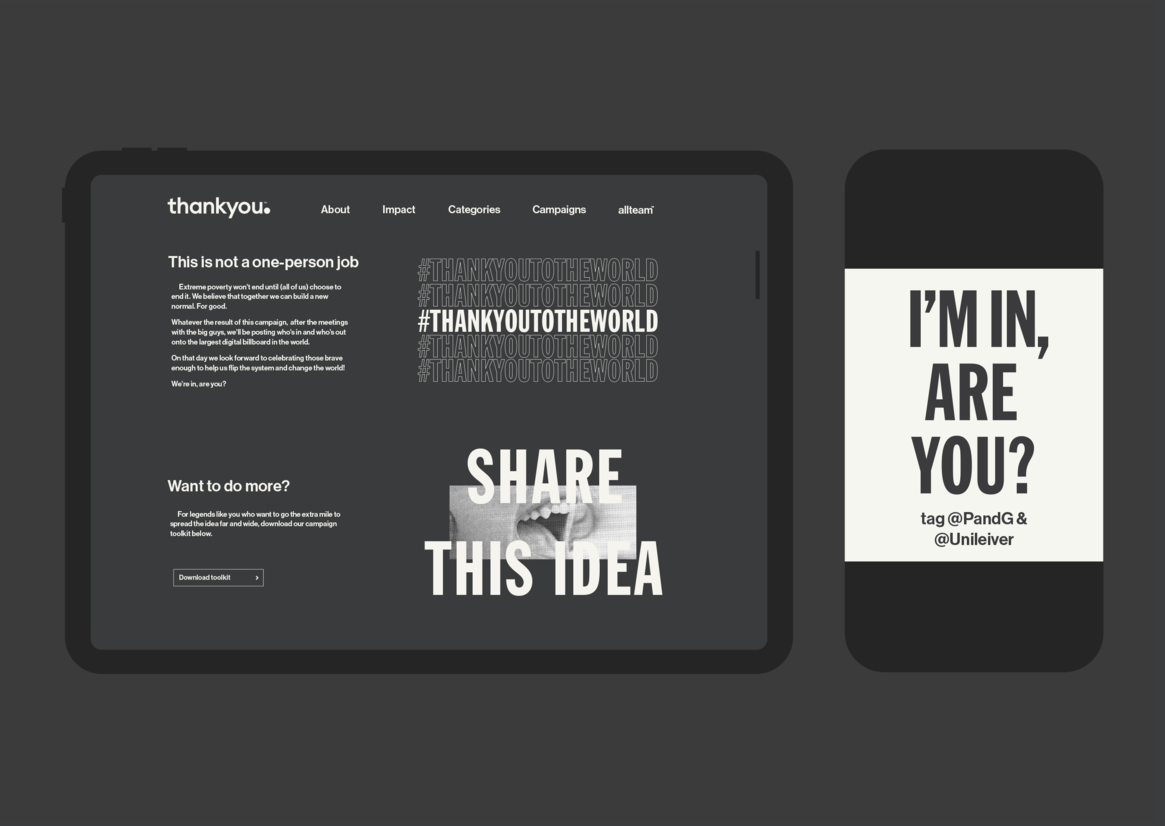 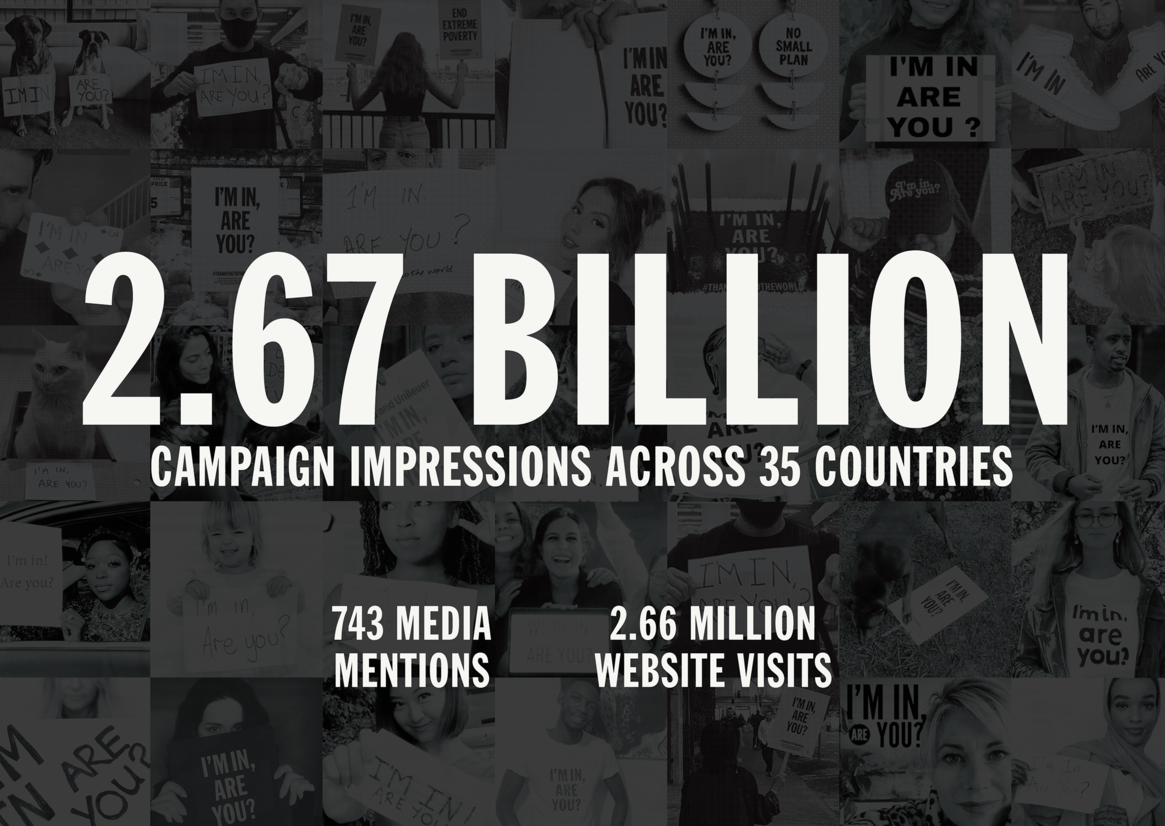 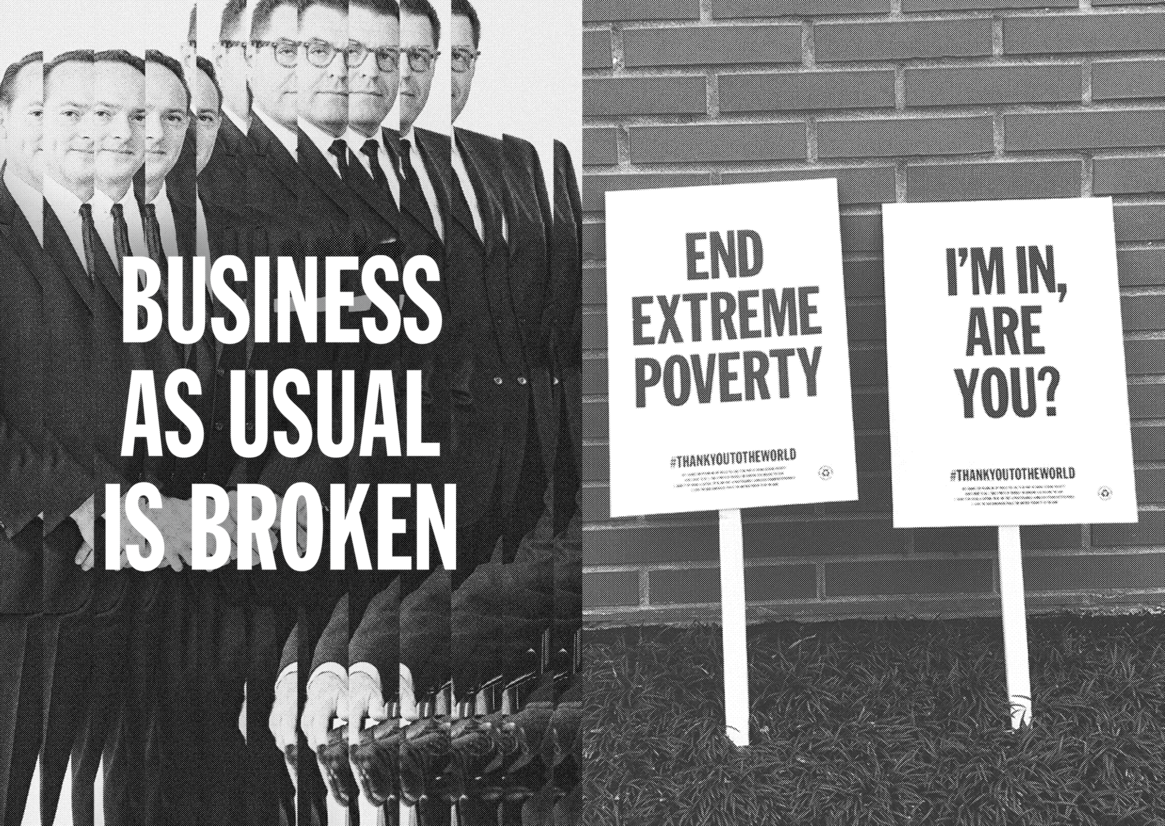 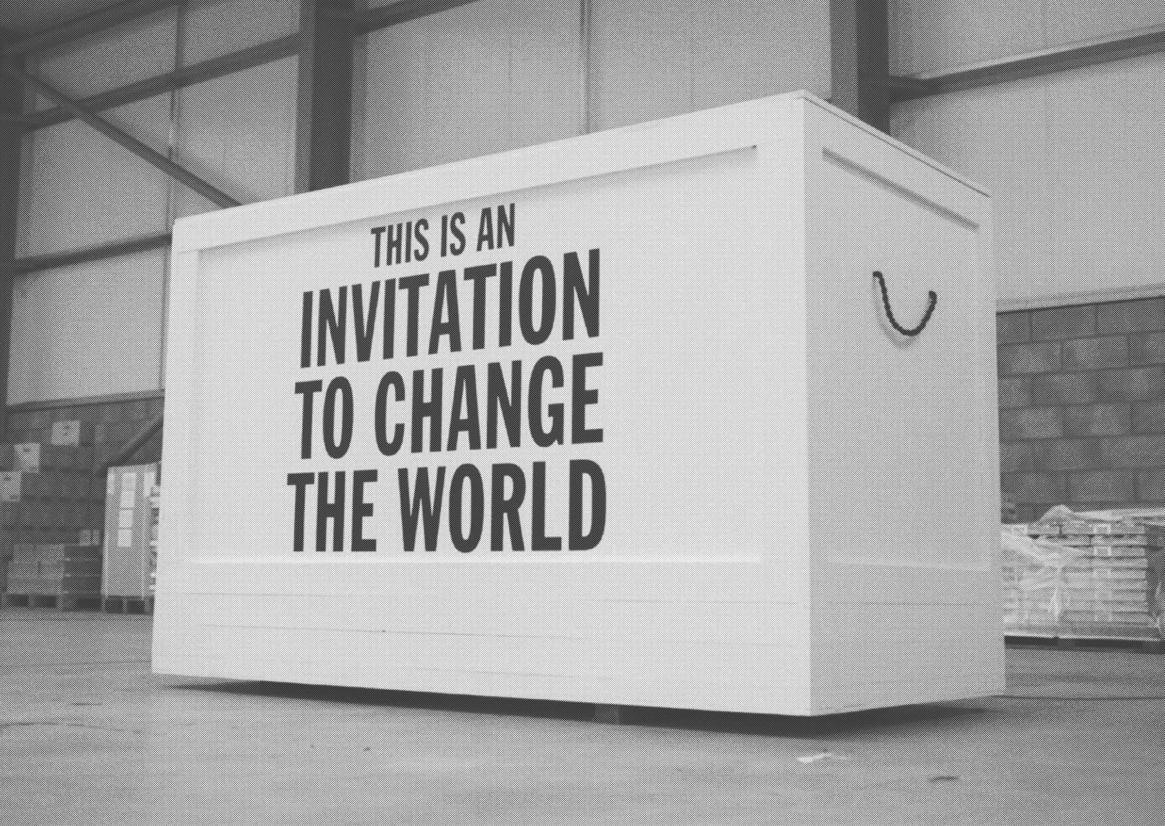 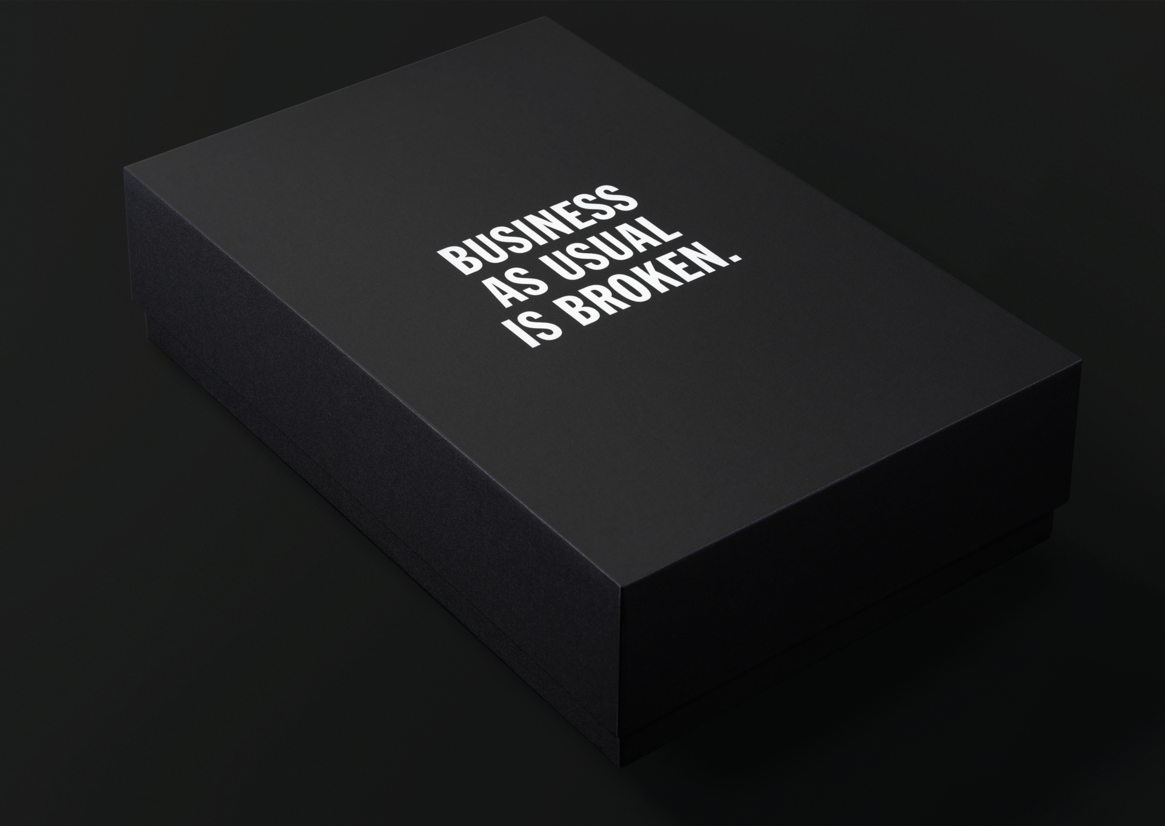 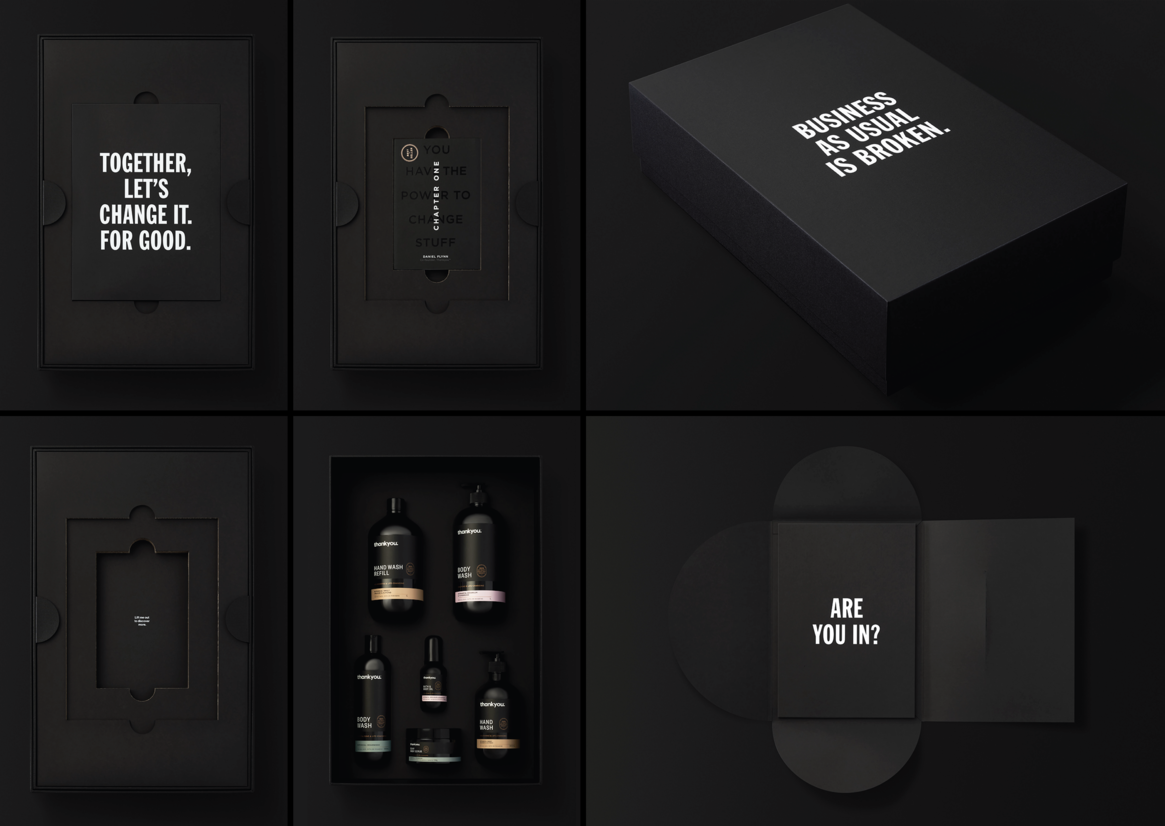 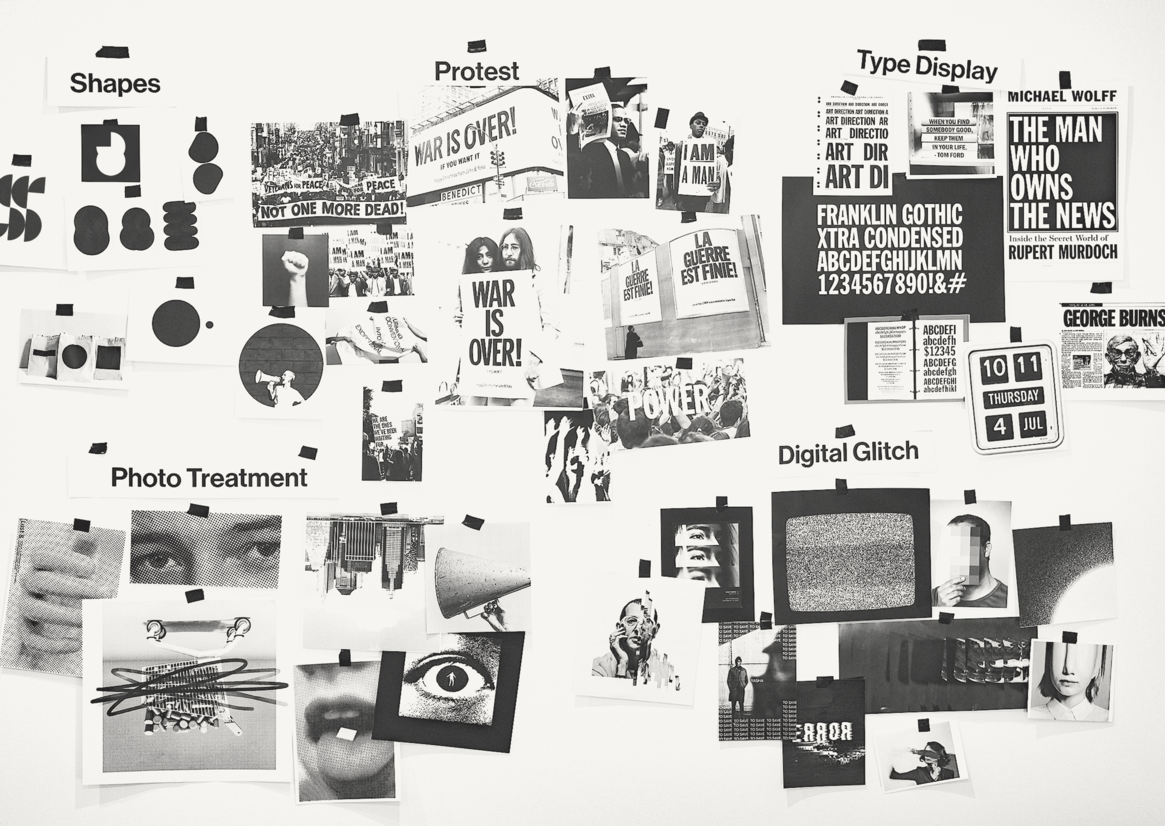 Thankyou is more like a social enterprise or a movement than a traditional consumer brand; a charitable trust who develops essential products for modern life, distributing the profits to change-makers around the globe.

They’re driven by the shocking statistic that approximately 736 million people around the world live in extreme poverty, and lack of access to basic health, education and sanitation leads to huge inequality, hardship and needless deaths every year. Meanwhile, around US$63 trillion a year is spent on consumer goods when the cost to end extreme poverty by 2030 is estimated at only US$2.5 trillion dollars a year. The system is clearly out of sync and in dire need of change, Thankyou’s reason to exist is to drive this change.

“No Small Plan” was an audacious idea to propel Thankyou beyond the Australasian market, a plan to move past their status as independent disruptors and infiltrate the mainstream. The initiative extended a working partnership invite to P&G and Unilever, asking these consumer goods superpowers to join them in making and distributing Thankyou products worldwide. Bringing them on board would give the movement access to millions more consumers and in turn, more funds to give to those in need.

It was unprecedented, slightly cheeky and definitely not business as usual, a force for good rather than pure profit. The campaign needed to make a strong statement and ignite the attention of passionate supporters, inspiring them to first understand the situation at hand then demand action.

Our Work
Our design exploration for “No Small Plan” started with investigating movements far removed from the world of consumer goods; from grassroots activism to political signage.

Inspiration came from protest placards with their graphically bold and minimal aesthetic and heartfelt calls to action. The goal was to make enough noise to get the attention of the two multinational brands and other major suppliers; the campaign had to go viral. We called out to Thankyou's online global community, asking them to post a simple message "I’M IN, ARE YOU?" on social platforms and tag in @pandg & @unileiver, with the addition of a hashtag #thankyoutotheworld.

The nature of the posts was organic and creative, relying on supporters to add their personal touch. There were original songs, magic tricks, artworks and creative foodery, it truly felt like a runaway underground movement.

No Small Plan generated over 1.3 billion campaign impressions and 707 media features across 34 countries, with the added bonus of inspiring other businesses to reach out to Thankyou directly. While the project is still evolving, the outcome is looking extremely positive, including a plan to announce "who’s in'' on one of the largest digital billboards in the world in Times Square, New York City.