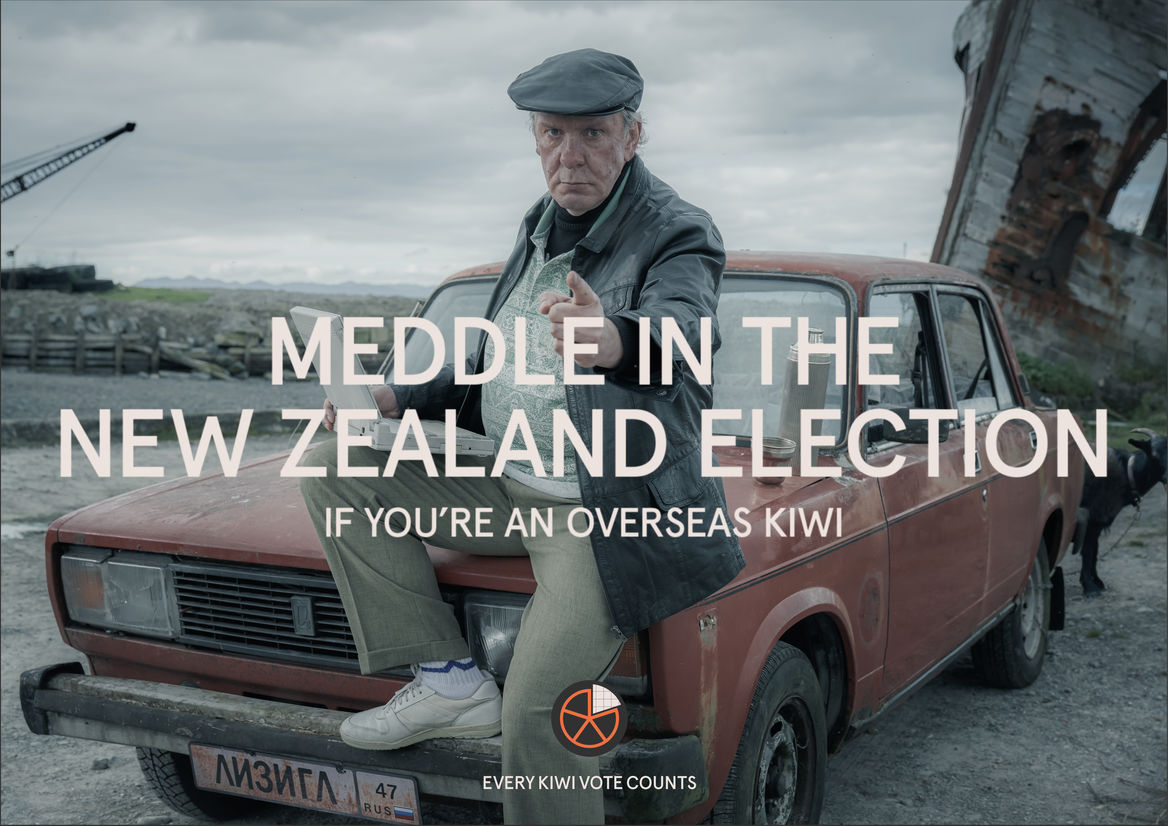 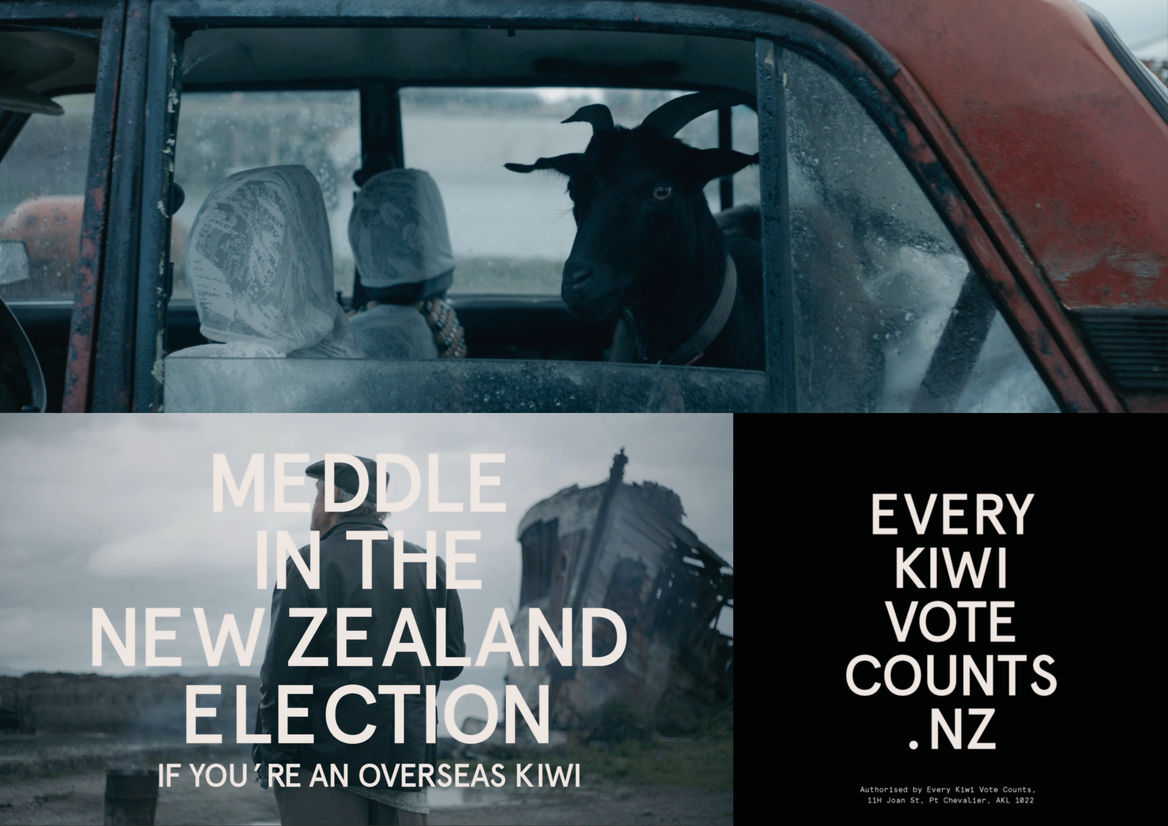 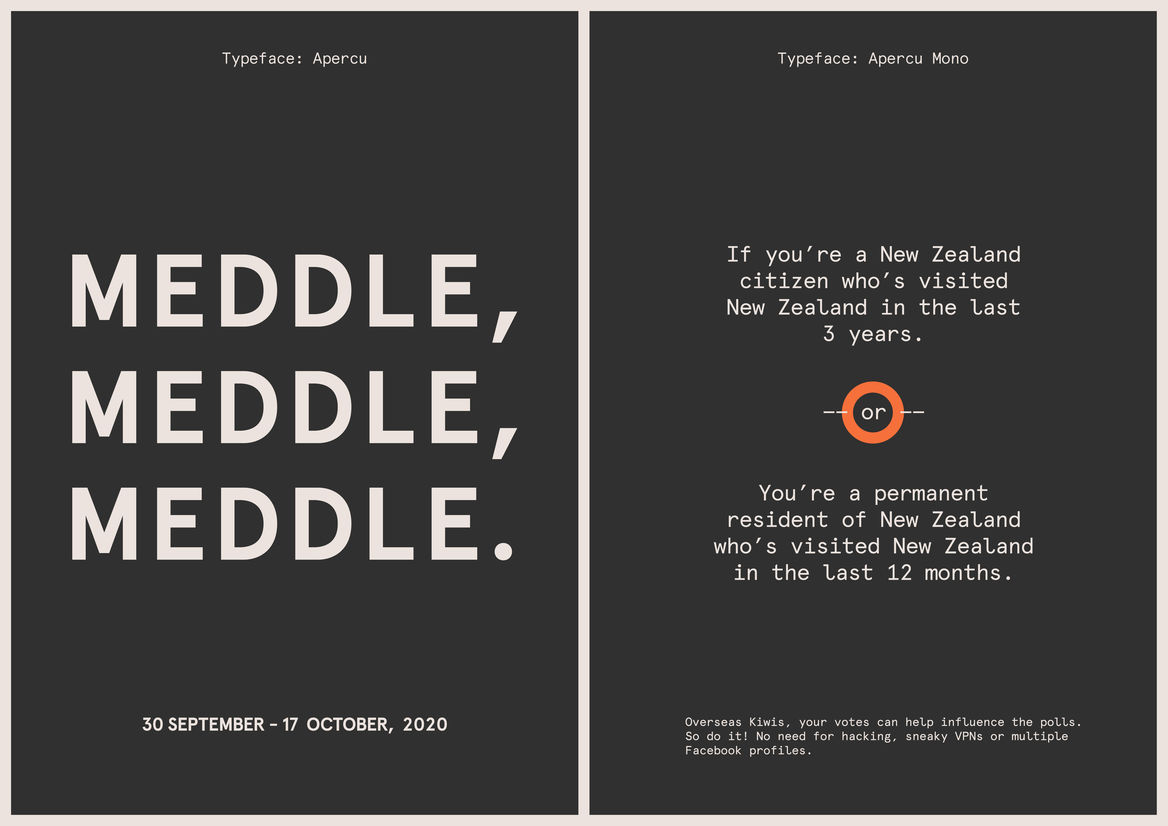 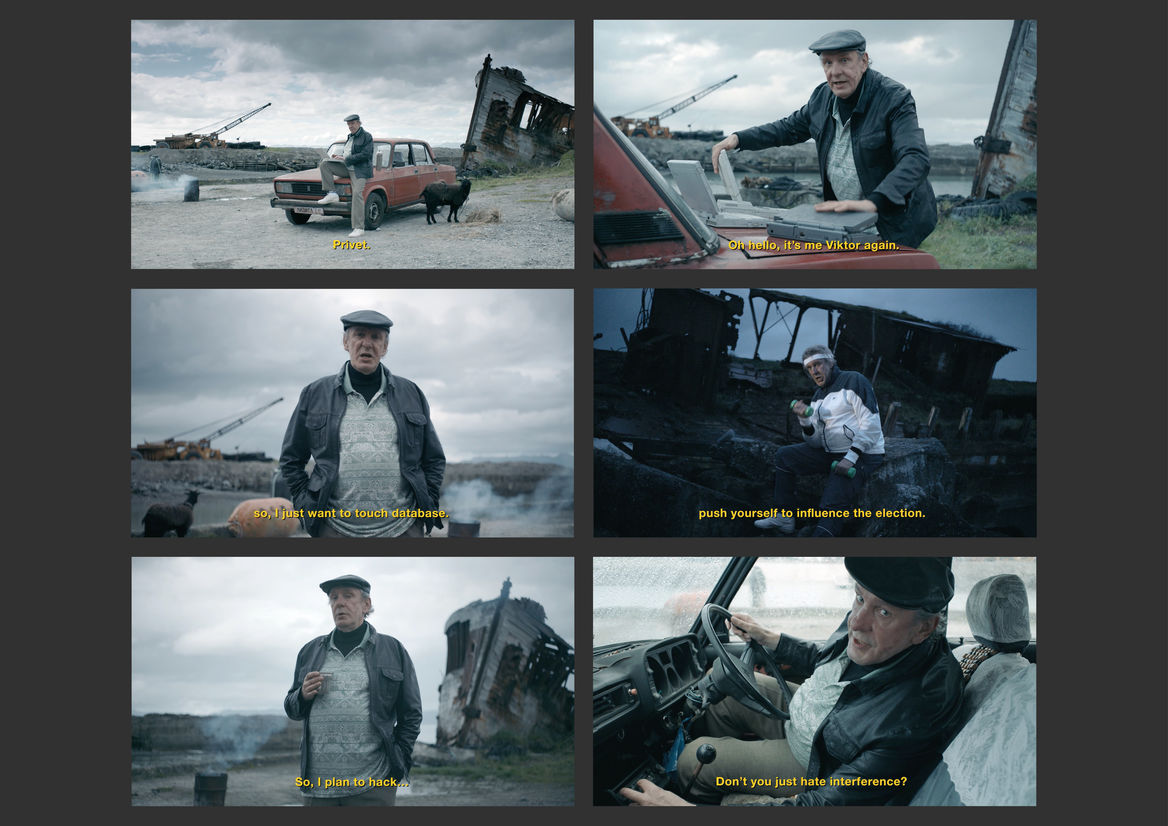 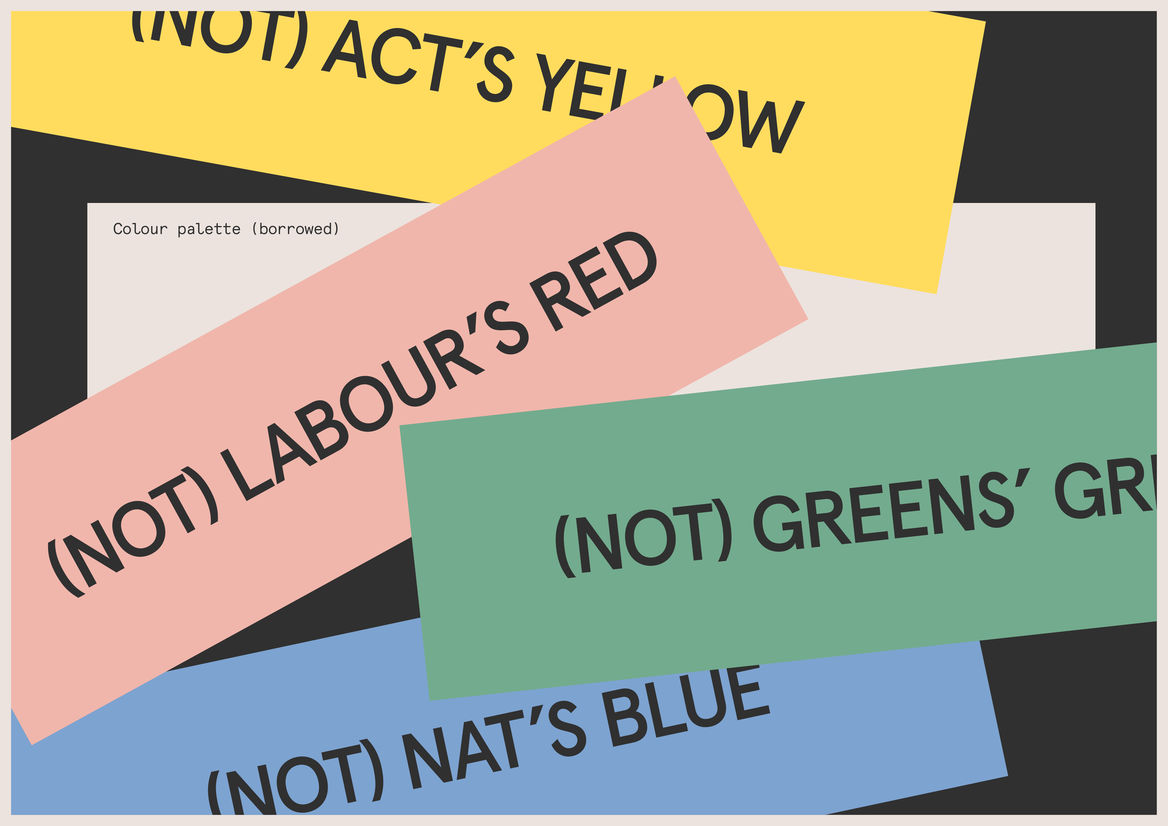 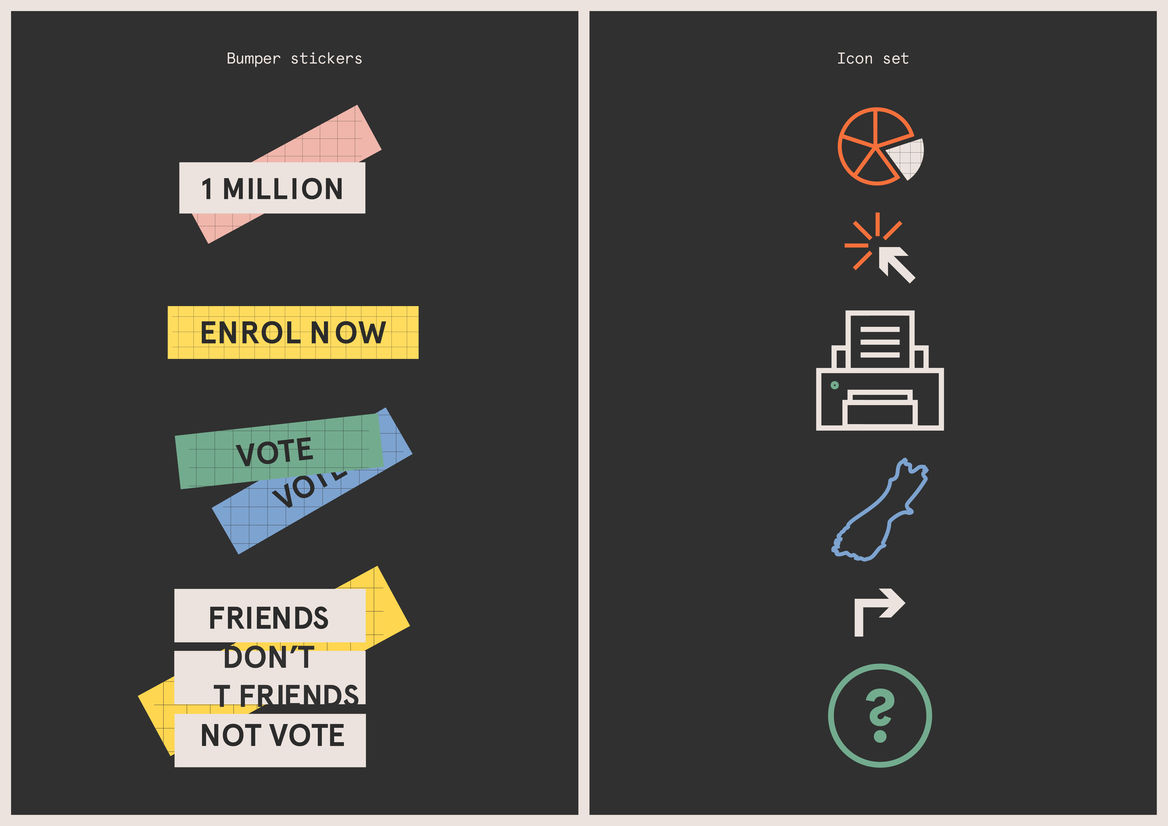 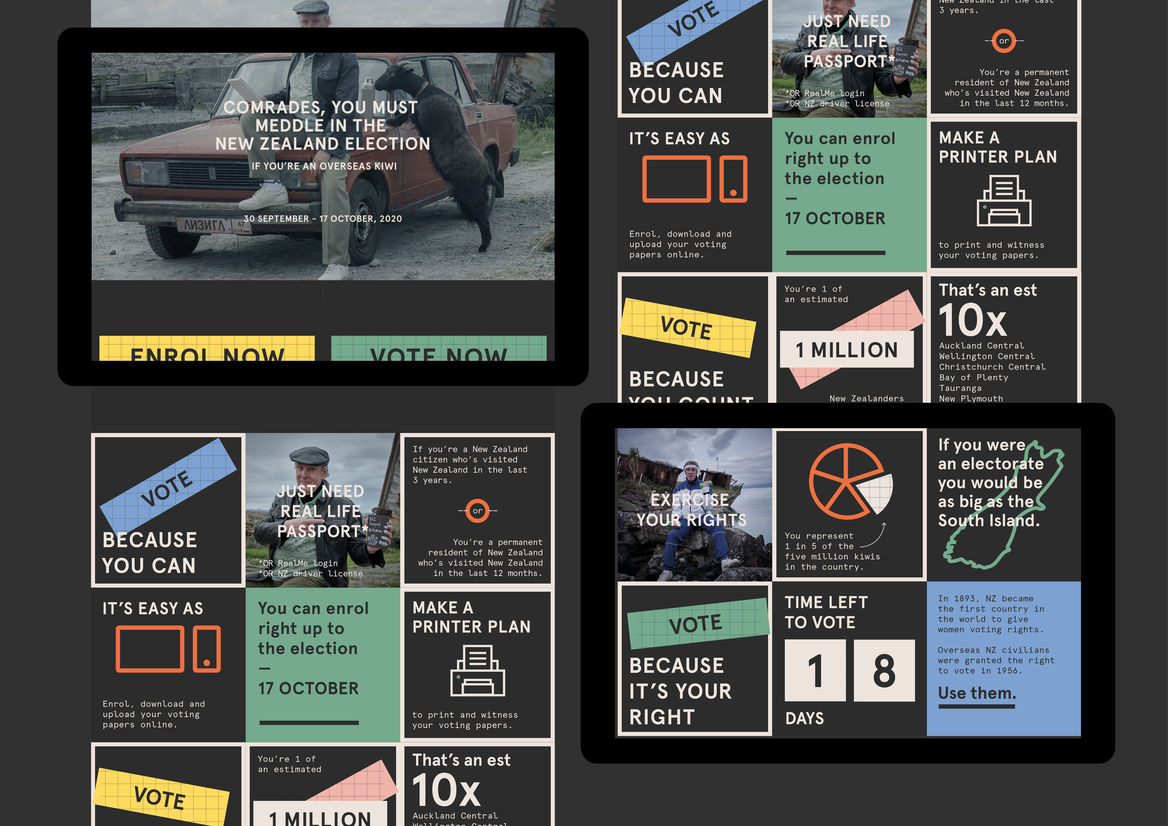 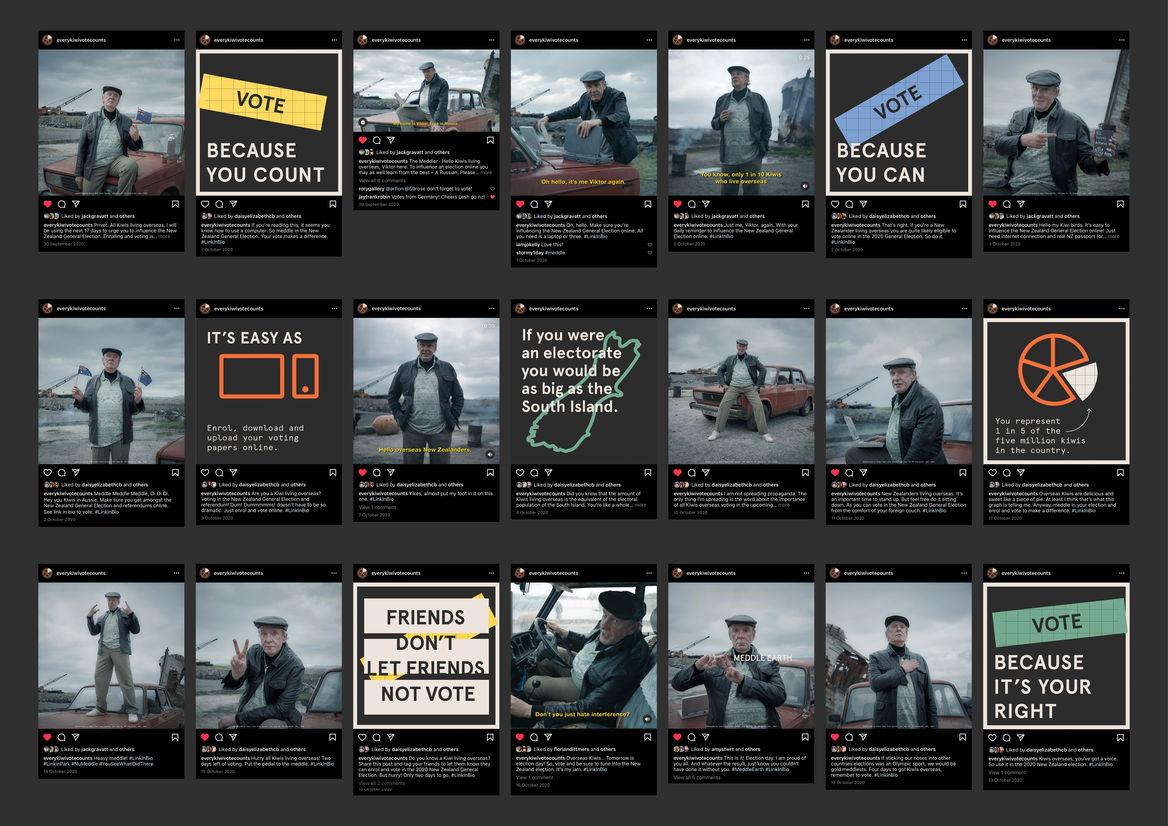 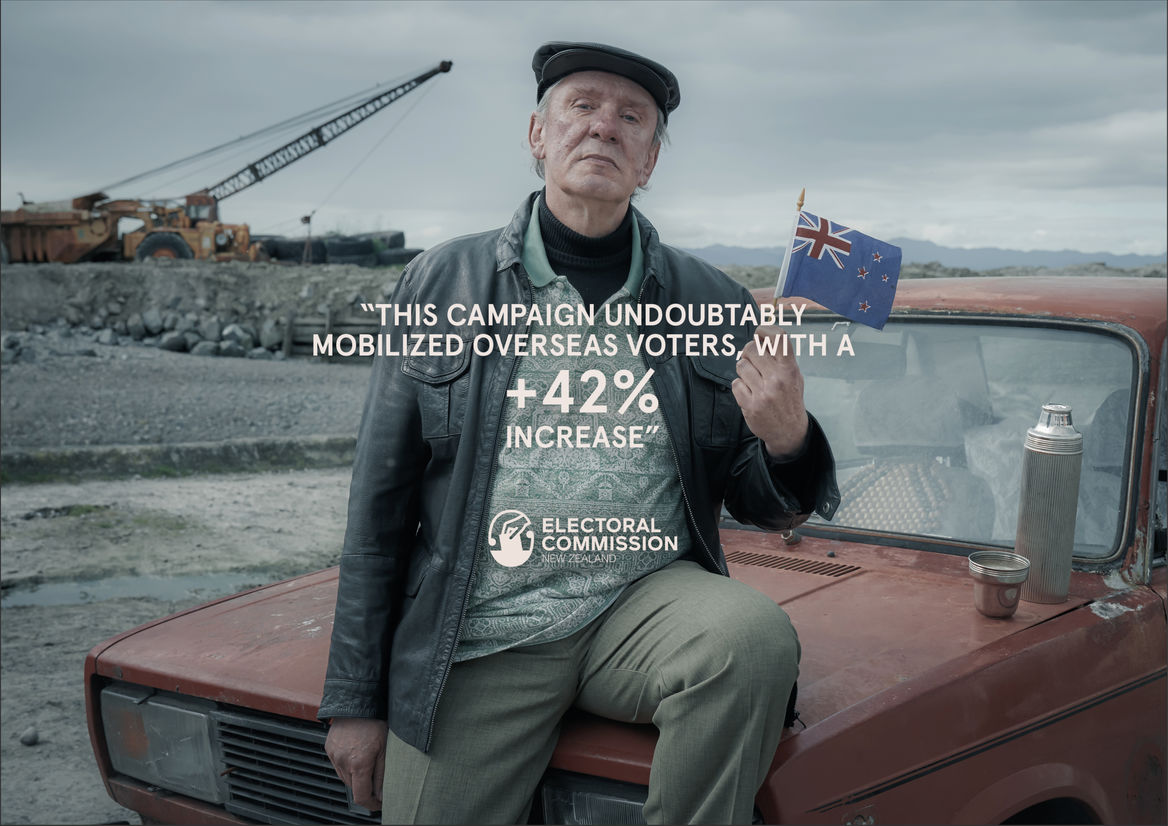 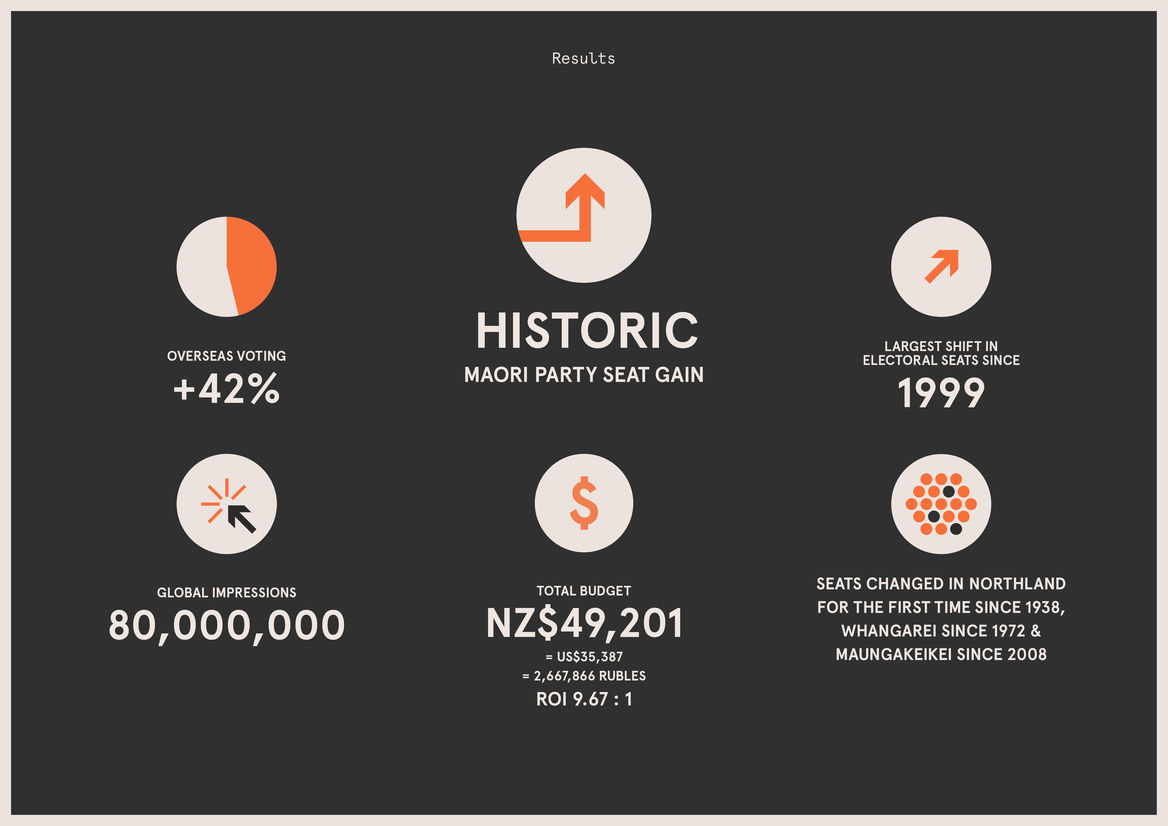 Concept
Only 1 in 10 New Zealanders living overseas voted in their own 2016 election. With roughly one million Kiwis abroad, that’s a lot of people not having a say. So, in the 2020 election, non-partisan initiative Every Kiwi Vote Counts was created to convert non-voters.

So, we turned to the experts in online election influencing. Viktor, the Russian, led a campaign asking Kiwis to ‘Meddle in the New Zealand election’. He targeted overseas Kiwis with films on social and PR constantly sending people to his curated website to vote.

As Viktor was our spokesperson, we needed to design an identity for the films that was informed by his role, so we asked ourselves – what would Viktor do?

Design
Tonally, the grade of the films had a muted vibe that felt like run down Russia, using titles pulled from his favourite mini-series back home. Even subtitles were ‘generic' yellow Helvetica, just like you see in films from the motherland.

We didn’t want there to be any tricky camera work, just a locked off shot – something Viktor could do by himself. We dressed the scene with Russian props to add authenticity: A goat, Lada and flaming bin to name a few. And many of the skits had a little prop that added to the content like a mug of Vodka or some cruddy vintage laptops.

The result was a polished version of a humble meddler’s attempt to get through to kiwis on the other side of the world.