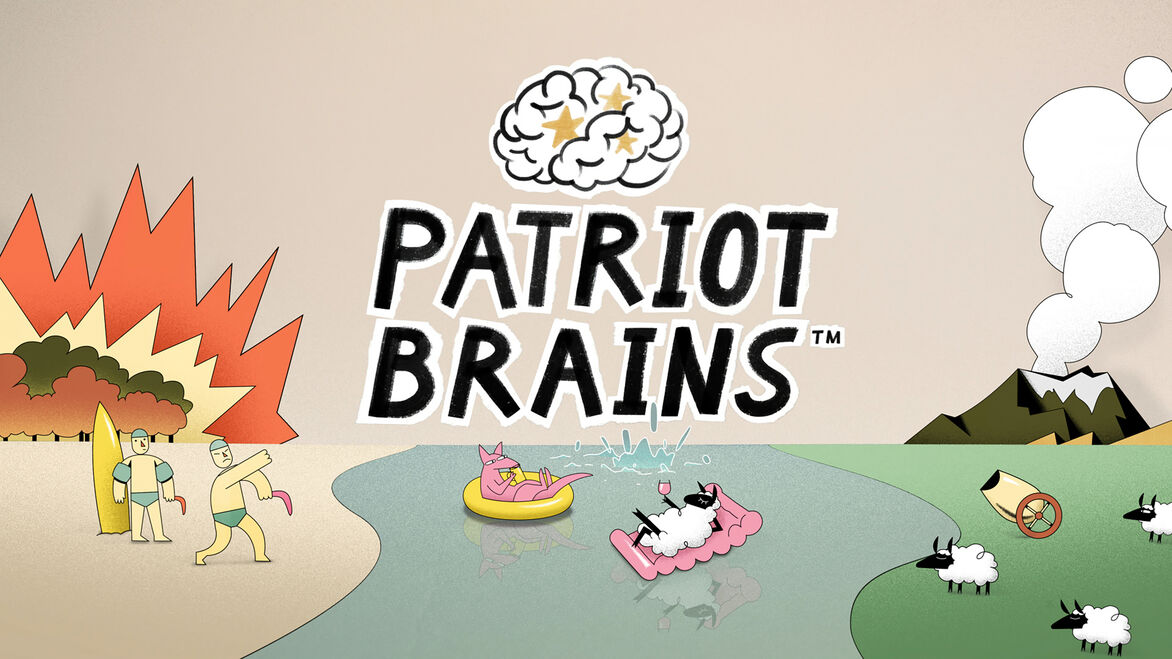 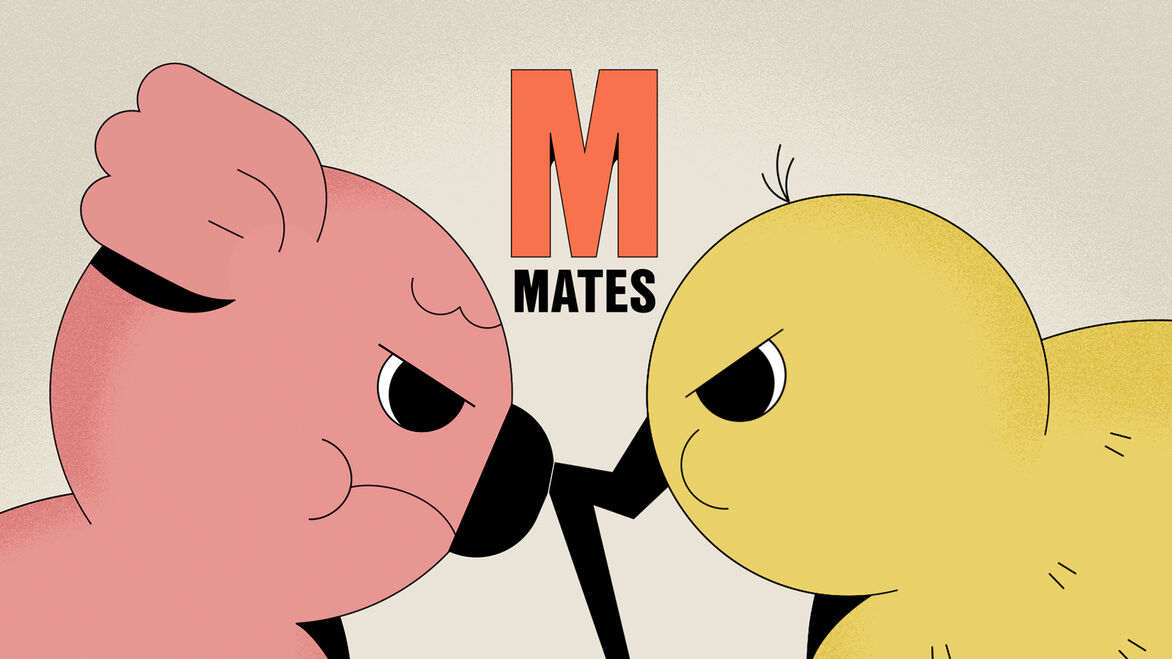 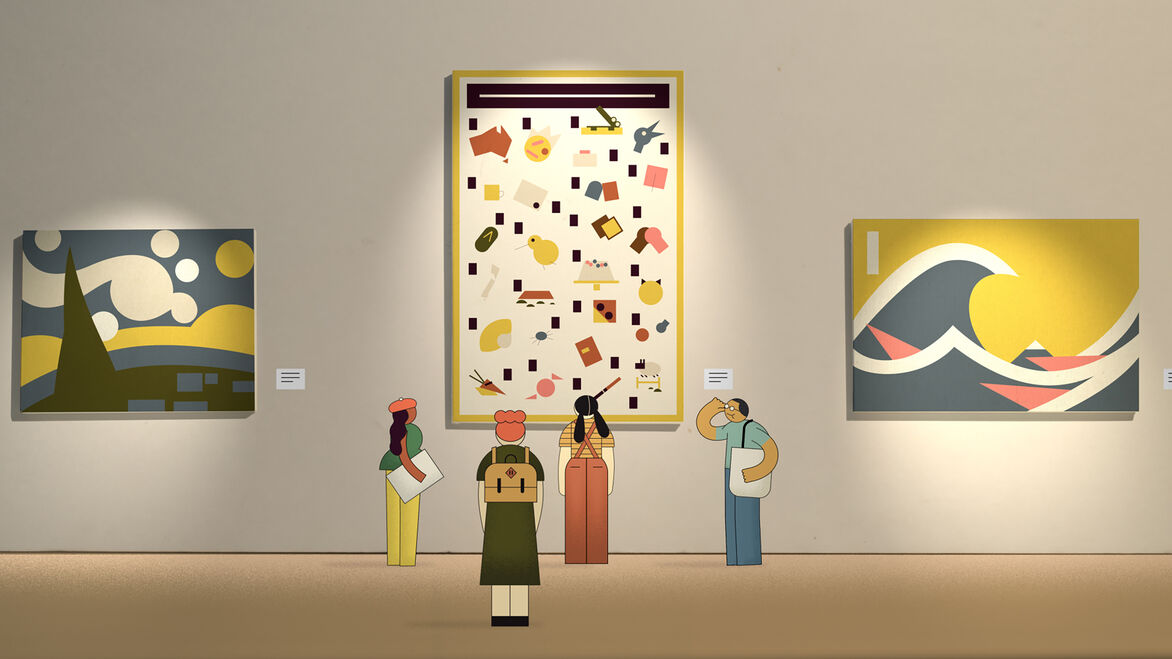 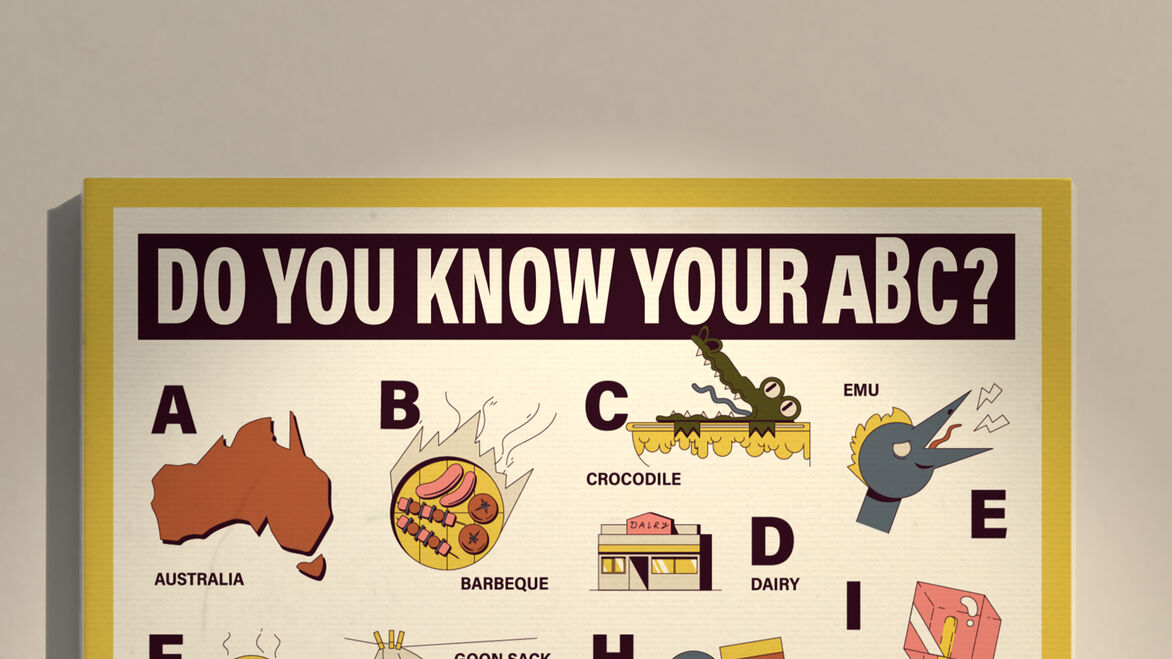 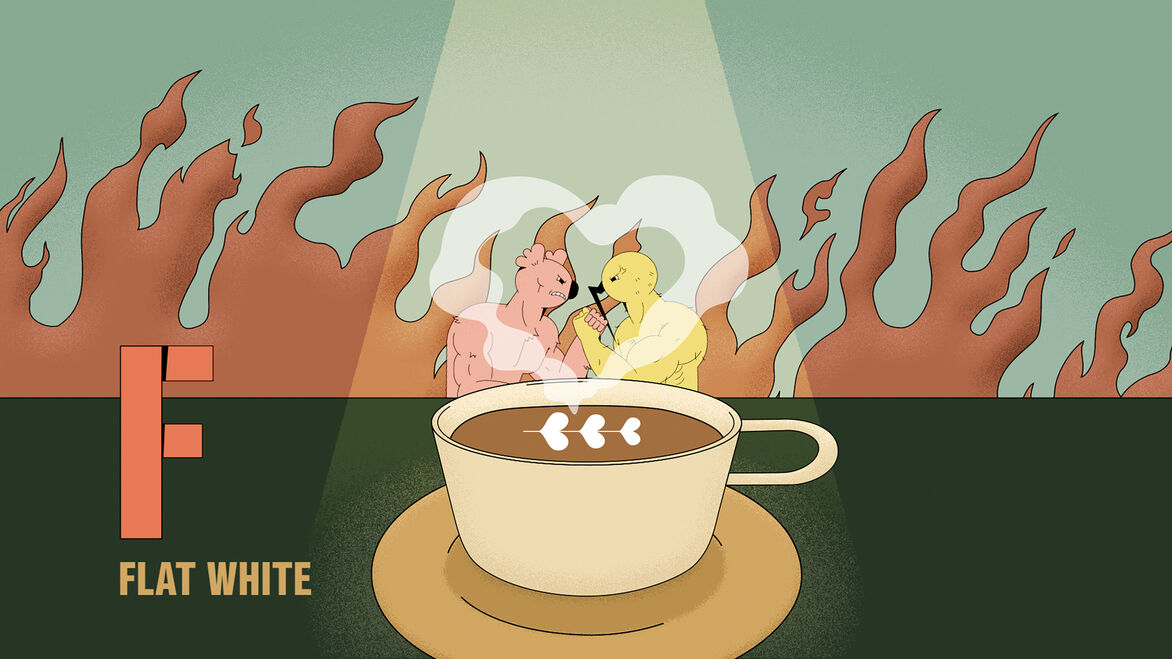 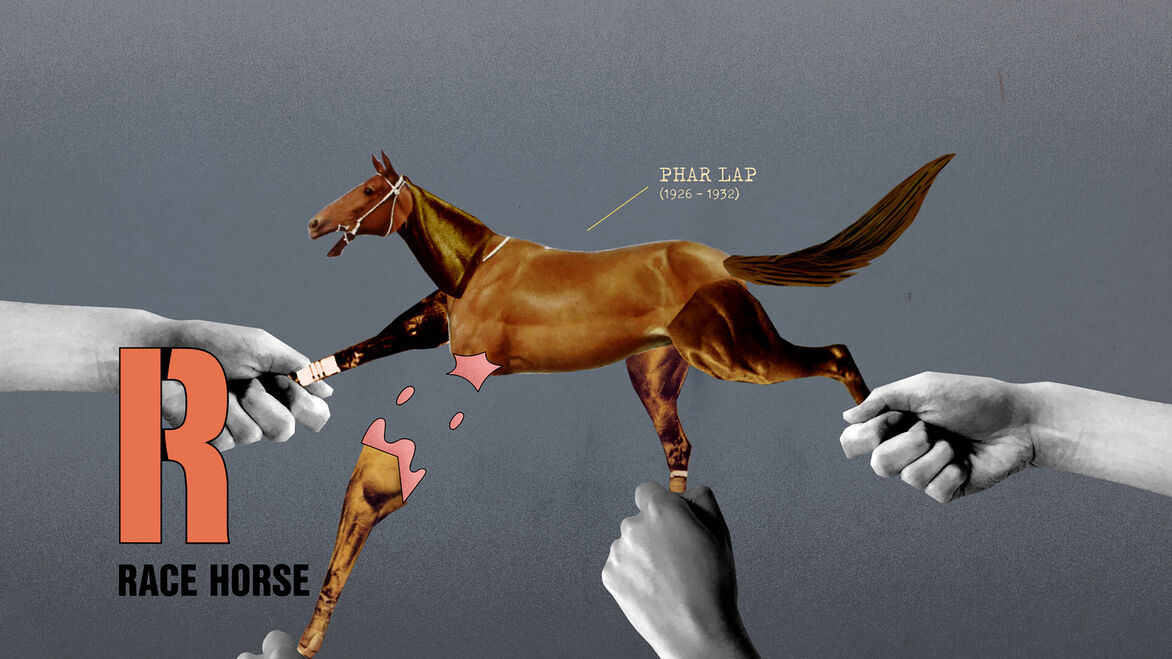 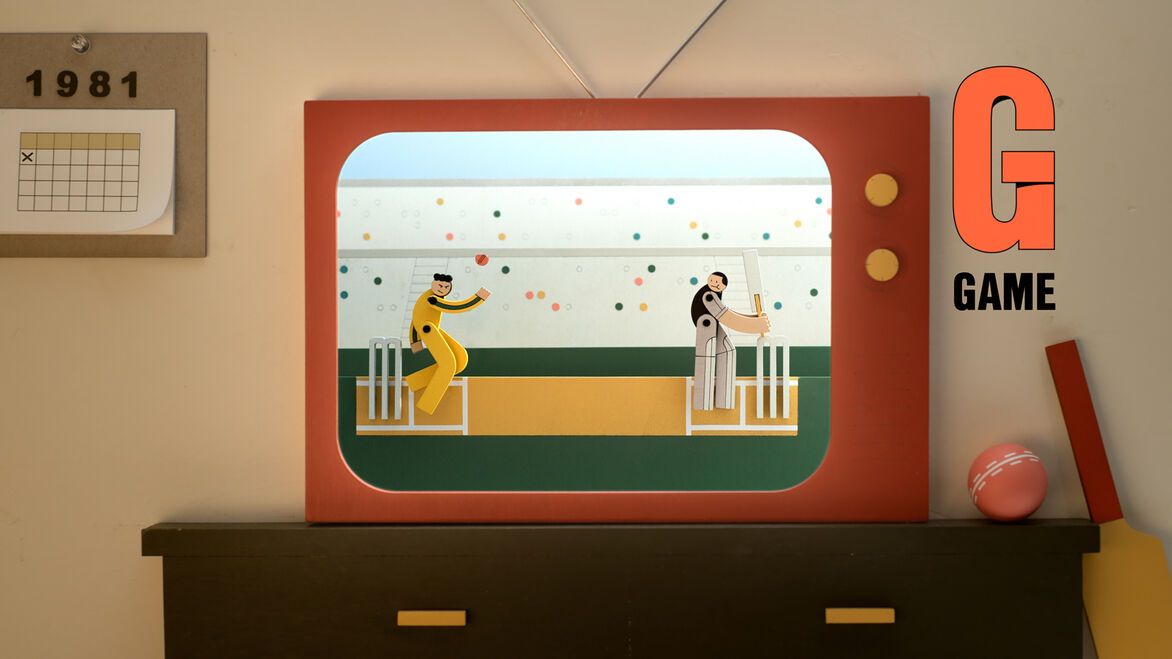 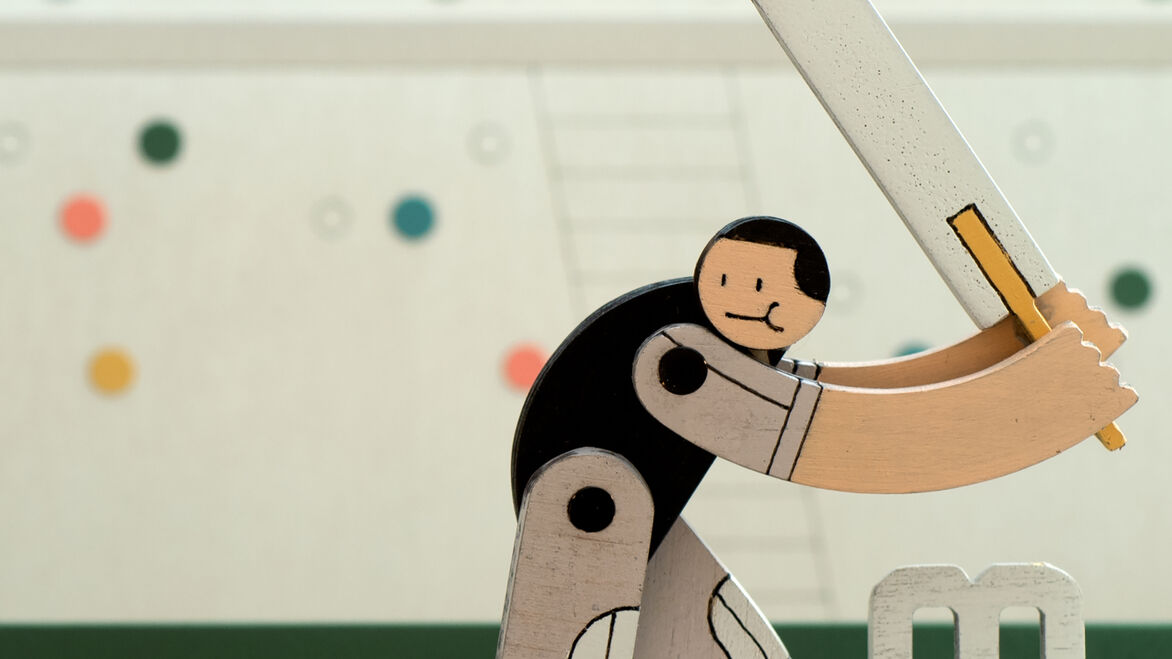 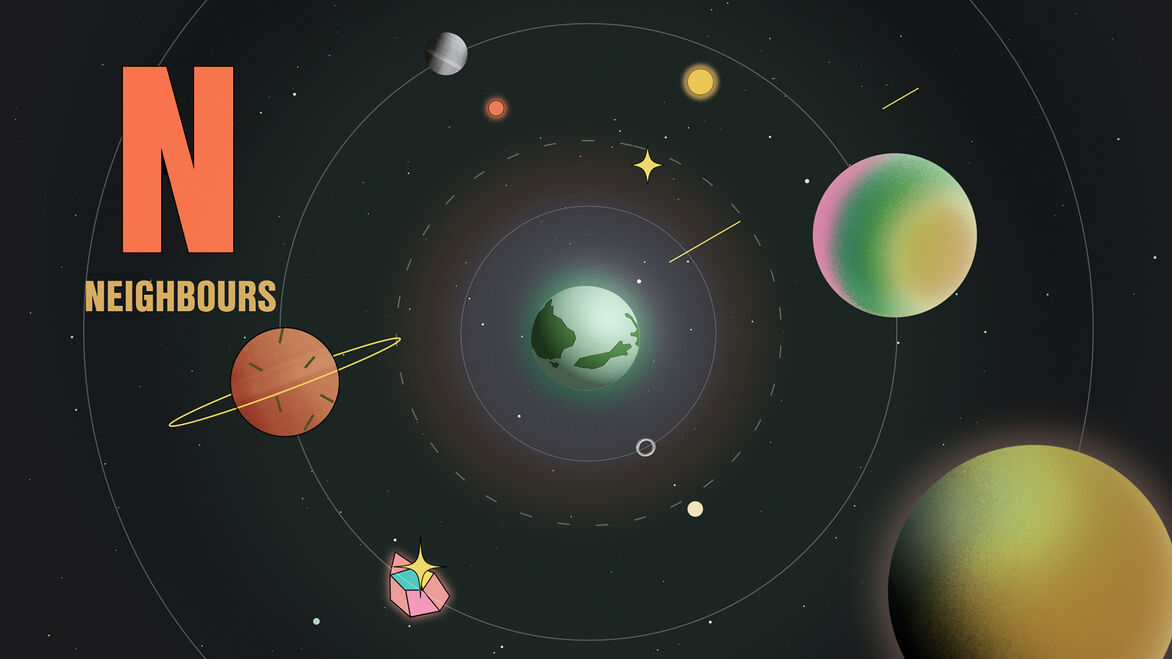 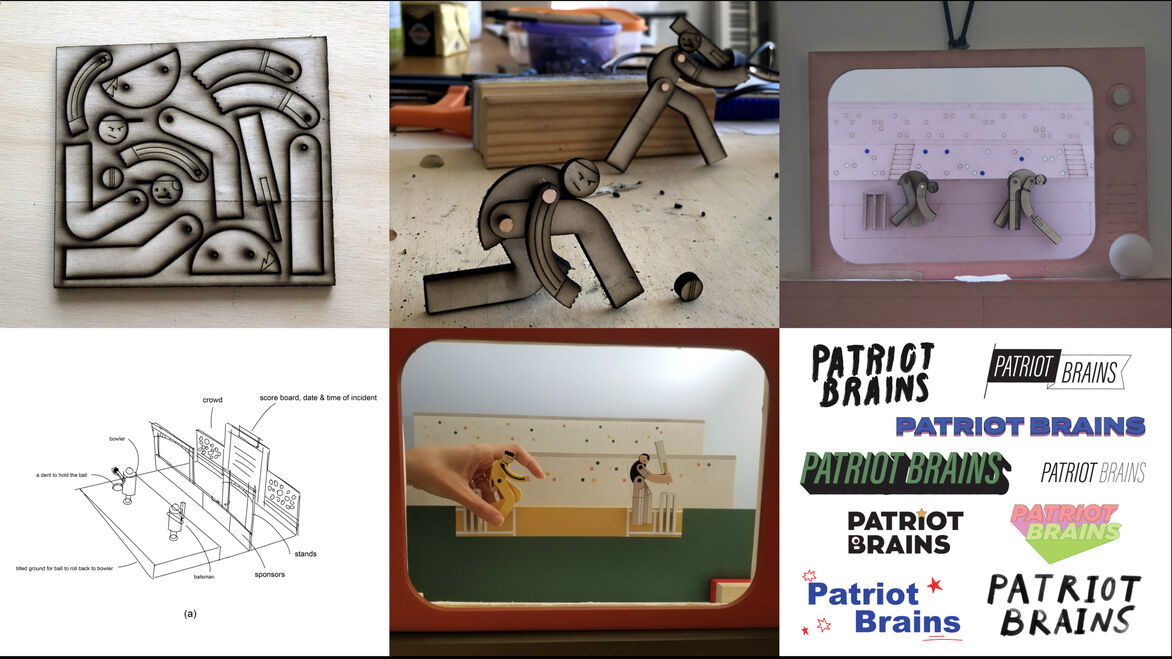 Patriot Brains is a comedy panel game show focused on trans-Tasman rivalry, pitting two teams of comics from Australia and Aotearoa against each other.

We were tasked with creating an opening title sequence and setting an artistic direction with the graphics that would influence other designed elements in the show, such as the set.

Objective:
Create a memorable opening title sequence with a unique visual identity that can carry the show through its 10-episode season and potentially into more consecutive seasons to come.

Challenges:
- We needed to understand the differences and similarities between the rivals, both the obvious and more nuanced topics, the current affairs and significant events in our shared past. What sets the two countries apart AND what brings us together?
- There are many iconic/classic instances of the rivalry. How do we choose which topics to include or what to exclude?
- We needed to find the right balance between debating the differences and celebrating the similarities.

Concept:
The rivalry between Kiwis and Aussies is real. There’s a genuine, if tongue-in-cheek, ‘hatred’ between the two cultures that are so ingrained, nothing else matters when we face off in competition. Both sides want to be the best by stepping on top of each other.

Expanding from this idea of opposing ingrained beliefs, we developed our concept around the typical ABC alphabet chart — something we were all being taught from a young age. It can be viewed as seemingly naive and fundamental, but it can ultimately define how one sees the world (perhaps even turning friendly neighbours into archnemeses).

We used the concept of ABC as our vehicle to explore the complex love-hate relationship between our two nations. It allowed us to veer off into a wide range of topics while weaving the diverse scenarios together into a continuous and cohesive video.

Tone and voice:
To highlight the comedic nature of the show, we created glimpses into ‘controversial’ events and commonly known topics, in an exaggerated and quirky way. A fast-paced snappy edit keeps the action moving and creates a sense of constant fighting and struggle between the two sides. It felt fun, quirky and irreverent but still polished.

Execution:
The visual treatment was a mix of digital and handmade elements. Real props gave it a tactile human quality, while the digitally designed elements helped create dynamic and slick transitions. We aimed to strike a harmonious balance between these two (in contrast to the trans-Tasman disharmony we were bringing to life).

Specific scenes were designed, hand-crafted and animated using stop-motion animation, such as bringing the infamous underarm bowling incident to life.

These captured shots were then brought into the digital realm for further polishing, then composited with other digitally animated shots. The strung-together video flows seamlessly from one scene to the next.

The result is a fast-paced, fun and quirky title sequence with lots of little hidden details and easter eggs to tease the viewers, add a rewatch factor and set up the tone of the show.