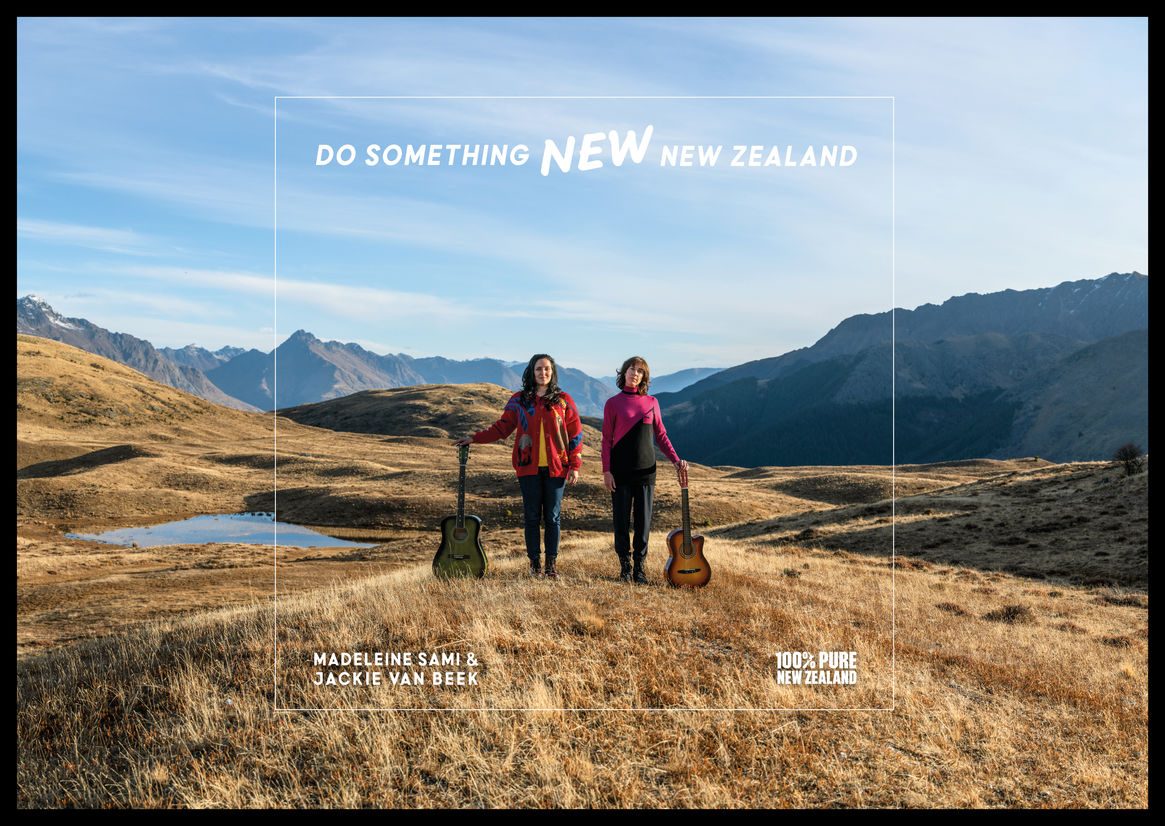 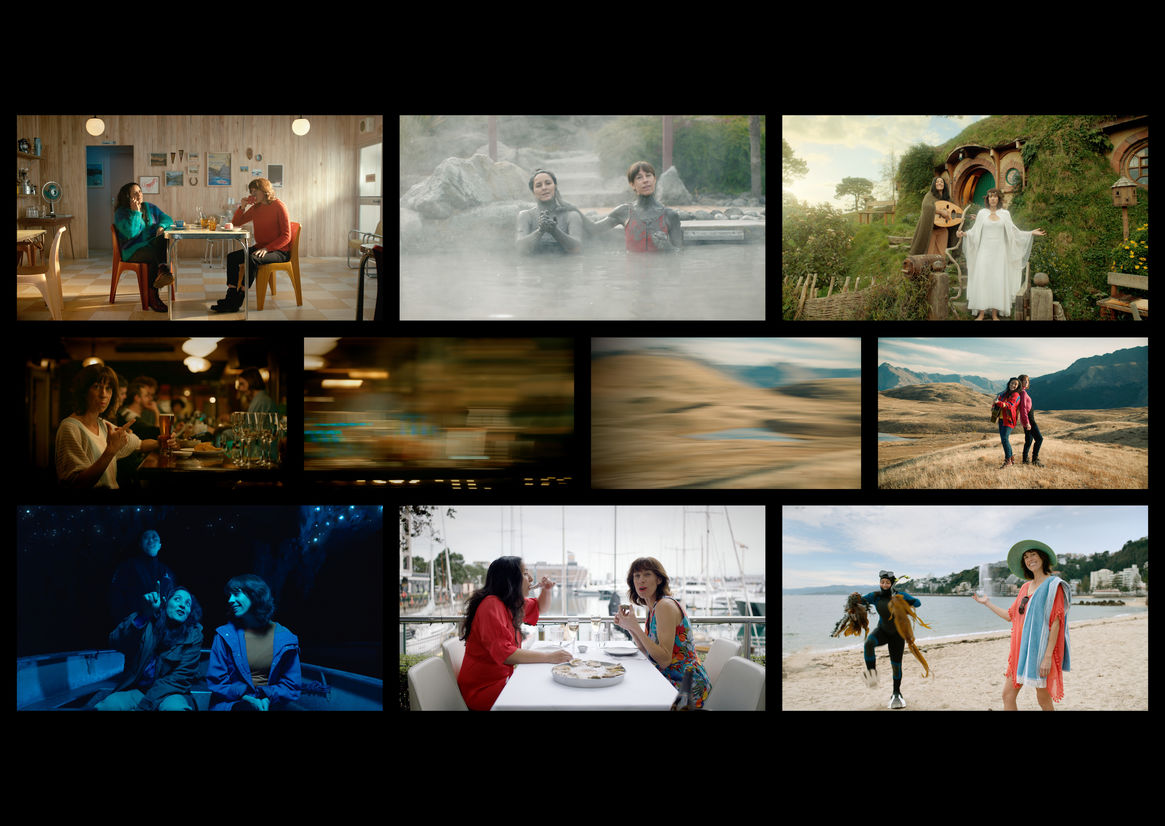 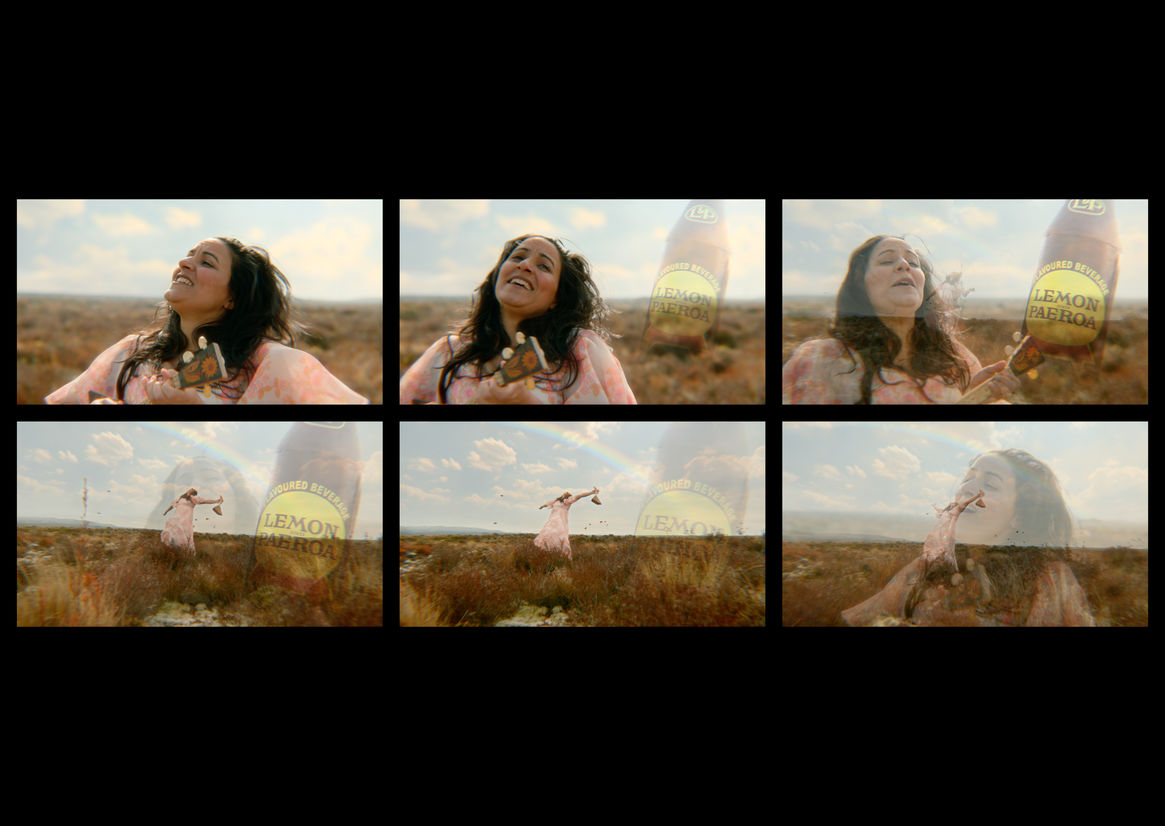 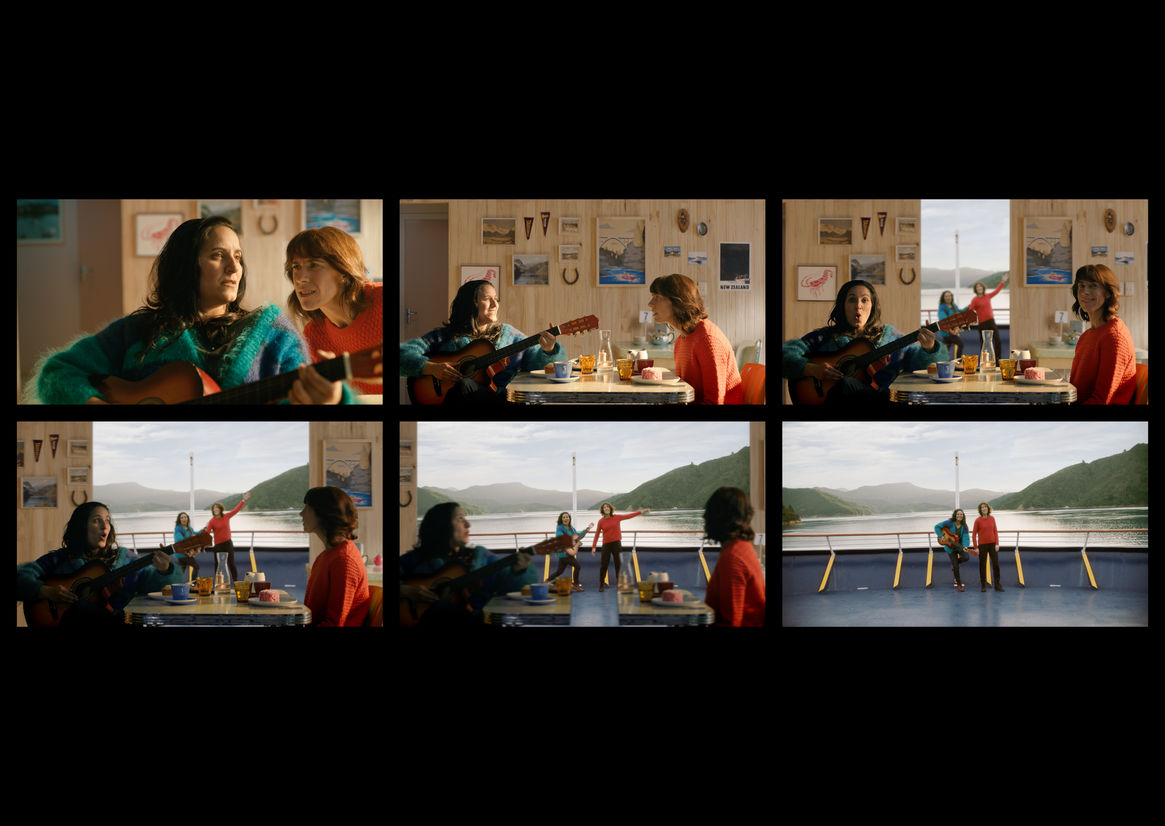 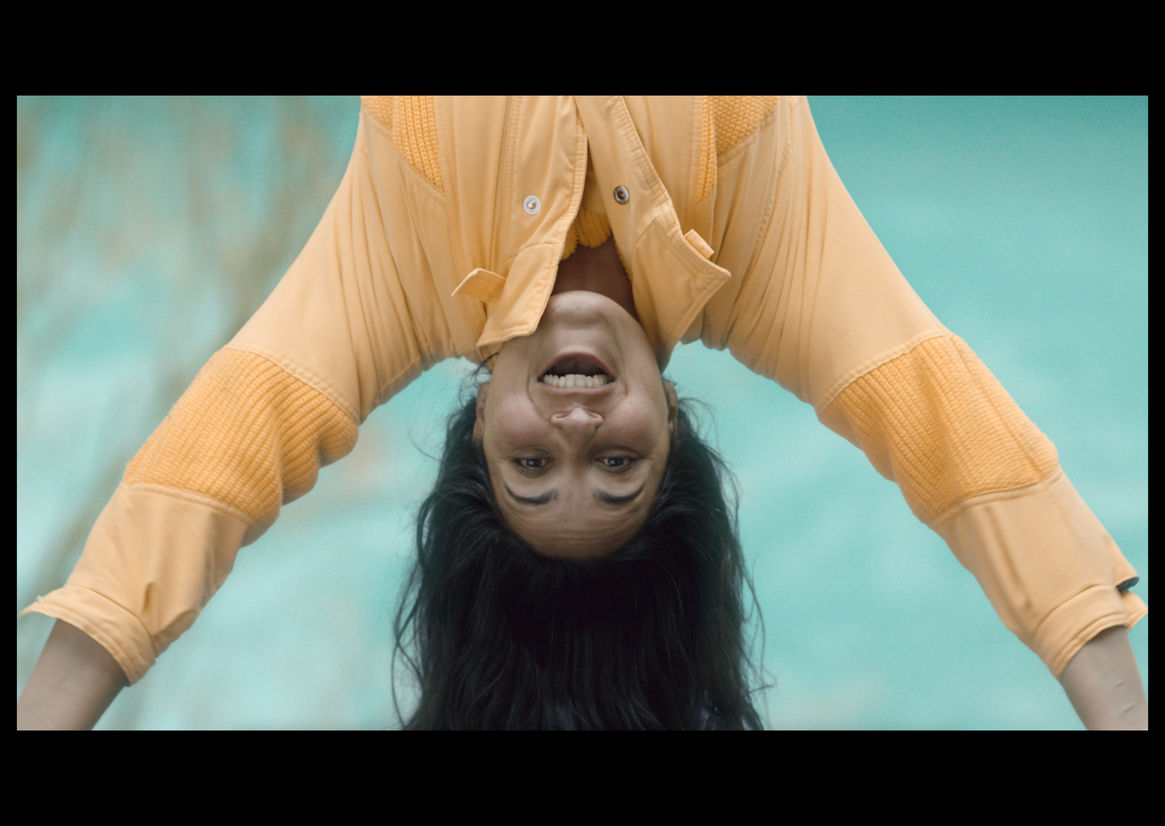 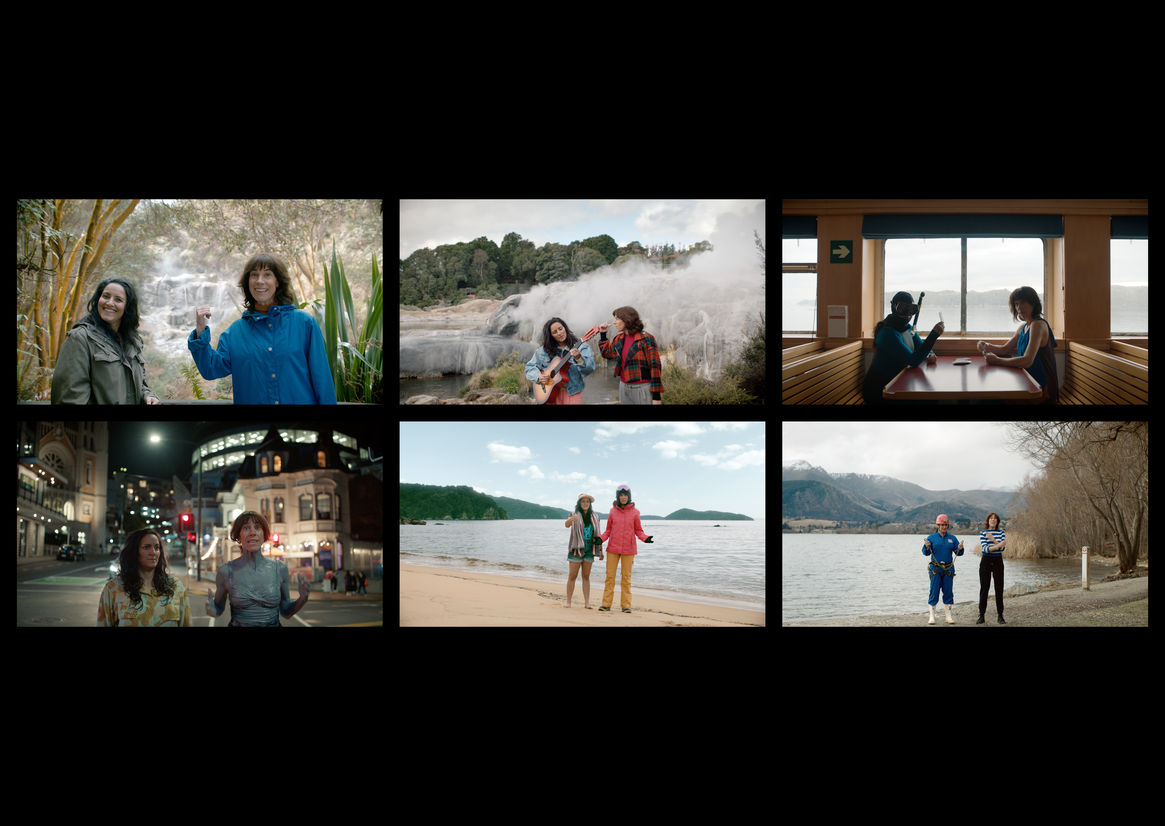 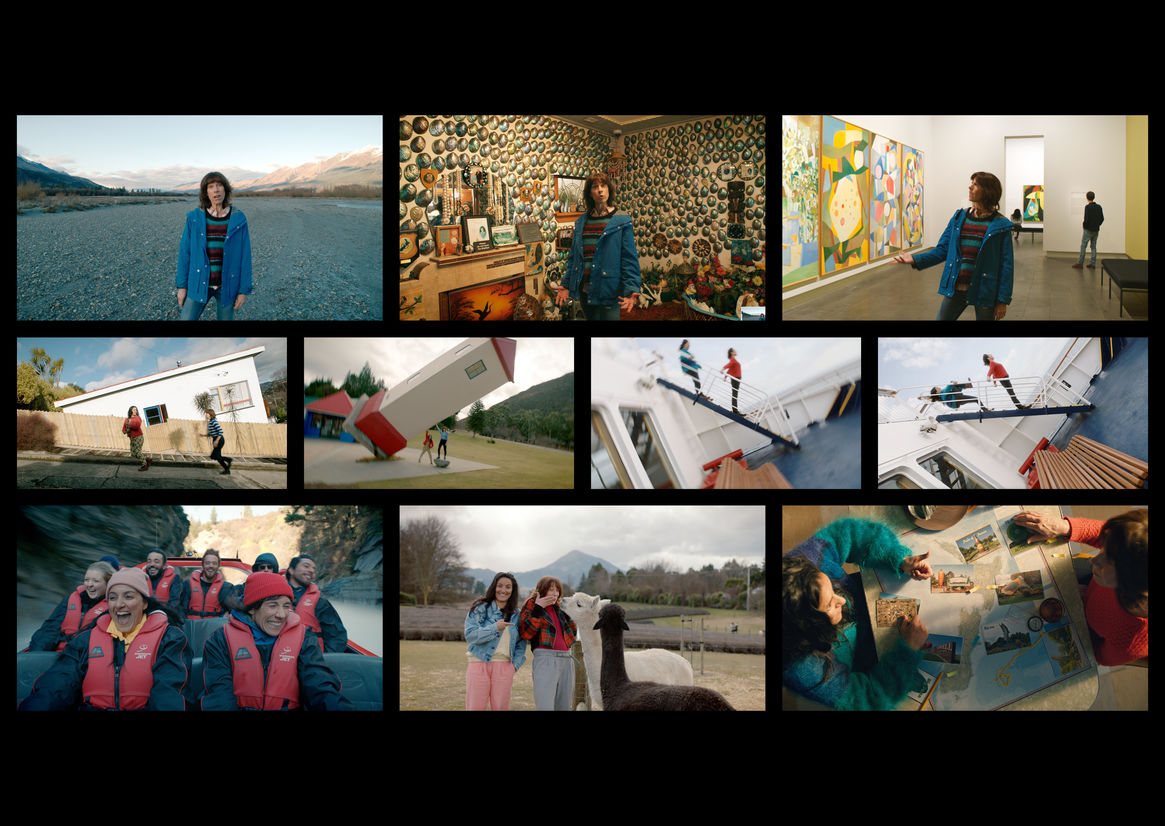 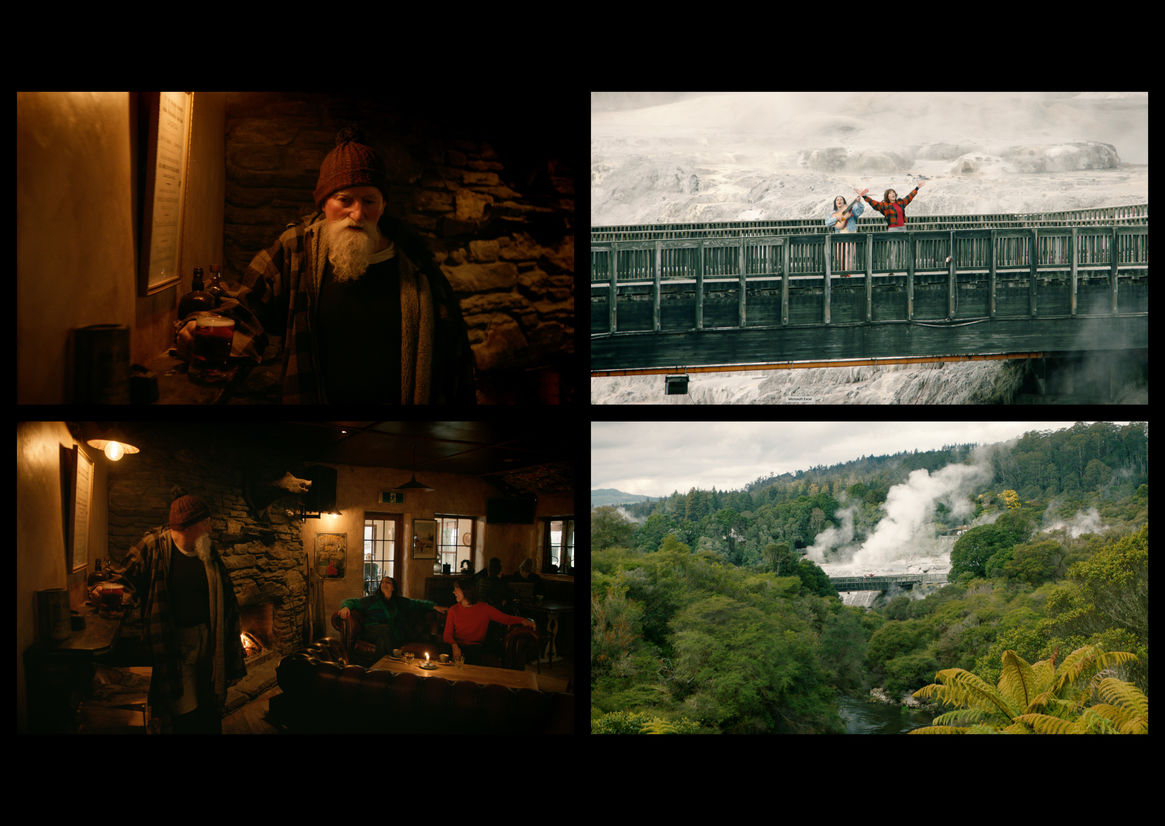 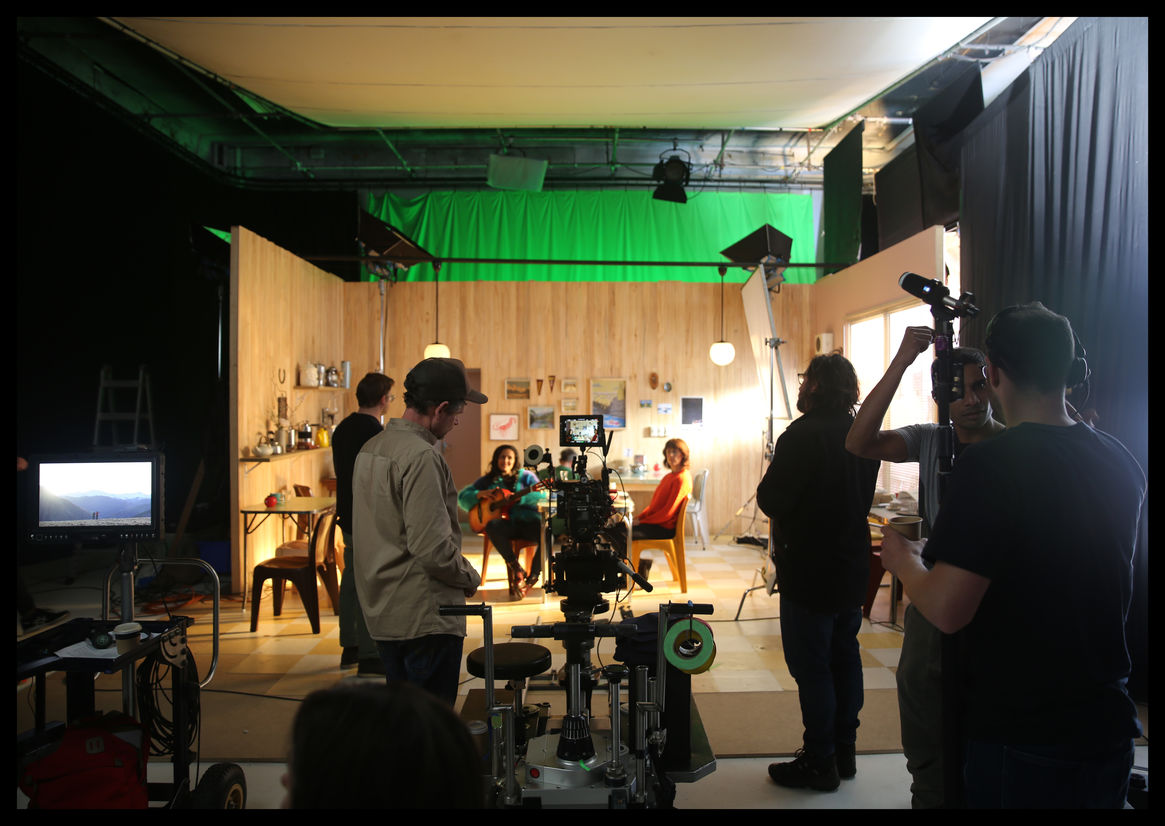 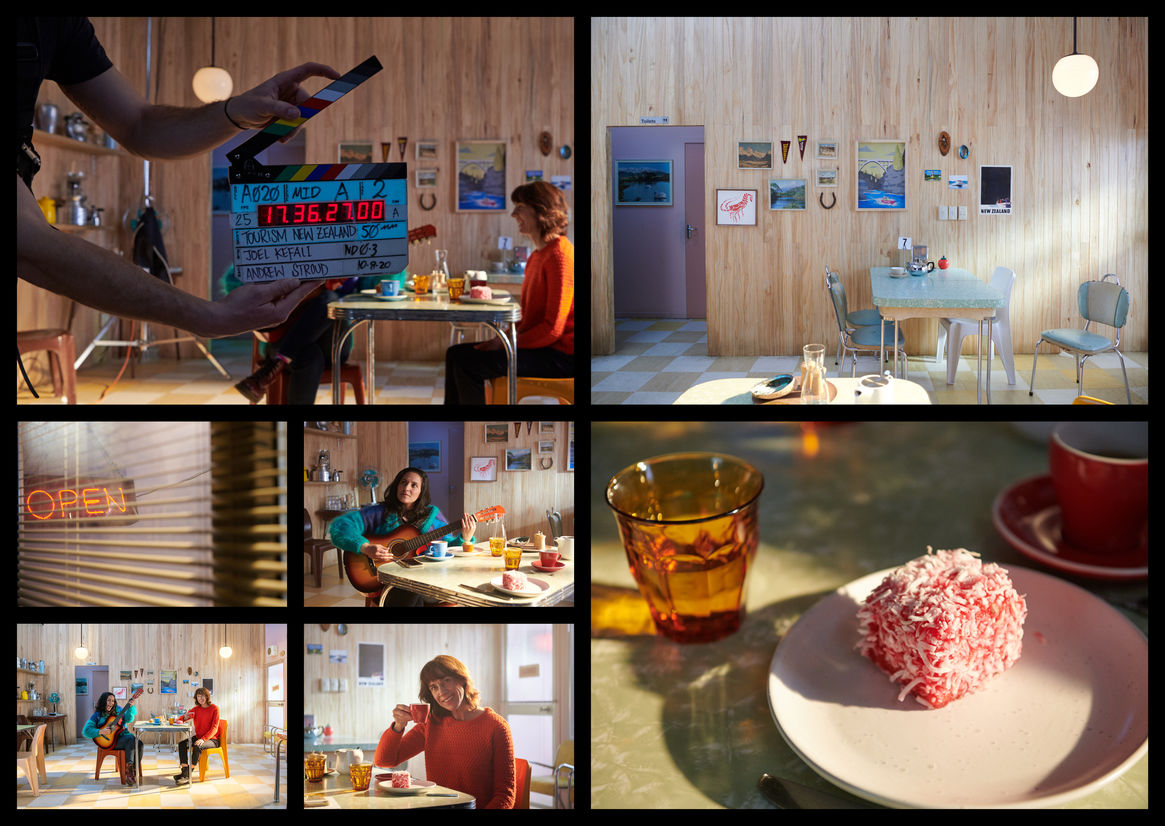 This was led by a single, powerful call to action: Do Something New, New Zealand (DSNNZ).

DSNNZ encouraged kiwis to not just go on any holiday, but a NEW one – spending more on tourism activities in the process. Through winter 2020, we ran a couple of campaigns under the new brand.

As summer approached, NZ emerged from lockdowns, completed an election and eliminated community transmission of Covid. As the days got warmer, the national mood lightened.

We needed something new to keep our DSNNZ message fresh.

DESIGN
Instead of making an ad, we did something new – and made a song and music video!

Performed by Madeleine Sami and Jackie van Beek, the DSNNZ music video featured scenes from right across NZ. Our all-Kiwi crew was helmed by director Joel Kefali, who had previously shot music videos for Katy Perry and Lorde.

We also needed to show every part of NZ some love, and showcase tourism experiences from all regions. The video featured over 30 different Kiwi destinations and experiences in 2.5 minutes.

The film premiered on all major TV broadcast networks simultaneously, and was released on YouTube, social and on-demand, with cut-downs on Spotify, cinema, social and TV. By end-2020, 8/10 Kiwis could recall the song.

TECHNICAL RESOLUTION & CRAFT
For the film to succeed in delivering our DSNNZ message, we needed Madeleine and Jackie to connect with New Zealanders. To achieve this we worked collaboratively: the duo co-wrote the song and gave feedback on the film treatment. This approach gave Madeleine and Jackie the freedom to creatively convey their characters/personas and bounce off each other through the film.

We wanted the film to feel relatable, down-to-earth, playful and inherently Kiwi. We used graphic composition of scenes to bind them together as a cohesive family. Fast cuts gave a cheeky, optimistic vibe, whilst allowing us to present a whistle-stop tour of NZ. Creative transition techniques maintained the momentum and gave a grounded feel – it was important that the film didn’t feel ‘too polished’ or pretentious in any way.

Wardrobe reflected the environment of each scene: from Elf costumes and lutes in Hobbiton, to boho dresses and acoustic guitars on the Desert Road.

During the 10-day shoot, we shot 2-4 scenes per day, often having to shuffle our schedule due to weather. With tourism operators often on set, we took care to listen to and acknowledge requests to show activities in ways they felt were appropriate.

Our final film was optimised for all formats, from vertical Instagram Stories to luxurious cinema widescreen.