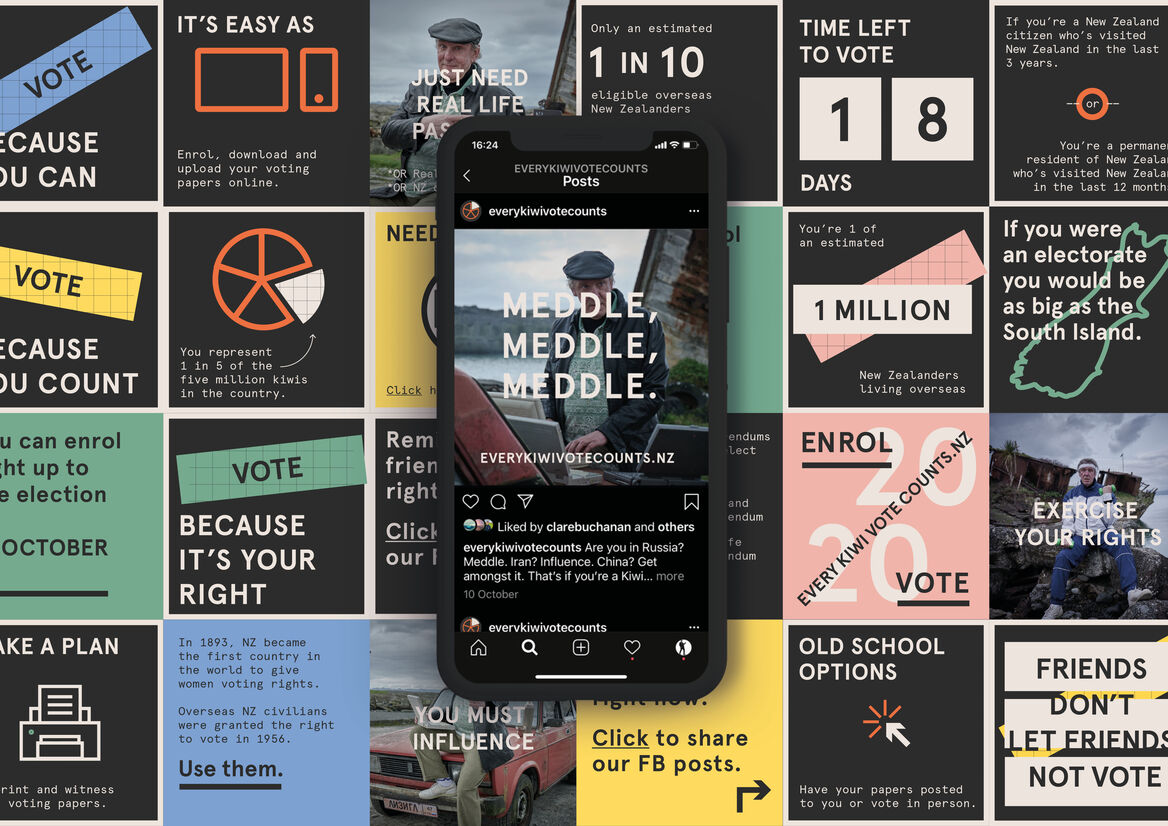 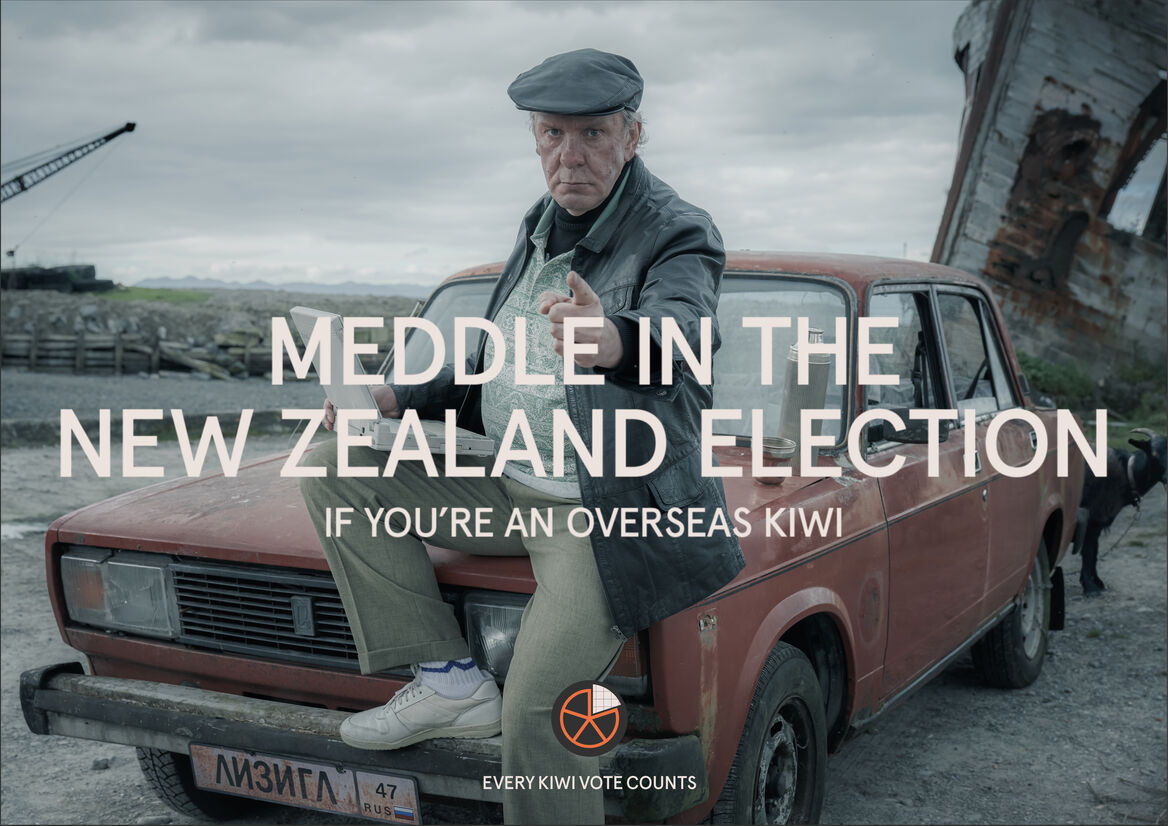 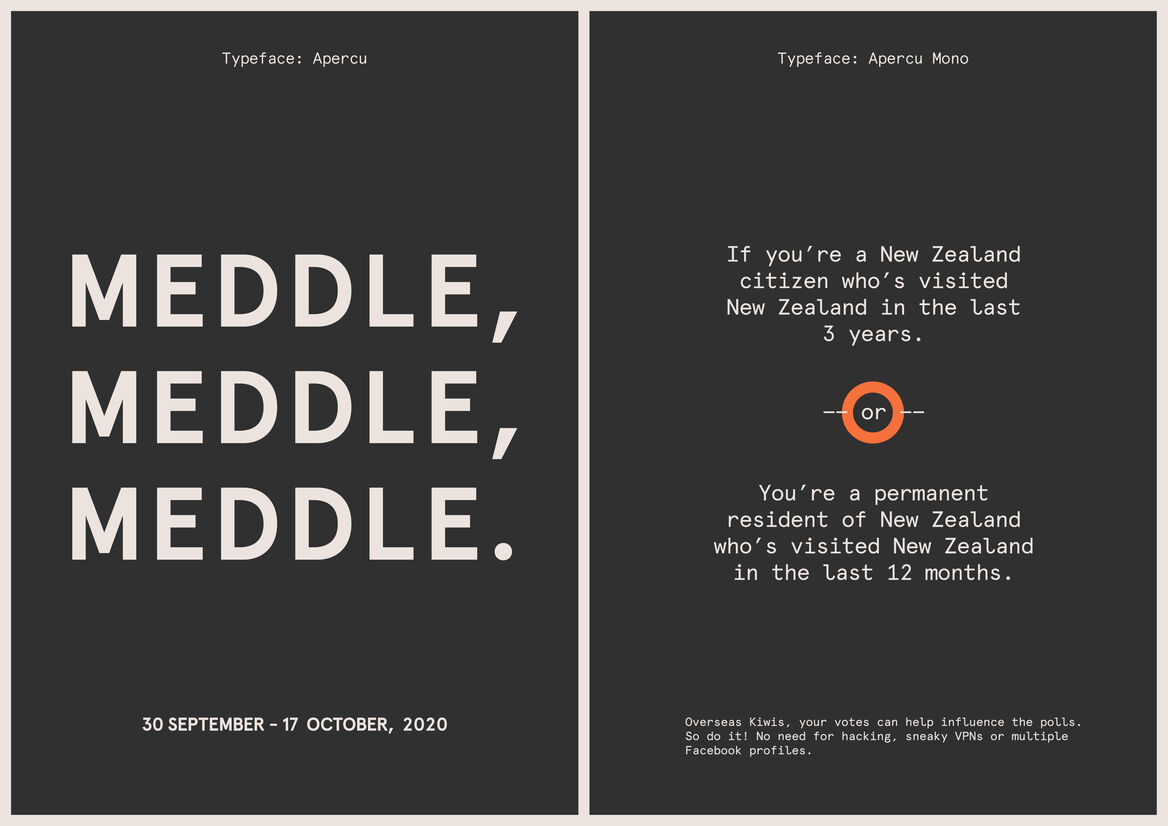 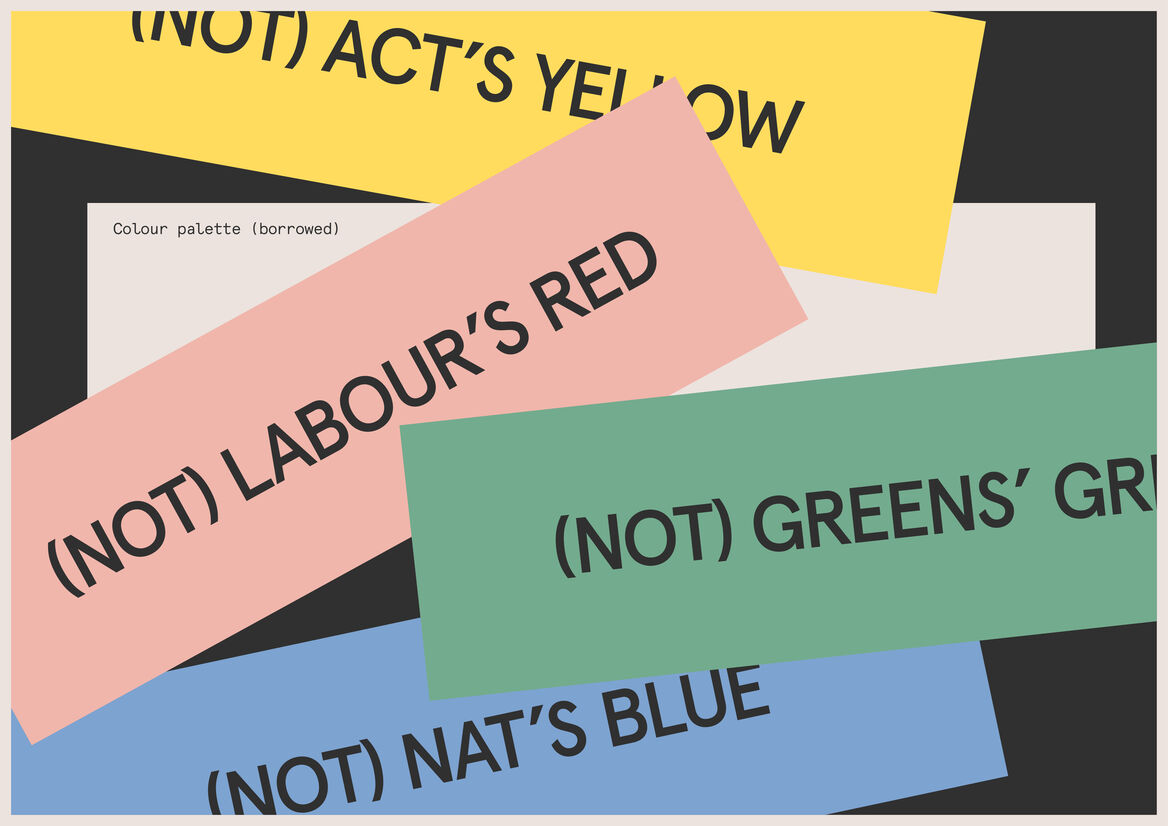 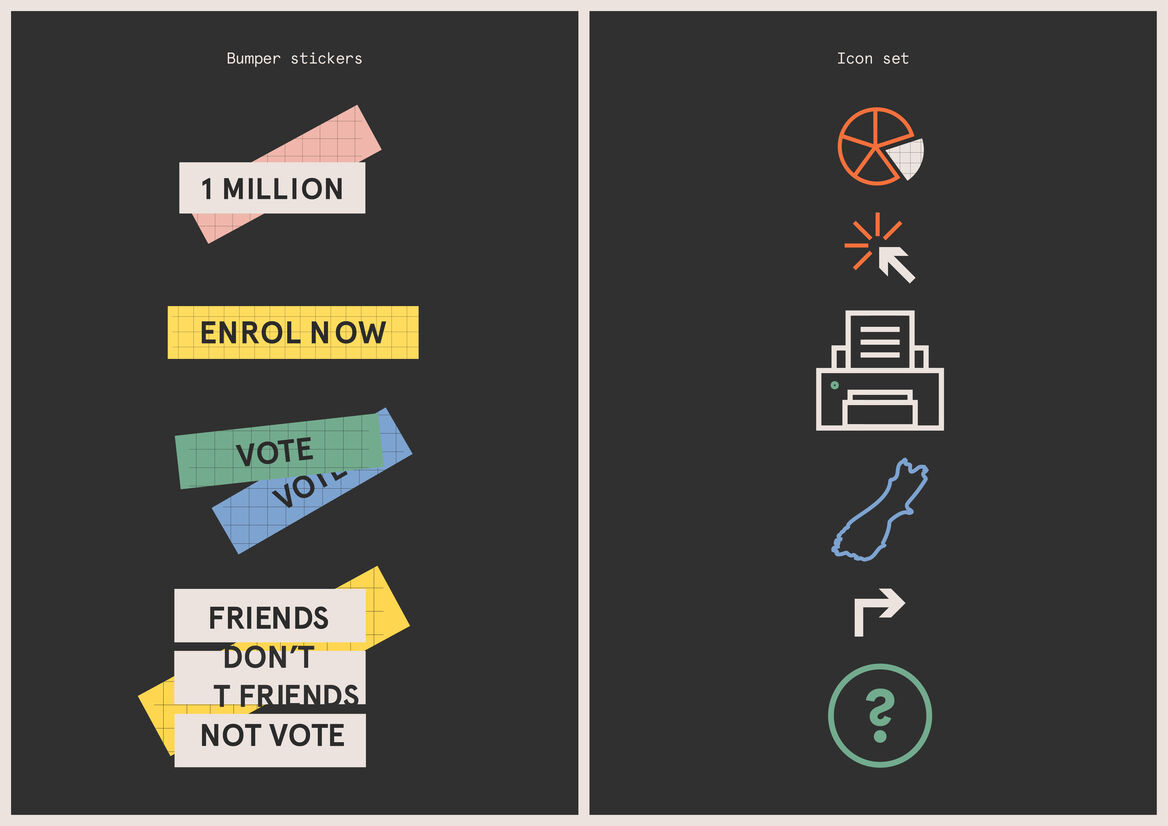 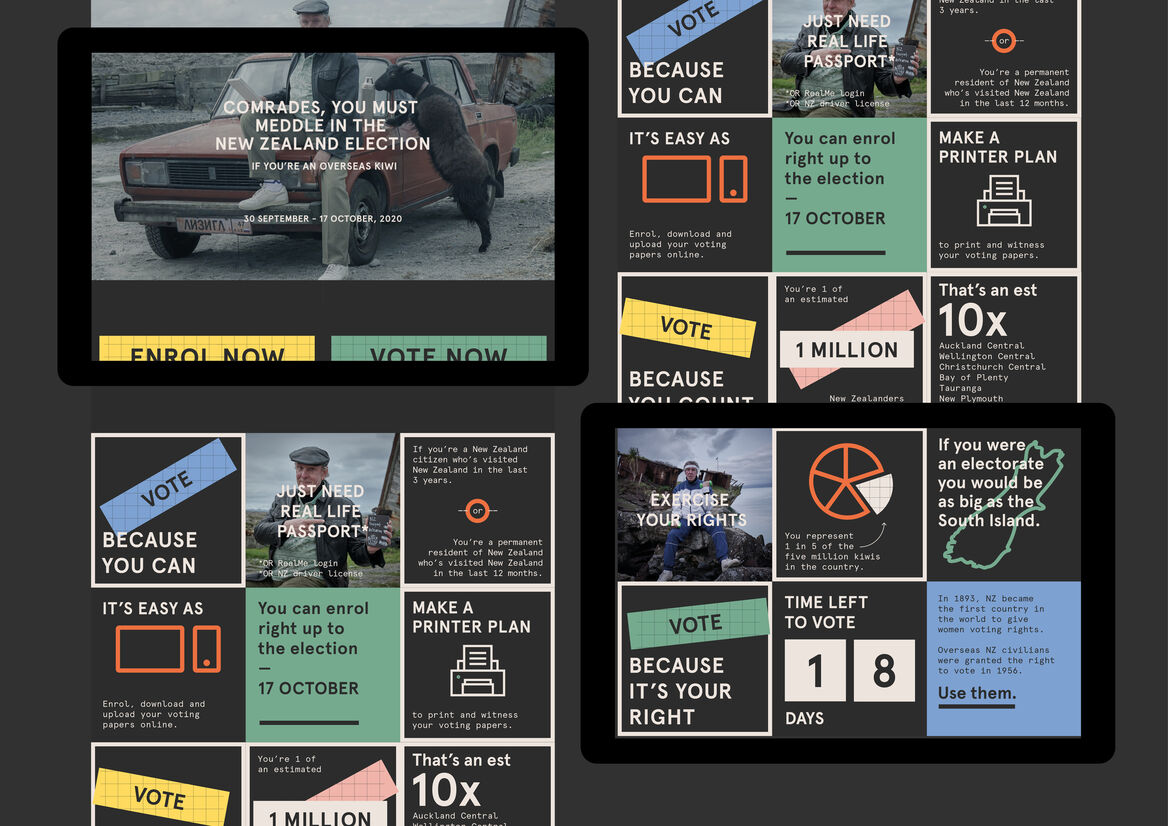 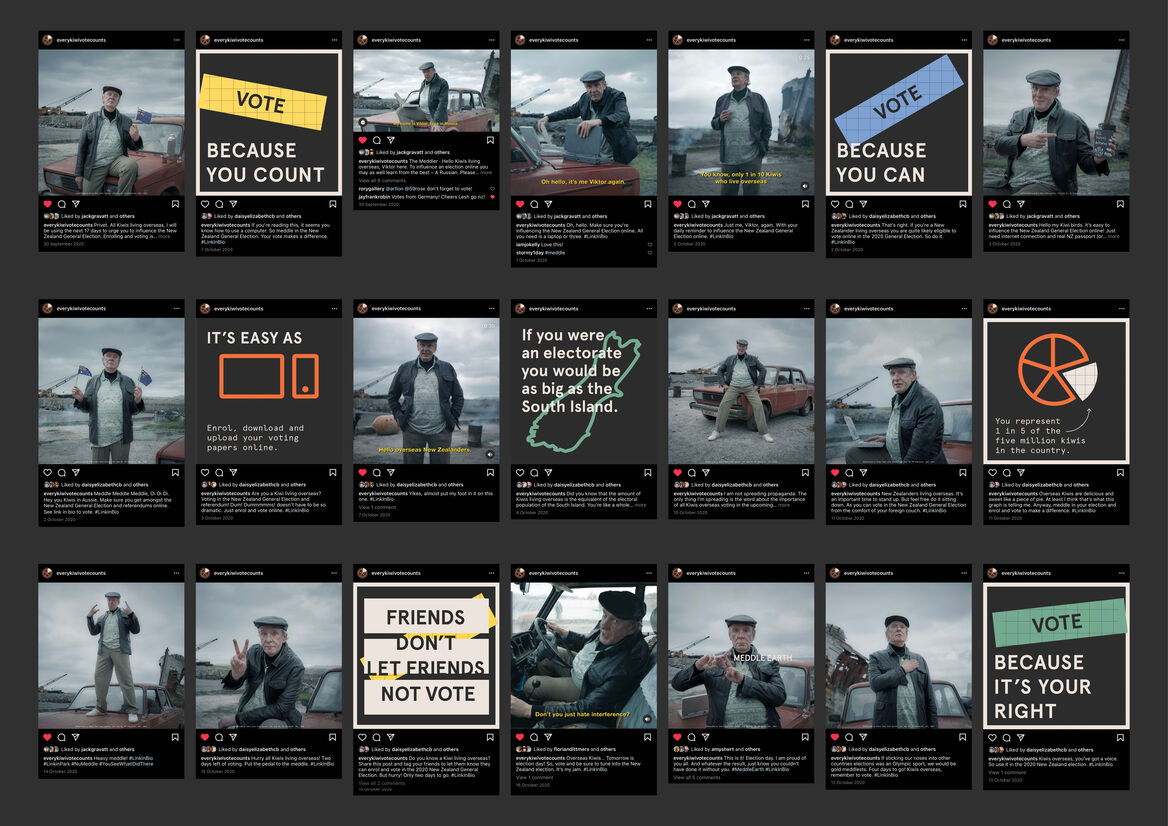 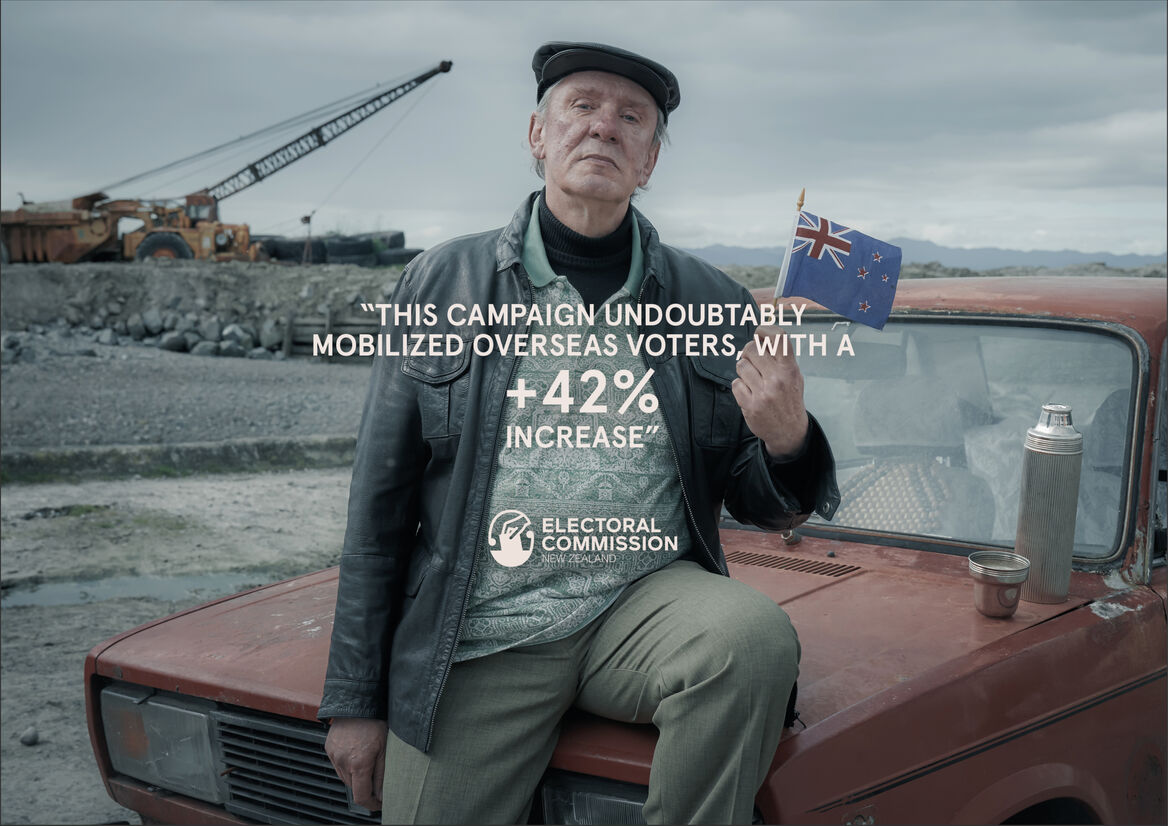 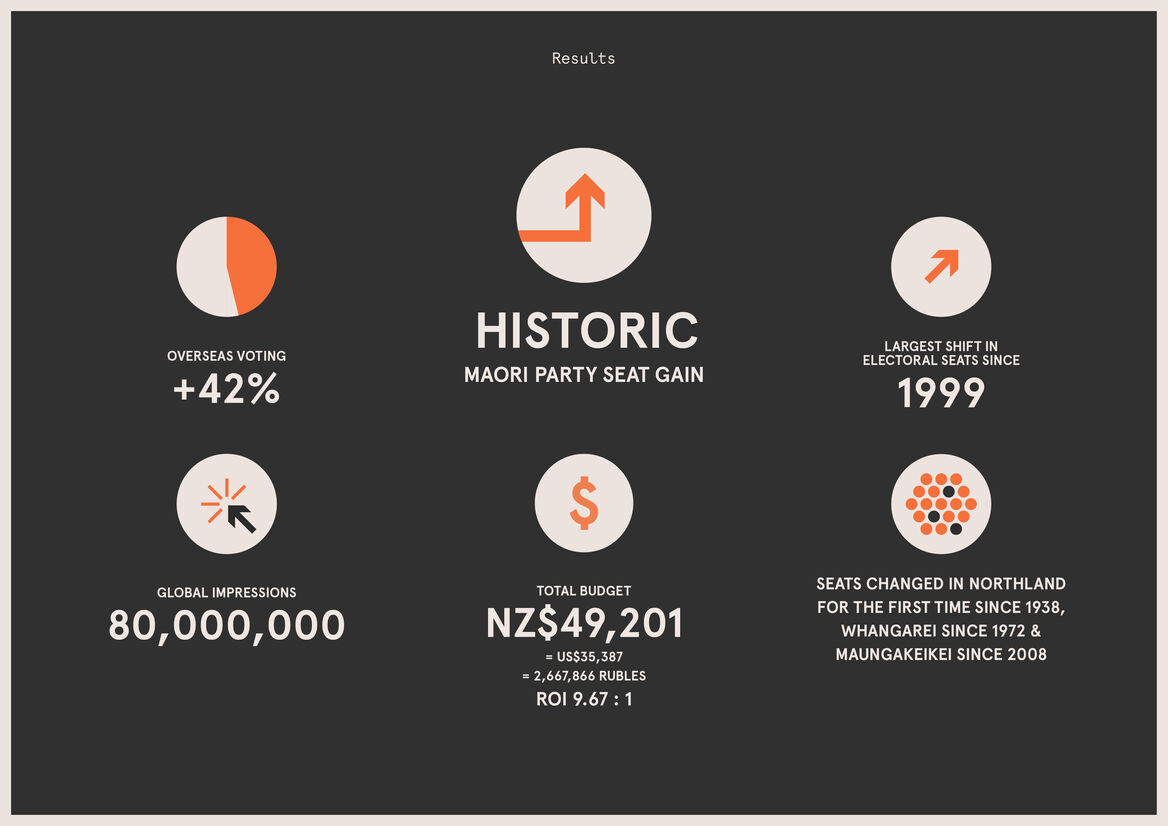 Only 1 in 10 New Zealanders living overseas voted in their own 2016 election. With roughly one million Kiwis abroad, that’s a lot of people not having a say. So, in the 2020 election, non-partisan initiative Every Kiwi Vote Counts was created to convert non-voters.

So, we turned to the experts in online election influencing. Viktor, the Russian, led the brand's inaugural campaign asking Kiwis to ‘Meddle in the New Zealand election’.
He targeted overseas Kiwis on social, through PR and outdoor in heavily Kiwi-populated cities, constantly sending people to his curated website to vote.

In elections, colour is really important, and each party has their own to stand out and cut through. Of course he couldn’t just nick one of those party’s palettes. So, as maximum meddling, he used them all!

Tonally, the grade of the films had a muted vibe that felt like run down Russia, using titles pulled from his favourite mini-series back home. Even subtitles were ‘generic' yellow Helvetica, just like you see in films from the motherland.