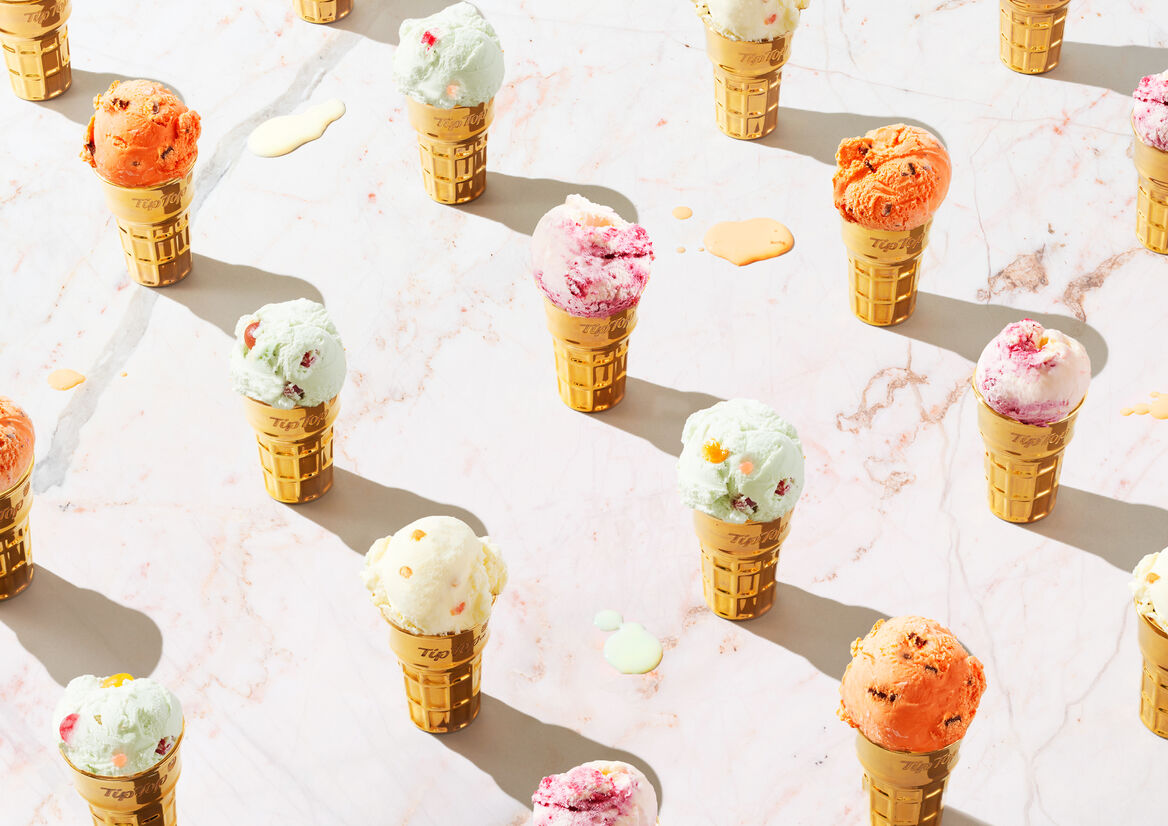 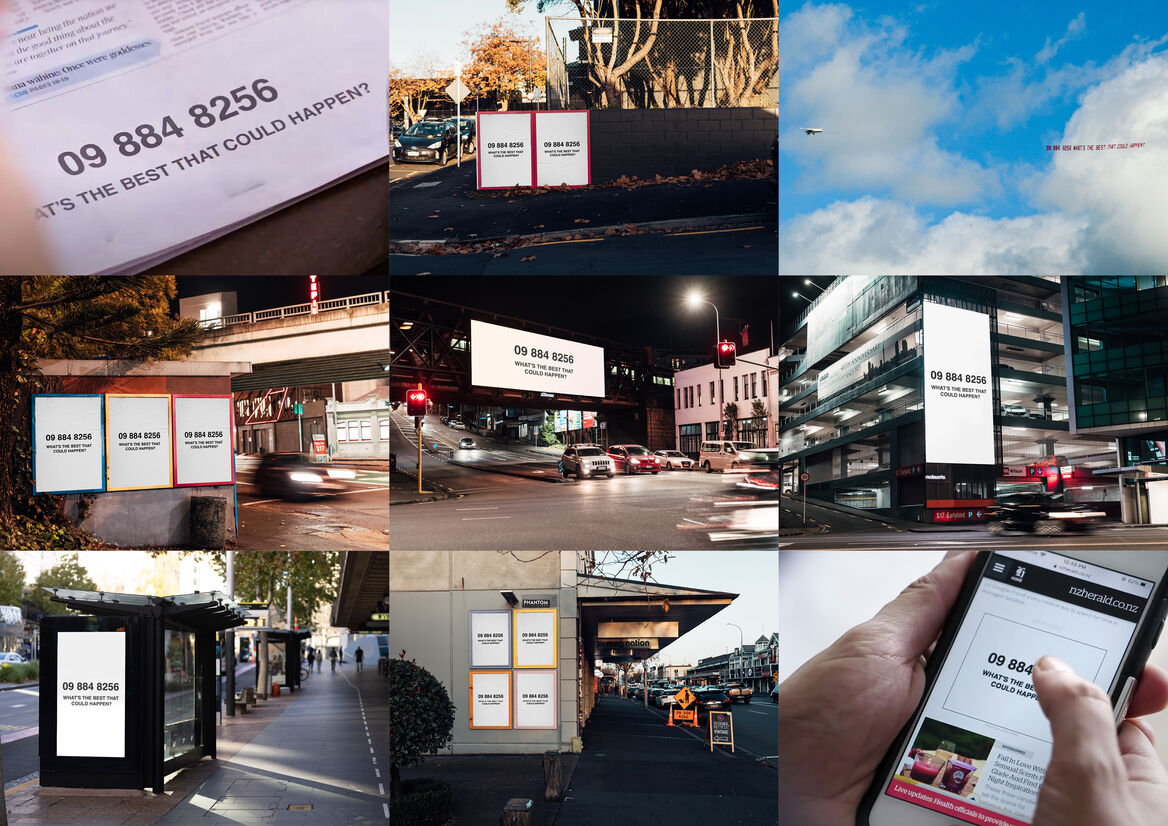 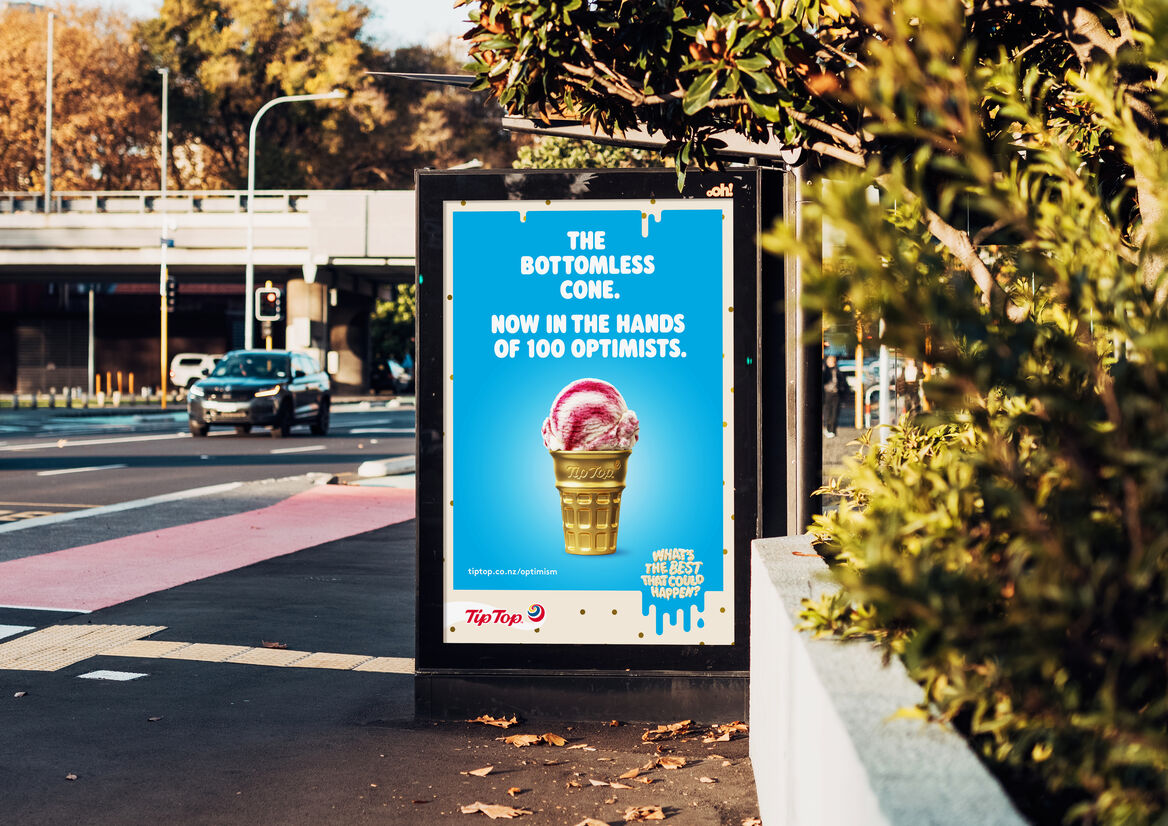 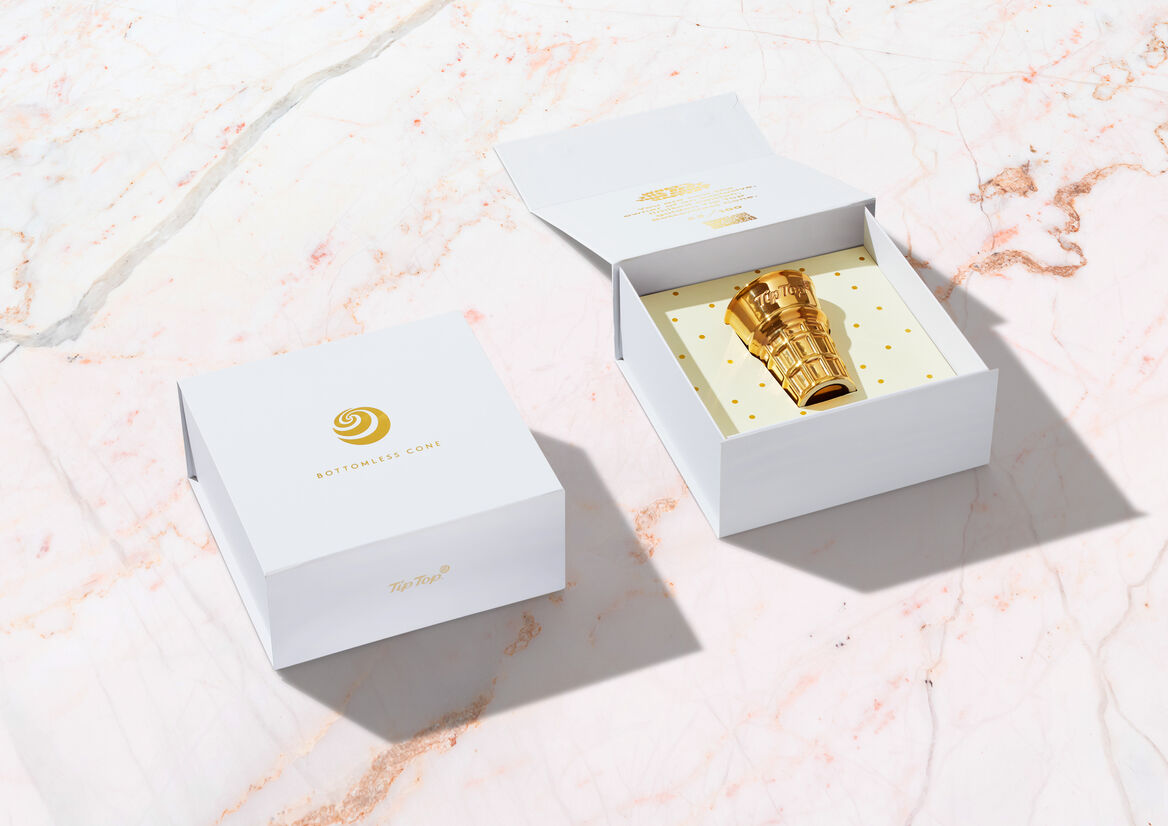 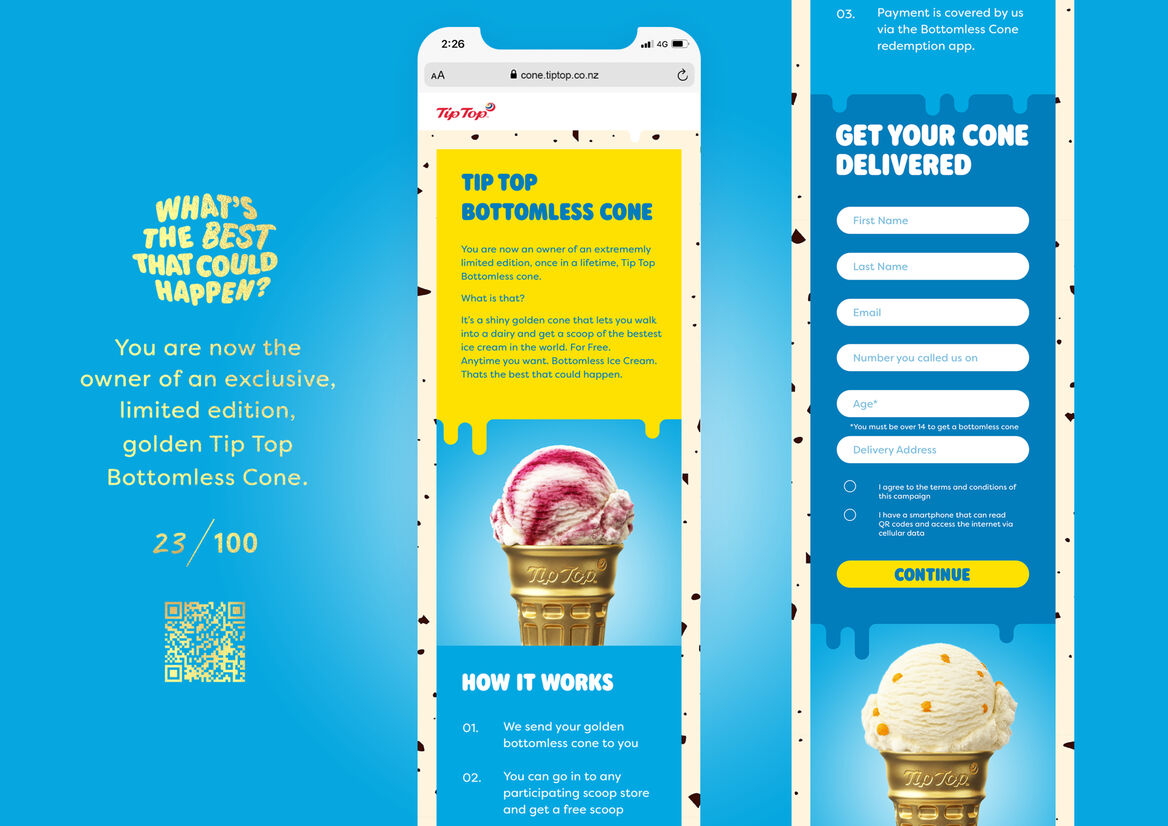 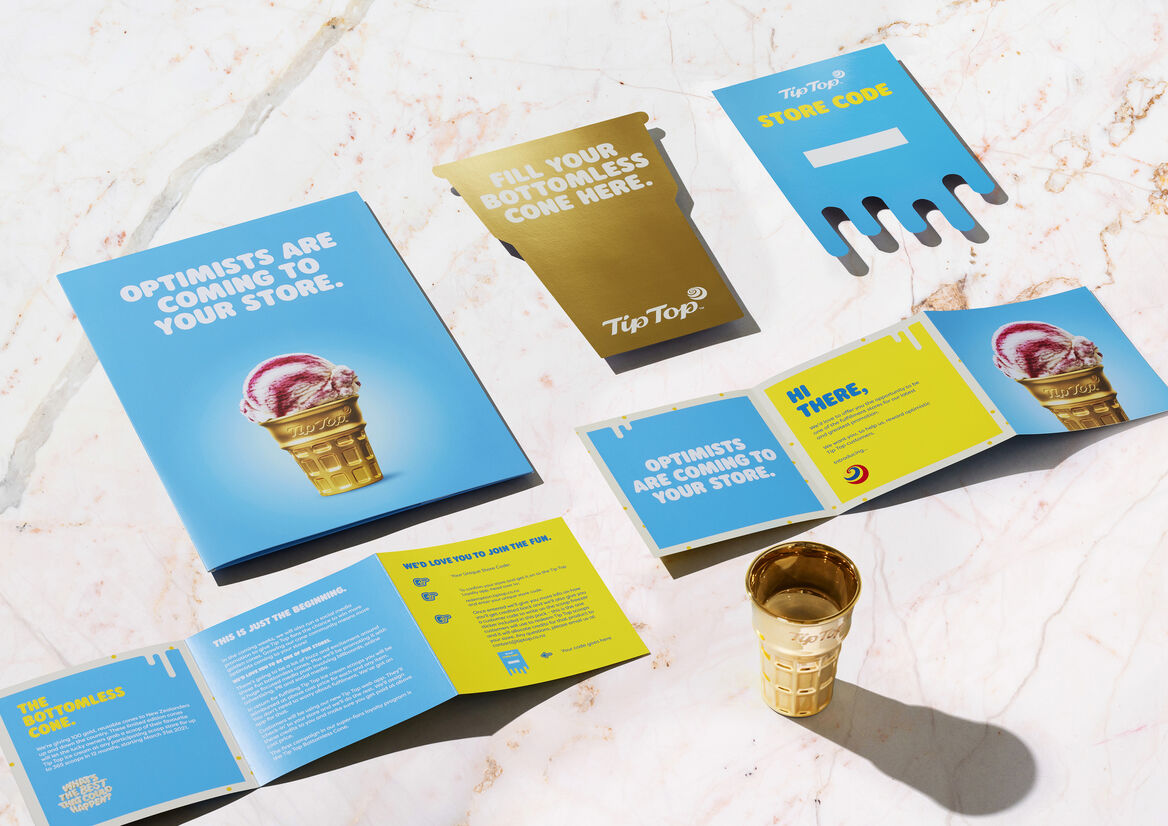 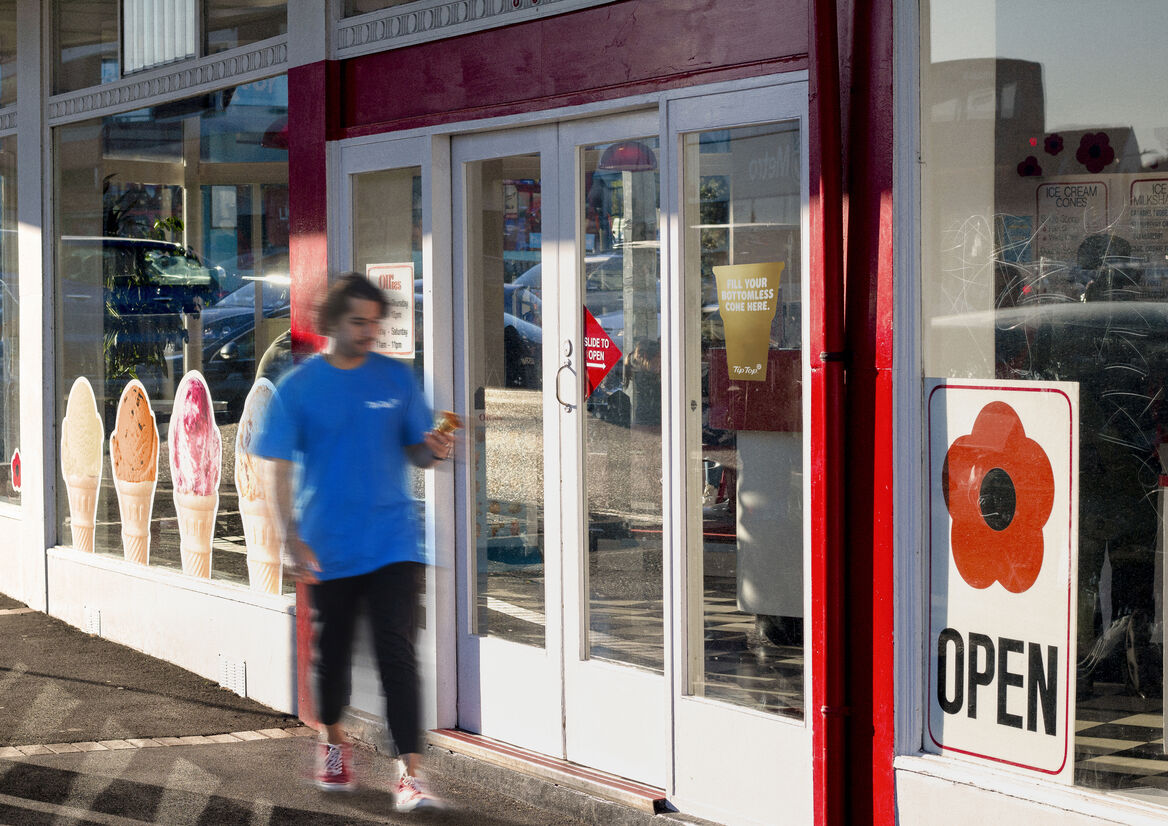 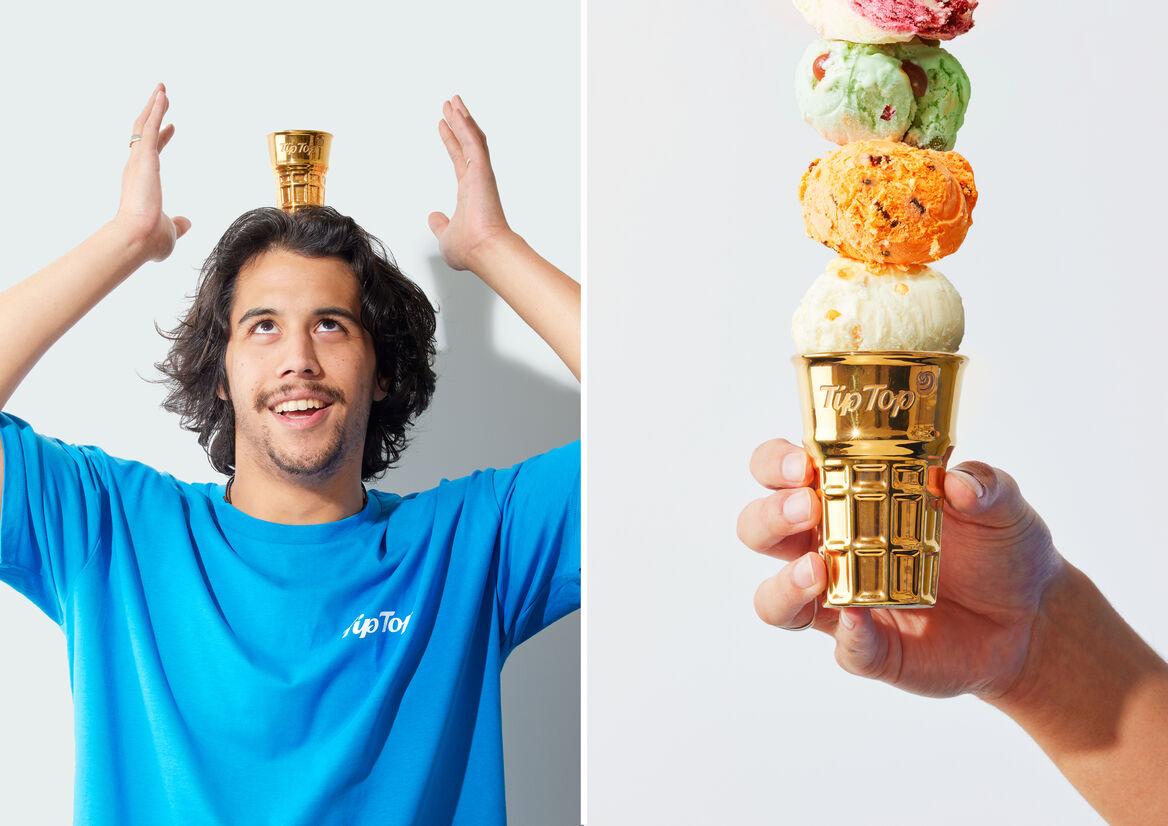 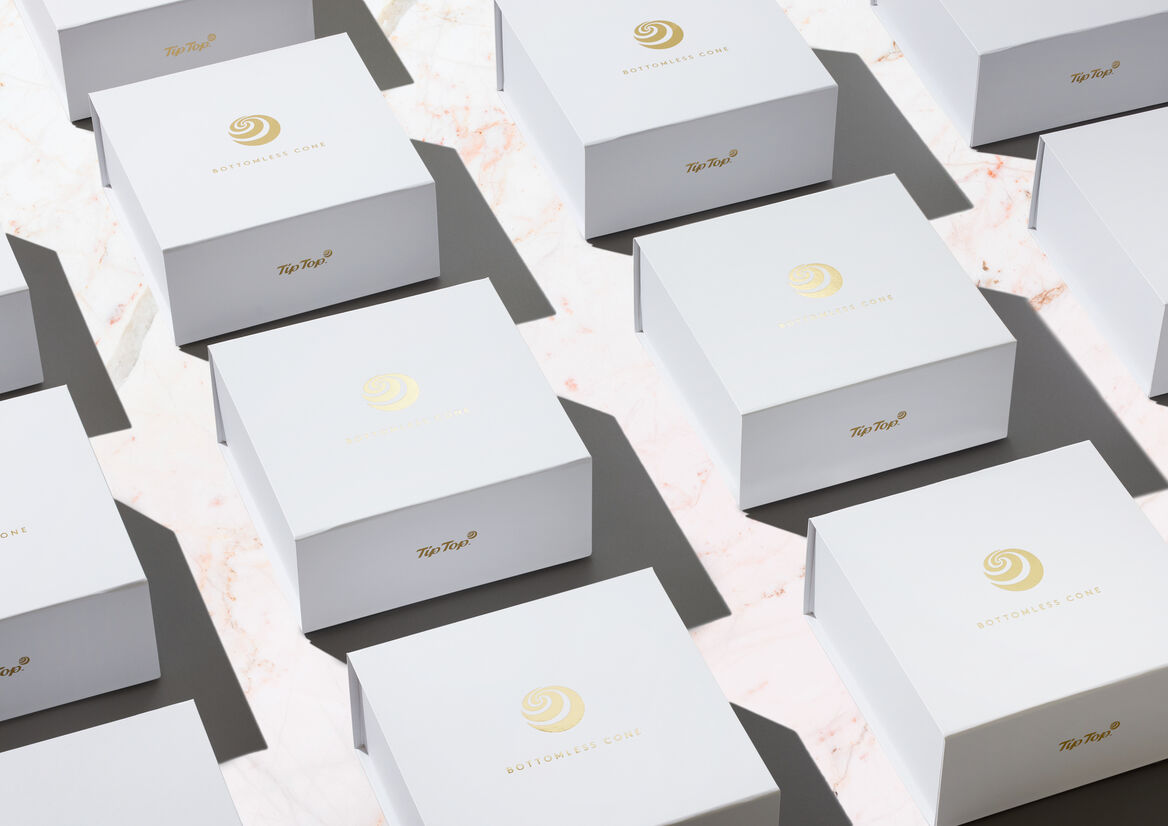 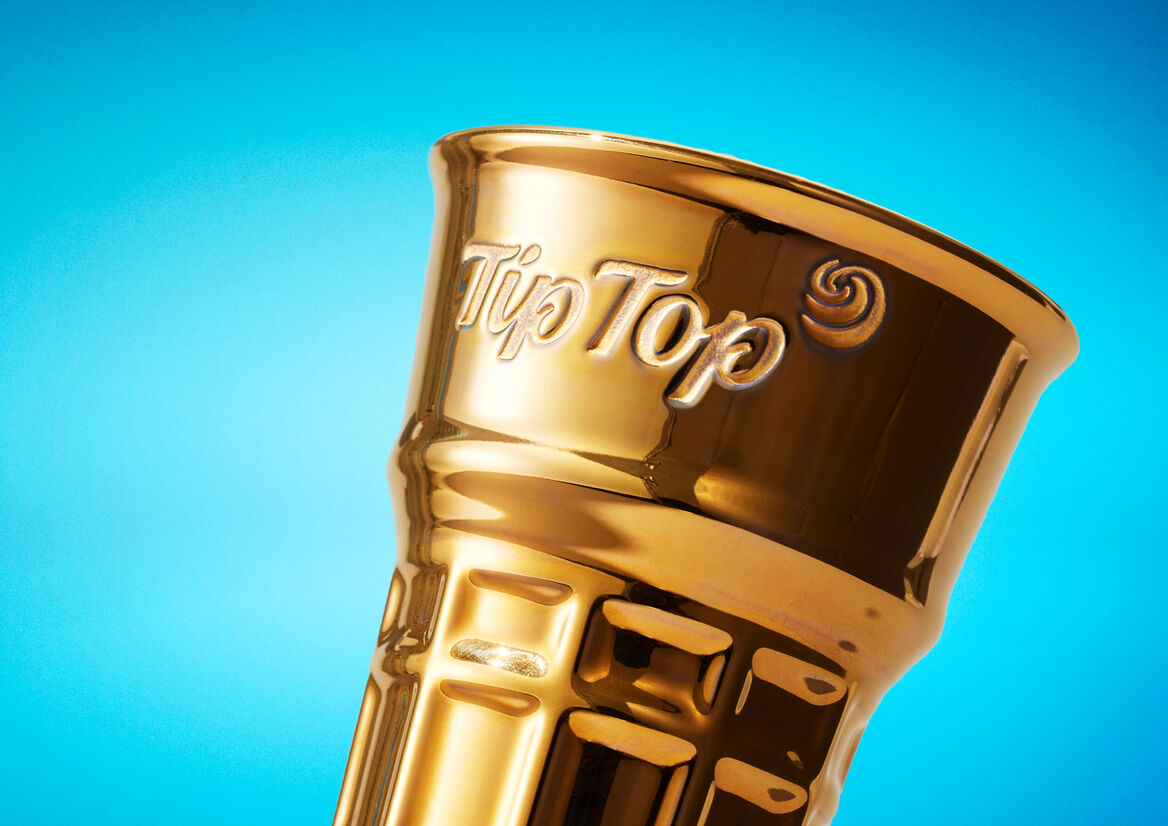 We believe optimism is a super power. If you could bottle it you would. But you can’t. However, you can put it in a cone.

That’s what Tip Top do every day. They make optimism. Sometimes it’s boysenberry flavour, sometimes it comes on a stick and, if you’re lucky it comes with chunks of hokey pokey in it. Tip Top is the company that since 1936, has made us ask - “What’s the best that could happen?”

Don’t believe us? We’ll prove it. Actually, we already have. So we don’t have to prove it - we just have to tell you what we did.

'What’s the best that could happen?’

It was, unsurprisingly, all about optimism. And we launched it with a phone number.

A phone number we put all over the country - for one day. There was no branding. No colour. No pictures of ice cream. No one knew it yet - but it was an optimism trap. Because only an optimist would see a strange number on a billboard, a banner ad, a street poster, a community notice board or dragged behind an aeroplane and call it. We weren’t even sure they would.

But they did. And when they did they were told the great news.

We told them that because that’s what they won.

A rare, precious and golden, bottomless cone that allowed the winners to walk into any Tip Top dairy and get a scoop of optimism in any flavour they liked whenever they liked.

To accompany their bottomless golden cone, we built our optimists a digital platform to help everything run smoothly.

Modelled from a good ol’ fashioned waffle cone, artisan potters hand-crafted only 100 of these gold porcelain beauties. We then packaged them in numbered boxes and hand delivered them to the 100 optimists who called the number.

We even had a symphony orchestra turn up on their doorsteps just for when they opened their boxes… Okay that last bit was a lie but everything else happened just the way we said it did.

A bottomless cone for a bottomless optimist. Because when your glass is half full - your cone is never empty.