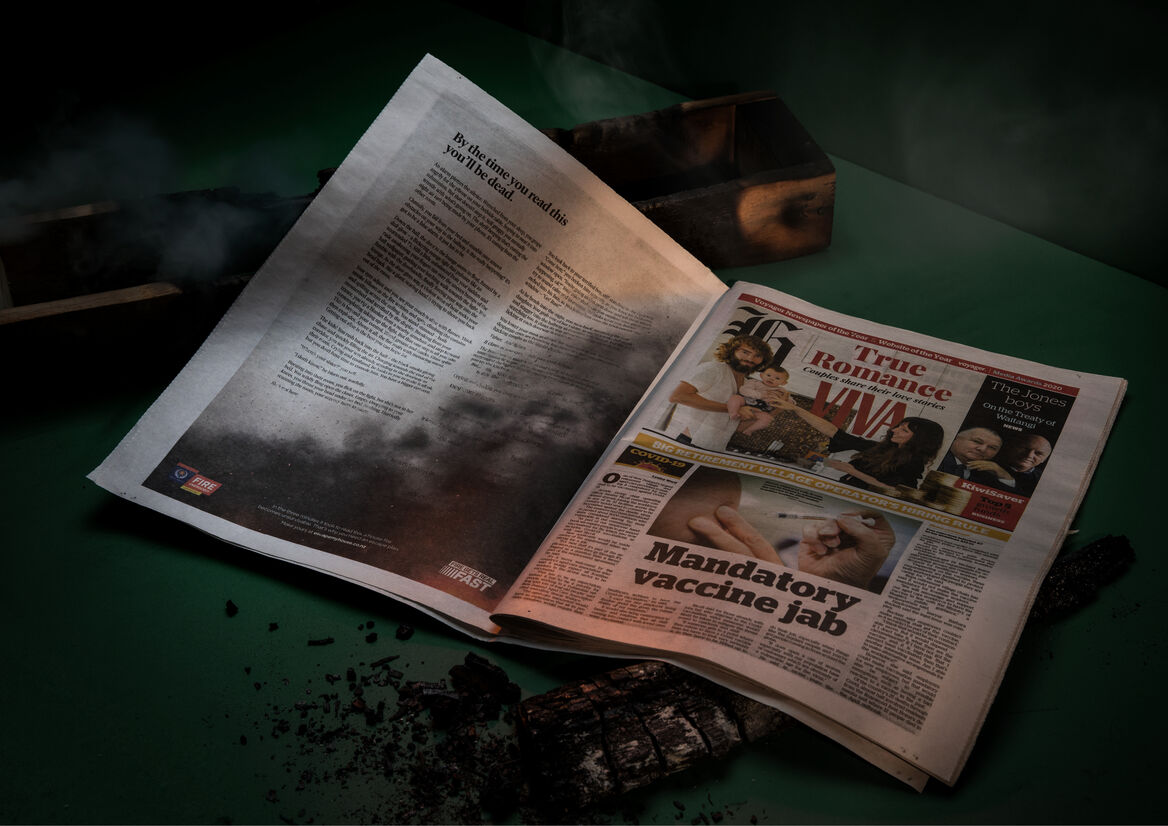 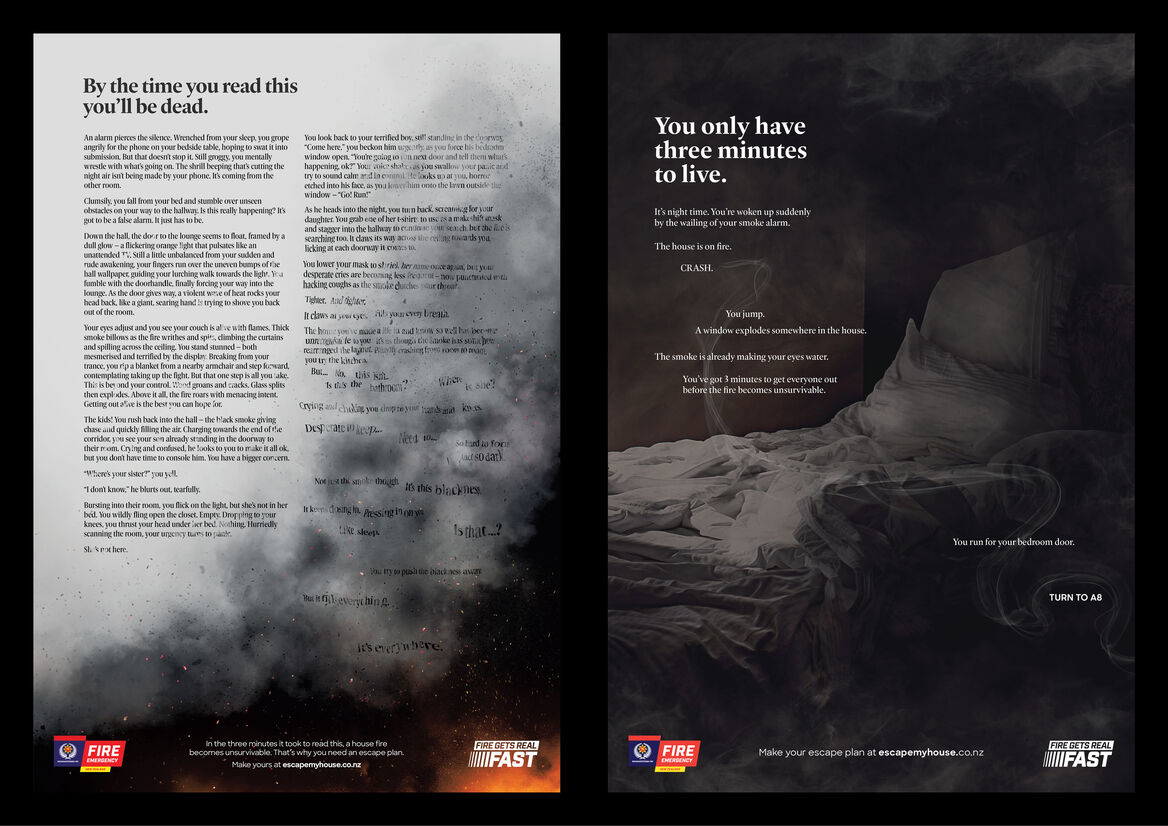 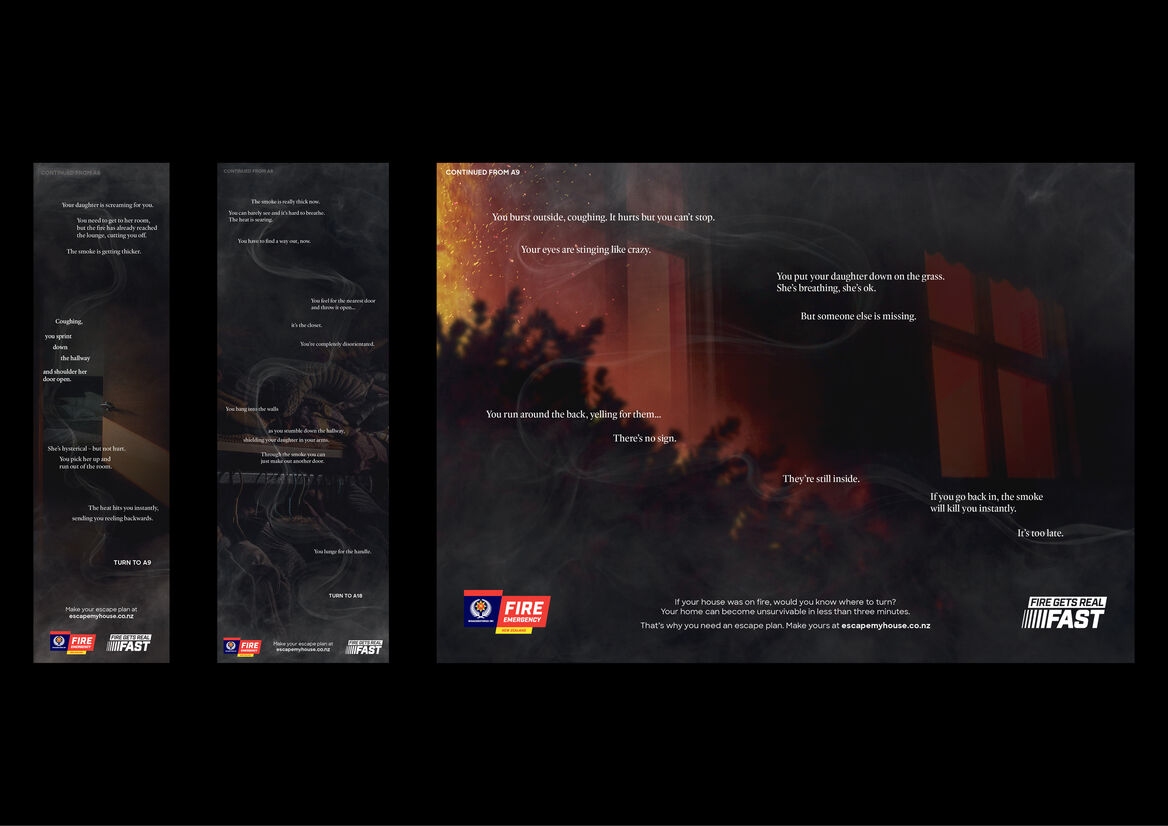 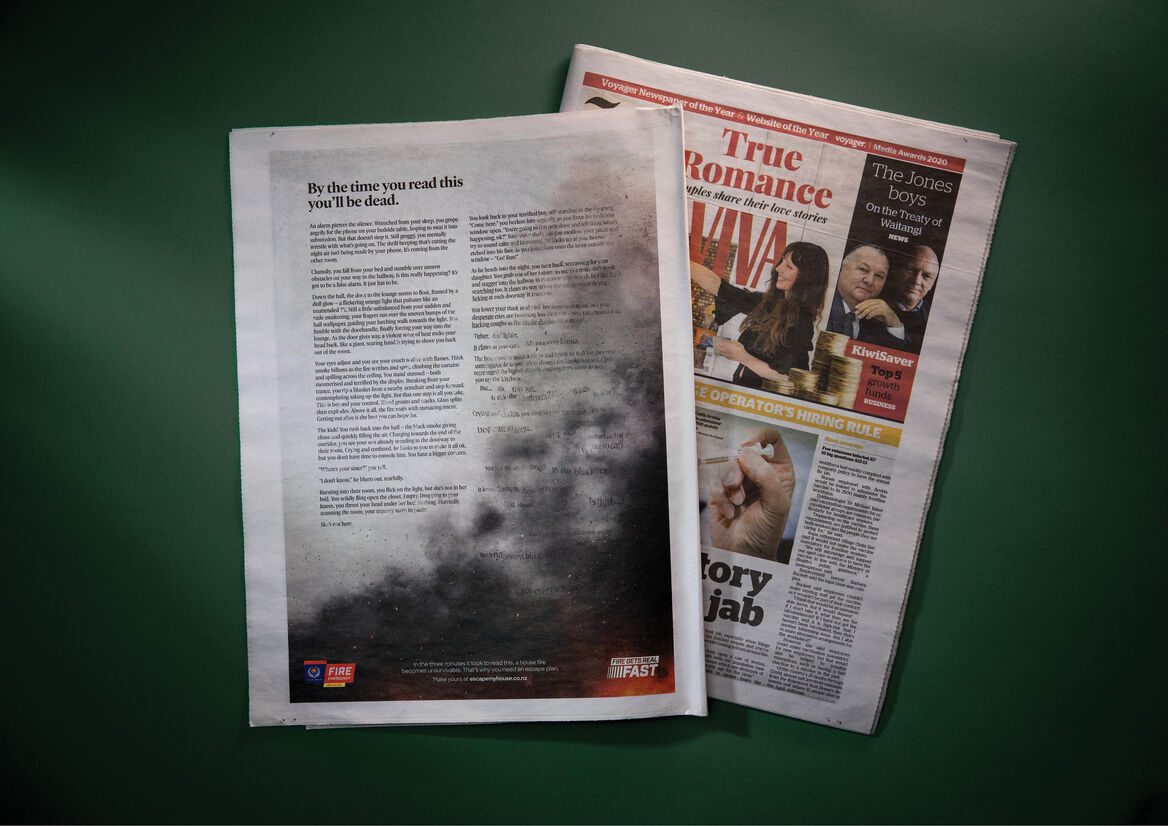 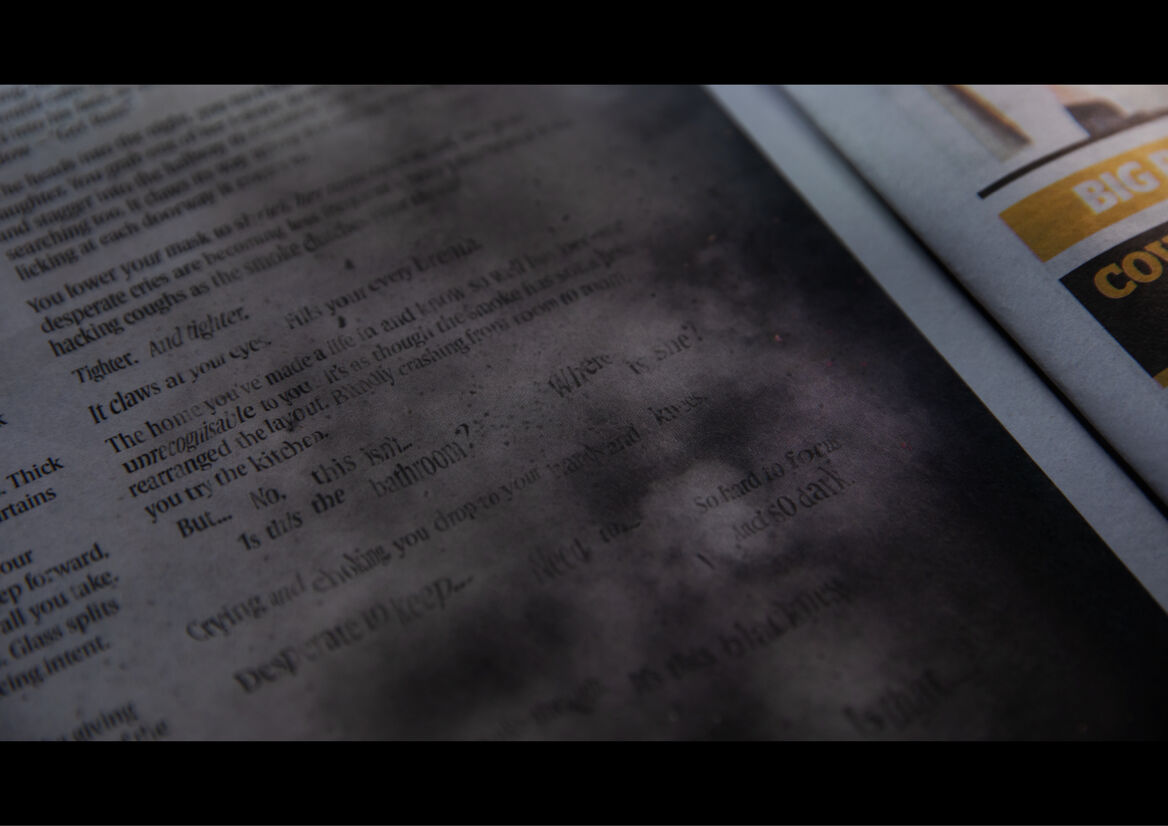 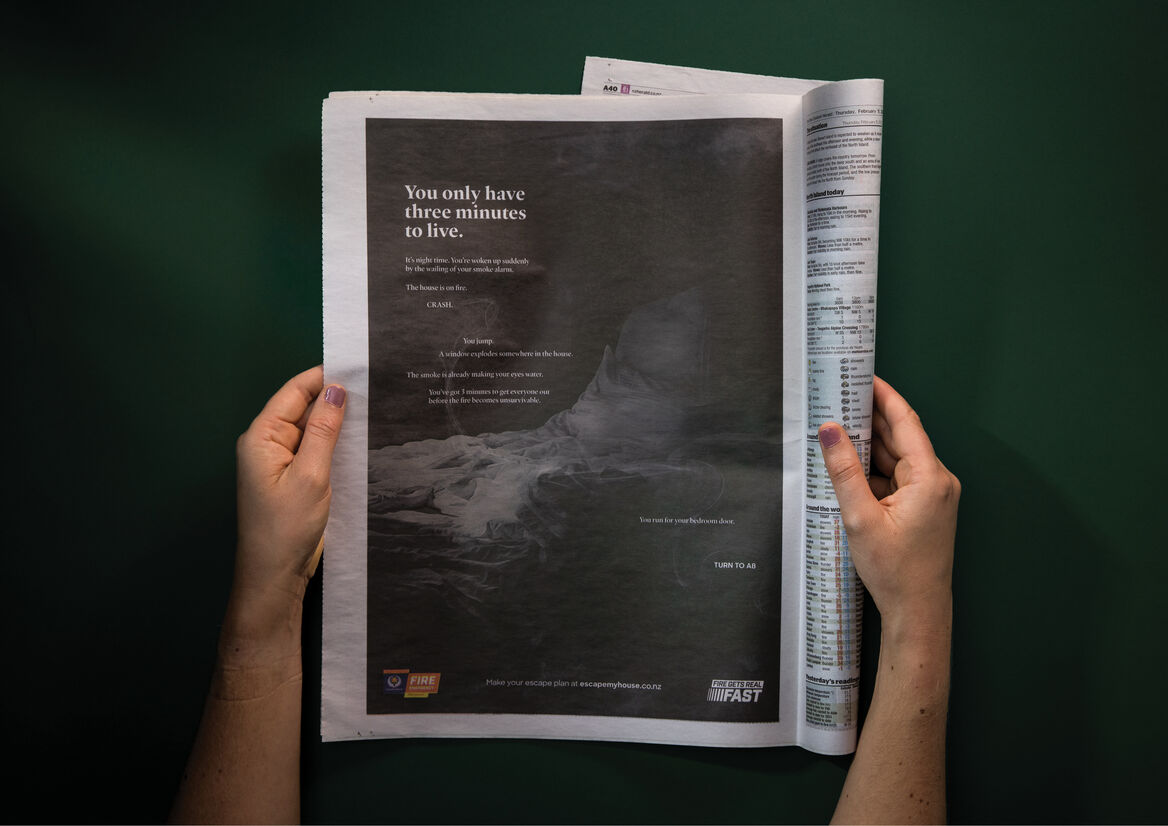 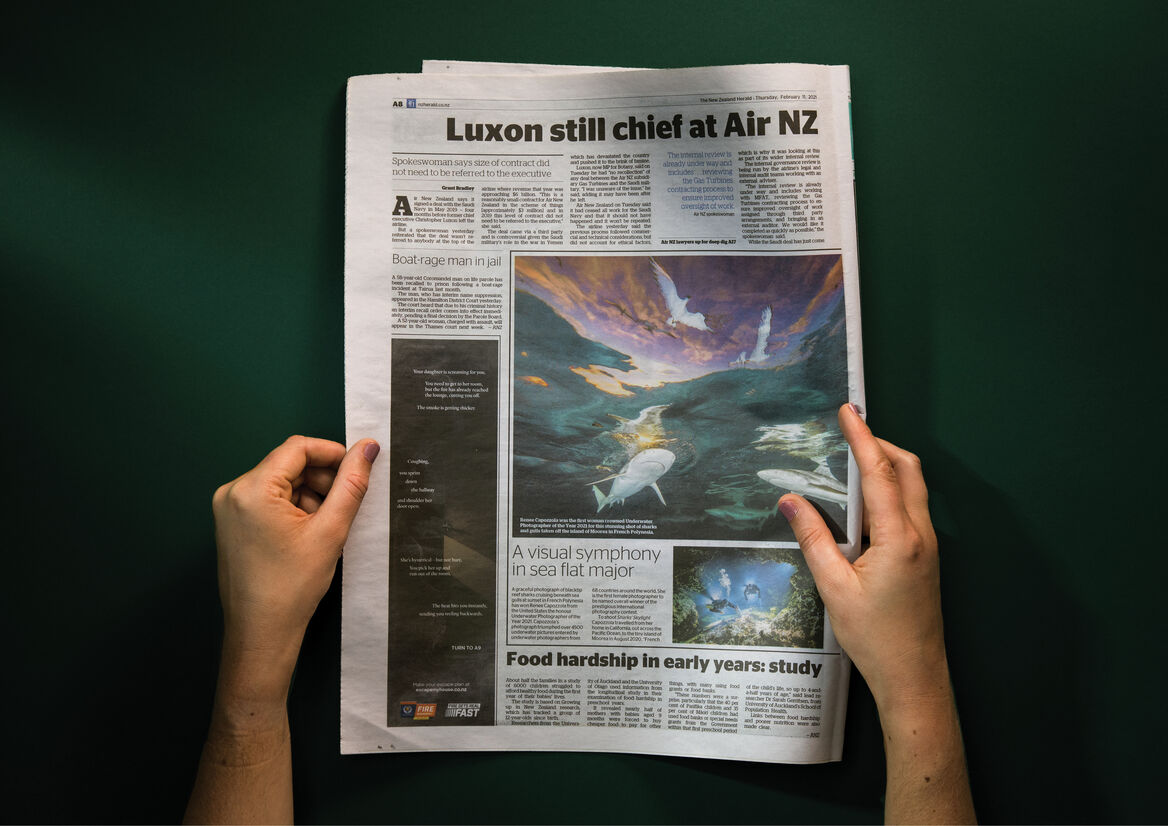 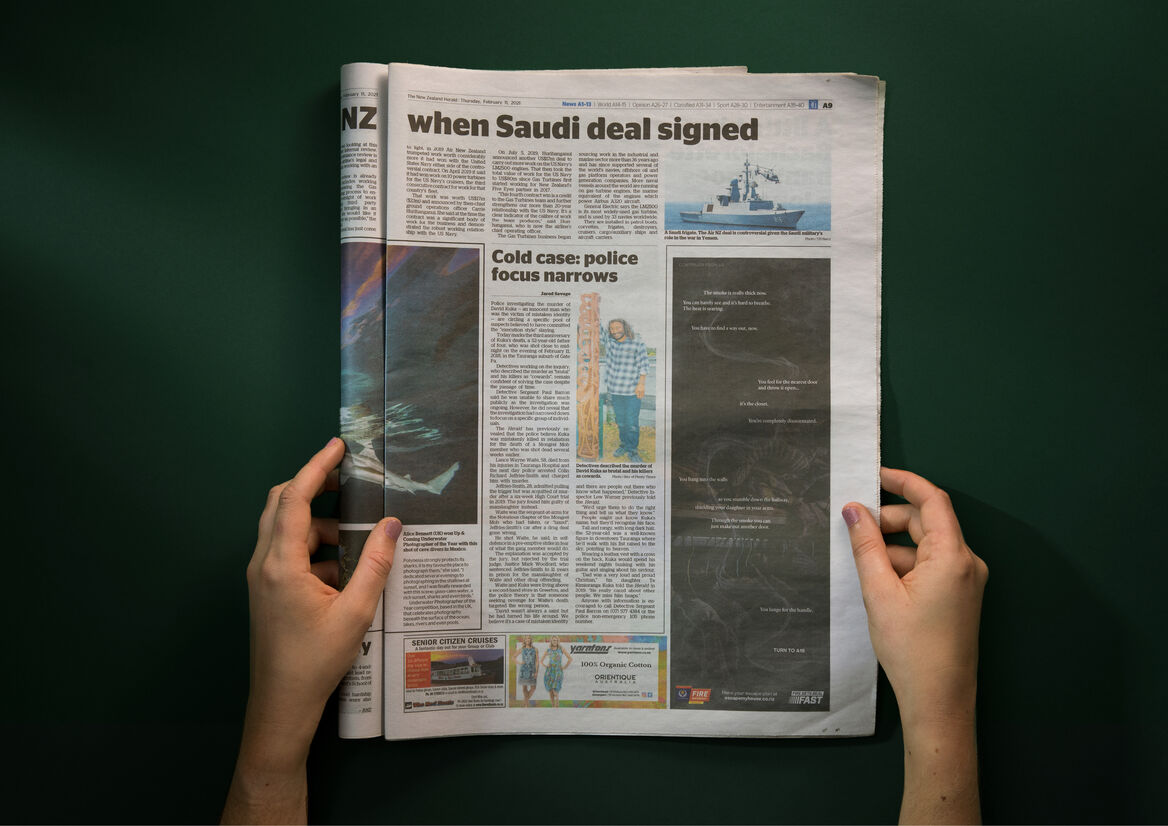 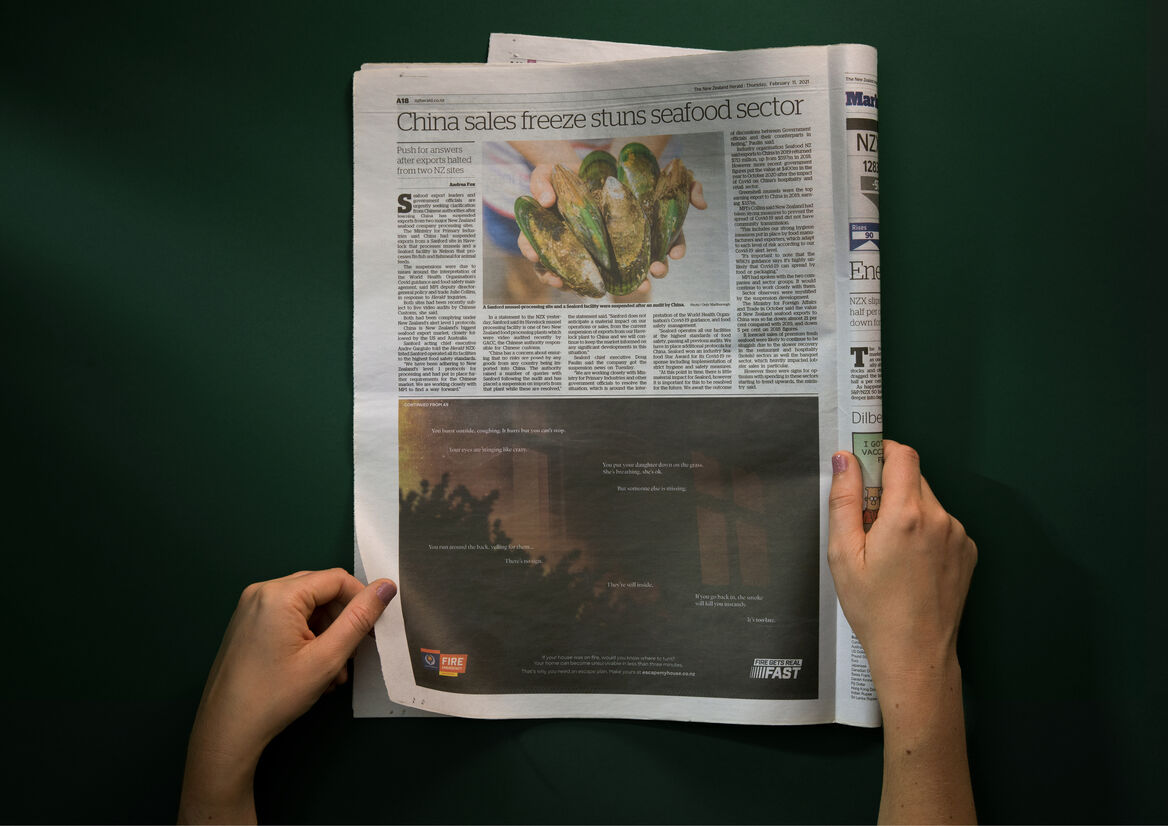 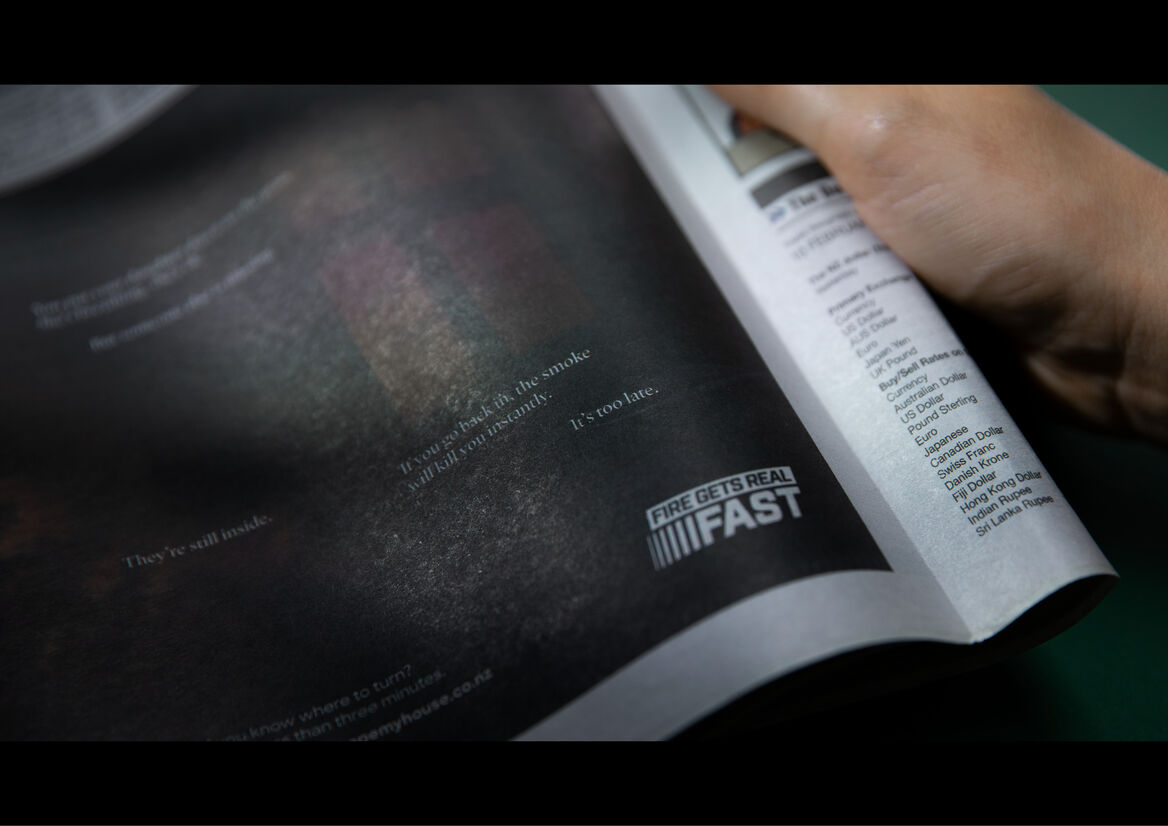 Escape Week is an annual initiative from Fire & Emergency NZ (FENZ) to encourage New Zealanders to make escape plans for their homes. Tragically, the average house fire takes just three minutes to become unsurvivable. And it was this terrifying insight that sparked a challenge for us to use press in an engaging and unique way during Escape Week, in order to motivate families to work on their own plans.

It’s harder to escape a house fire than people think. Because of toxic smoke, low visibility, encroaching flames – the disorientation is debilitating. To make this point, we created two narrative-driven ideas that utilised the unique format of the newspaper in different ways, ultimately driving home the same point – “Fire gets real fast.”

To demonstrate just how little time people have to make it out alive and the importance of having a plan in place, we came up with the first half of our campaign – the 3 Minute Print Ad. It’s a gripping story that, crafted to be exactly 720 words in length. Meaning that it takes the average person three minutes to read. As the story develops it becomes increasingly incoherent and disorientating, not just in terms of the narrative, but the typography itself – it begins to warp, waft and fall apart. Smoke drifts up from the bottom right corner of the page, choking the story and the words themselves. It’s a graphic demonstration that, had this been your story, you’d be dead by the time you finish reading it.

Escape the Paper was the second part of the campaign, that brought the same reality to life, but in a different way. Made up of 4 separate placements scattered throughout the paper, the story is an immersive experience, mirroring the panic and disorientation of someone running from room to room, trying to escape a fire. Ultimately leading to a tragic conclusion.

The first full-page placement draws readers into the story, then prompts them to turn to the next placement to continue following it. The art direction breaks up the type to mimic the increasingly chaotic movements of the character in the story and directs the reader’s eye with an ominous curl of smoke.

The result was a non-traditional and engaging approach to newspaper advertising, which immersed the reader in the experience. It made the threat real and the need to take action by making an escape plan, urgent and imperative.