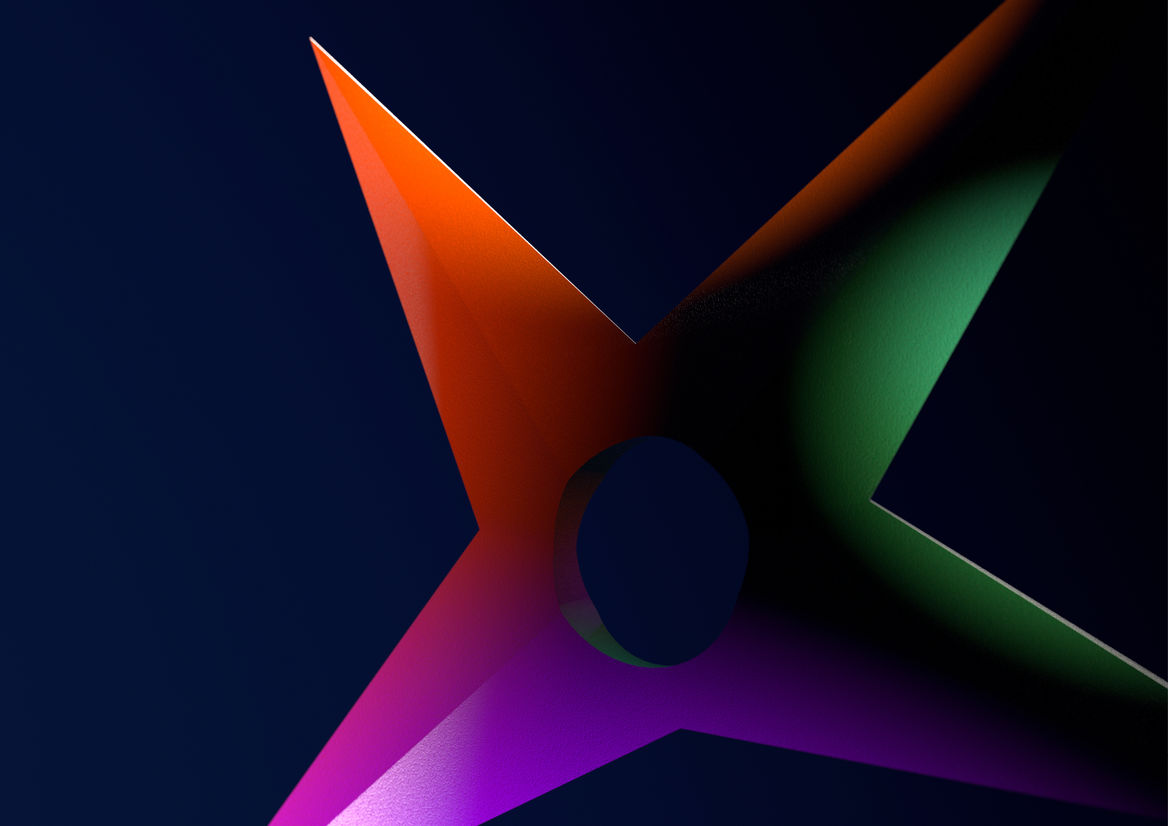 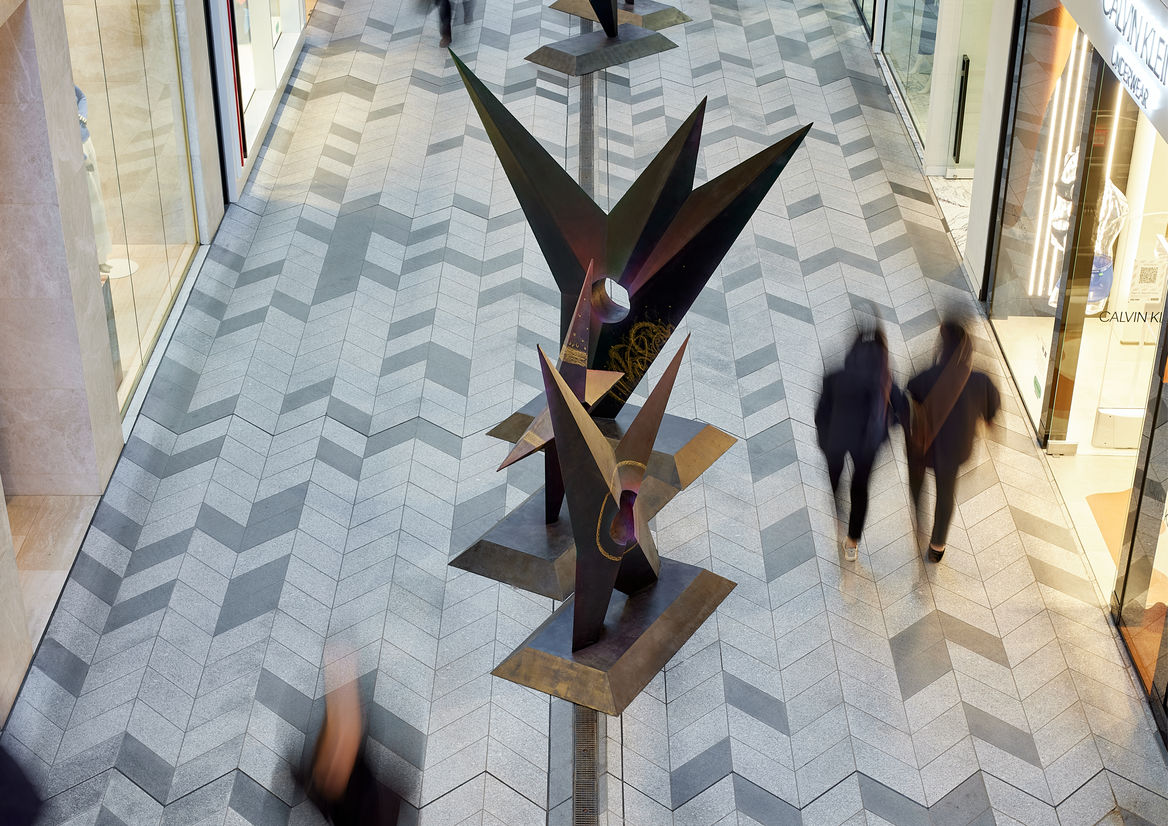 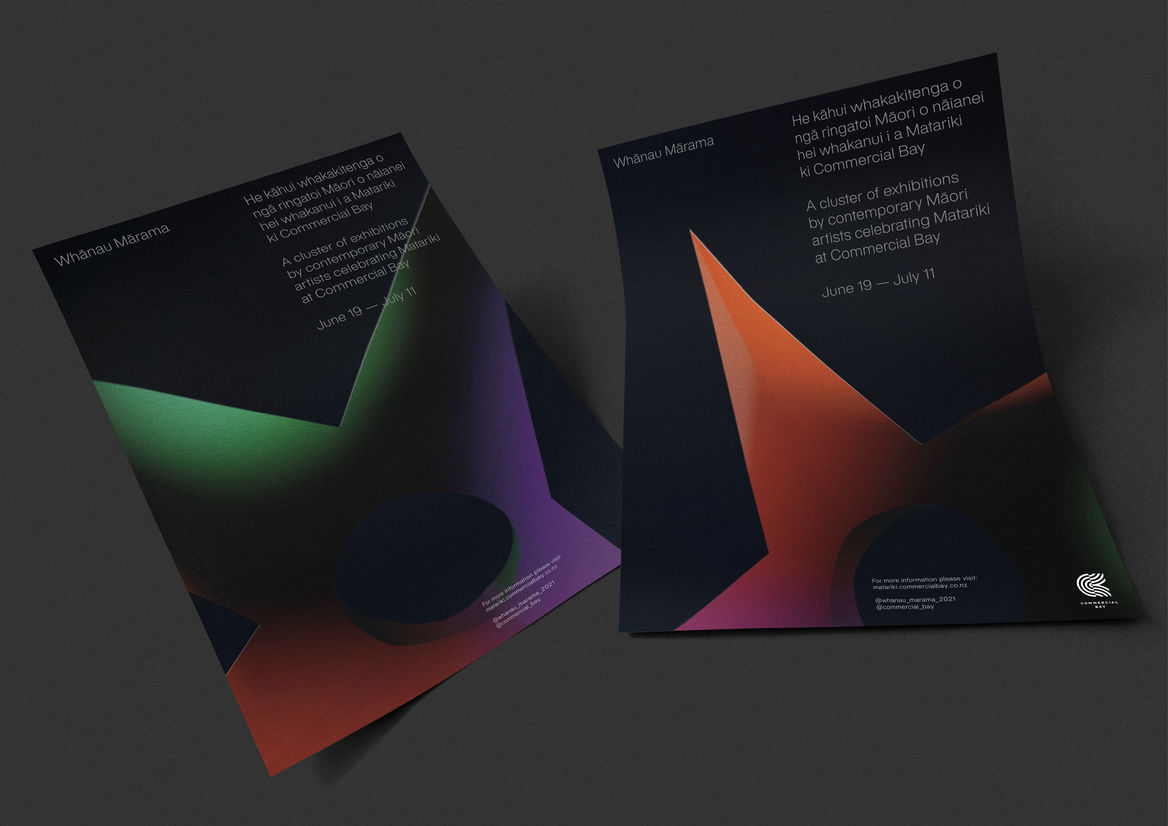 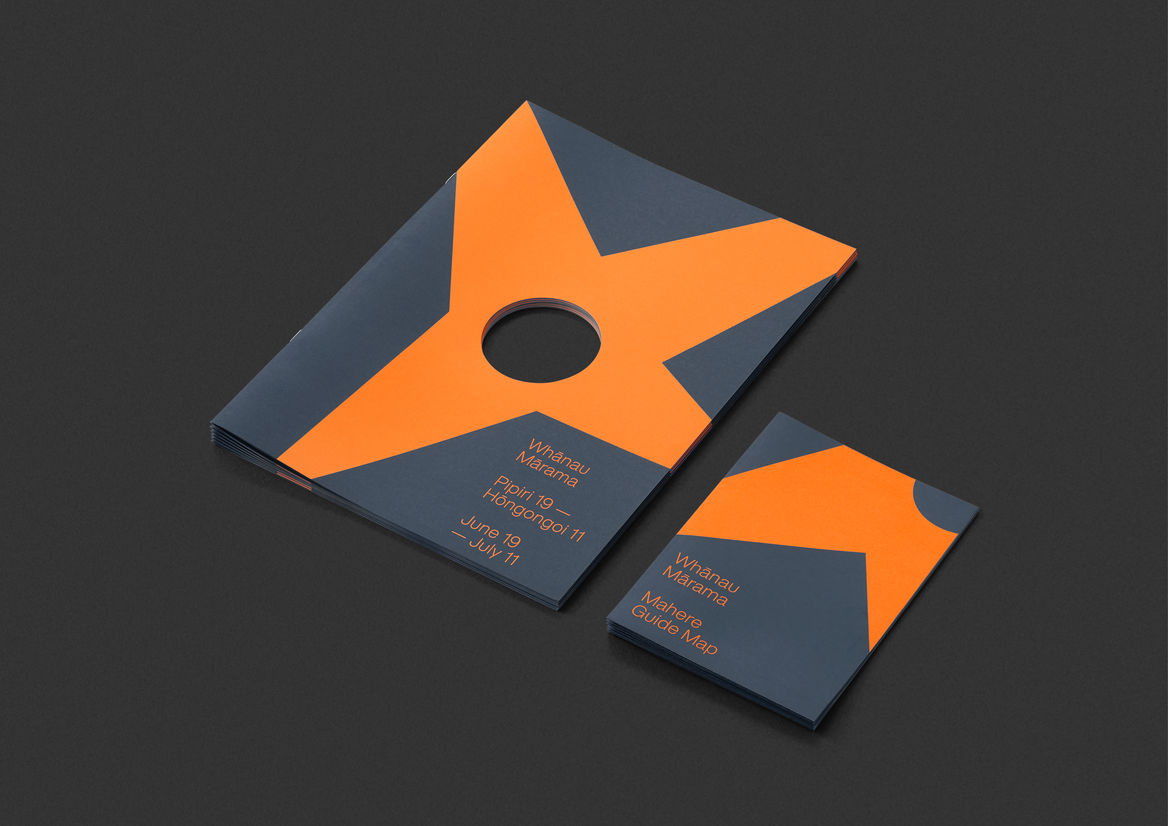 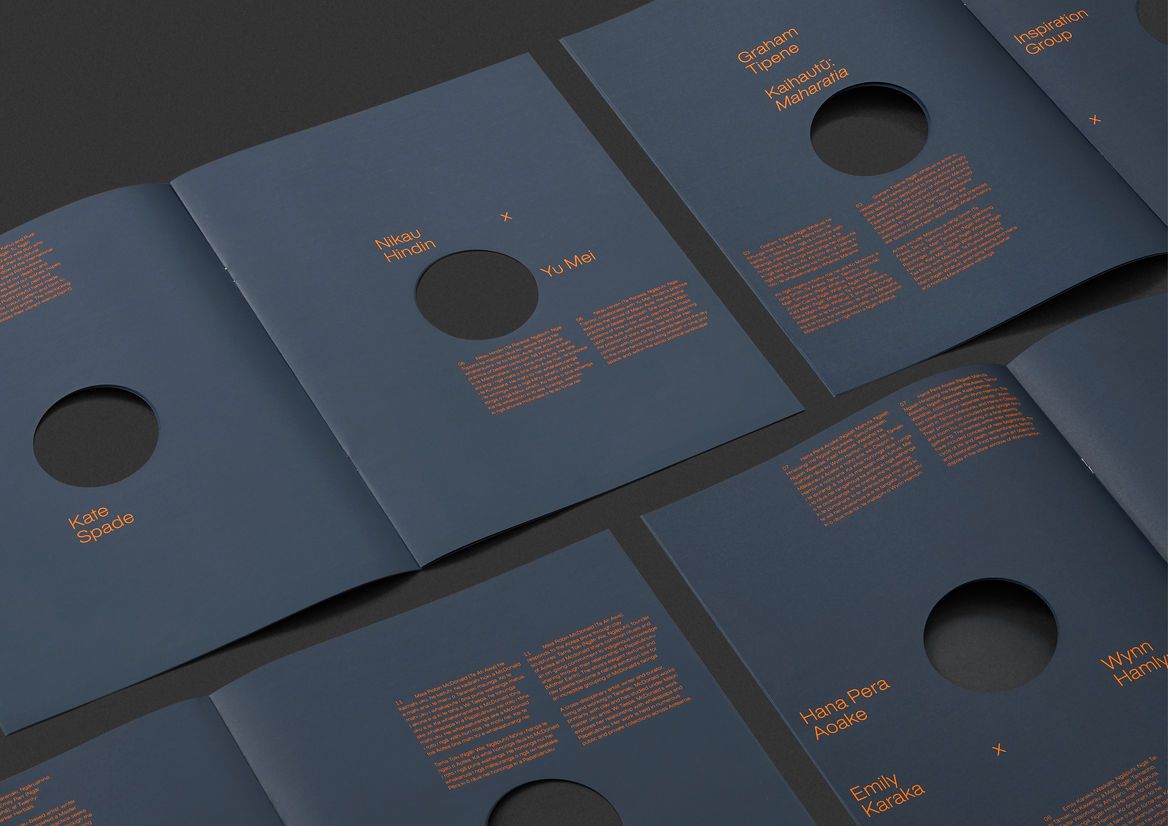 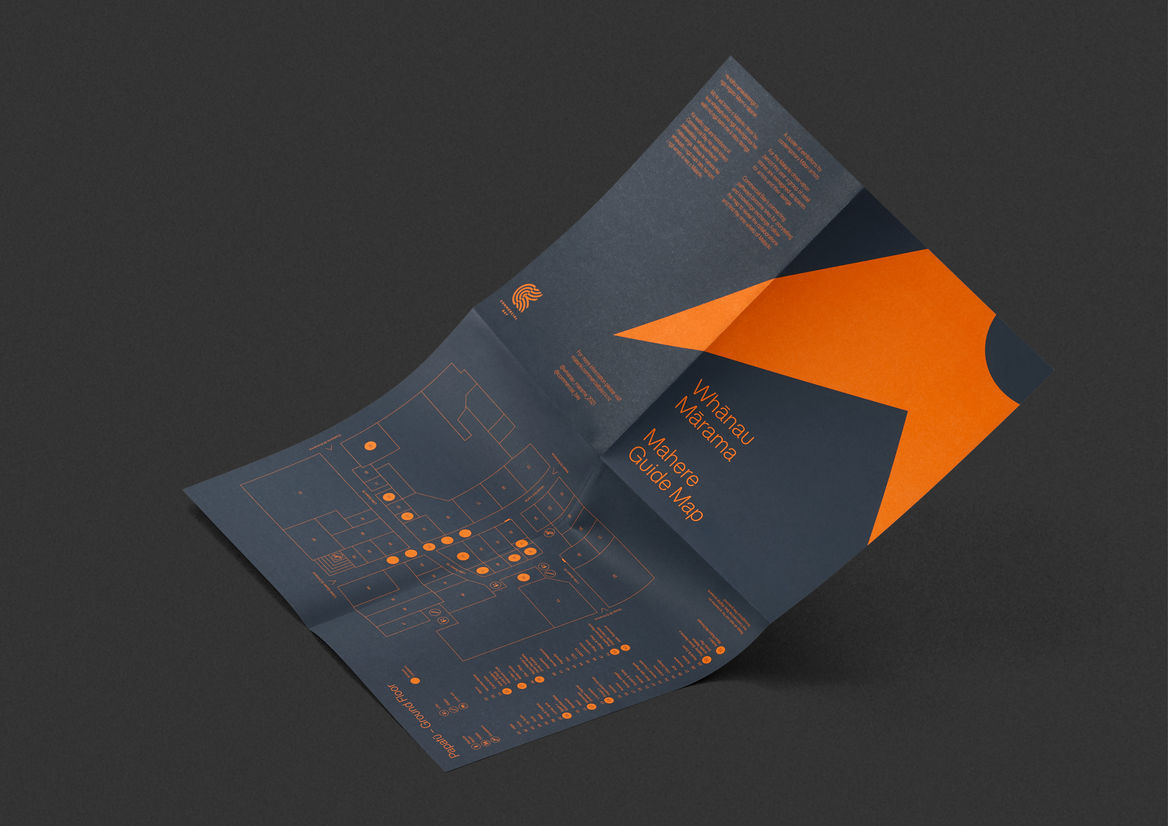 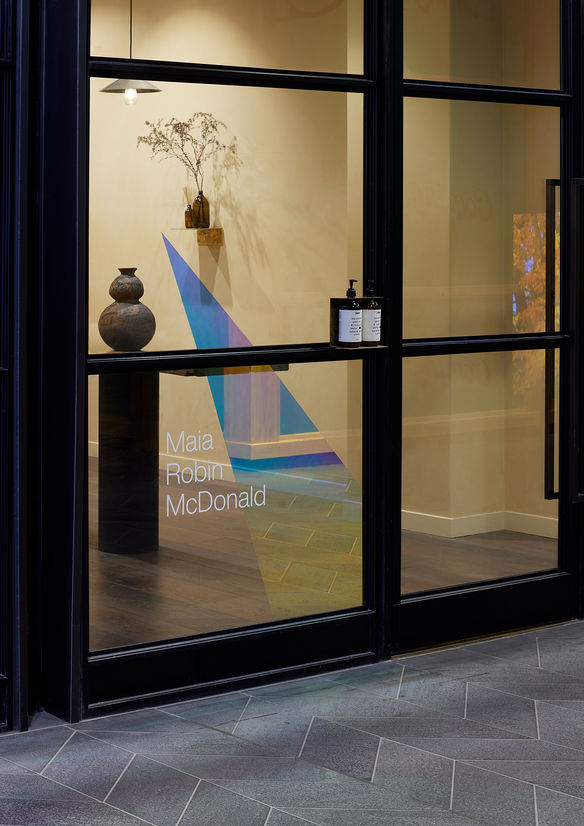 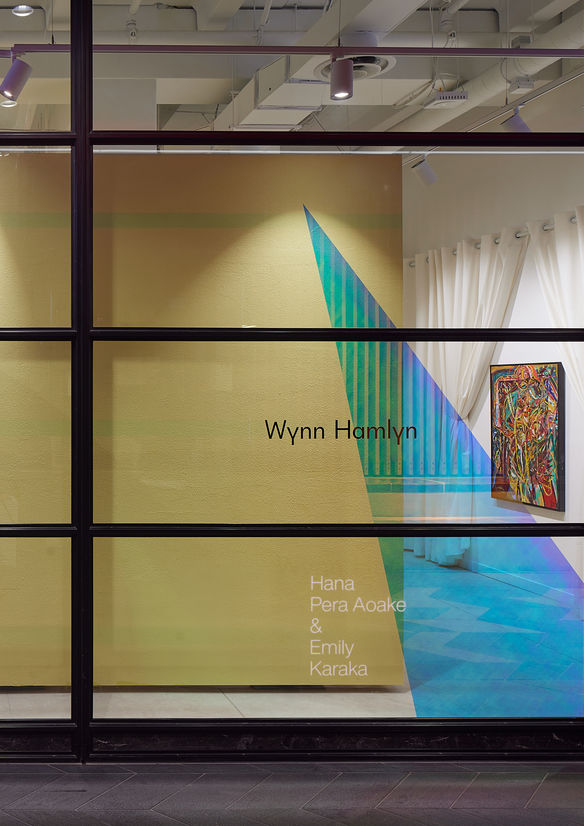 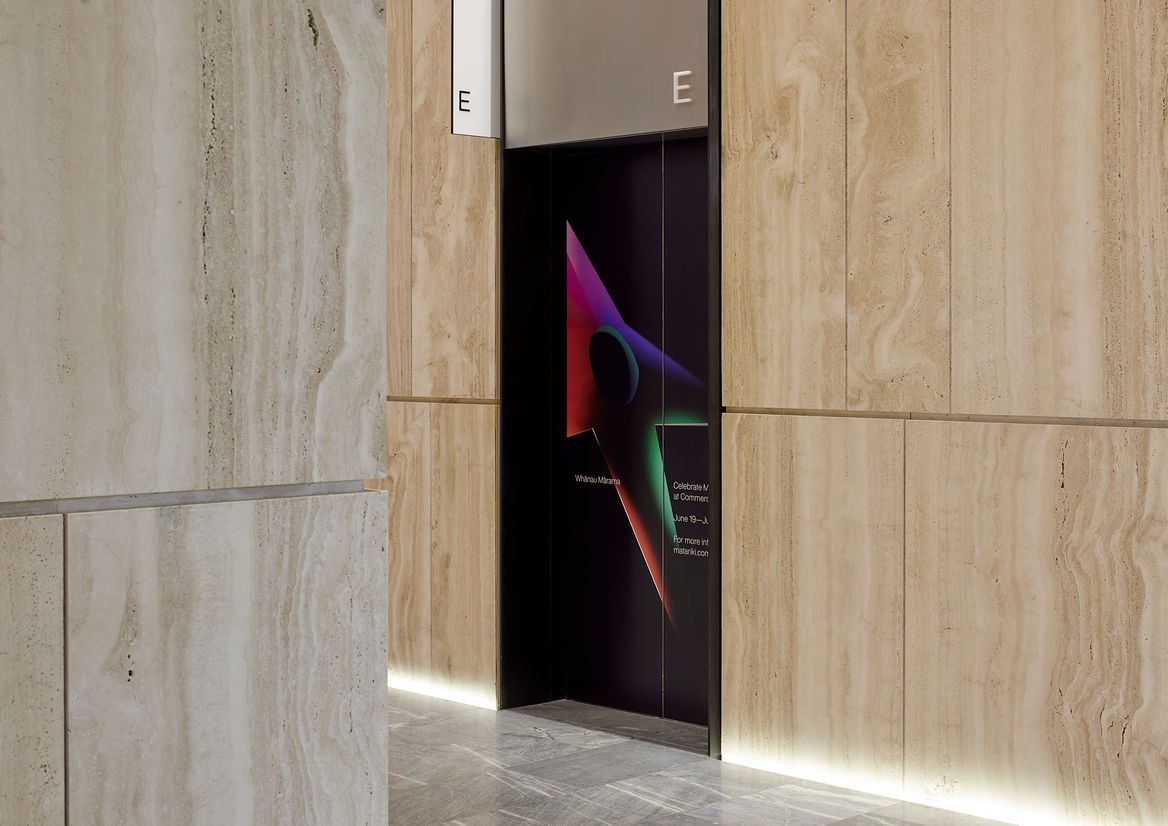 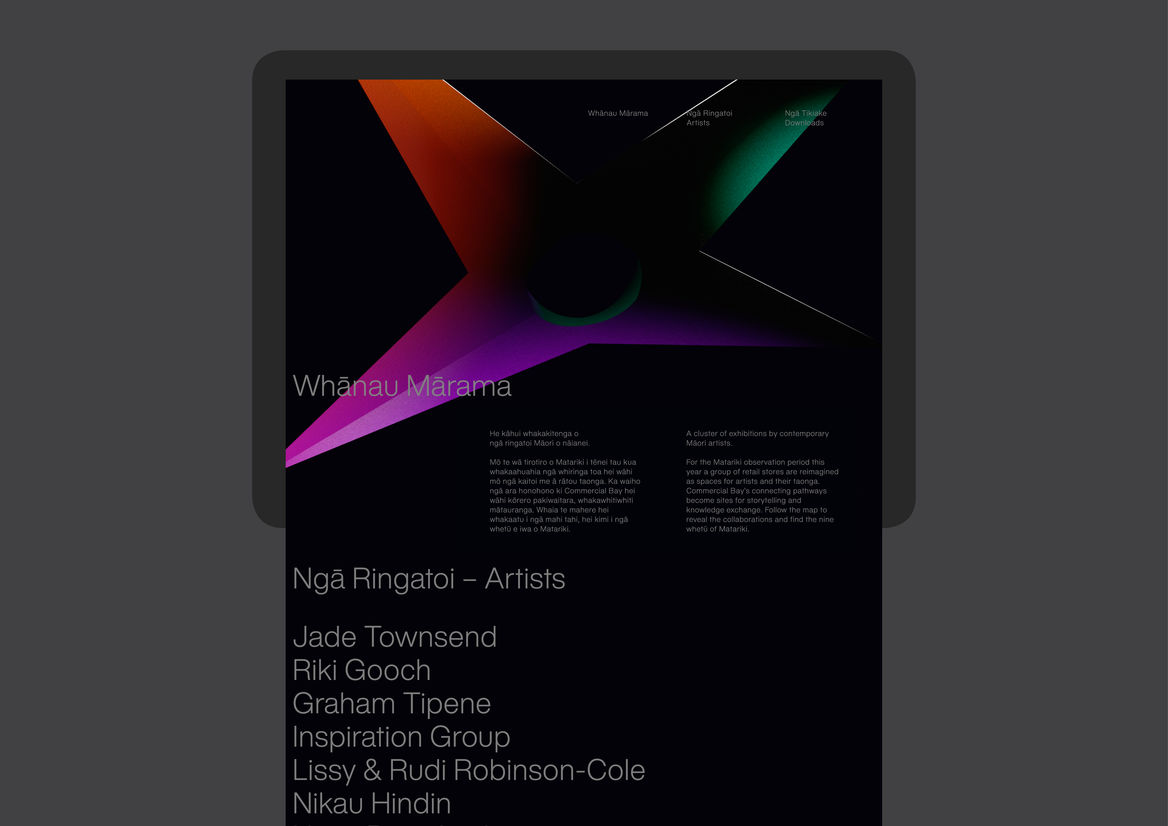 Whānau Mārama is a cluster of exhibitions by contemporary Māori artists celebrating Matariki at Commercial Bay.

For the Matariki observation period, participating retail stores were reimagined as spaces for Māori artists and their taonga. Commercial Bay’s connecting pathways became sites for storytelling and knowledge exchange. The goal being to deepen our collective understanding of the Māori new year.

An array of practices and perspectives was presented reflecting Indigenous ways of knowing and being. Remembering histories, documenting the present, and re-imagining the future; as a cluster, as a map, together these artists and artworks guide us towards an Indigenous future.

We worked with the lead artist and curator to create a collaborative approach that informed both the exhibition and design identity elements.

For the identity, aspects of the sculptures were reinterpreted graphically in different mediums as symbols and imagery. These design progressions then fed back in to the final output of the sculptures themselves, creating the dynamic of art informing design, and design informing art simultaneously.

The exhibition catalogue intensifies the sculptural forms through fluorescent silhouettes. It also carries the signature central hole of the physical forms, punched through the catalogue itself.

The campaign imagery renders 3D versions of the stars in futuristic colourways that animate and play out across posters, social media, a website and environmental graphics.

The participating stores are marked with decals shaped from dynamic crops of the sculptures. The iridescent vinyl adding to the celestial magic of the kaupapa.

Constantly shifting between a sculpture, a symbol, a colourful image render, fluorescent shapes, and ever-changing iridescent decals, Whānau Mārama acts as an ever-shifting experience that reflects both the exhibition and Matariki.