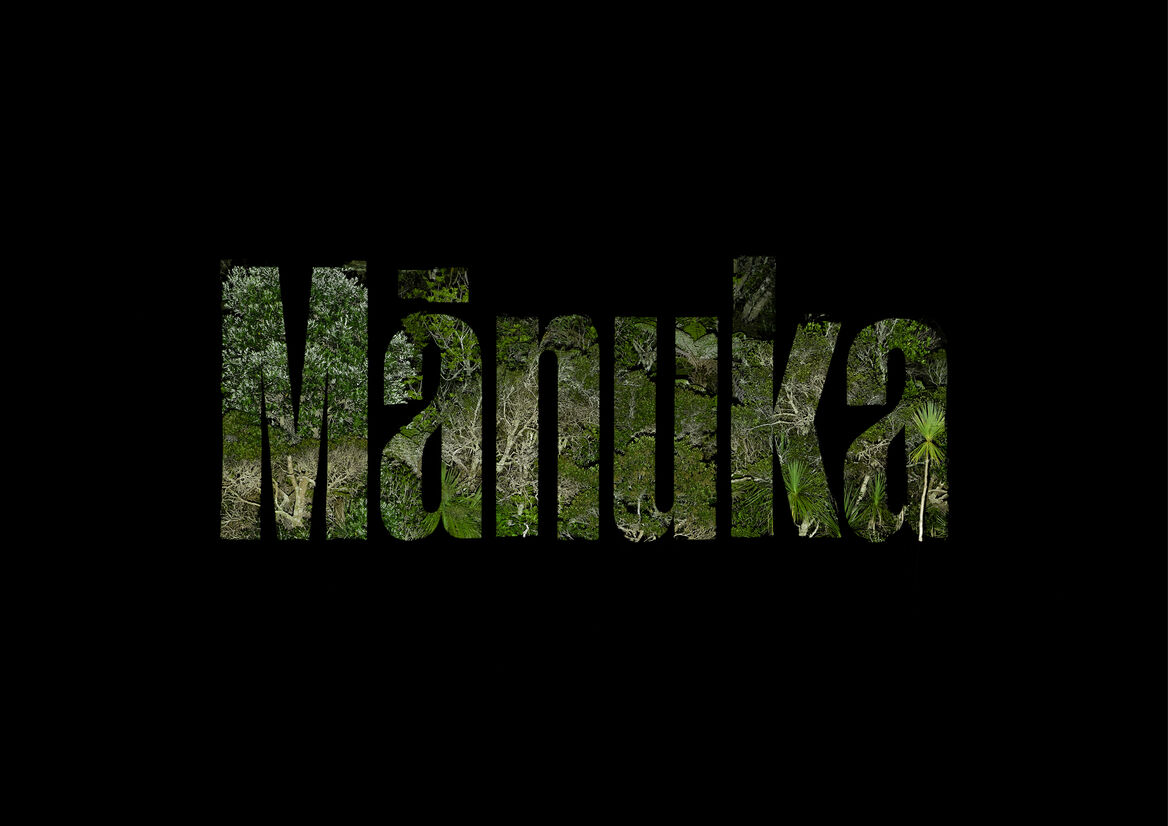 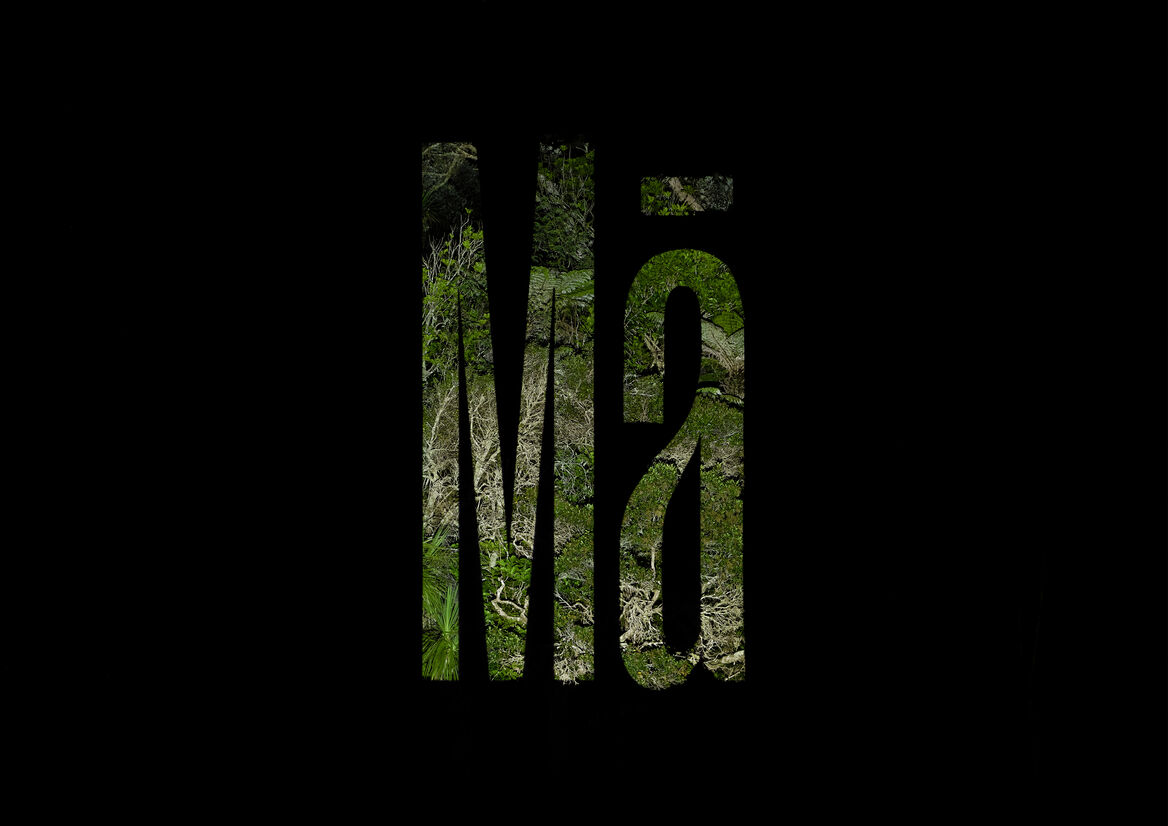 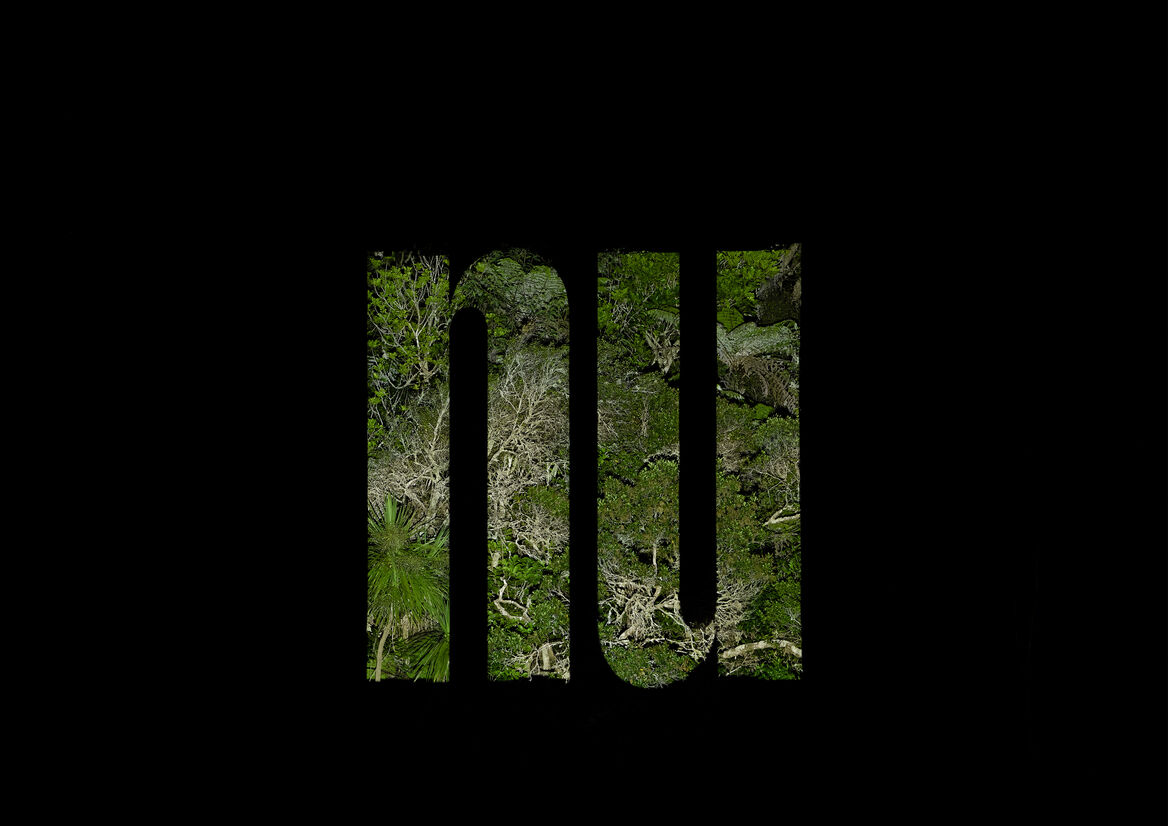 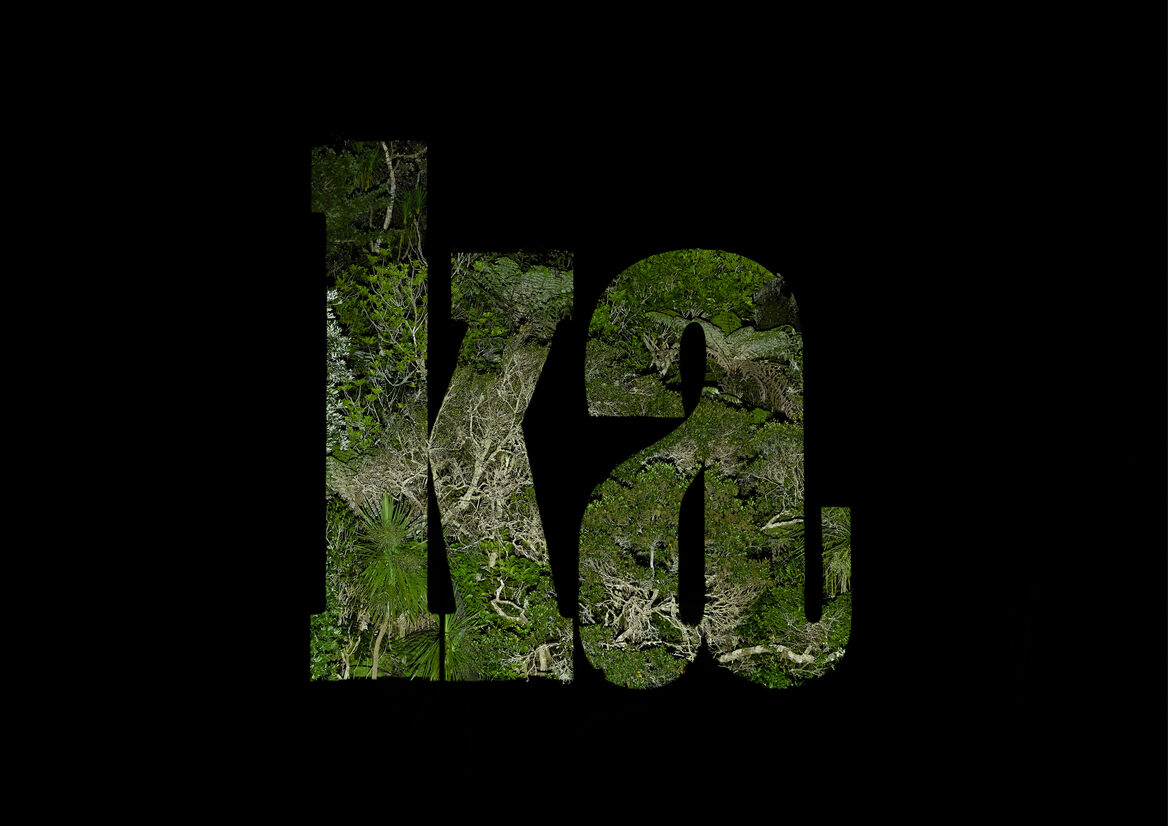 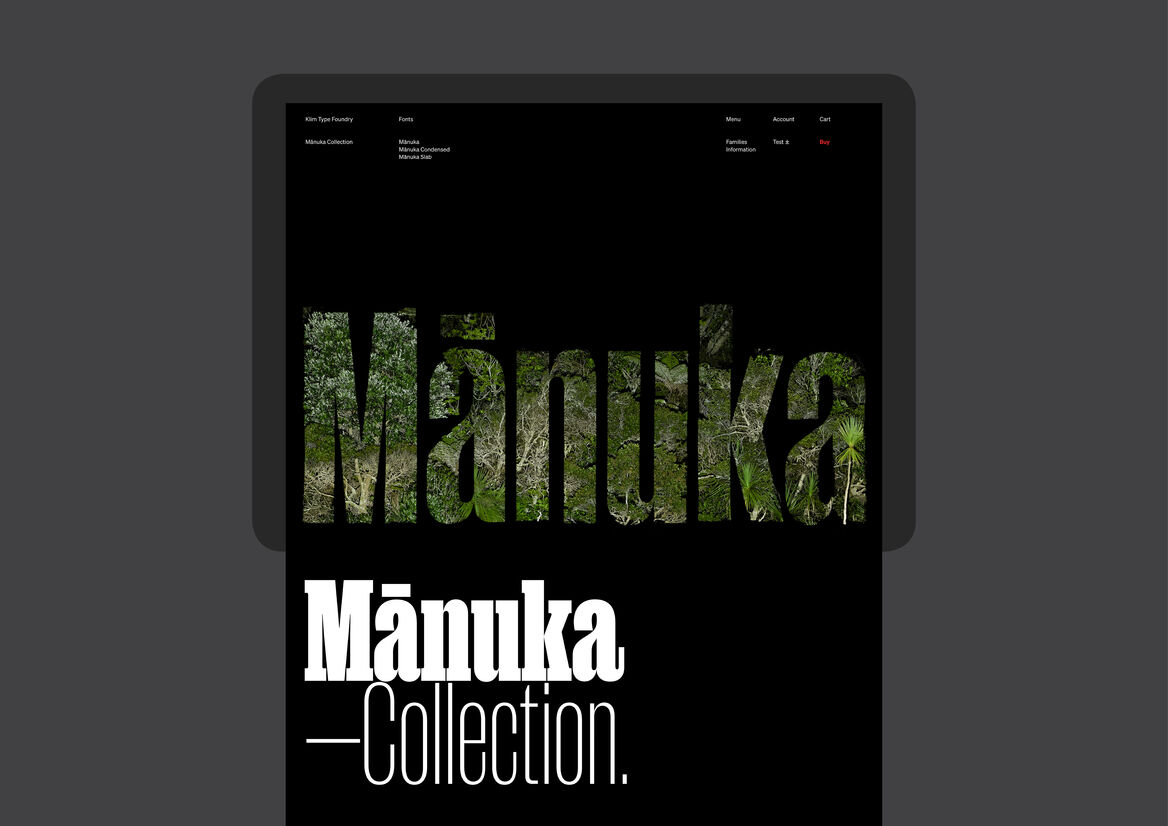 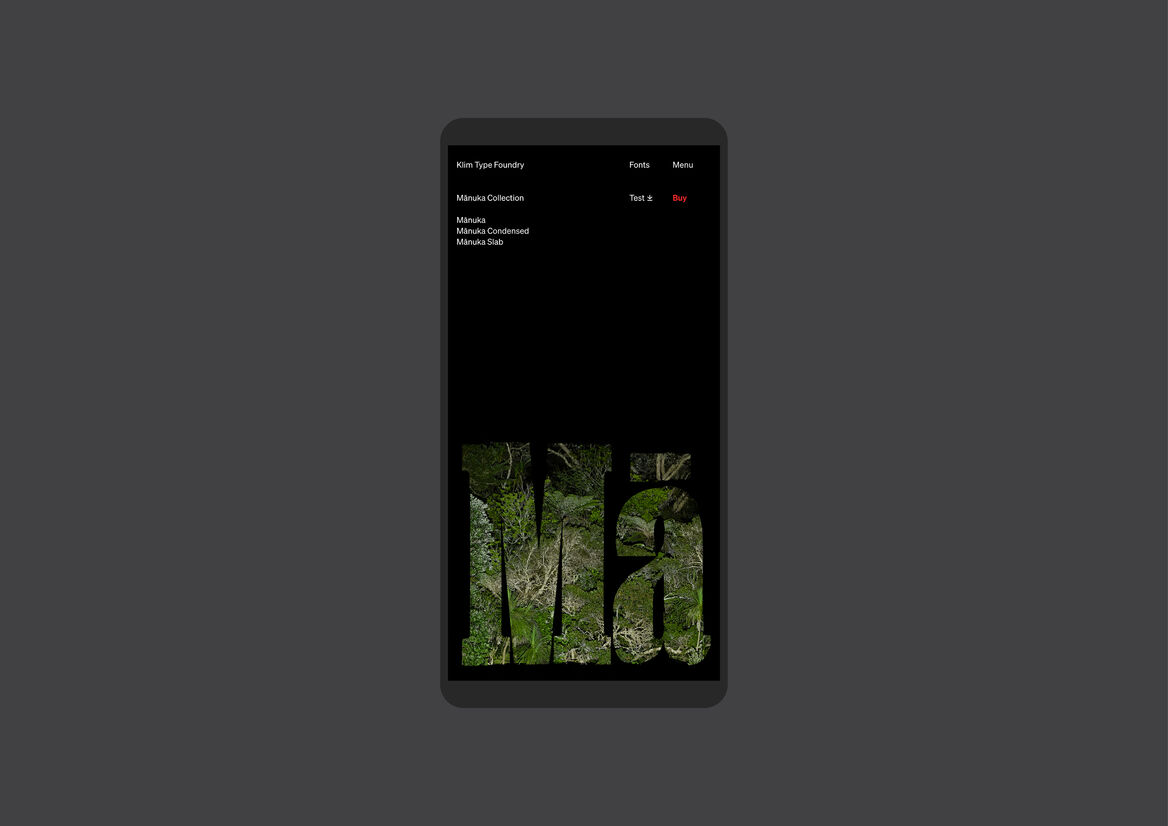 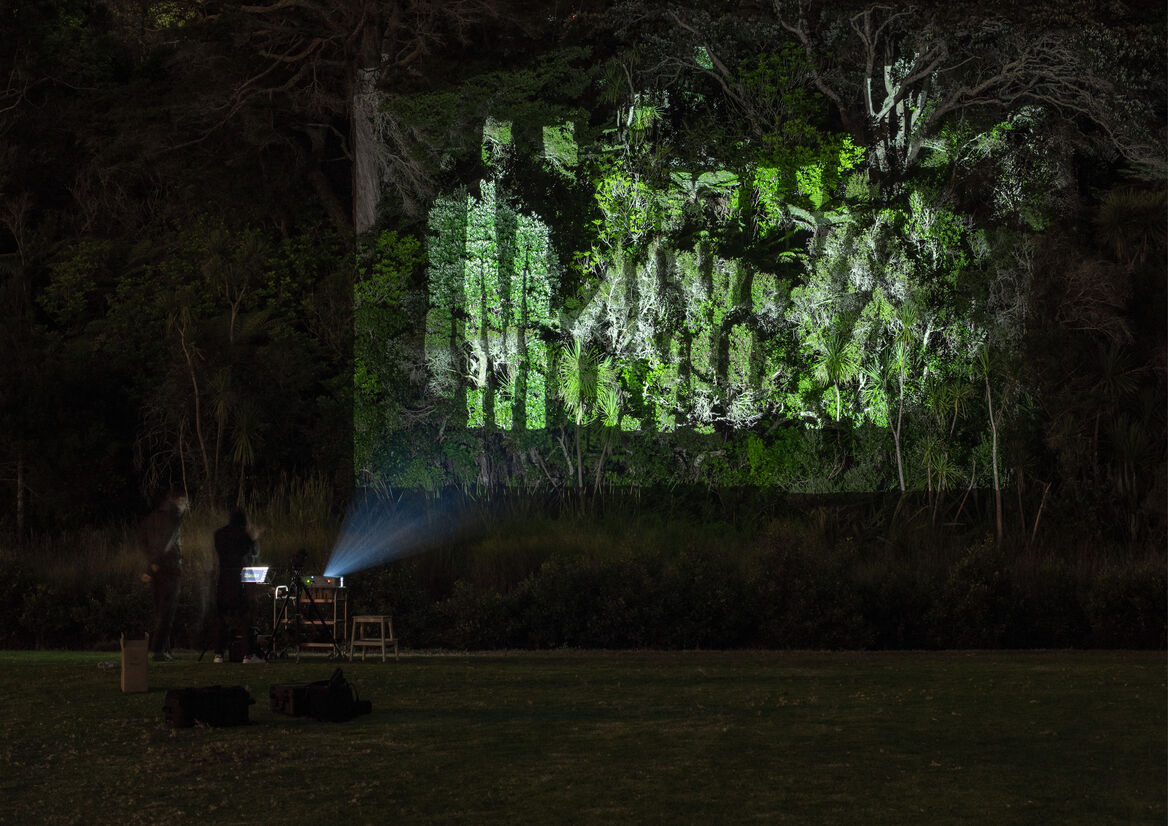 Mānuka is a typeface collection designed by Klim Type Foundry.

We were tasked with creating the launch campaign for the collection.

In familiarising ourselves with the typeface, two key themes began to reasonate with the qualities of the typeface. The first being te reo Māori, the second being native flora and fauna.

Our approach was to create an audio visual poem that used te reo Māori to take a typographic walk through a native forest.

We started with the Mānuka tree, and expanded out to build the forest walk experience. You can't talk about one tree without acknowledging the wider forest family.

Alongside various native plants, Māori onomatopoeic words for native bird calls were also introduced to the poem. Often, te reo Māori is associated with native birds, it’s a lyrical, rhythmic language and the metaphors between our manu (birds) and speech are many.

Throughout the poem, the different font weights and styles build visual relationships to different trees.

Certain parts of the poem also reference relevant whakatauki (Māori proverbs) that enforce the interconnectedness of nature and Māori culture.

The poem was brought to life by being projected at a large scale onto a wall of native bush.

The campaign videos activate the typeface and poem through mesmerising movements of trees dancing in the wind.

The campaign photographs captures the essence of our native forest qualities within the forms of the typeface.

These assets were rolled out across social media, web and print applications.

The result being not just a type specimen, but also a native species specimen, and a native language specimen.