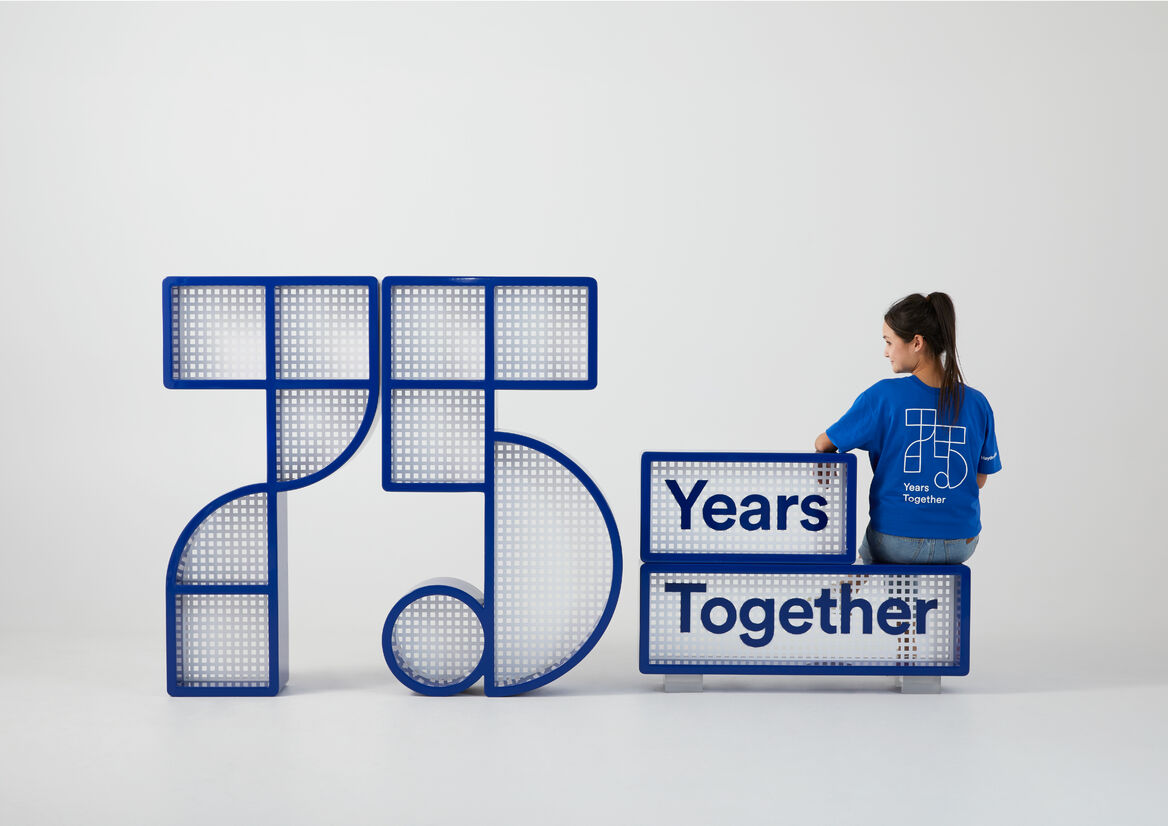 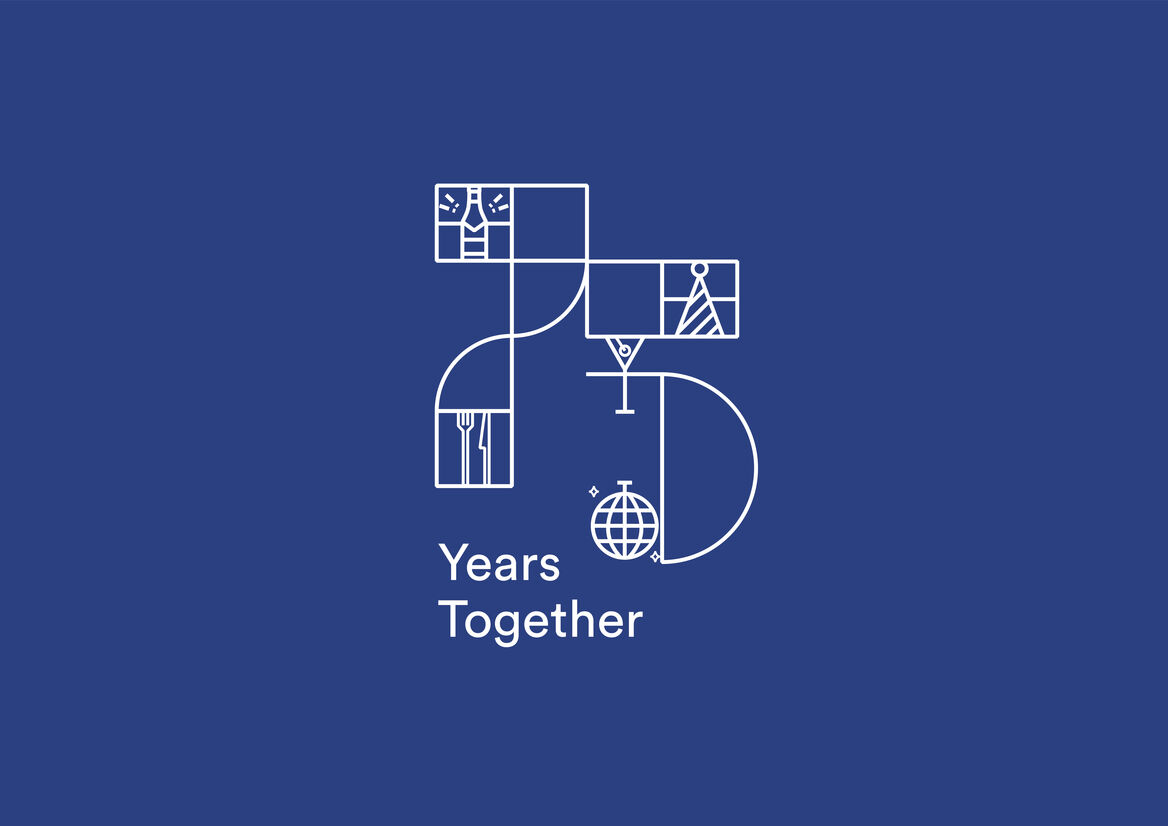 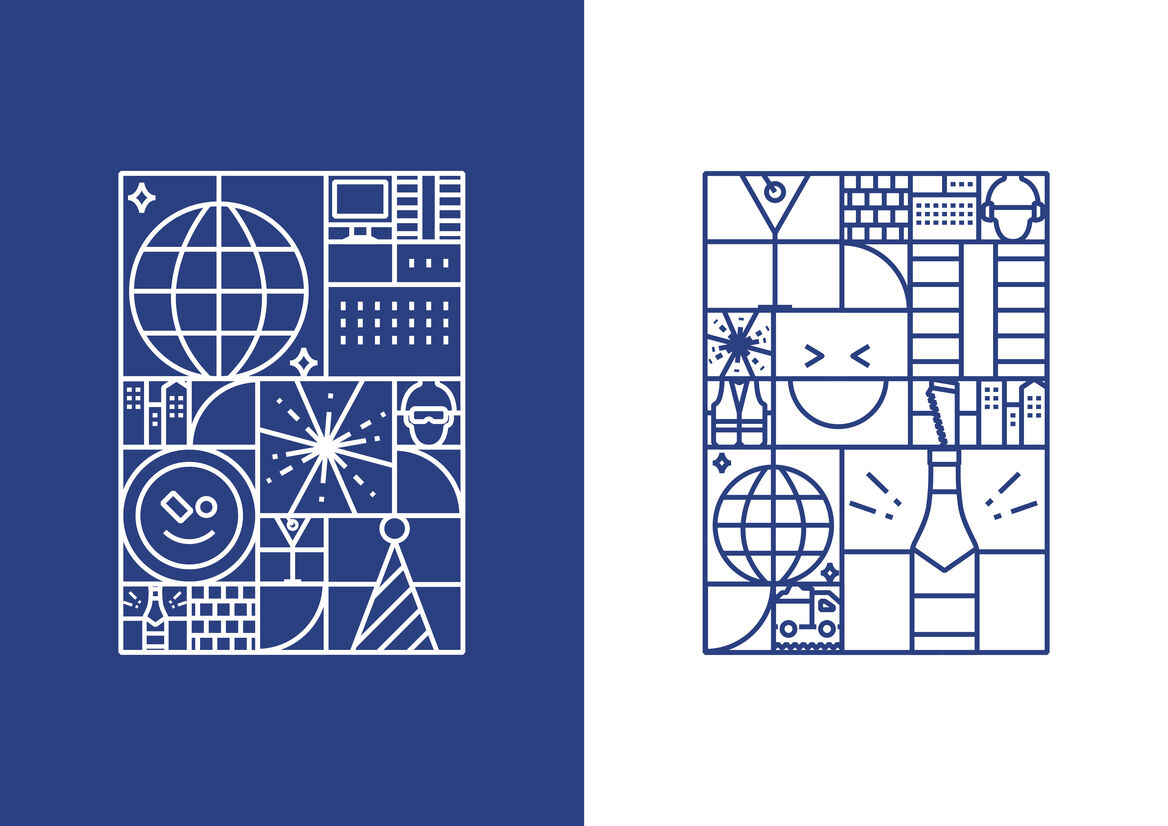 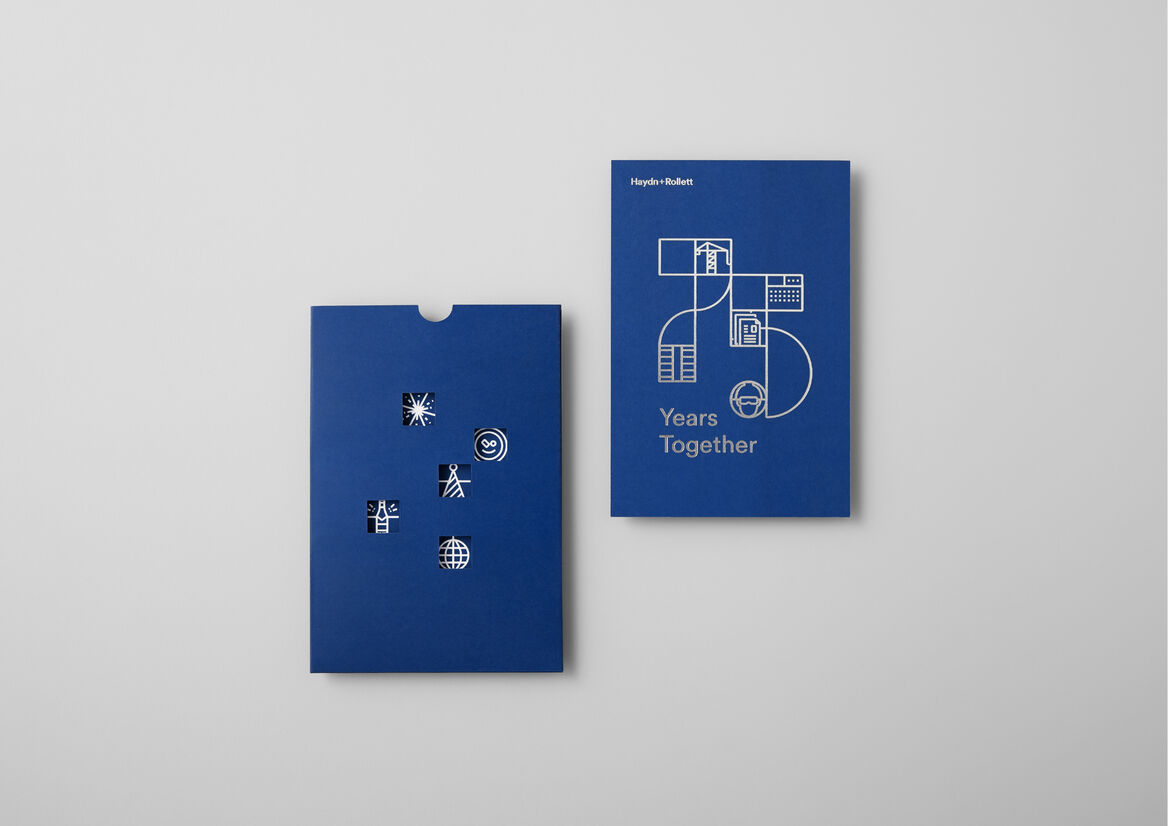 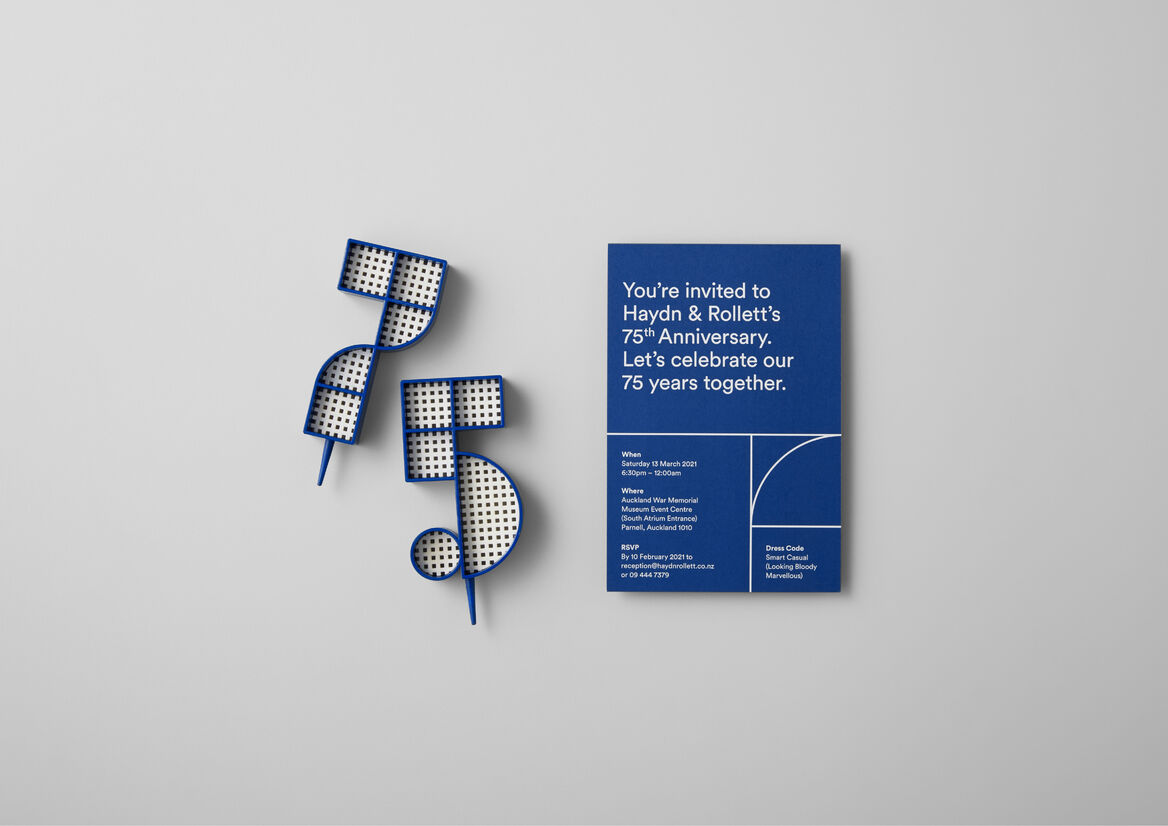 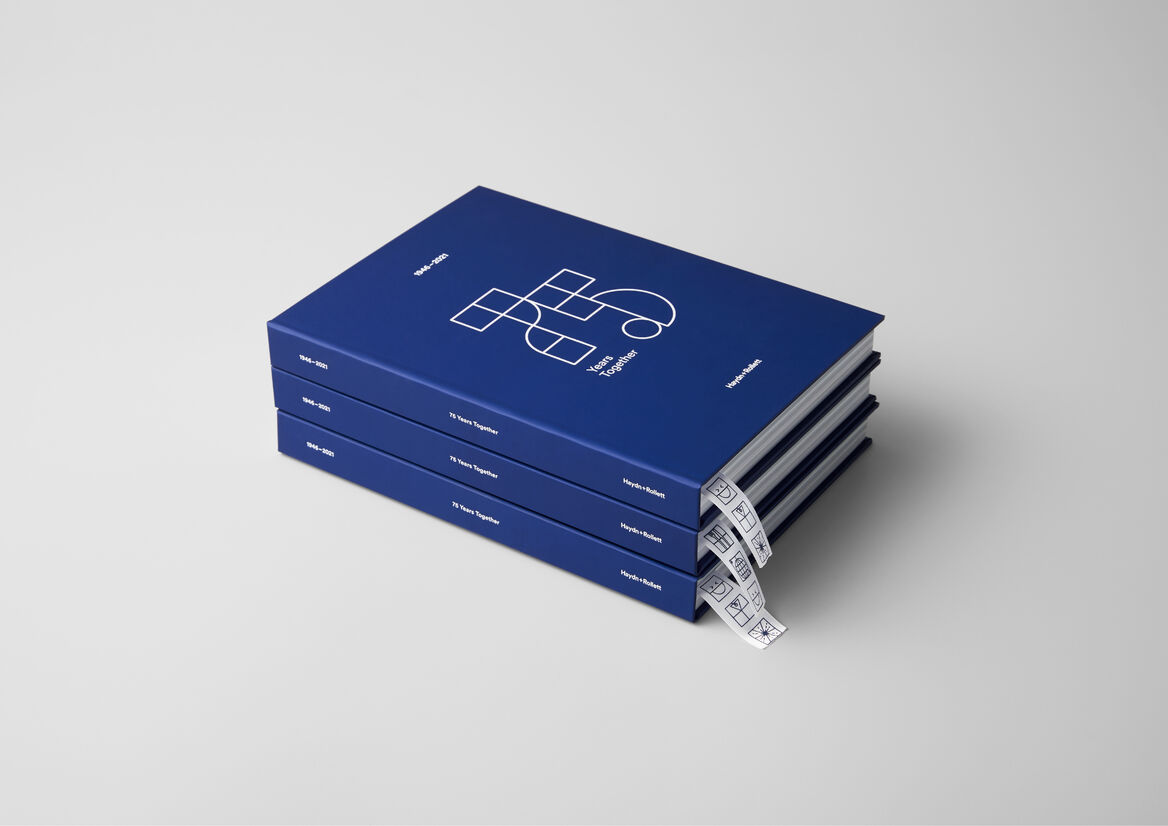 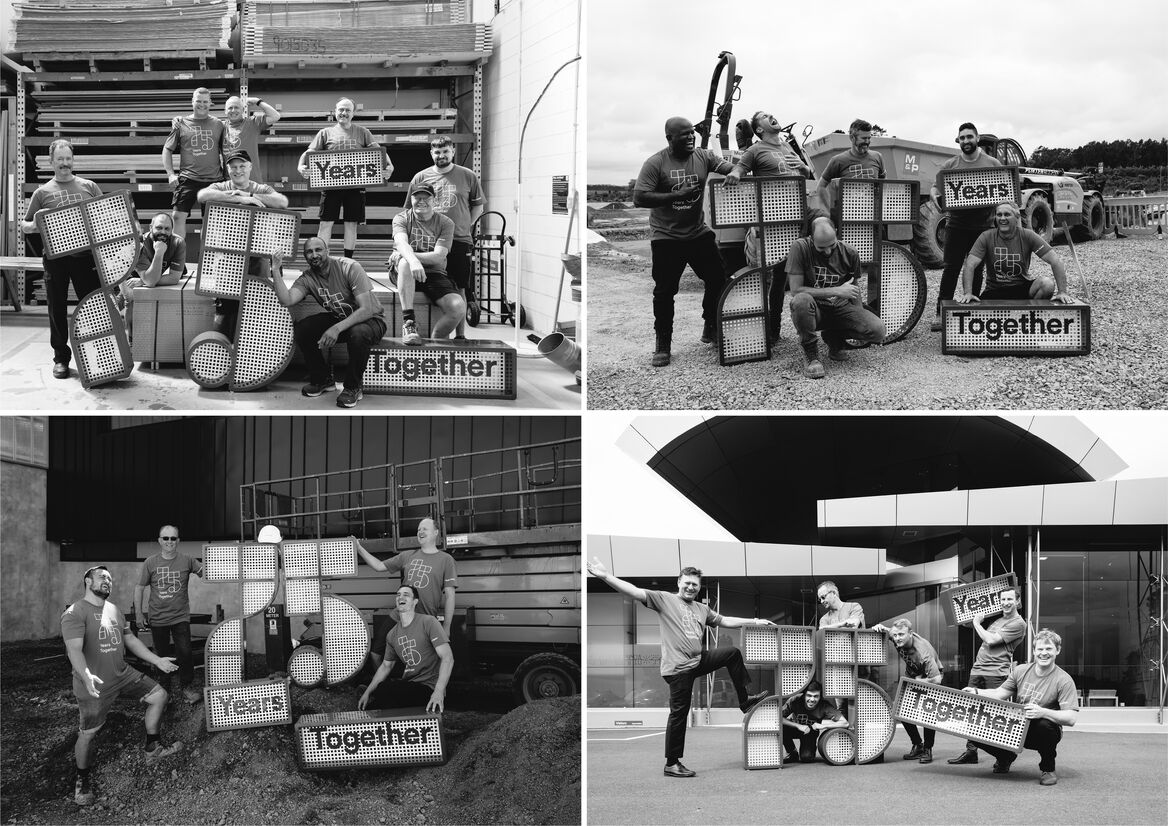 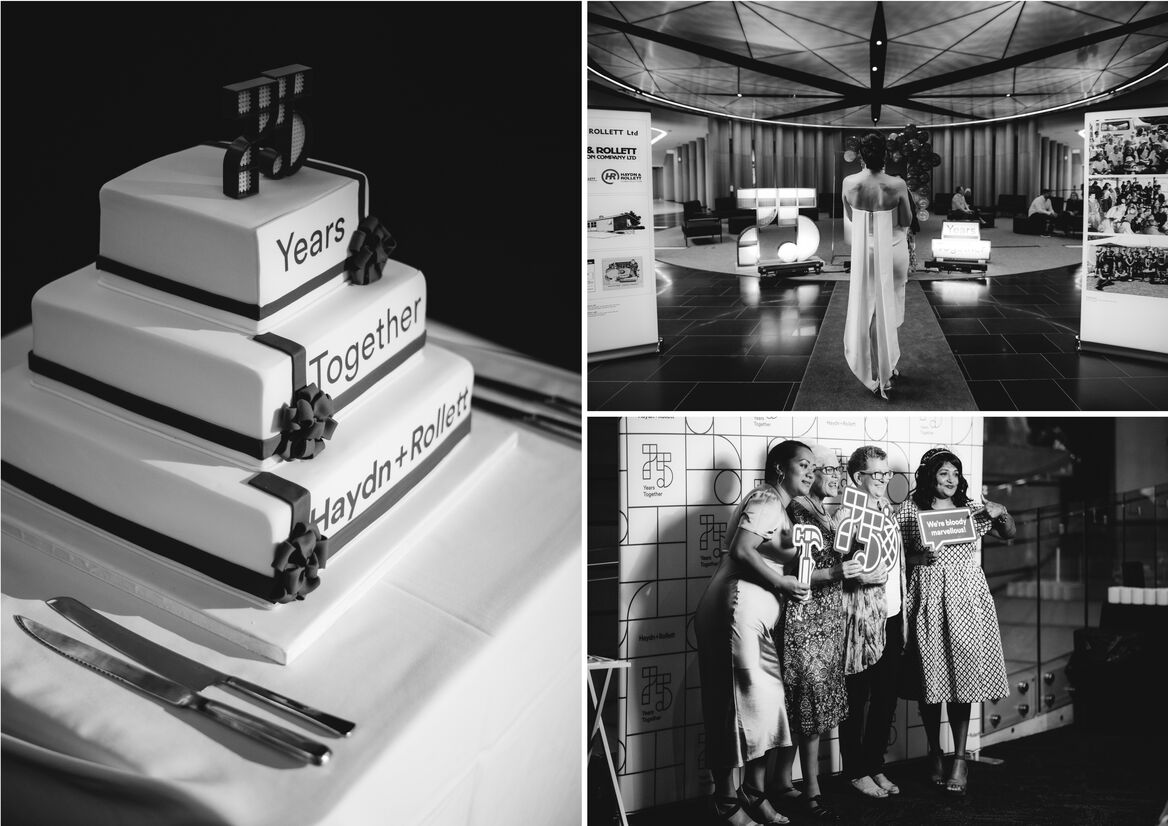 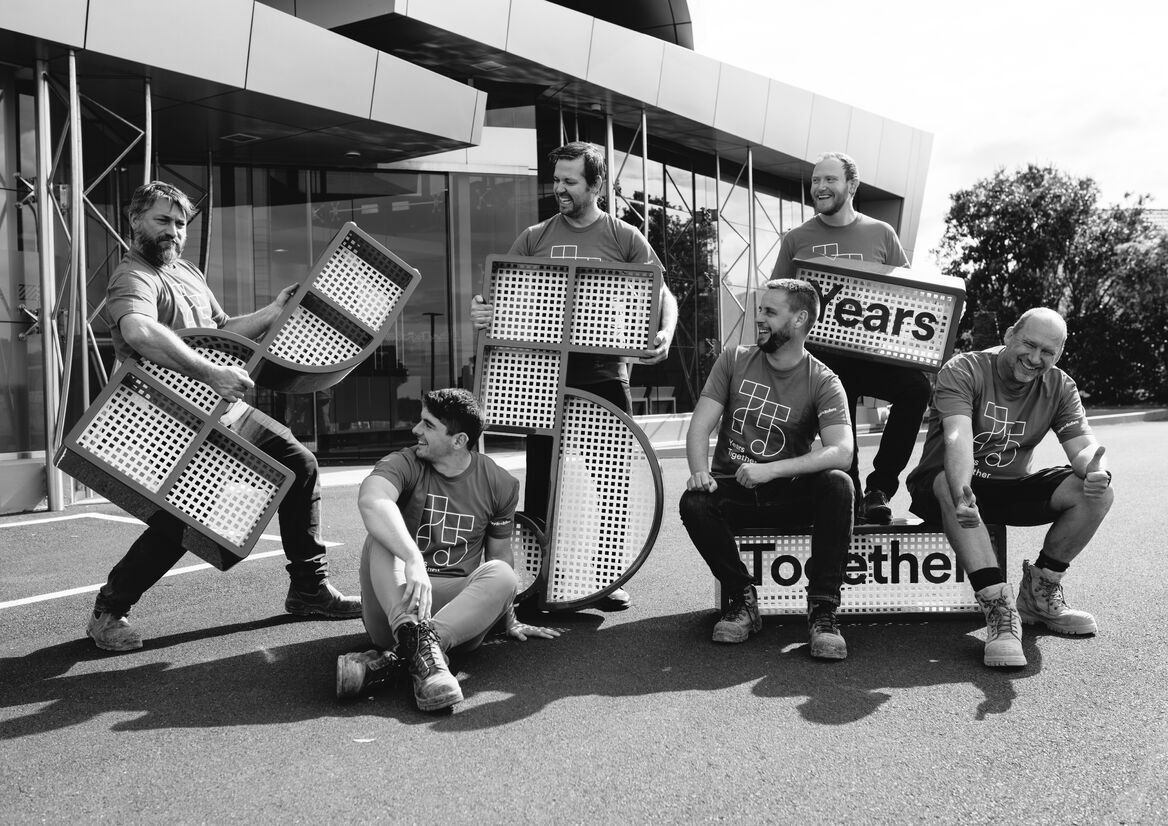 Haydn & Rollett celebrated their 75th anniversary this year, in 2021. From humble beginnings, they now work across commercial, industrial, retail and residential construction projects all around New Zealand designing the fabric of our built environments. As part of their anniversary, Haydn & Rollett asked us to develop a central guiding theme and identity to celebrate their history, team and all their accomplishments over the years.

Haydn & Rollett is a rare example of a company that truly lives their brand essence “Excellence Together”, which we developed as part of their brand identity six years ago. As it is such a well-lived brand essence so firmly entrenched in the culture of the company, the theme, “75 Years Together” emphasises the historically collective nature of how Haydn & Rollett works.

To execute the theme, we created an ancillary visual identity for Haydn & Rollet’s 75th Anniversary celebrations; elegant yet jubilant, whilst retaining the company’s distinctive brand. Paying heed to the construction industry, we leveraged the concept of building blocks and scaffolding to create a “75 Years Together” logo lockup that builds upon Haydn & Rollett’s existing visual identity. It also acts as a grid system for the 75th Anniversary’s collateral. We then designed a large-scale physical fabrication of this lockup, which was taken to the Haydn & Rollett offices and various job sites so that it could be photographed alongside their teams in the field.

Continuing the supplementation of Haydn & Rollett’s existing visual identity, we designed and animated an extended icon set that depicts celebratory themes; dine, party, dance and celebrate. This lively icon set was used in Haydn & Rollett’s print and digital invitations, throughout their 75th Anniversary collateral, expanding on the brand’s visual language whilst continuing to play with the visual metaphor of building blocks and scaffolding.

The result is an 75th Anniversary brand identity that balances Haydn & Rollett’s DNA of fastidious workmanship, Excellence Together and encapsulates a triumphant celebration of their history, growth, people and work from 1946 to the present.

Ultimately, this project represents much more than the sum of its parts. It isn’t simply an anniversary identity. It’s a celebration of the people who are and always will be part of Haydn & Rollett. Cheers to the years gone by and the years to come!