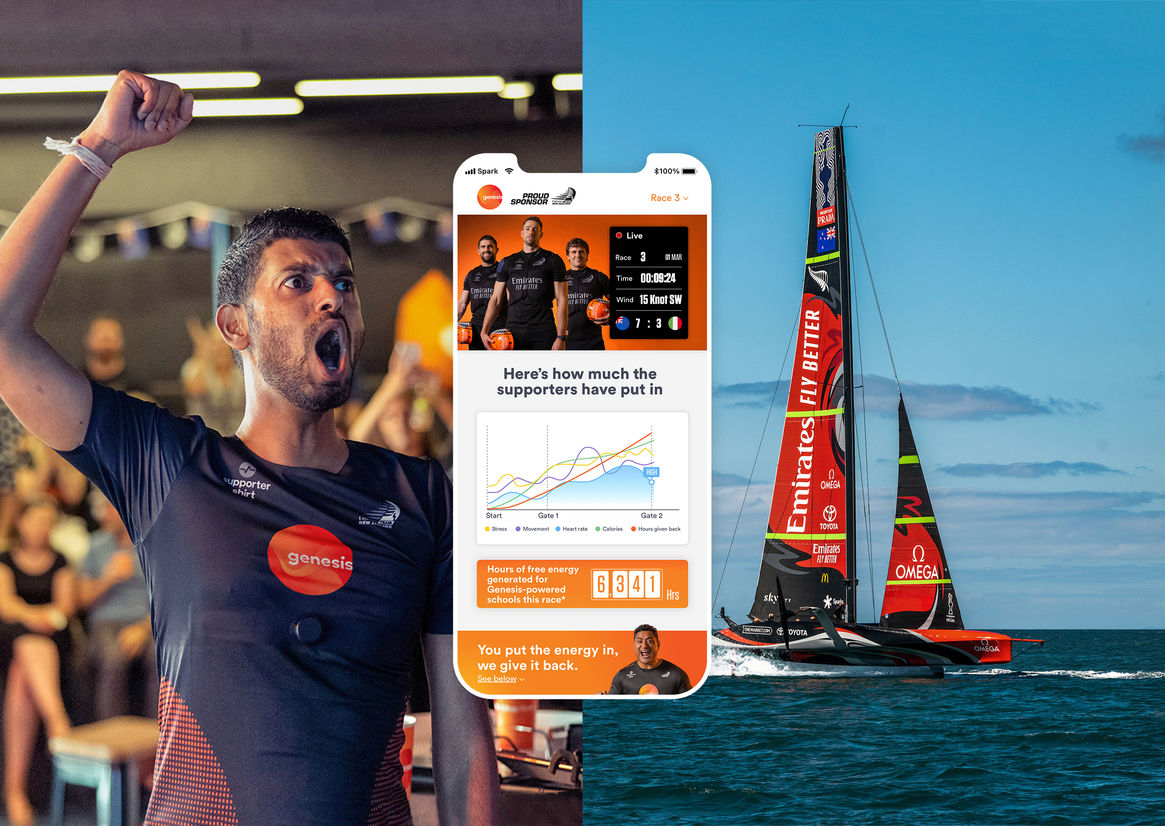 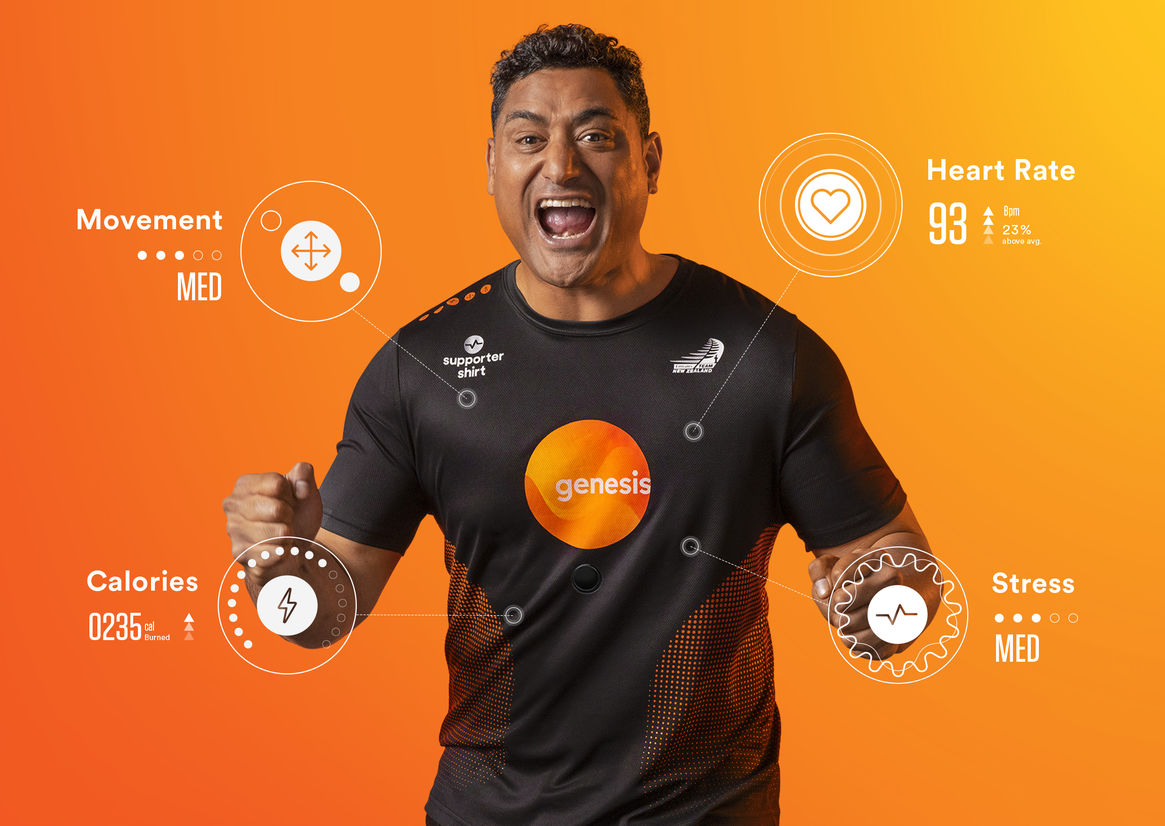 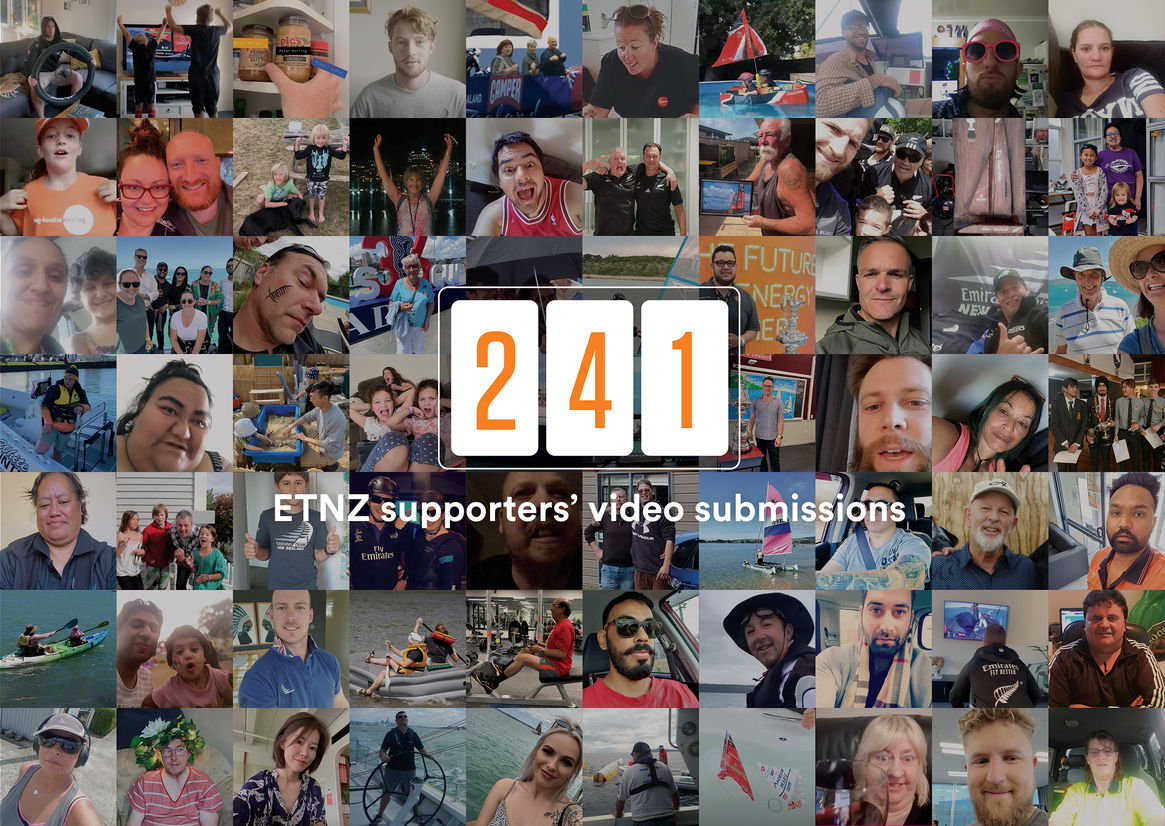 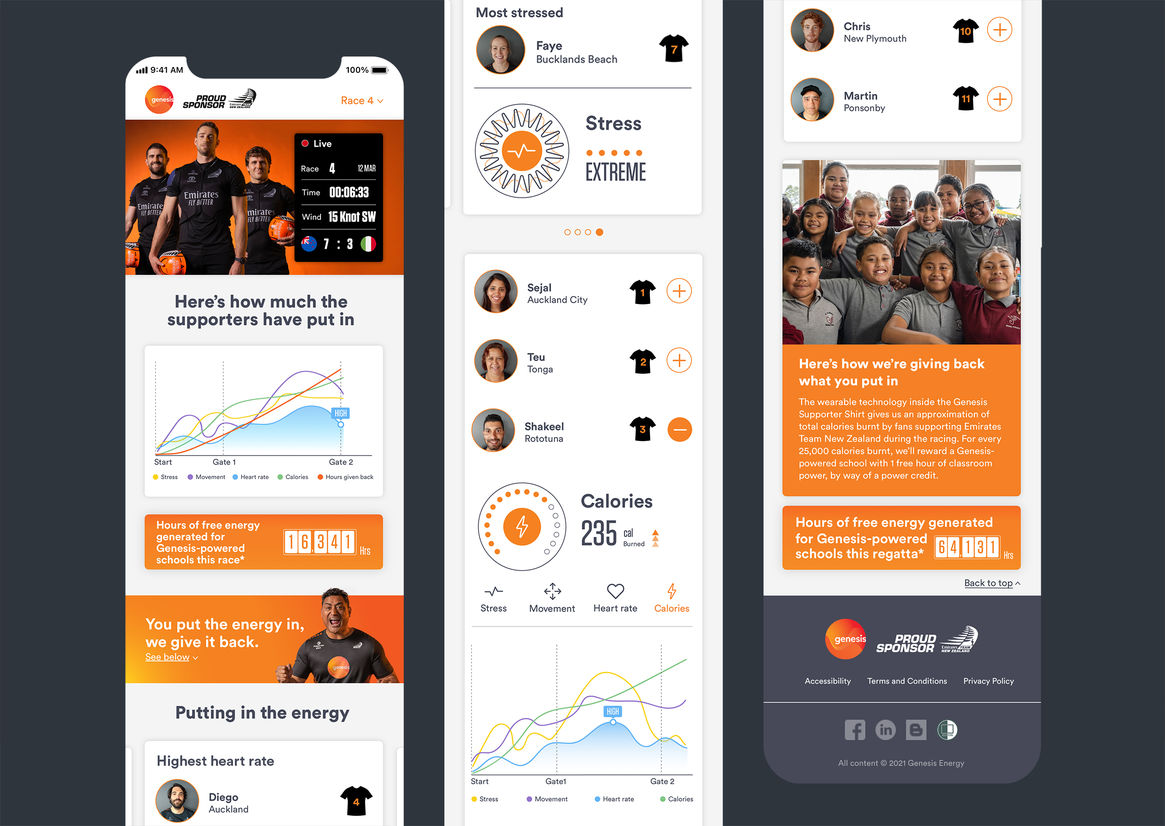 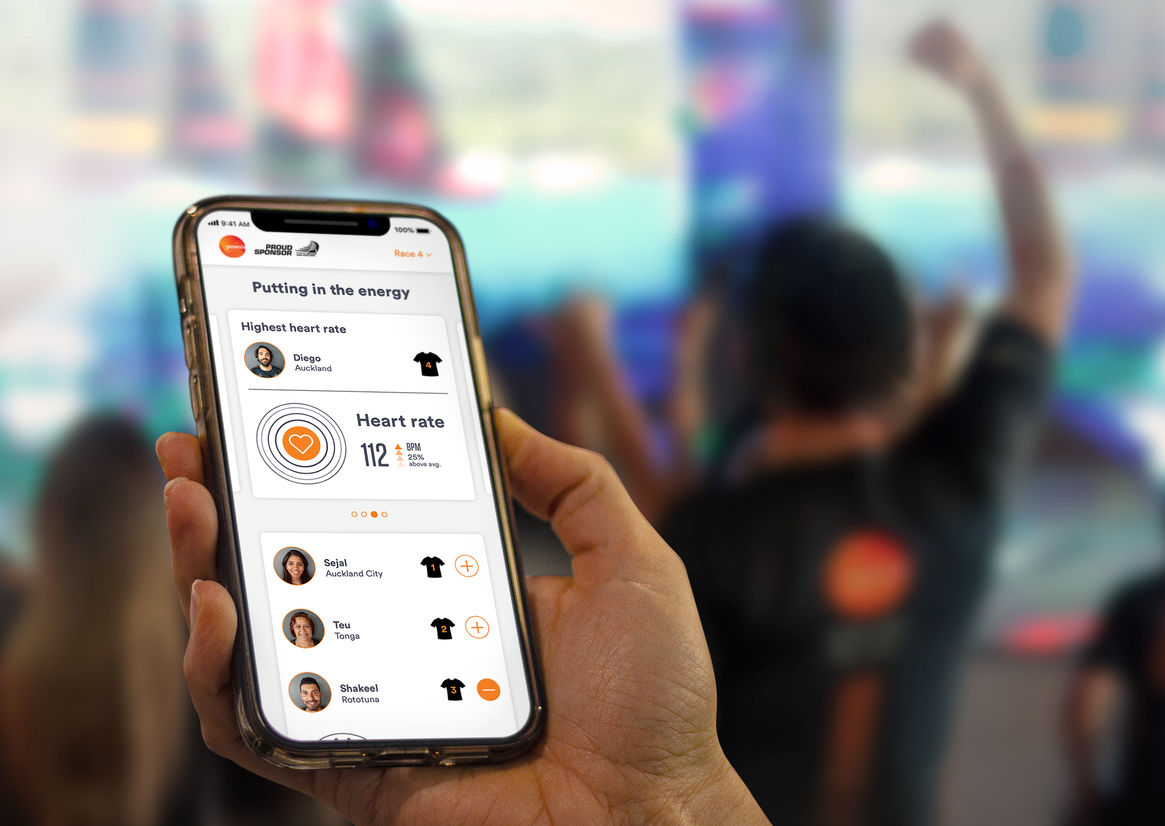 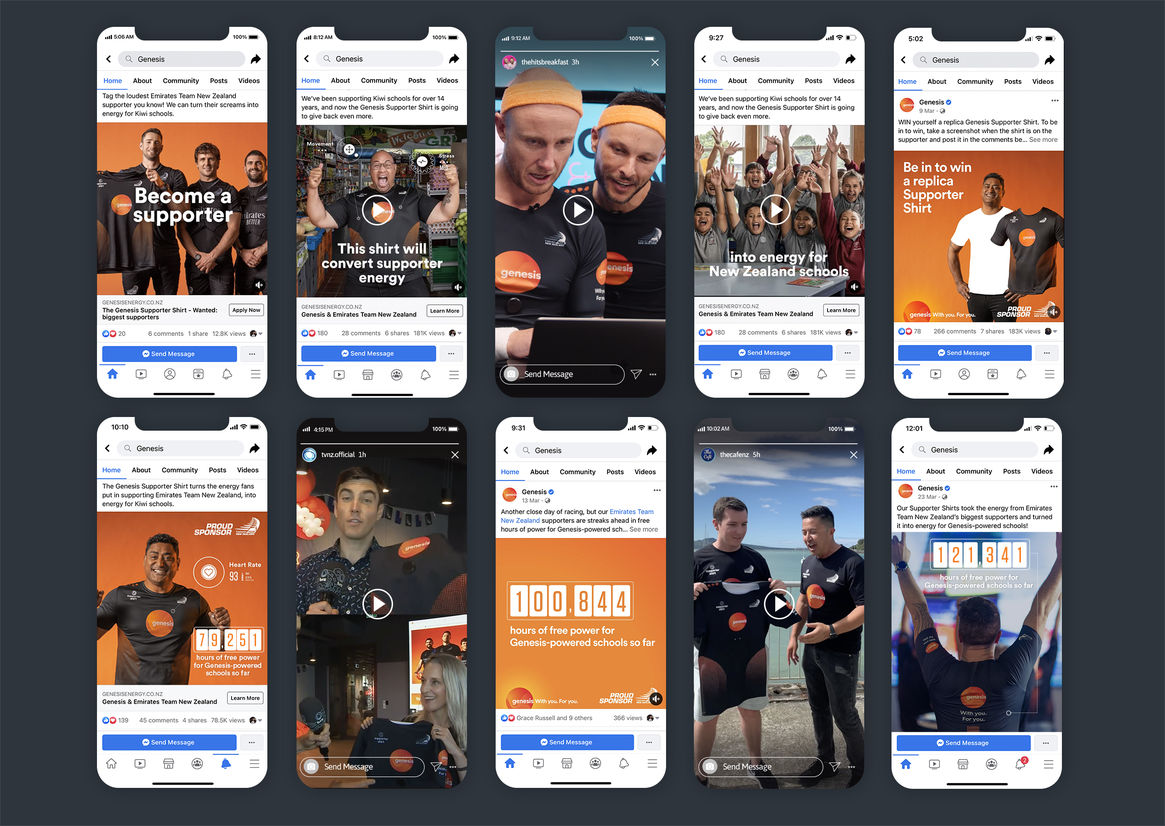 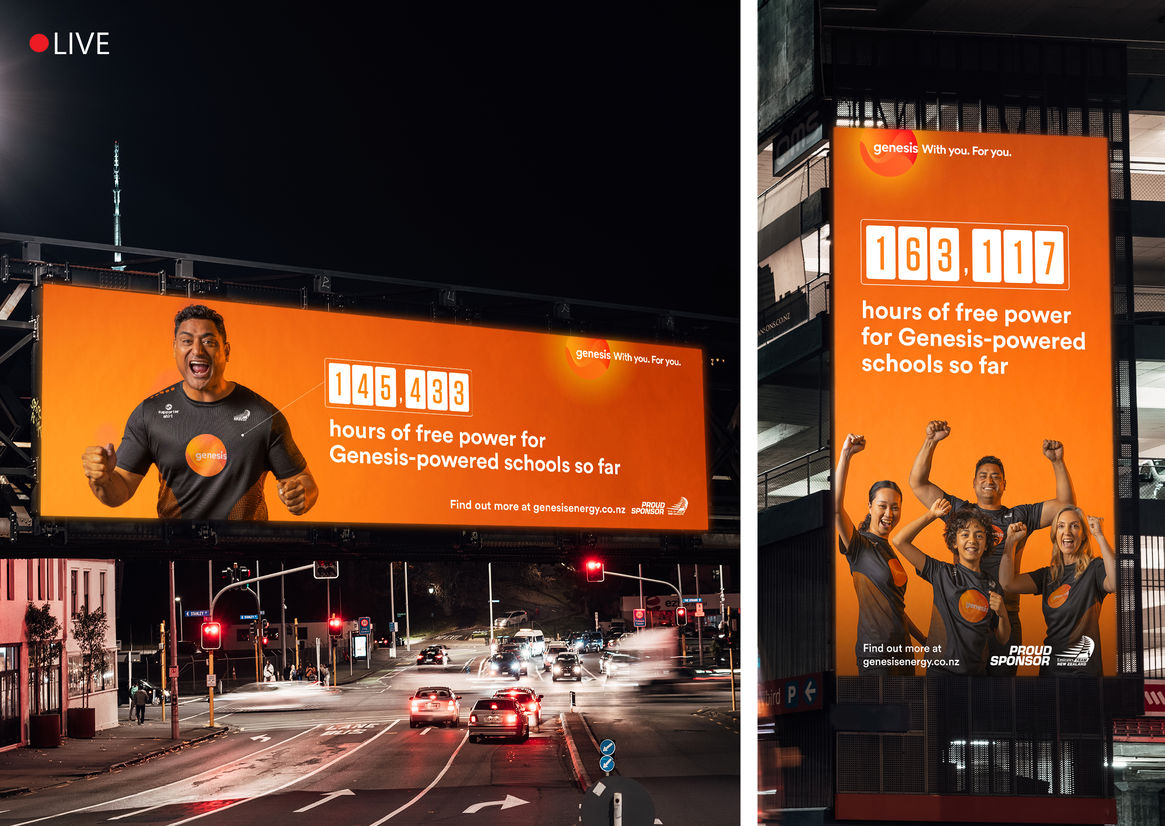 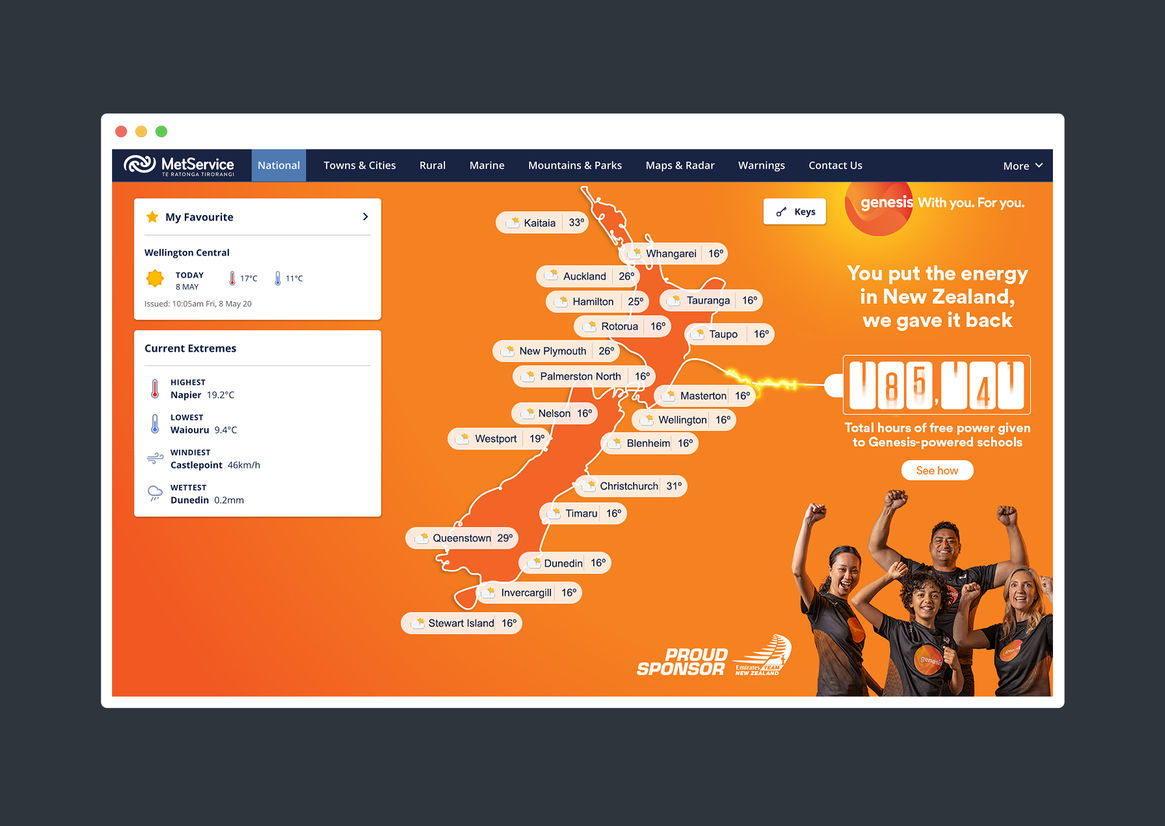 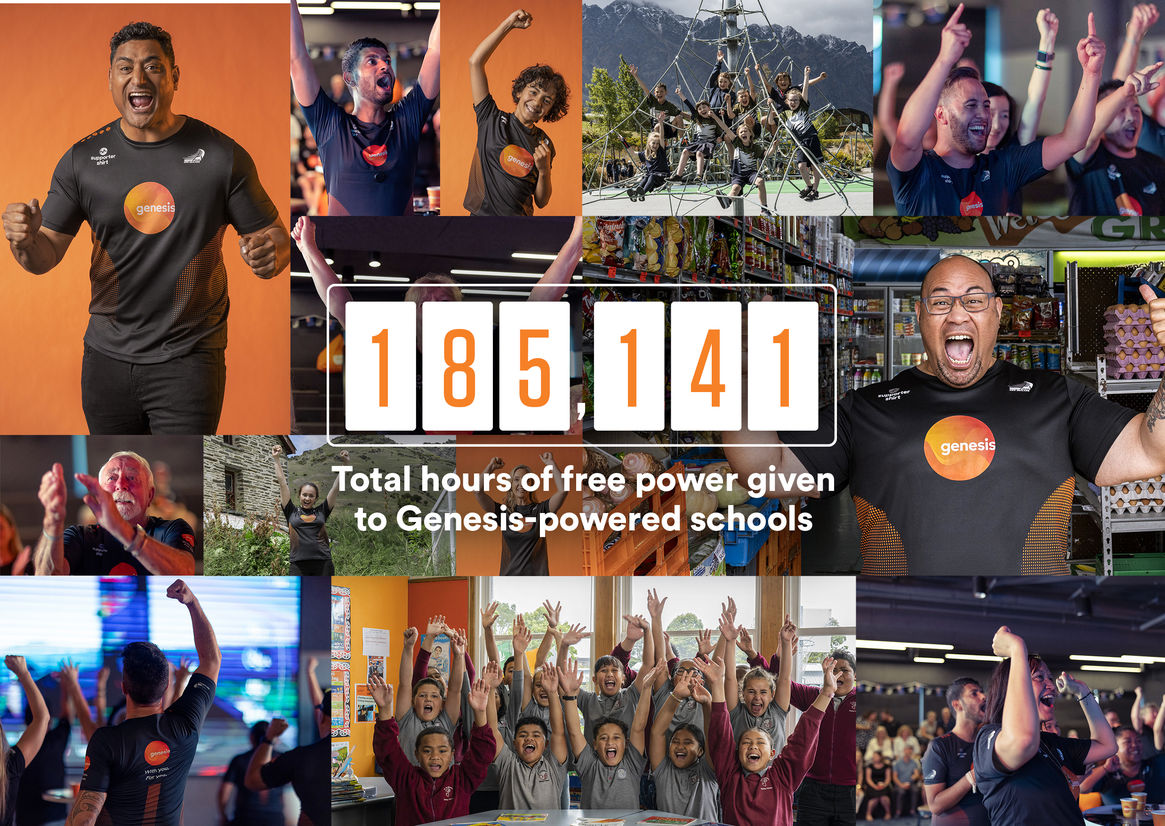 Kiwis are known for really getting behind their sports, be it the All Blacks, Silver Ferns, or just the local gumboot throwing competition. So, when it came to the 36th America’s Cup, New Zealand’s leading power company asked an interesting question: Just how much energy do the nation’s fans put in supporting Emirates Team New Zealand?

To find out we created the Genesis Supporter Shirt; wearable technology that captured the energy the fans put into supporting the team and converted into free hours of power for Genesis-powered schools across the country.

We created a digital platform which allowed for live access for key analytics and metrics of each supporter during each race.

The dynamic iconography and clean user interface allowed for ease of use and individual tracking of each supporter. A final summary depicted on the dashboard, displayed the total hours generated of free energy, at the completion of each event.

Anchoring this multi-channel campaign was a site experience that:

• Converted the supporter energy of the nation into hours of free energy for Genesis powered schools.

• Displayed the stress, movement, calories burnt and heart rate of the supporters wearing the shirt, all in real-time.

• This information was also projected onto digital display as part of a series of live billboards seen around Auckland, showing live updates on the amount of free power generated by the supporters during every race.

The digital activity played a key part in the core objectives for the campaign to position Genesis as a market leader and innovator, alongside Emirates Team New Zealand. During the campaign brand love reached 63%, with sharing and talking about our campaign almost doubling their targets with 29% and 19% respectively.

The Supporter Shirt was worn by Jesse Tuke (team member Blair Tuke’s brother) as he reported for TV One out on the water. Jono and Ben (The Hits radio) did their best to fool the Supporter Shirt technology with a series of laugh along workout videos.
The shirt appeared across every major news outlet, with supporters generating a massive 185,141 hours of free power to give back to Genesis-powered schools.

It became the most successful campaign in the history of Genesis, and to top it off, Emirates Team New Zealand won.