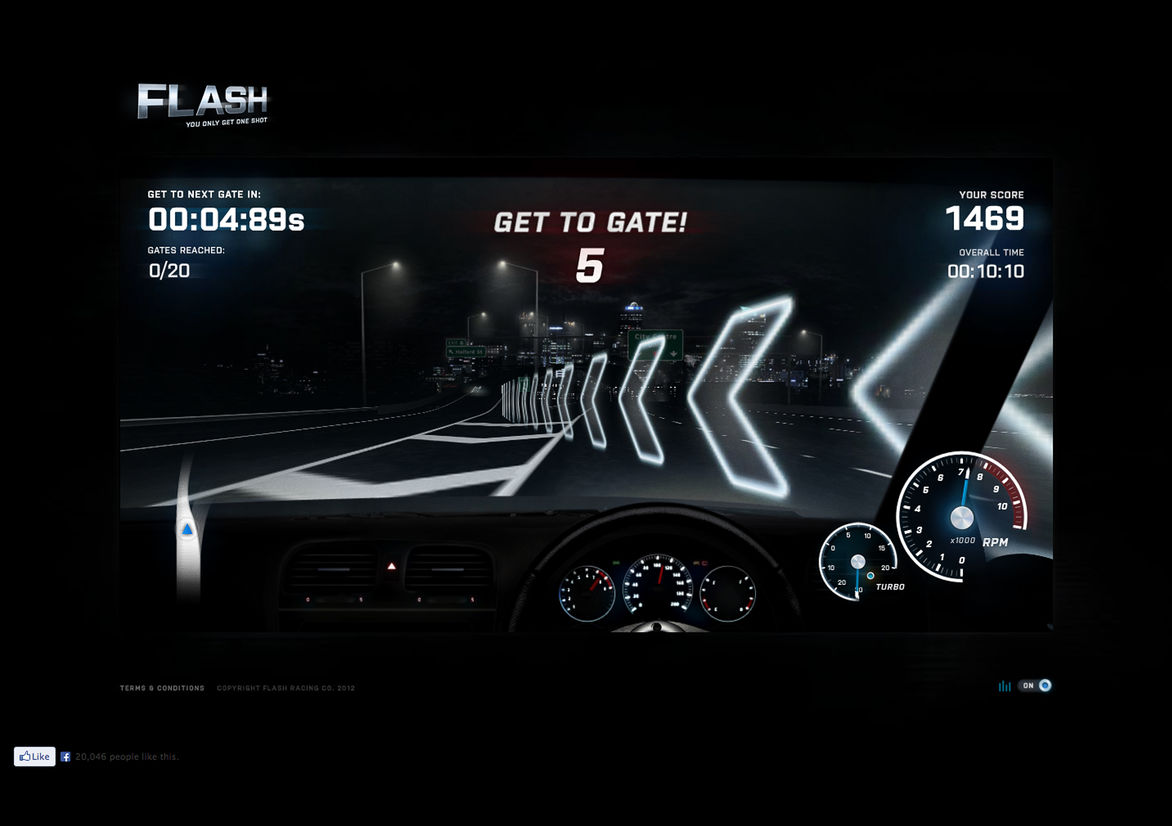 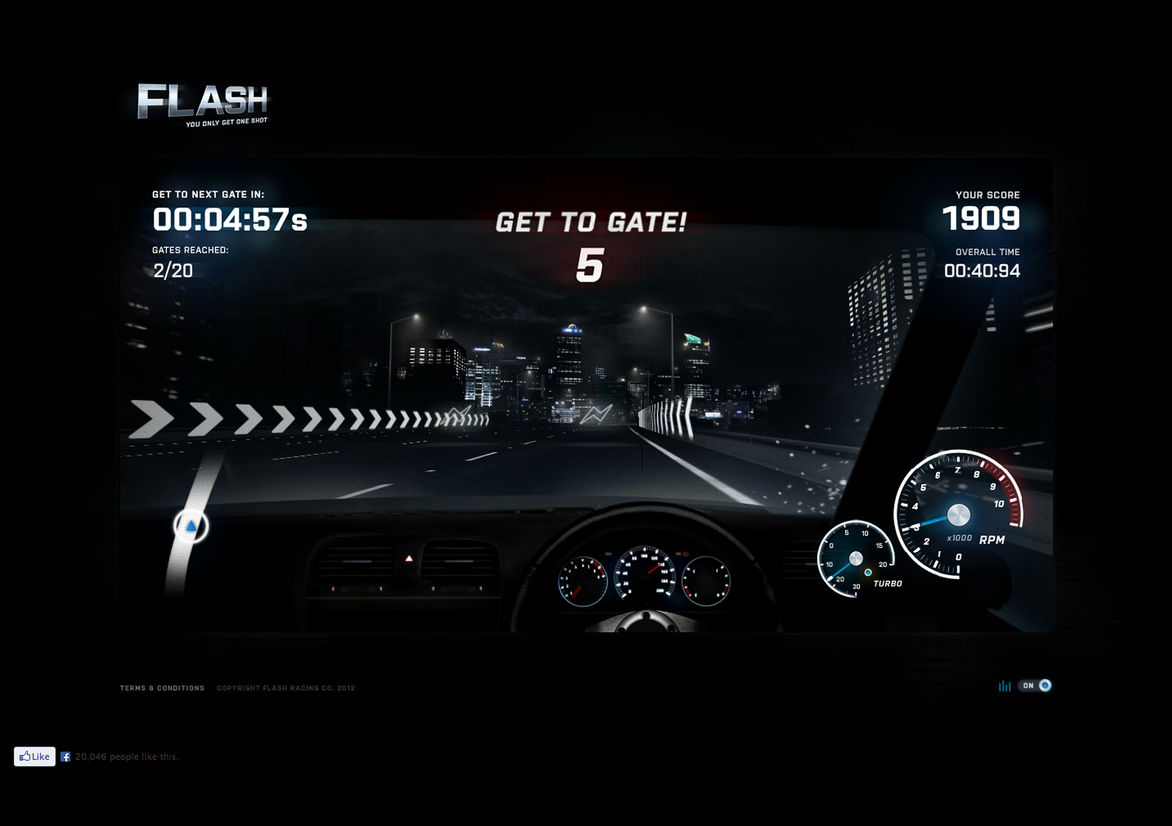 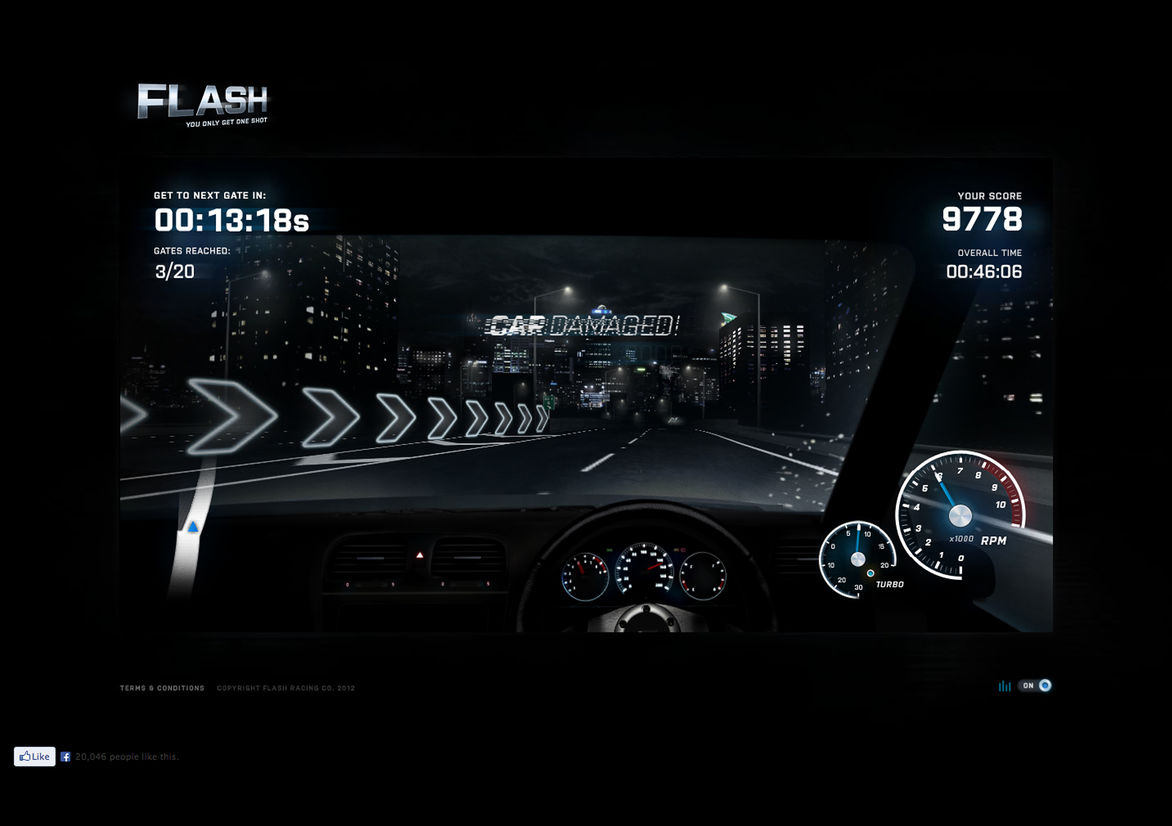 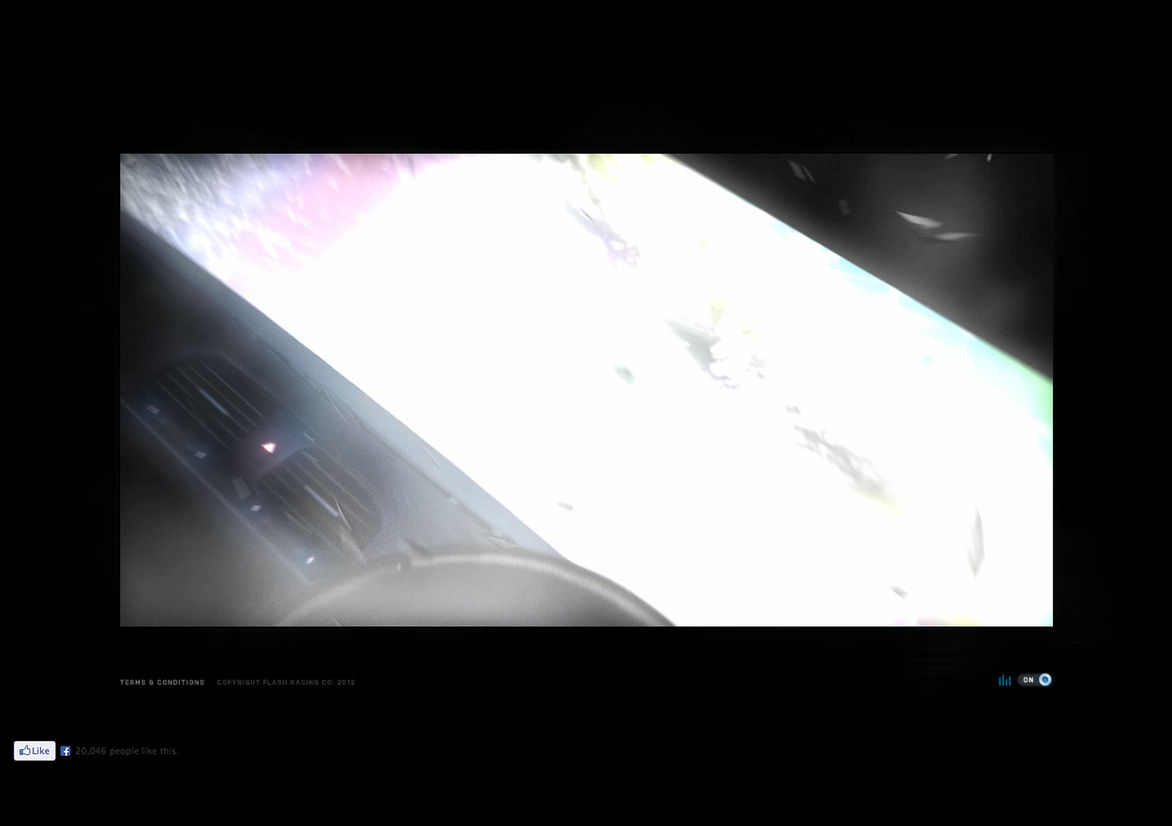 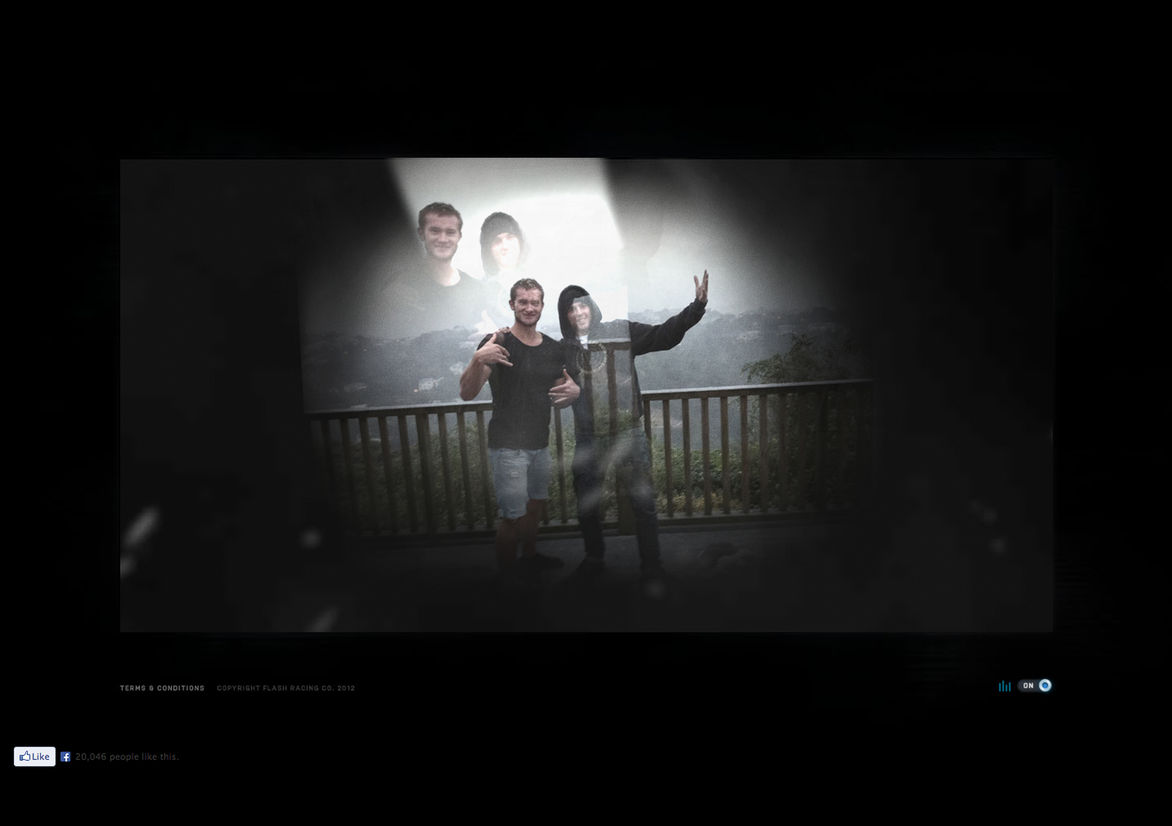 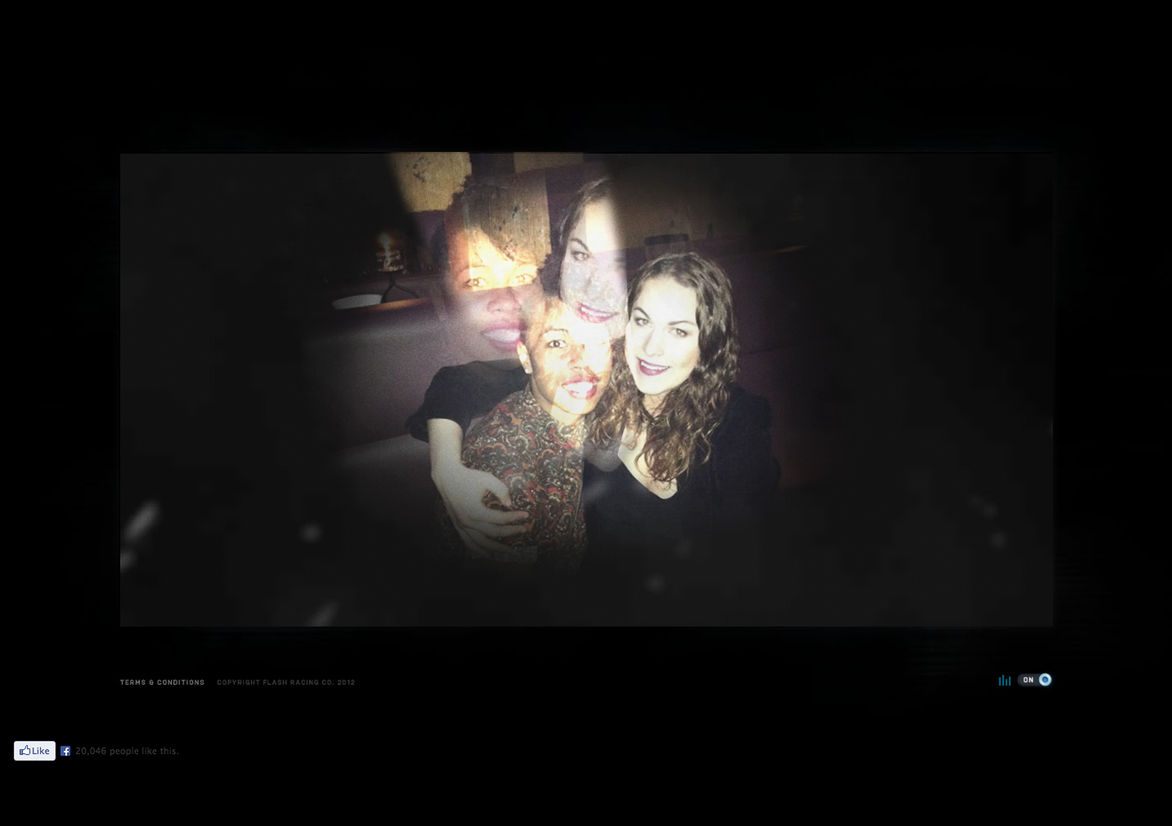 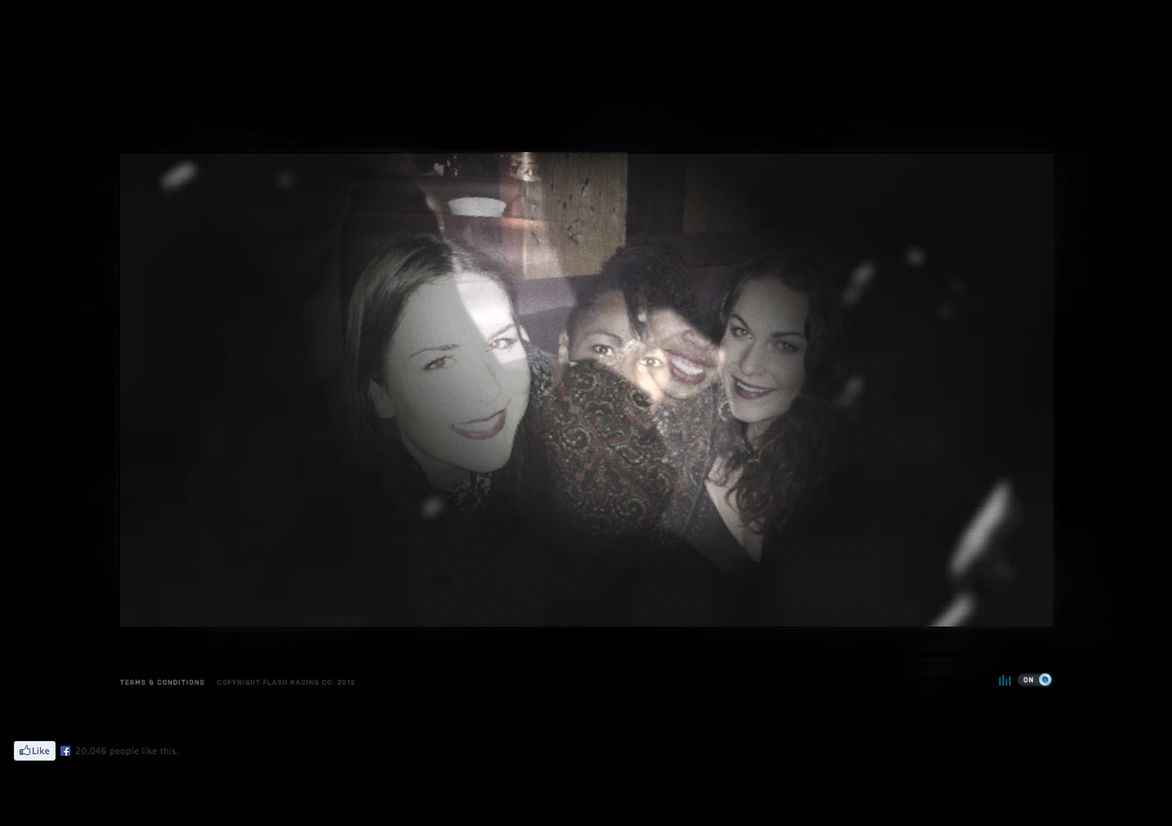 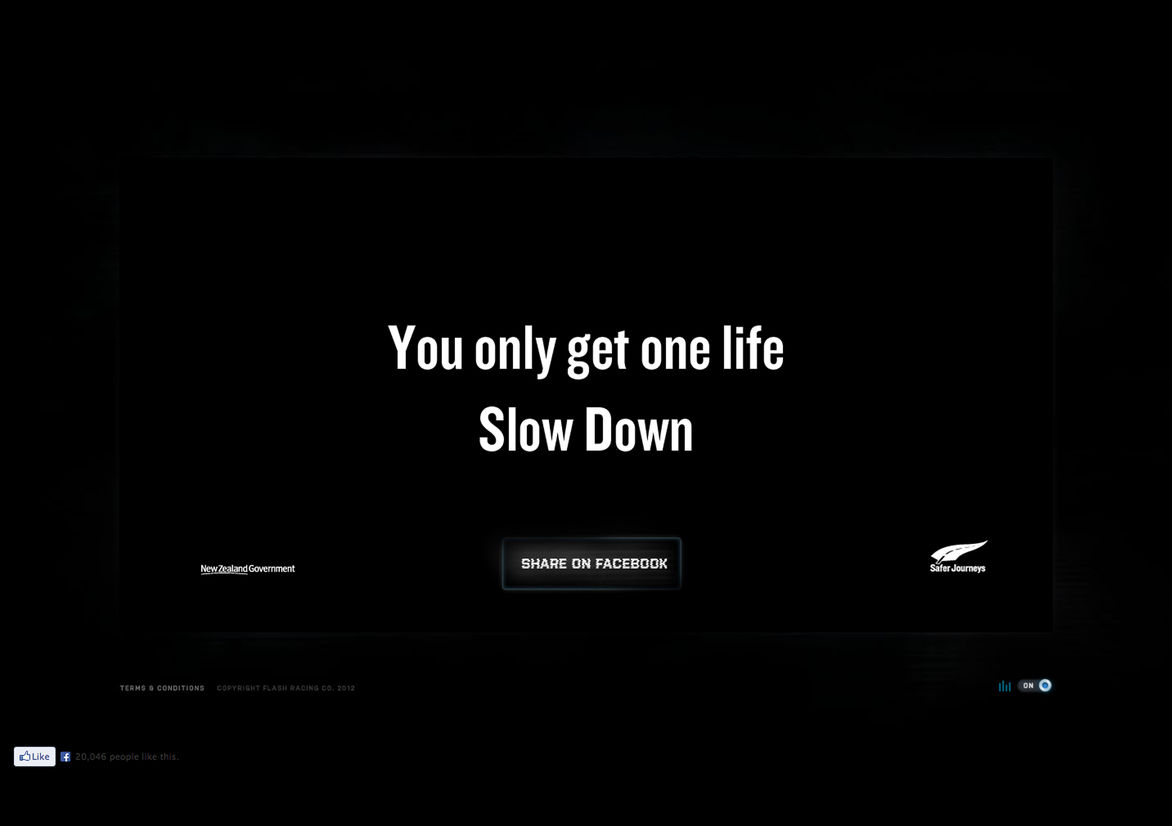 When was the last time a piece of design touched you? Made your heart beat faster, or made you experience premonitions of death?

Great concept, deft execution, engaging gaming in a browser, with a fantastic payoff.

This hits the spot. An appropriate use of vernacular, cutting edge graphics and integration with social media.

A young man is a curious thing (this works better if you can channel your best David Attenborough monologue), a risk-taking, adventure-seeking cocktail of testosterone and machismo, oblivious to his own potential mortality and, often, afflicted with chronic selective hearing.

Which makes him problematic behind the wheel of an automobile.

Being a hundred-feet-tall and bullet-proof appears not to stop young men from featuring at the pointy end of road statistics charts. They are, in fact, the most vulnerable demographic on New Zealand’s roads, accounting for more than half of speed-related crashes. For Road Transport New Zealand, the question was: how do you send a message to a group disinclined to heed advice via traditional communication routes?

Clemenger BBDO found an answer in the problem: speed. “Young men enjoy driving fast, and the element of danger simply adds to the excitement making it difficult behaviour to change,” they say.

Where, outside of the automobile, is it possible to enjoy the similar frisson of acceleration and speed? The target audience is also avidly interested in video games, and as such, the Flash Driving Game was conceived. The idea, however, was to subvert the notion of risk-without-consequence that pervades gaming.

“In the world of gaming they speed, they crash, they die, and then start all over again. We asked ourselves – could a personal death experience change the way that young men thought about speeding? Rather than their car magically re-building itself in two seconds, could we personalise the crash to make them stop and think about the real impact of their speeding?”

In games such as Gran Turismo or Forza Motorsport, a 200 km/h head-on collision might result in a three-second penalty and a slower lap time. In Flash, the designers thought that if real consequences could be shown within a digital framework of exceptional quality a message with real impact could be communicated.

“Our answer was to put our target in the driving seat and have them experience their own death as a result of speeding. Lure them in with a thrilling video game, then take it away from them and hit them with the consequences in a way that actually make them think.”

Digital agency Resn came onboard to bring Colenso BBDO’s idea to life, handling both game and ad builds and Facebook integration. Both agencies collaborated to achieve the graphic styling that was critical to the game’s duplicity. “Nailing this was hugely important. In order for the final rug pull to have real power, players needed to believe they were playing a real online racing game. Our audience was seasoned gamers…Furthermore, the interaction design needed to be just as rich. Nothing clunky. Nothing that would give the game away before players got to the punch line.”

Another agency, OMD, worked closely with Clemenger BBDO to get media featured in the sort of places gamers would be used to see ads for new games. They implemented a peer-to-peer seeding strategy that went beyond traditional ad placements. The game was also promoted as a major game release would be, with a launch party, a trailer, TV interviews and blog reviews, which led to keen anticipation from the intended audience. It was promoted as a browser-based racing game that promised to rival something they’d play on a console, which made it keenly anticipated by the target audience.

How does the game play out? The trick of the game is the canny link to the user’s Facebook account. For the first two minutes the game is a thrilling car race viewed from a first person perspective. However, as the player is developing familiarity with the controls, they are forced into an unavoidable crash. Suddenly, instead of watching a car regenerate, they instead find themselves watching their lives flash before their eyes, as a movie-like sequence of photos of loved ones tumbles across the screen in front of them.

“Having connected to Facebook our special algorithm showed them not just their friends, but those most special to them for greatest impact. As they gasp their last breath they are told, ‘you only get one life – slow down’.