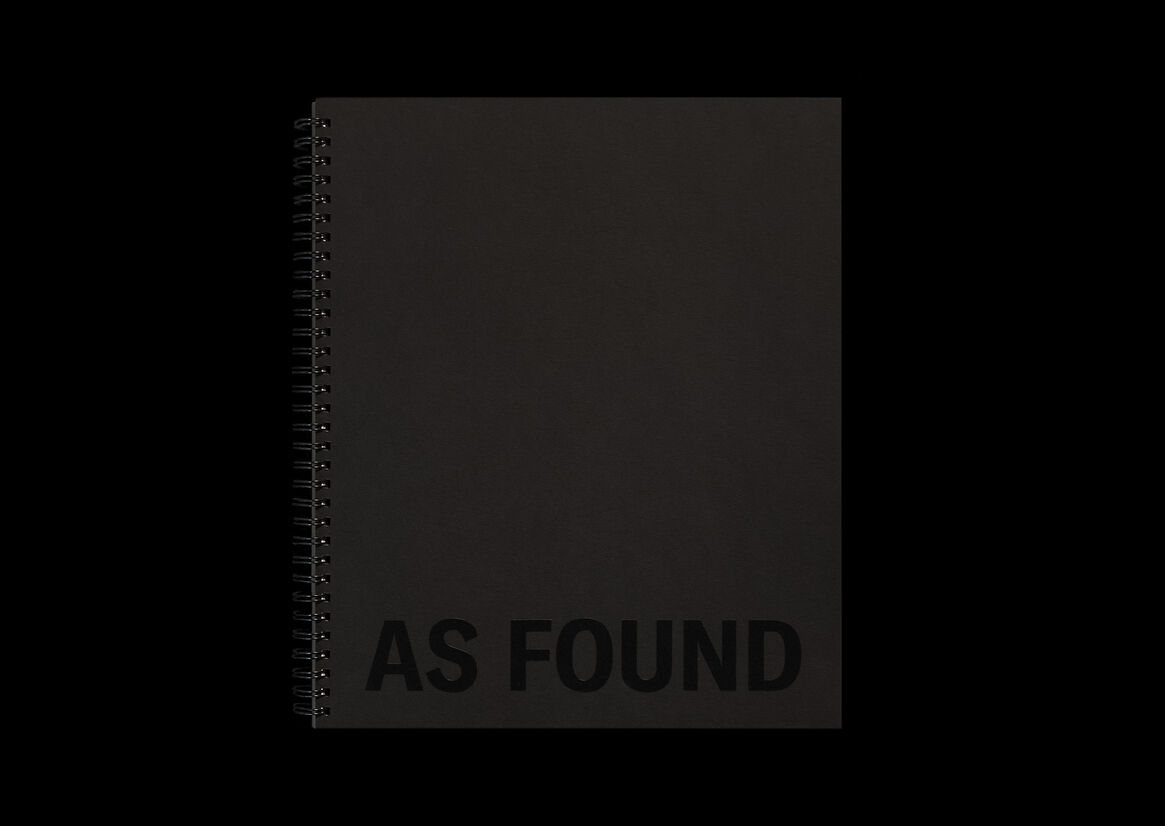 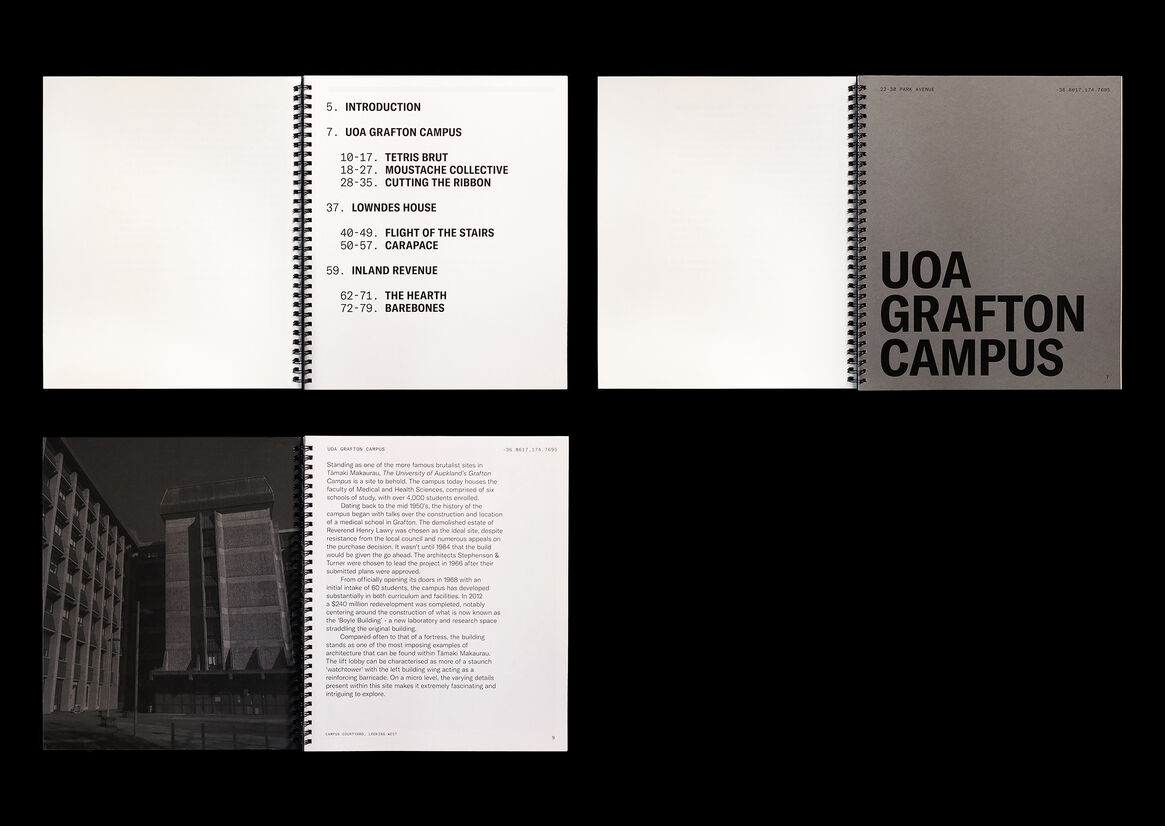 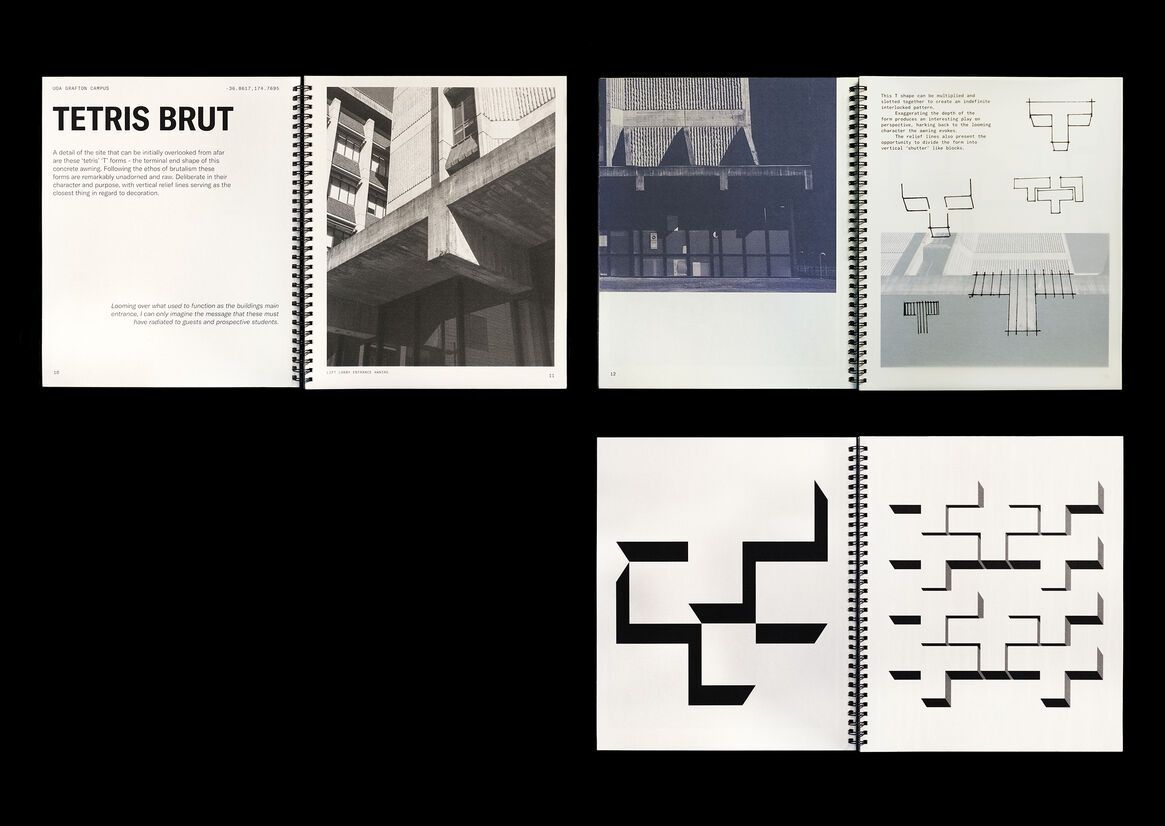 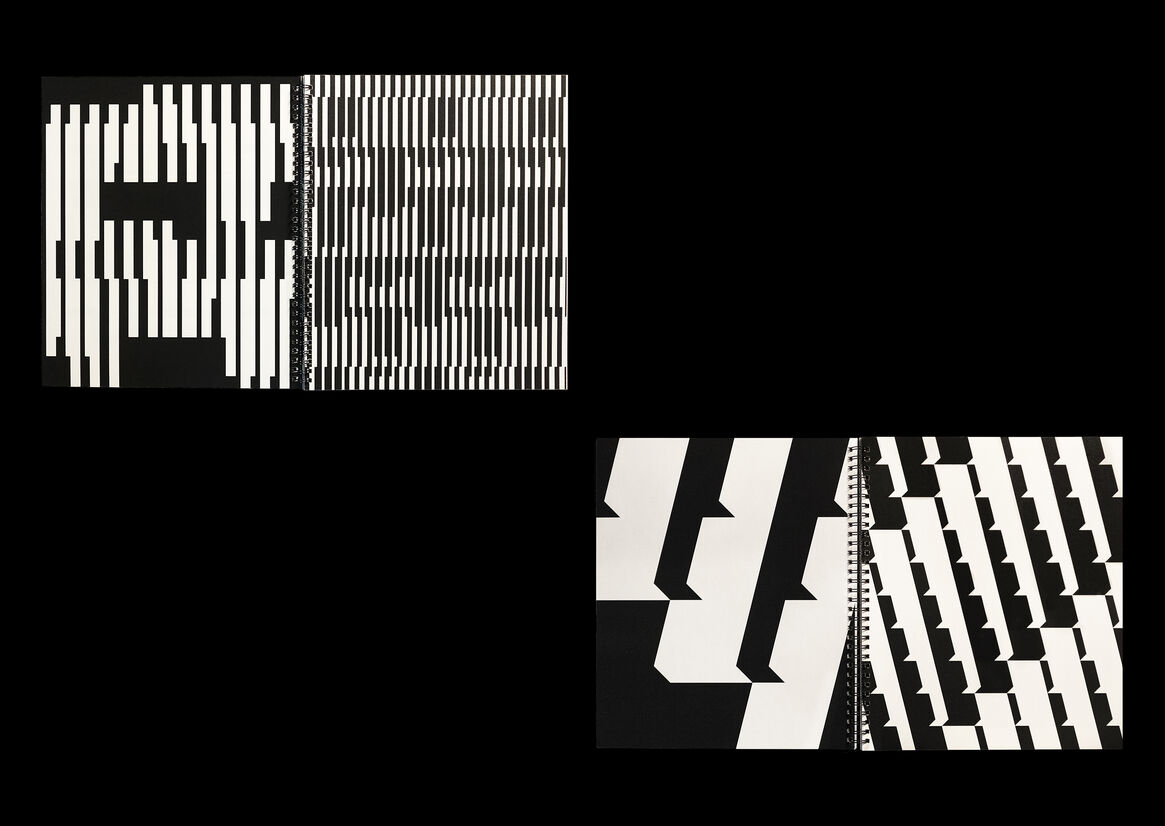 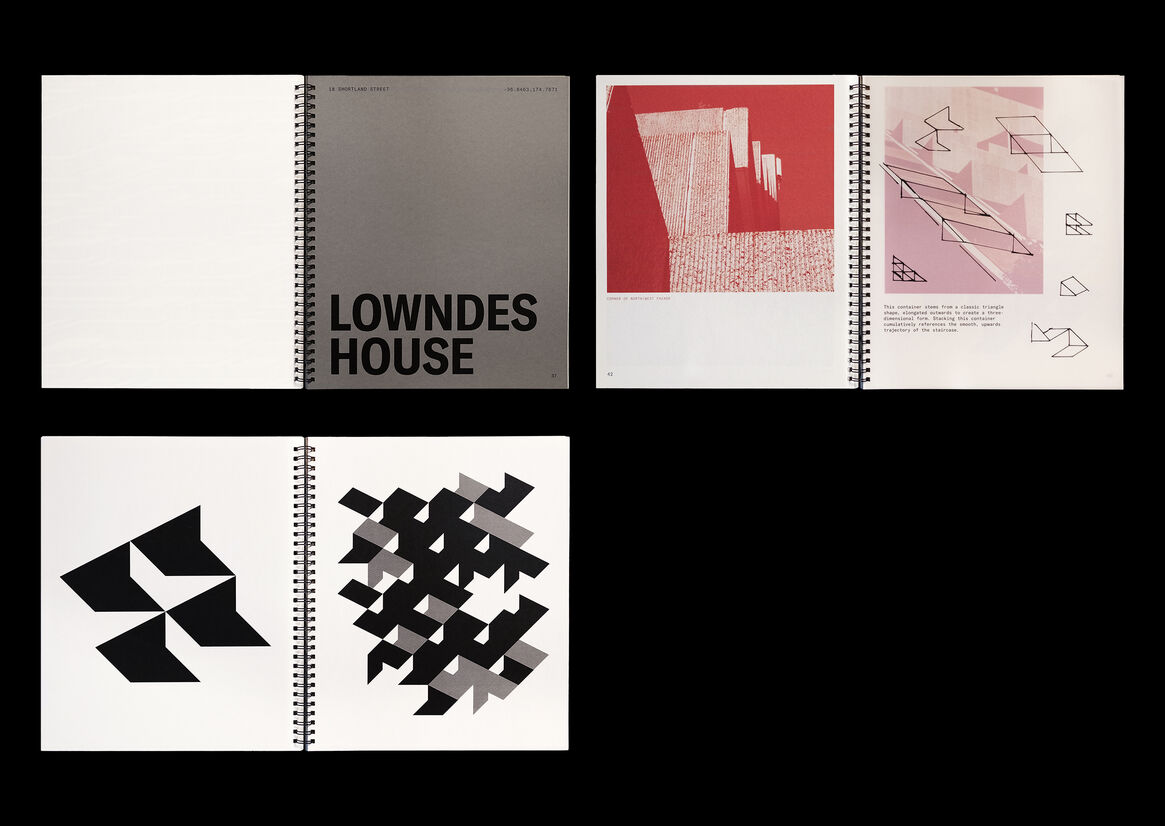 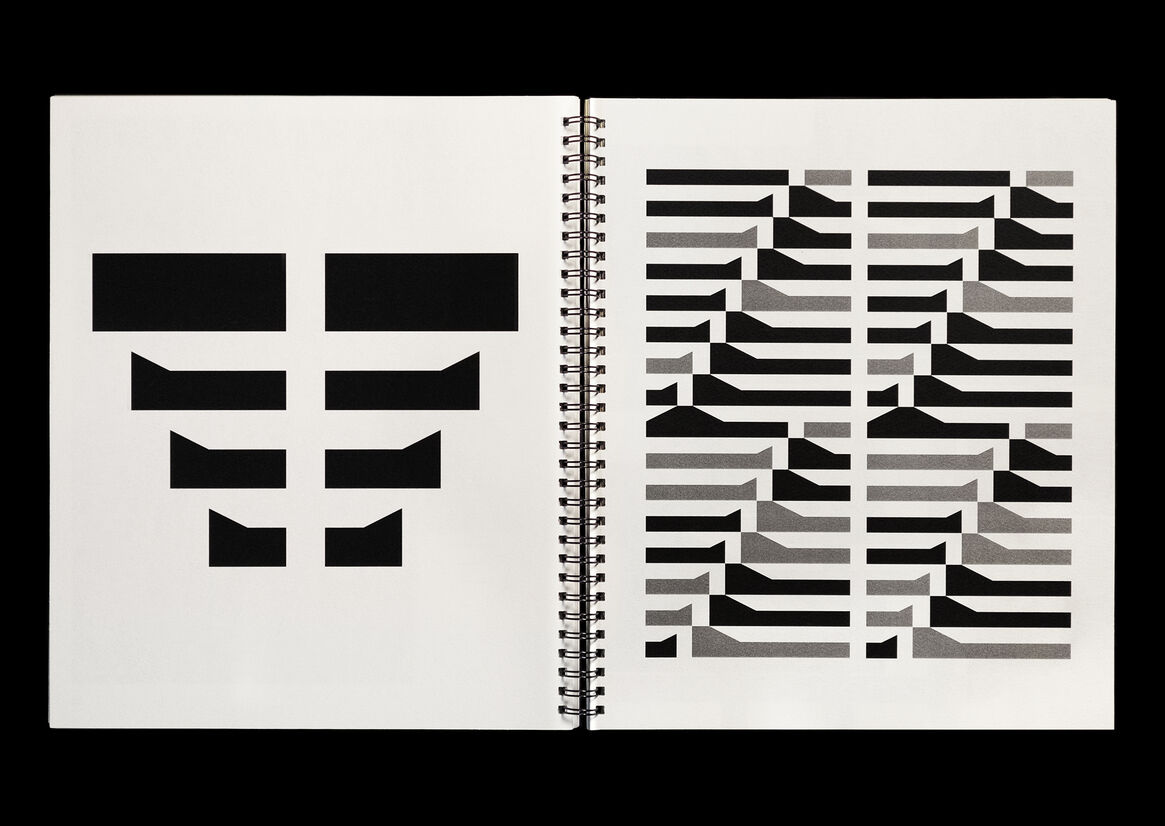 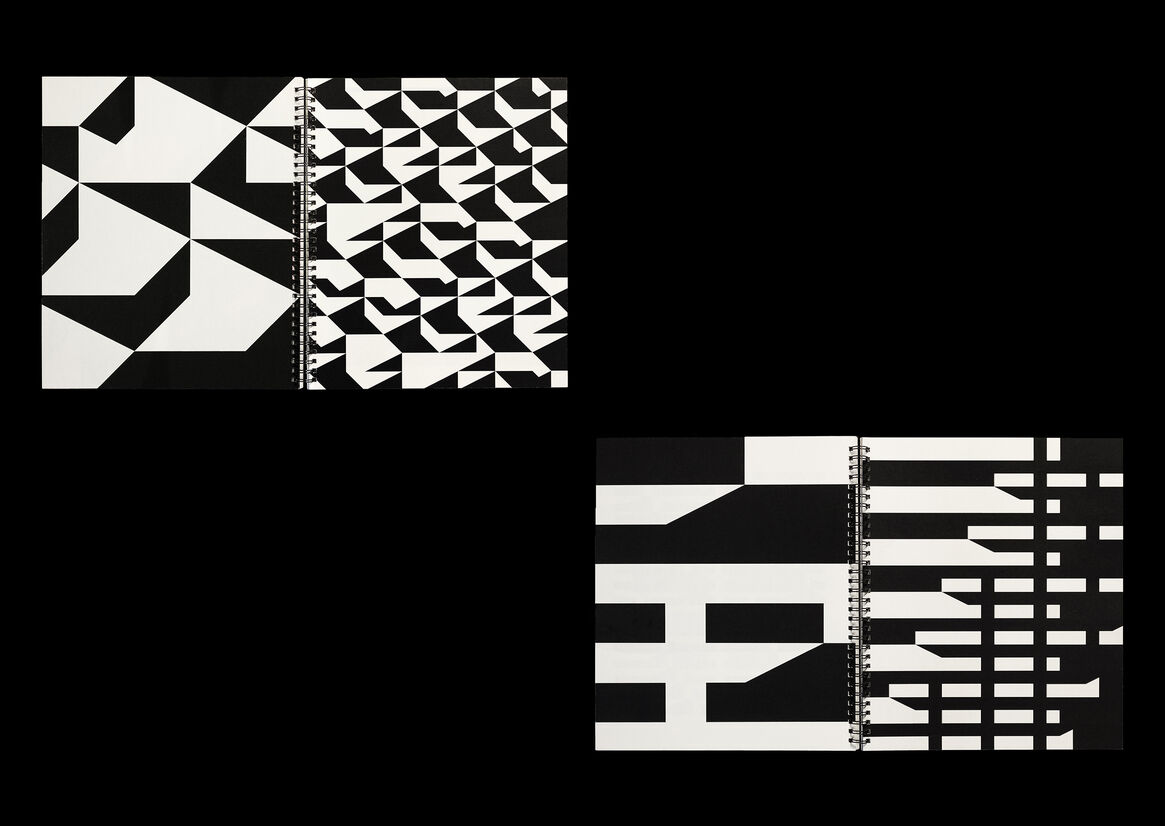 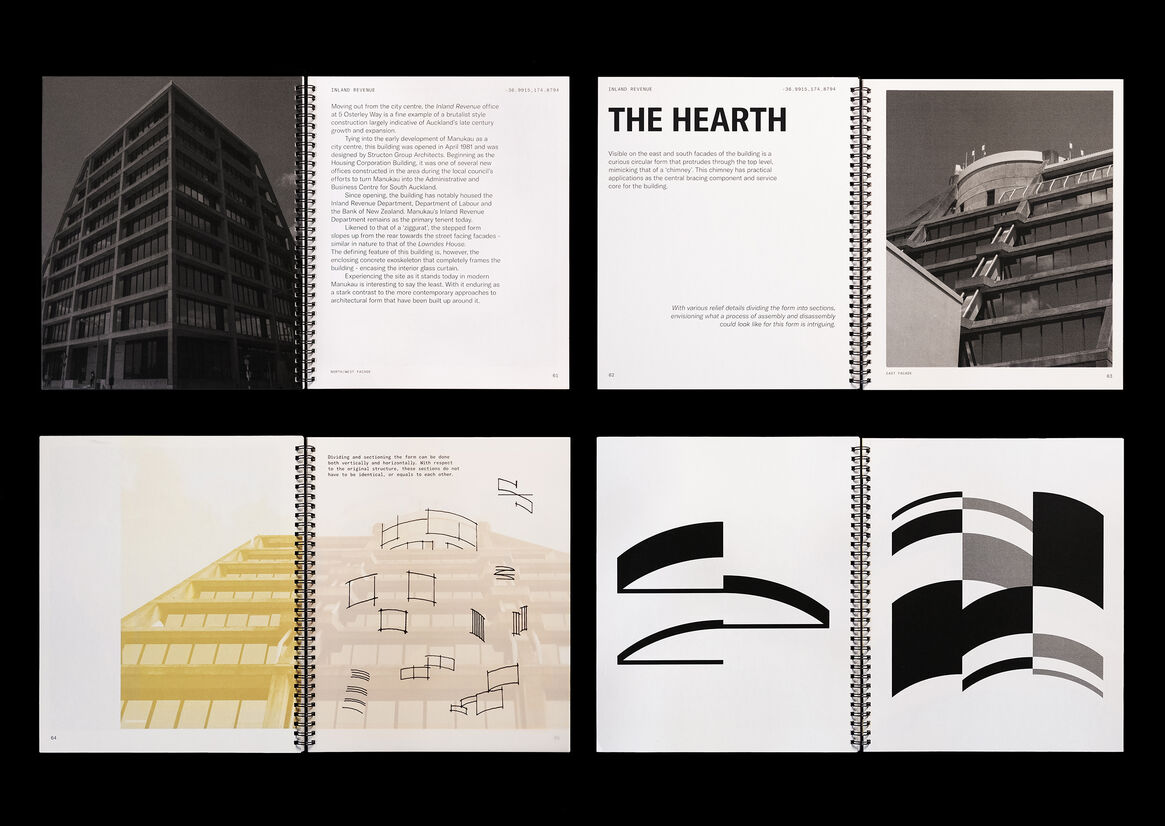 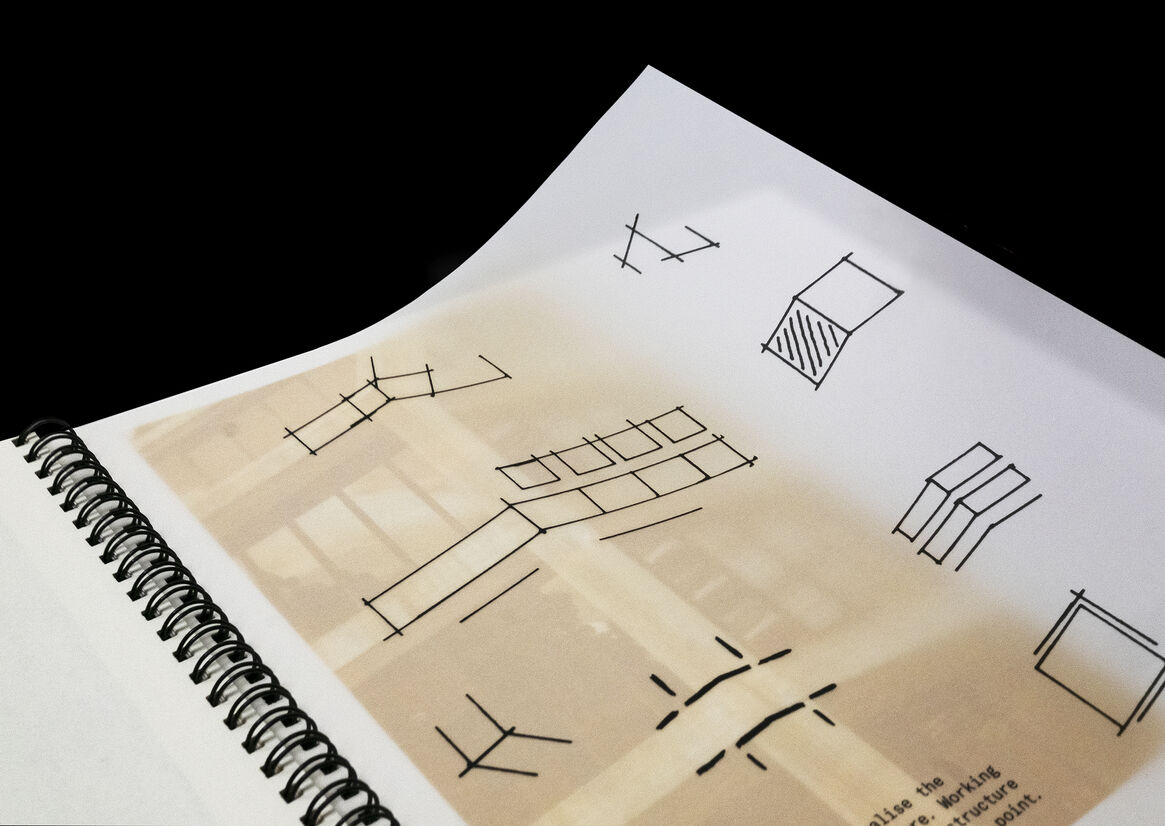 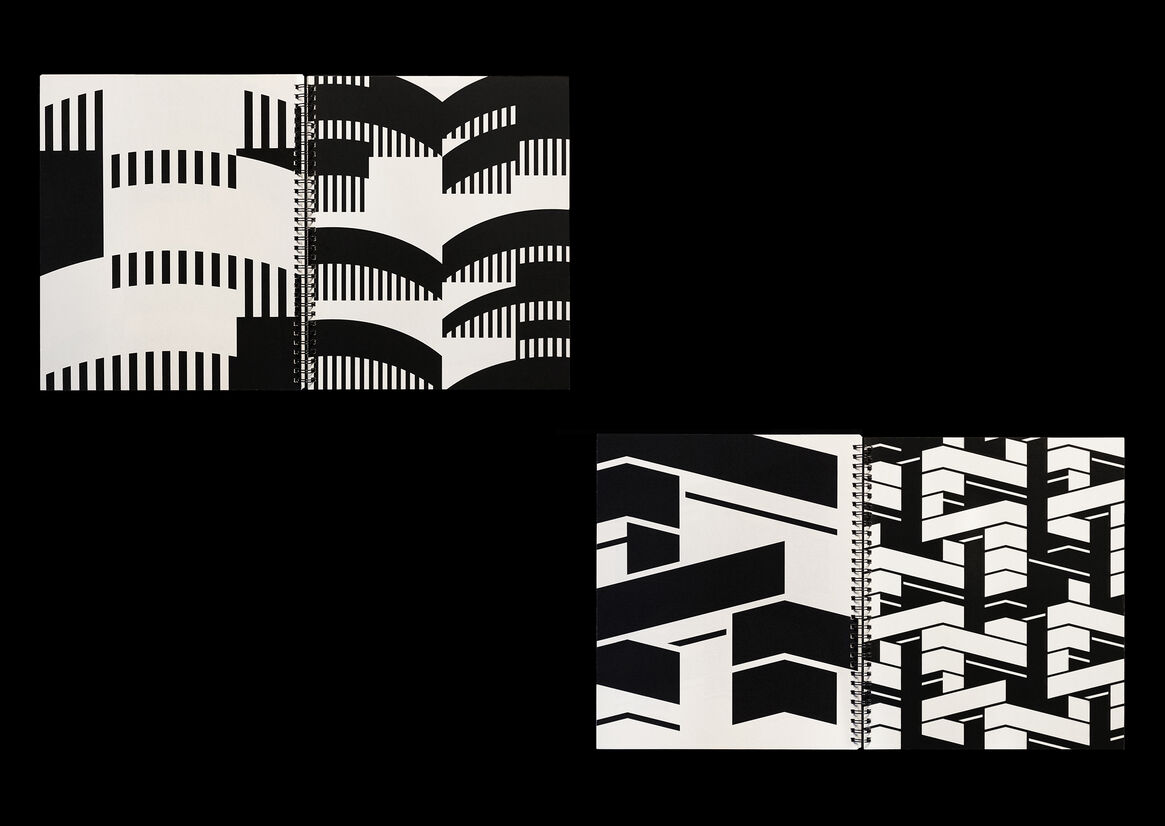 "As Found" is a study into the form, shape, and character of three brutalist buildings within the local environment of Tāmaki Makaurau, Auckland. It is also an attempt to explore, translate and render physical brutalist structures into graphic patterns and repeating motifs.

Brutalism was a mid-century architectural movement that first emerged in post-war Britain, dominating new forms of architecture domestically and internationally. Characterised by a functional and utilitarian approach to form and style, brutalist buildings deliberately showcase their structural elements, and make explicit their use of bare materials such as concrete.

With the movement imported to Aotearoa in the latter half of the 20th century, many notable buildings still remain standing and are used within our cities. Fascinated by their structures and context, I set off to explore the various possibilities that each building aptly presented and embodied to me.

Using photography, each site was extensively documented, capturing notable quirks that define and make each building unique. After rounds of sketching and tracing, a set of base forms from each site were taken forward and digitally developed. By exploring and testing interactions between negative space, perspective, and repetition, each form was recast as a full repeating pattern. Working on their unique characteristics and constraints, forms evolved into distinctive outcomes representational of each site.

The conclusion of this exploration serves as a starting point, with the intention of taking these patterns further into a variety of applications. "As Found" stands as a summation of my creative findings, a potential resource for anyone interested in viewing Auckland’s architectural history and form, from a new perspective.